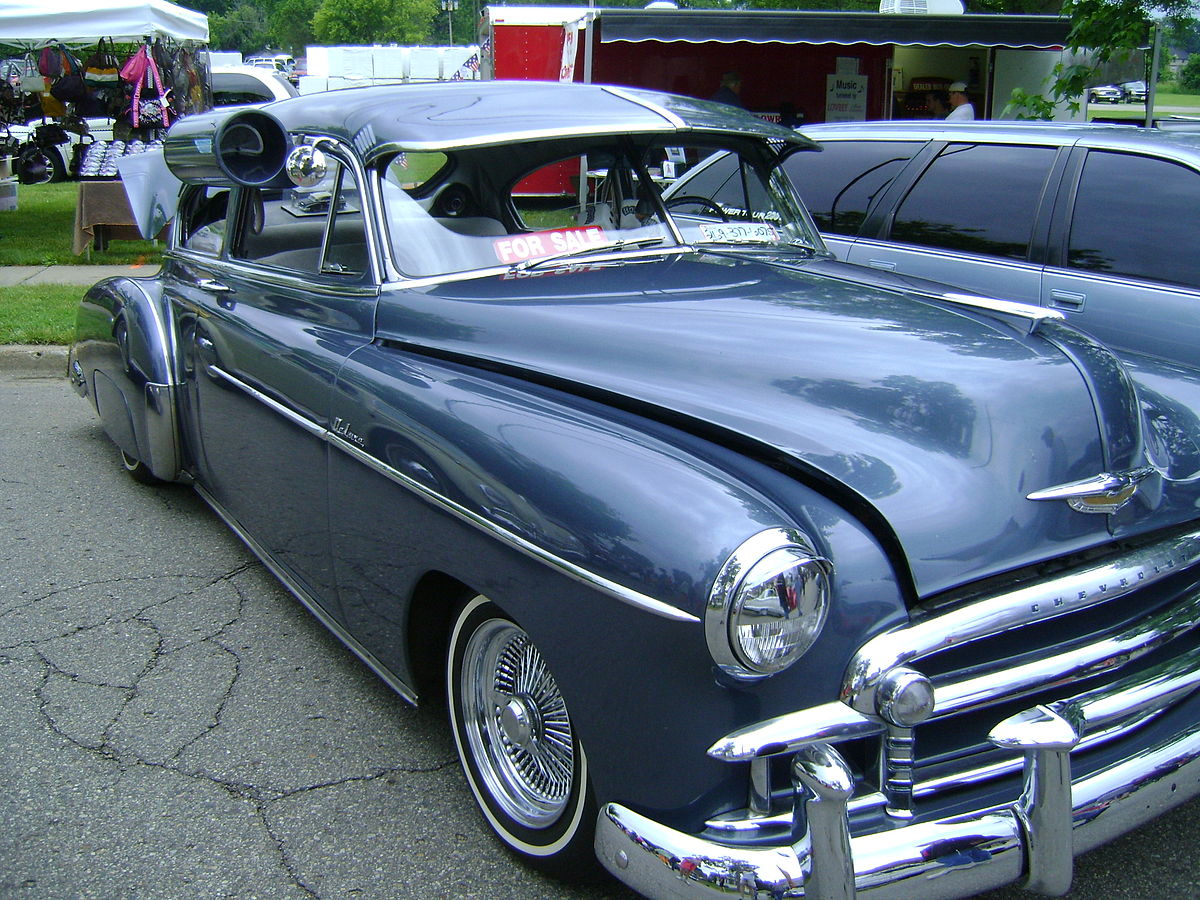 Although climate controls in automobiles are standard today, for most of automobile history, they were not. That’s if we’re talking since the beginning of cars, before mass production.

Even in the last century, drivers spent half in misery. Heck, for the first 40 years, cars rarely had roofs.

It wasn’t like there was some climate shift. Early car owners didn’t know any better. Horse carriages didn’t have climate controls so why would cars?

Then someone asked, why not? Heck, even in Detroit summers get hot, sweltering some years. Despite this, it wasn’t until the 1940s we experienced cool air conditioned interiors.

The invention of air conditioned auto interiors was the best luxury-cum-standard car feature of all time. 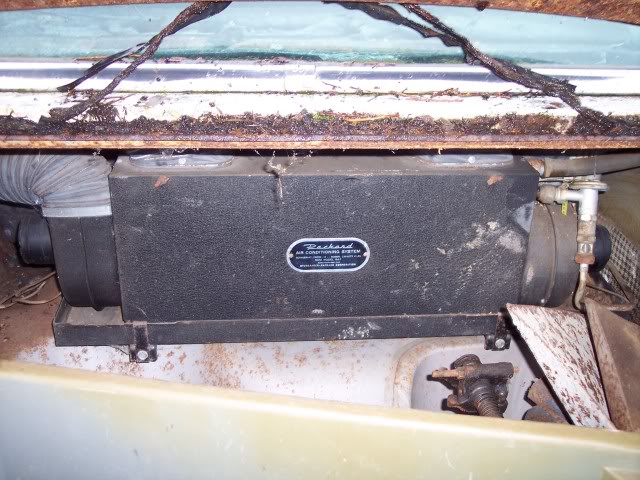 An icon of American engineering, Packard produced luxury cars so fine, folks considered them the premium vehicle of their day.

Before Packard came out with their revolutionary system, the best we could do was an interior fan or the car cooler. The latter was a swamp cooler of sorts. [Think: cool wet air.]

Car coolers didn’t make the air crisp like an AC. To make it cold like a refrigerator, Packard had to duplicate refrigeration technology, but in a car.

Using 1939 technology, that meant filling half the trunk with calling parts. But, that wasn’t the worst of it.

In a day of automotive technology where more functions moved into the automated realm, like the transmission or push-button dash features, the Packard AC wasn’t so hands-off.

To engage the system, one had to manually remove or loop the belt into the engine. There weren’t any in-dash controls. It was on or off. 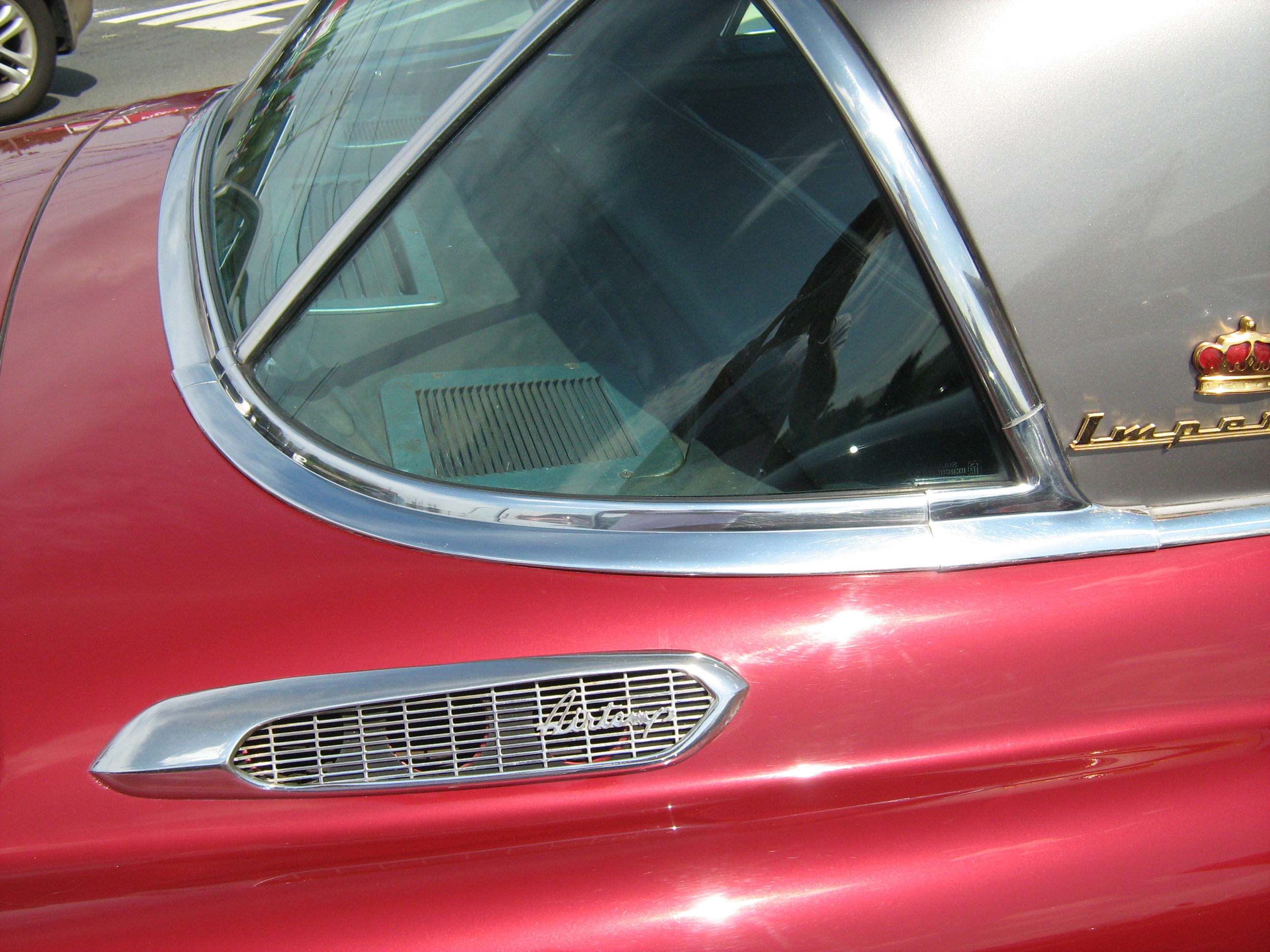 The forties were a tough decade in general, but especially for cars and car innovations. The United States was at war for the middle chunk of the decade. Innovation took a backseat to the War effort.

Even when World War II ended, families struggled to put themselves back together. It was no surprise that we didn’t revisit the idea of supercooled air until 1943.

Inspired by the air-conditioning system installed in the Chrysler building, Walter Chrysler wanted to put something similar in his automobiles.

The 1953 Chrysler Imperial offered another trunk-mounted system, like Packard’s, but smaller. They called their system (big surprise) Airtemp.

The Chrysler Airtemp system, unlike Packard’s, did not require attaching a belt. There was switch on the car’s dash. It was successful enough that Cadillac, Buick, and Olds offered comparable systems the following year. 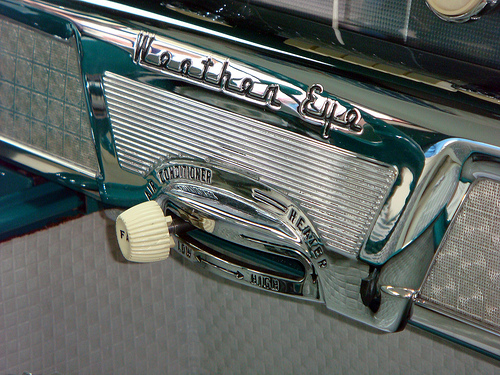 When Nash Motor Company purchased Kelvinator Corporation, famous for their refrigeration systems, the companies combined came out fighting with a niche already lined up.

It was 1937. At the time, nobody had in dash AC controls. Nobody had the technological know-how to miniaturize AC, but Kelvinator did.

In 1945, Nash handed control of Nash-Kelvinator to the former head of the Kelvinator company. By 1954, Nash automobiles offered the first interior controlled air conditioning and heating system.

One had to select hot or cooled air, but those Nash cars were a comfortable ride. The same year, Pontiac came out with a similar system. It was finally cool to drive around. 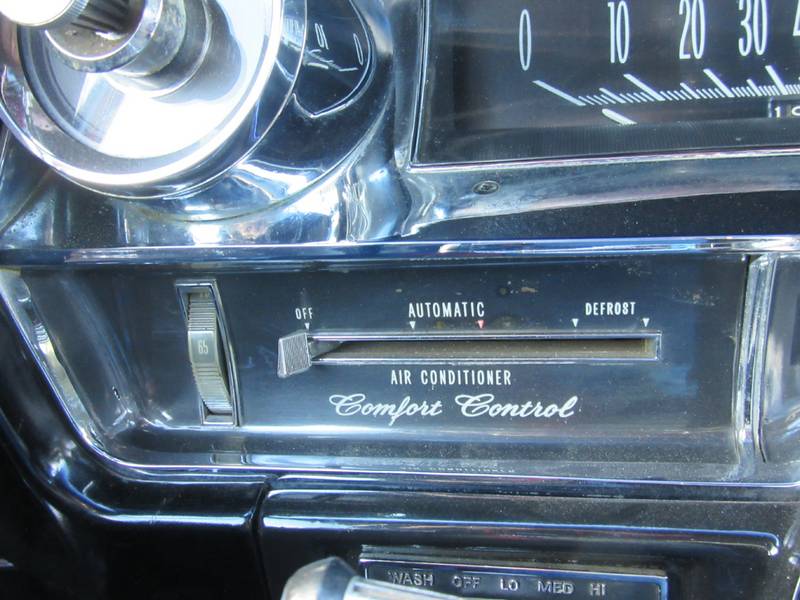 In 1964, the Cadillac car company, known for affordable luxury and slow drivers, upgraded the standard for interior climate controls.

The Cadillac system, Comfort Control, allowed passengers to set a temperature. The car’s thermostat would toggle heat or cold until it reached the desired temperature.

Since then, these controls have become standard in almost all cars, except the most basic in commuter cars. Highlighting air conditioning in a car ad today would be like highlighting an FM dial. Not cool.