Under the hood of your car lives a world of intrigue. You may look there and see chaos. Some see the fuel lines, the flywheel, radiator, fuel injector, and all the visible parts which make the car go zoom.

Digging into those parts is a whole ‘nother ball of used oil. Knowing what is what under the hood requires some education. You may have an older, though, which means you can still tell what is what. You may even get a little greasy digging around in there from time to time. Good for you.

When it comes to backyard car repairs, there are layers of talent. For most us, we’re impressed if we can refill the fluids, then change the oil, filters, and plugs. That’s basically what a mechanic does, right?

There are the folks who don’t mind pulling parts off the block, replacing gaskets, and cleaning pistons. These folks are getting closer to mechanics, but many of them draw a line at the transmission.

Even for many mechanics, repairing the transmission is something they contract out. Those things are complicated.

Without the transmission, though, how would anyone ever get past ten miles per hour? It is, as the kids say, “clutch.” Literally. Thankfully modern transmissions are problem-free for the most part. You get in your car, press the gas, and they work. That was not always the case. 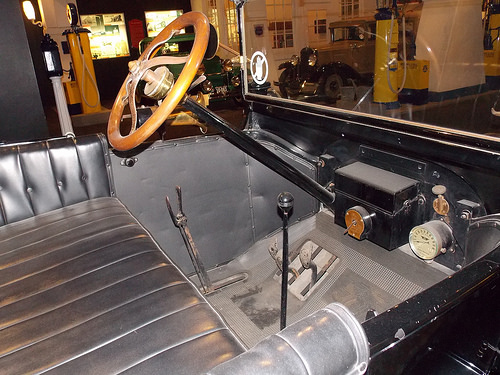 Prior to the automatic transmission, drivers had to shift manually. You know when someone asks if you “know how to drive stick?” Yeah, that’s not what we’re talking about.

Long before the modern manual transmission came into existence, one had to develop shifting skills. It was a matter of timing the gears with your car’s accelerator so you didn’t grind your gears down to nubs.

Like driving a manual steering wheel, shifting was no easy task. It was labor.

The first automatic transmission was in 1894. Two Frenchies, Louis-Rene Panhard, and Emile Levassor engineered one, but their version promptly broke.

In 1904, the Sturtevant brother from Boston, Massachusetts, developed another, but that one also failed. Then, two Brazilians José Braz Arrive and Fernando Lehly Lemos developed an automatic based on hydraulics.

Their invention was so good, the folks at GM took note. They may have even bought that technology from the Brazilians. History does not know. 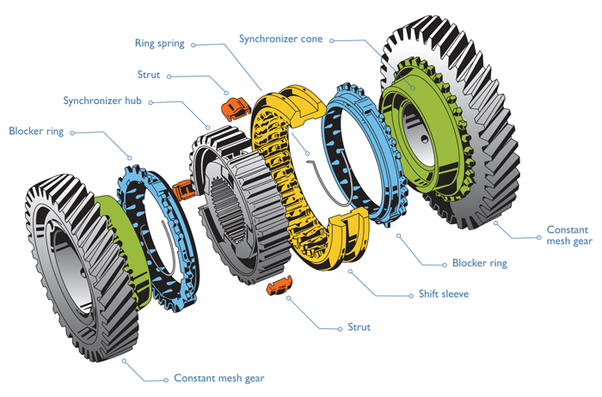 The folks at their Cadillac offices had already come up with synchromesh back in 1928. That technology made shifting a manual transmission like heaven compared to previous manuals.

In a synchromesh gearbox, gears would sync without the need of special skills from the driver. That said, drivers still had to shift and use the clutch.

The same engineer who developed synchromesh, Earl A. Thompson, also headed up the shiftless transmission project. That group started under Cadillac in 1932 but moved over to GM central research in the mid-30s.

By the end of the 30s, Oldsmobile and Buick offered semi-automatic transmissions. 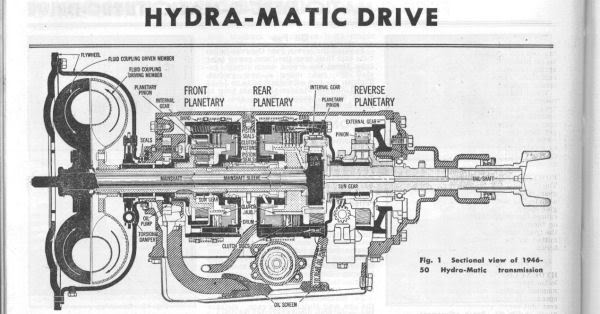 It would take another ten years of development at GM before they finally broke the mold on the HydraMatic transmission. The first production cars with no clutch were out in May of 1939, 78 years ago.

The 1940 models were the first cars to have fully automatic transmissions. It was an option, an upgrade from the baseline.

By the end of the 40s, Pontiac, Buick, and Chevy all offered automatic transmission options. At first, at least through the 50s, manufacturers bought transmissions from GM to put in their cars, including Rolls-Royce and Bentley.

Competitors within the GM family and from the outside offered alternative automatics by the mid-50s; the Dynaflow from Buick, the Chevy Powerglide, and the Ford-O-Matic. (Good name, Ford.)

Automatics, as we started to call them would transition into the market as standard.

Nowadays, cars in the U.S. offer manual transmissions as a novelty feature, something for the enthusiast. They’d be less enthusiastic if they had to shift them like cars from the 20s.