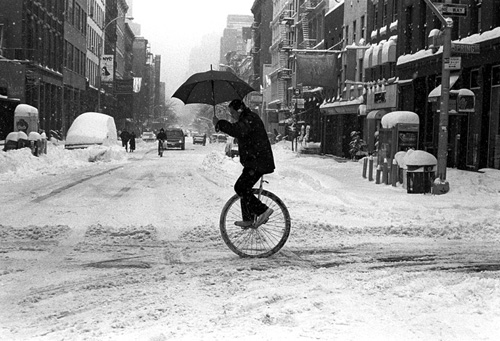 Most of us know the unicycle as that tricky one-wheeled contraption, born from bicycles. They look like half-bikes, but the unicycle is less like the offspring of bicycles and more like a sibling. We’ll circle back on that in a minute.

Like the Parkour crowd, those people who turn the city into a playground, unicyclists are a niche group of enthusiasts who gather in offbeat corners to practice their craft. There may be a whole crew of them in your neighborhood and you’d never know it, not unless they pass you on the street.

The environment where most folks know of unicycles is in the entertainment industry. Street performers and big tent circus operations employ unicycles to add a layer of pizazz to performances.

While it seems someone created the unicycle merely to entertain, in truth, this humble mode of transportation has a more practical heritage.

Yes, the unicycle is flashy if you don’t know how to ride one, but it’s also quite practical. It’s the purest form of wheeled transport in existence. 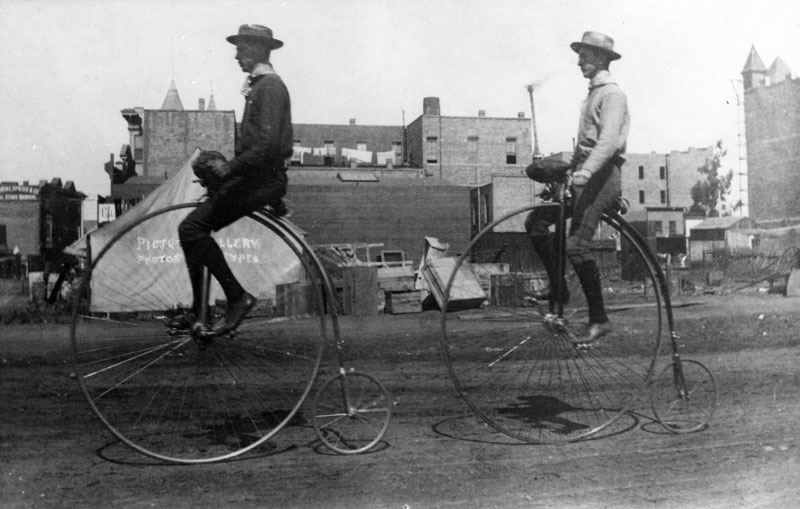 The first two-wheeled creations were almost bicycles, but it was the penny farthing that popularized two-wheeled contraptions.

Despite a few attempts by engineers in Germany, France, and Scotland to create the first workable bicycle, it was the velocipedes that grabbed popular attention.

We called them penny farthings, a nod to the large front wheel paired with a small rear wheel, like a penny and a farthing (coins) side-by-side.

Riding a penny farthing took talent, skills one could learn at a school, but they worked better than the bicycles with two same-seized wheels. The big front wheel facilitated riding over numbs and going faster.

That same front wheel created as many problems as it solved. Stopping was often disastrous, especially if it happened fast. Riders would fly over the handlebars.

Talented riders could rock up onto the front wheel without flying over the top, something like riding a unicycle.

It didn’t take long for someone to remove that tiny rear wheel altogether, making the first unicycle. When or how, exactly, is anyone’s speculation.

Most of us see the unicycle as an evolution from the bicycle, in an effort to make something more challenging, but it was more likely a move to make the penny farthing less challenging.

The bicycle developed separately. Thus, they are siblings. 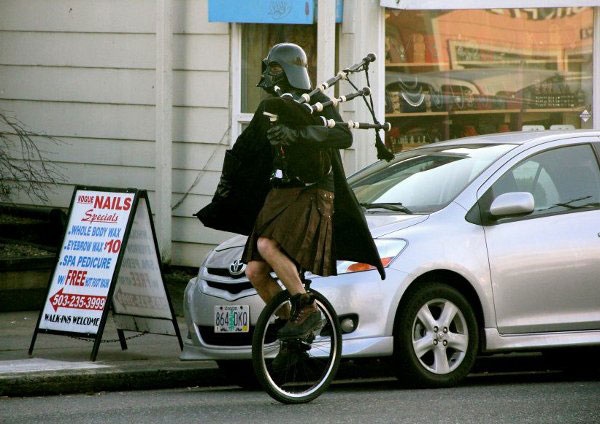 The sort of person who decides a unicycle is the best way to get about it a unique individual. Even riders who acclimate to the process, struggle somewhat with staying upright all the time.

There is no arguing, unicycles take a different level of focus than their two-wheeled siblings. Still, the reward outweighs the challenges, right? Perhaps.

Maybe unicyclists are drawn to the activity because the unicycle offers the simplest form of transportation beyond the human feet? Unless we’re talking about the fancier versions (next section), the unicycle is one wheel, a seat, and two pedals. That’s it.

No other form of wheeled transport gets closer to simple than that, not event the skateboard with its four stable wheels.

Not everyone can appreciate such things, though. This might be why unicyclists always seem… quirky.

For most of us, we’ve been witness to the standard freestyle unicycle and one of those big ones, which make for good street performance fodder. The big ones, by the way, they call giraffe unicycles for obvious reason.

Once one perfects riding a normal unicycle, the hardest part of riding, say, a giraffe unicycle is getting on the seat. It’s otherwise the same game.

The Munis have thick wheels like a mountain bike, and yes, riders take them off road. Touring unicycles work best for covering more ground.

From there, things get a little weird. Stacked unicycles stack multiple wheels between the rider and the main wheel, for… effect? Geared unicycles are giraffe unicycles, but with gears for a mechanical advantage.

They even have self-balancing unicycles, which use computers and gyroscopes to keep the unicycle balanced. This list barely scratches the surface of the full list of unicycle options. 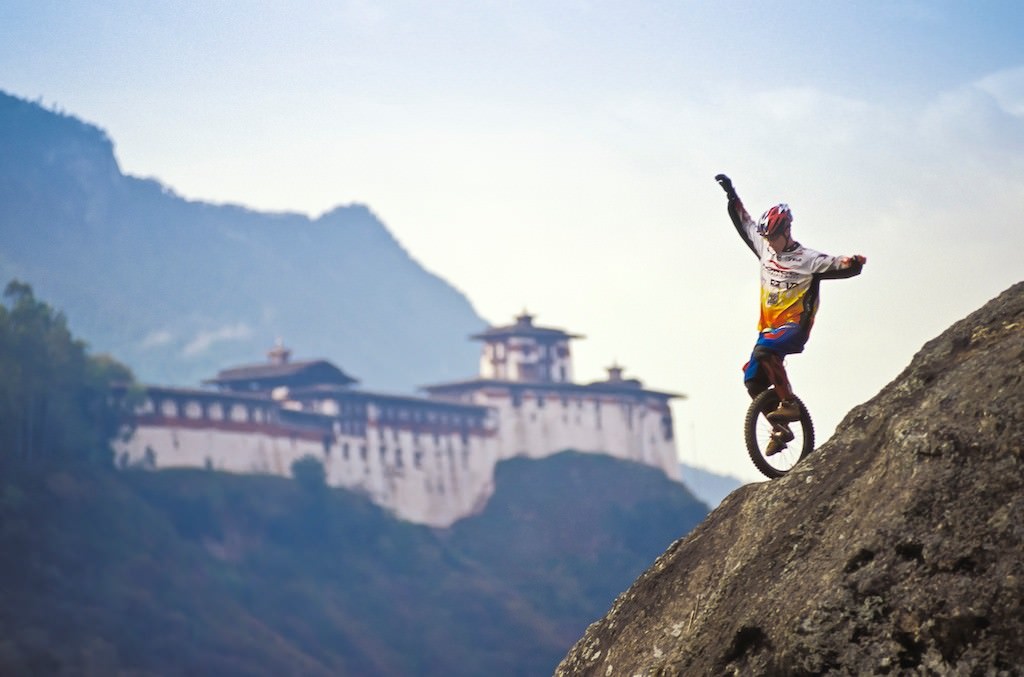 All these unicycle variants all lead to one obvious outcome: unicycle-specific sporting events. Team sports like basketball and hockey are popular. Adding the unicycle dimension to these sports creates a whole different layer of challenge.

There’s even a handball game build around unicycling, but the sky’s the limit. There is nothing stopping enthusiasts from starting unicycle dodgeball groups or unicycle-parkour for the ultimate mash-up. (I totally thought I made that up until I found a guy who jumps staircases on his unicycle.)

The Ride the Lobster Race in Nova Scotia, Canada covers 800 kilometers of ground and involves 35 teams from 14 countries.

Or, if one really wanted to learn more about all the options, she could attend UNICON, the unicycle convention held in different locations all around the world.

That event is an endless network of unicycle enthusiasts and events built around this great-grandchild of the penny farthing.

Begun in 1980, a man named Jack Halpern started the International Unicycling Federation (IUF), which oversees UNICON. If one were so inclined to learn more, their site would be a good place to start.

Meanwhile, ditch that penny farthing you’ve been riding for something easier, a unicycle.