Since it’s National Bike Month in the U.S., this is a perfect a good time to look back on the development of the two-wheeled modus onerariis or method of transport commonly known as the bicycle.

It’s hard to say for sure what is more interesting about the history of cycling, prior to Lance Armstrong finally admitting he doped all those years. For many, it’s the debatable title of “the first country” to invent the bike or one its predecessors.

Those predecessors alone are a history unto themselves, some crazy rides you would be a brave soul to ride. For other’s it’s the continued fragmentation of the sport, leading up to modern history. 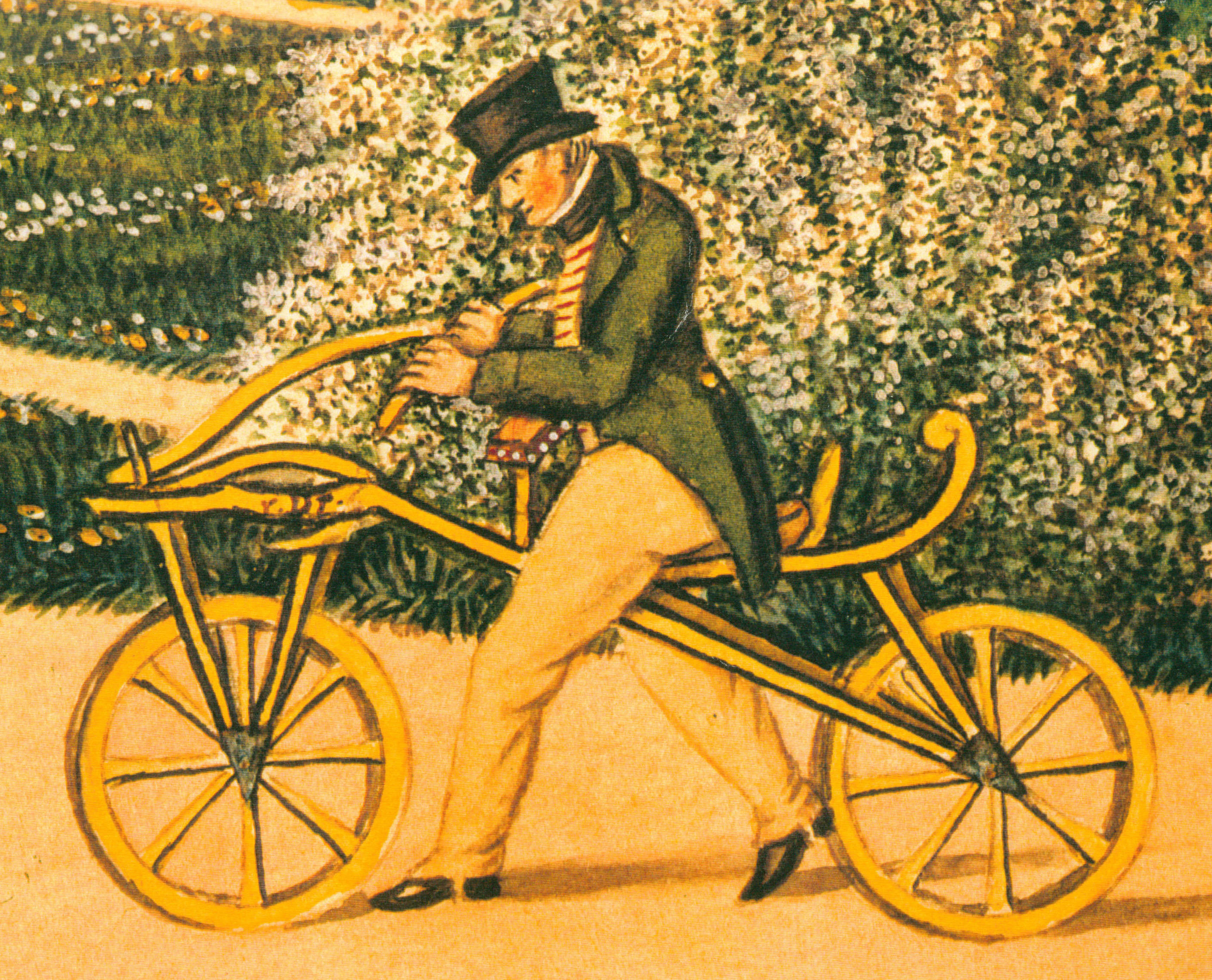 Well… this is one of those areas where history leaves us a little pressed to give easy answers. There were many bike-like inventions leading up to today’s familiar bike template.

If the definition of a bicycle is two inline wheels with a steering wheel and a seat, then the award goes to Baron Karl von Drais, a civil servant to the Grand Duke of Germany. His creation in 1817, the Draisine, did not have pedals, functioning more like a velocipede.

At the time, Drais’ design took the nickname, the dandy horse. It was like a seated glider.

Everything leading up to Baron Karl von Drais’ design falls into the category of controversy, with arguments on both sides.

One such case includes a purported design by Leonardo Da Vinci, backed vehemently by supported, but suffers under the scrutiny of science. The library in Milan tested the drawing and determined it was a fraud.

If you define a bicycle as only that which has pedals in addition to the other mentioned parts, then you will only give credit to the French. In 1863, in Paris, an inventor named Pierre Michaux added pedals to the front of the velocipede.

But, if you’re Scottish you will maintain that the Scots, a blacksmith named Kirkpatric Mcmillan, invented the bicycle. Sadly, though, you believe a hoax.

The title goes to the Germans or the French, separated by pedals. 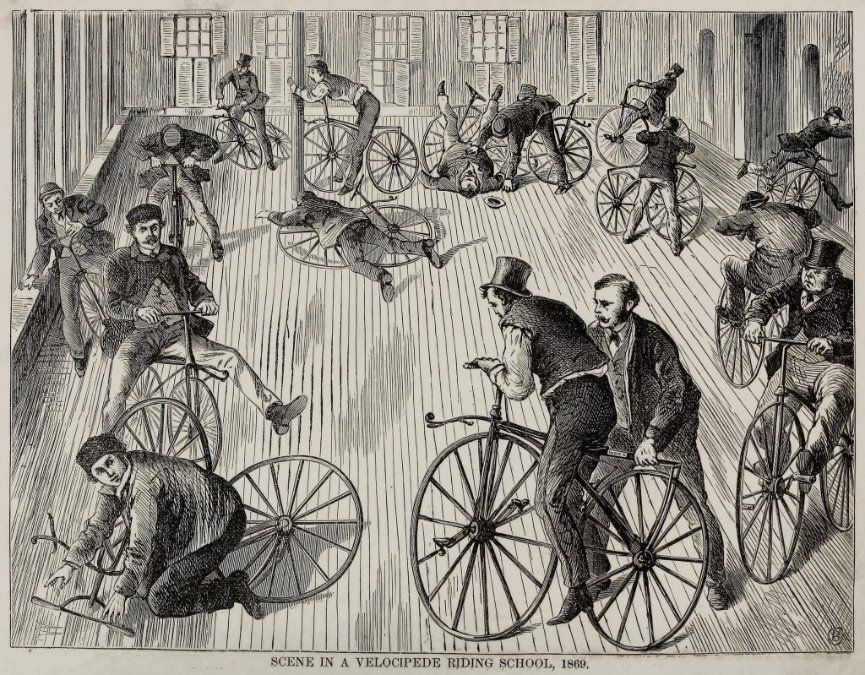 The velocipedes were weird. The first ones were often big wheel in front, small wheel in back. They had no pedals, this much we know, but they also had no breaks.

Getting in the seat of one took talent. The French opened acrobatic schools to teach fans how to ride them.

At the time, roads were cobblestone, not the smooth things we drive today. Even our worst roads would be an upgrade.

Adding to that, most velocipedes had metal wheels, mounted to wood or worse metal frames. They would sometimes fall apart due to our engineering limitations at the time.

The experience riding one was metal wheels banging down cobbled sidewalks with no brakes or pedals. It’s amazing they caught on. No surprise, it didn’t take long for cities to pass ordinances or laws prohibiting one from riding one.

It was 1890 before we saw the first bike called a “safety bike.” That bike was more sturdy, comprised of two same-sized rubber wheels. This invention went into mass production, changing how professional got around cities.

It also rang the death knell for farthingales, the bustles women wore at the time to make their dresses billow. Farthingales didn’t work with bikes. 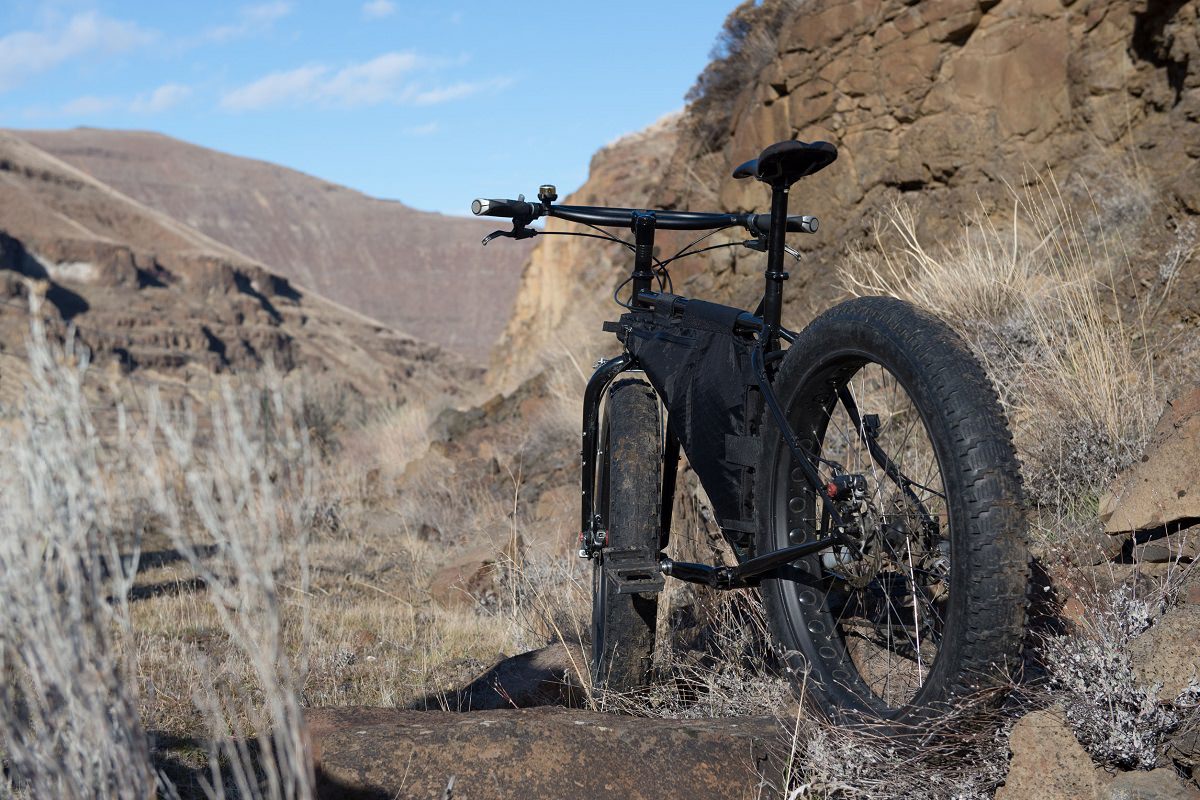 If you grew up in the 1970s or 80s, there were two bike styles: fixed gear variants or multi-geared bikes, “ten speeds,” as we called them. Fixed gear bikes were good for learning, but adults rode ten speeds.

Today’s bike options are too fragmented to cover in one blog. The most recent craze is the fat tire bikes, which dwarf the previously fattest tires found on mountain bikes.

We’ve also witnessed an explosion in materials. When this all started, humans had wood and metal. Today’s bike may be neither.

Enterprising engineers have built bikes from the strangest materials, fiberglass, bamboo, and even cardboard.

In recent history, as trends often come back, fixed gear bikes returned to popularity for their light and simple design elements. They’re still a bear to pedal uphill.

The bigger point of history for today’s riders is retrofitting our cities to allow safe space for bikes to ride. Slowly, we are returning to a world that would make the Gay 90s proud.