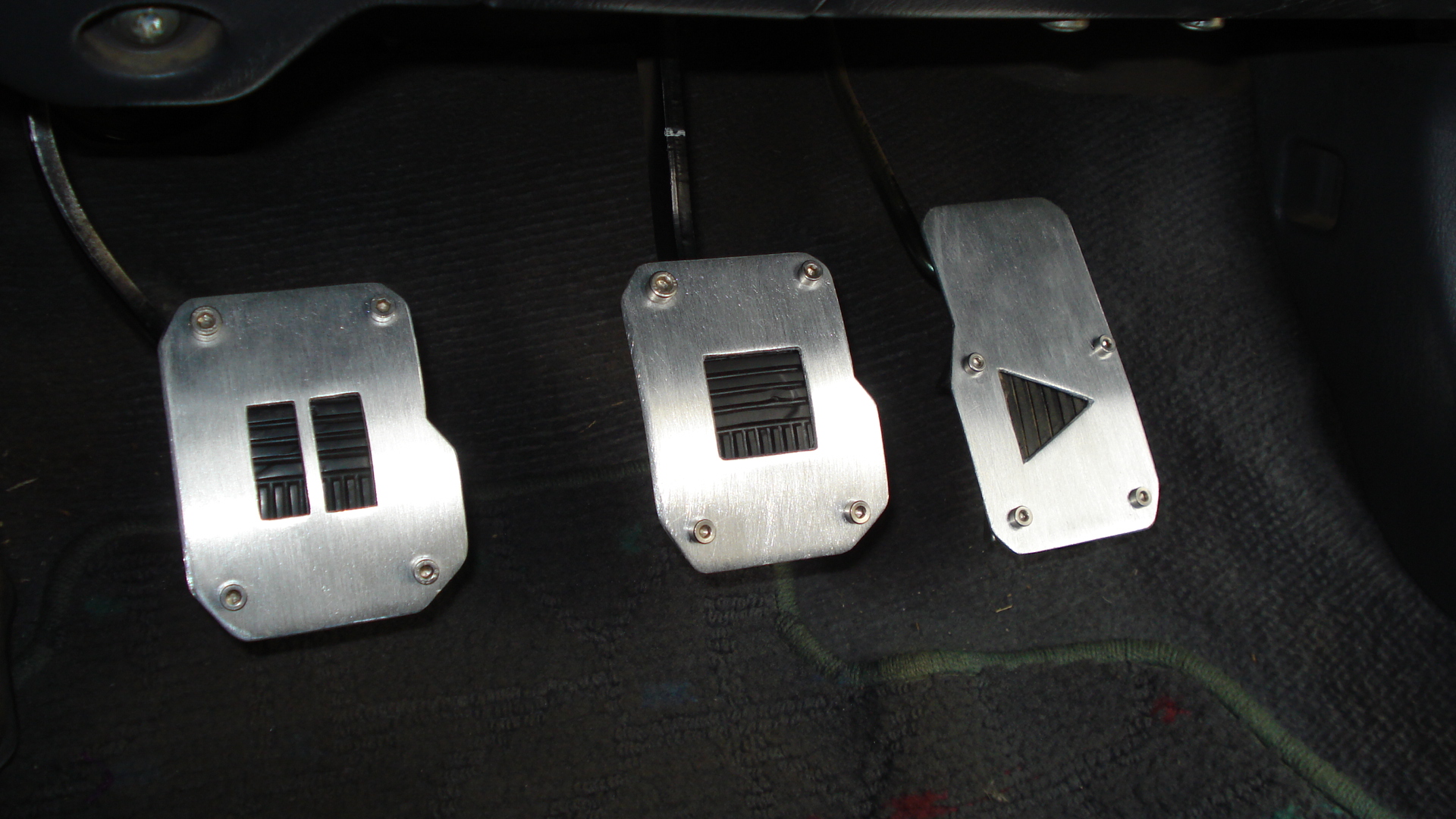 The pedals, and for that matter the operational controls of the automobile haven’t changed recently enough that anyone can say, “I remember when…”

Sure, humanity has enjoyed some variants, modifications made for one reason or another, but the gas pedal remains the right, the brake on the left. It’s the same everywhere; even in silly places where they drive on the left side of the street.

With few exceptions, motorcycles have a throttle on the right handlebar. Why do cars have them on the floor?

As it turns out, Cadillac set the standard on automotive controls a long time ago, and with few exceptions, they’ve stayed the same ever since. 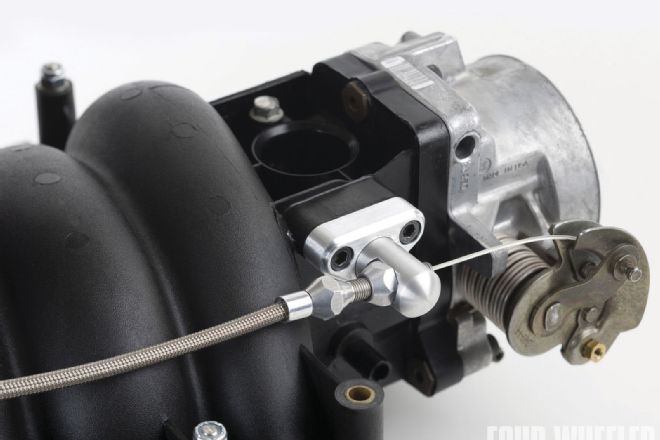 On a motorized bike, one uses the throttle to go faster. In a car, one presses the gas pedal or the accelerator to do the same. Nobody twists the gas handle on a motorcycle, and asking someone to jam the throttle in a car may be the fastest way to confound them.

And yet, cars do have throttles. That’s usually a more technical term, referring to the part under the hood which controls the amount of fuel going into the motor.

For the driver, the gas pedal or accelerator controls the throttle. On motorcycles, the operator is closer to the mechanics of the engine. There is no middleman between the operator and the engine.

If we moved the automobile’s throttle into the cabin of the car, then told the driver to pull it as much as she wanted to go faster, that would be silly, but it would then be a throttle. 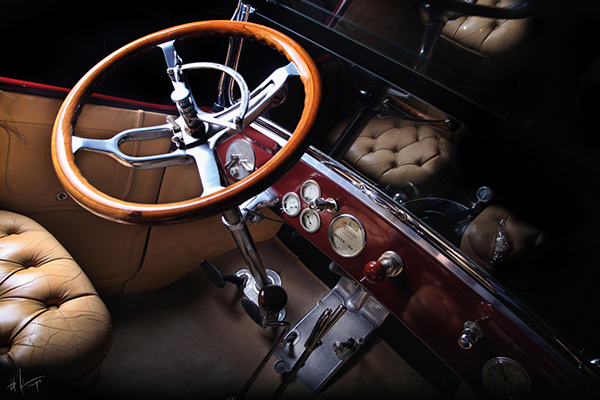 Humanity had the first internal combustion car in 1886. There weren’t many to start, one-offs and small batches of production cars, but only for the wealthy and adventurous.

In 1916, Cadillac built the Type 53, a 77 horsepower V8. That car was the first car to have the gas pedal on the right, the brake pedal in the middle, and the clutch to the left.

The steering wheel was just that, a wheel, but they weren’t all steered by wheels at the time. We’ll come back to that in a second.

Public response to the Type 53, what little there was, was positive. People liked the layout. It made sense.

Austin Motor Company in England copied the layout first, then everyone else fell into line. Without no formal agreement, the industry standardized car controls like it was destiny. 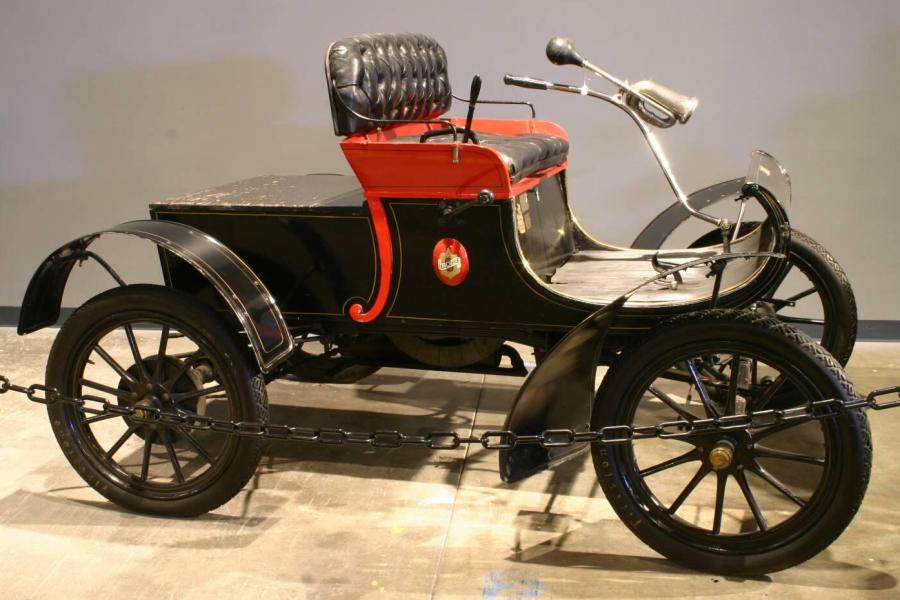 The gas pedal as we know it works well for those with legs long enough to reach. Exceptions to this are people who are either missing limbs or those who have legs too short to reach.

Case-by-case, those drivers may have an accelerator near the steering wheel or some such arrangement.

The steering wheel is standard, almost unchallenged in 100 years, but there have been some attempts.

At first, the steering wheel was a tiller. Early cars sometimes had a steering stick, which the driver moved left and right to steer, like a tiller. They were cheaper to install and not much less effective.

There was also the failed Wrist Twist, an invention by Ford Motor Company in 1965. There have been countless efforts to introduce joysticks or other steering devices, but the steering wheel, as it was in 1916, remains king.

The pedals, however, have suffered fewer contests.

In 2010, Popular Science reviewed an invention designed to replace the gas and brake pedal with one pedal. The inventor, Masayuki Naruse, has been trying to get them in cars for decades.

No chance. Cars will go fully automatic before that happens.

The most likely reason for slow or no change in car operating controls is that cars can be dangerous, but there’s nothing wrong with the controls. Translation: Ain’t broke; don’t fix.

Drivers are accustomed to operating cars with the controls as they are. Changing them now could be disastrous. We can all thank Cadillac for that.