While it may be hard today to imagine automobiles without that characteristic ring in front of the driver, one must never forget that the first cars used tillers, not steering wheels.

Once we figured out the steering wheel, however, it fixed its place permanently on the left side (or right one in the U.K.) of the cockpit.

Ford’s test of the Wrist Twist system was a formidable threat to the steering wheel, the best since the tiller, but not reliable enough to replace the oldest invention of all time. 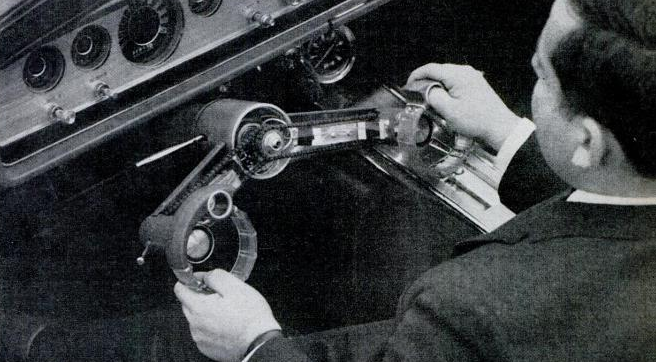 Coming from the aerospace industry, Robert J. Rumpf was the genius behind the idea. Ford brought Rumpf to spruce up the Ford family of cars.

The Wrist Twist had to be the most phenomenal of his ideas. The two wheels split the work of one into smaller wheels, allowing the driver to do less physical work.

Sure, the Wrist Twist looked cool, but it was all about the arm rests.

With a traditional wheel, one must keep the hands at 10 and 2. Turns require full arm movements, from the shoulder. Something like a video game controller, the Wrist Twist reduced that whole operation down to only forearm movement.

The wheels did not function interdependently with the front wheels. In theory, one could drive with one hand for a minute. 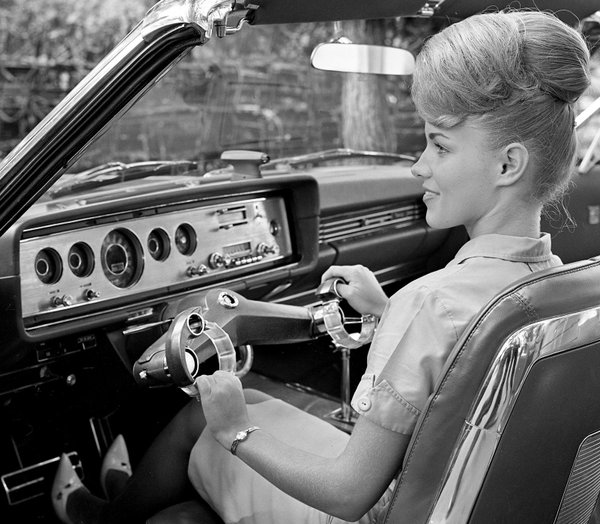 Whether this idea would fly to day is up for debate, but ford would’ve needed to hire a new marketing team. The video they released at the time was subtle, but sexist, despite what may have been an attempt to promote female drivers.

Instead it the promotional video was an condescending characterization of women. Early on, they introduce a female driver, saying they tested the system using “a driver who promises to be about as non-technical as they come.”

Then, as she flawlessly parallel parks the Mercury on a city street, the overdub cites what is clearly well vetted data: “most women agree that parking is the most taxing part of driving.”

Of course, they didn’t come right out by saying “women are inferior drivers and don’t understand concepts,” but they might as well have.

In fairness, it was the 60s. Who was talking about equality way back then? 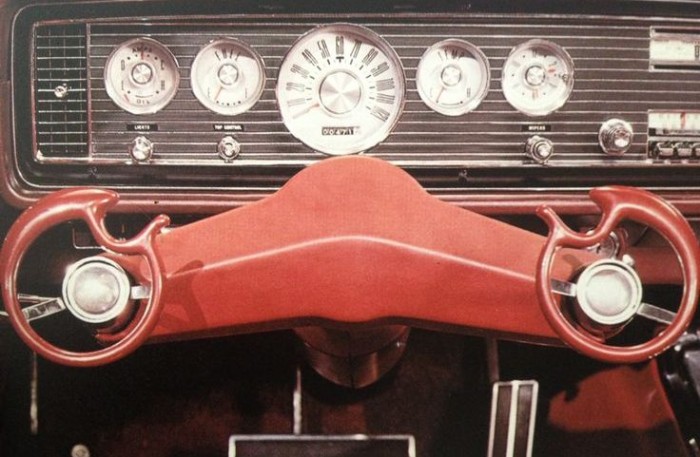 The Wrist Twist system, while sexy and user-friendly enough for women [insert: eye roll], complicated an existing system. Another way to put it is, the Wrist Twist solved a problem cars didn’t have.

It wasn’t like drivers were endlessly wishing they had two wheels instead of one or complaining that the steering wheel was such a pain in the ass.

For the most part, the steering wheel gave the driver direct connection to the road. There was and still is, a feeling of oneness to the vehicle, even with power steering.

It’s one wheel, connected to a shaft, that rolls the axle.

Not only that, on economics alone, the steering wheel would have crushed this idea. By that point, steering wheels were a inexpensive feature. This was a technology, unwarranted at that.

There simply wasn’t enough up side.

Ford created enough test models of these that there are a handful of people who had the chance to test drive them at dealerships.

Accounts from that time are about what one would expect: neat, but why?

To disrupt an icon, an idea has to be more than neat. It has to be brilliant. Life cannot go on without it.

The proof is in the pudding. Who born after 1965 has heard of the Wrist Twist?