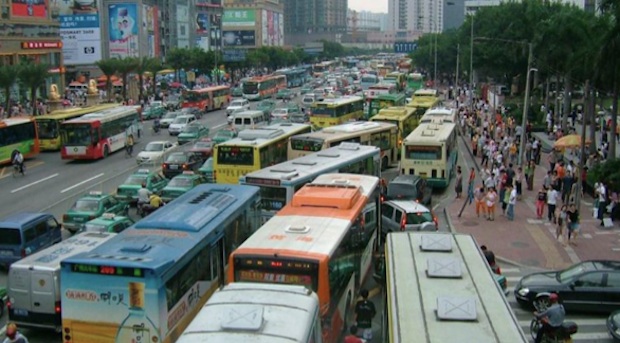 Delineating when the first bus speed into traffic is a messy subject. It depends on how one defines a bus. Even the bus as we know it today varies in style.

However, from microbuses to London’s famous double-decker buses, there are a few defining features of a bus upon which most people can agree.

Buses typically have four wheels and can carry more than one family to a destination. They differentiate from train cars insomuch that the bus car operates independently of other buses. This is true even in cases where the bus runs on a track, which has happened in the past, but we’ll come back to that in a minute.

Bus comes from the word omnibus, a German word which borrows from Latin. It translates roughly to for all.

There’s a certain heroism in the survival of the bus. As much of the world’s large cities try to expand their commuter rail lines, buses enjoy the freedom of going most anywhere a car can go.

They may not be as cosmopolitan as trains, but buses are more accessible. For this reason, they rule the undeveloped world, which describes most of the planet. Getting around on a bus hasn’t always been such a cinch.

Most accounts of buses travel alongside their smaller counterparts, cars, and trucks, but scaled up for carting more people like cattle. it seems there’s a natural progression with new tech to see how big or small engineers can scale ideas.

Way back in 1830, an early bus engineer Sir Goldsworthy Gurney took the basic stagecoach design and strapped on an early steam engine. Engineers had been toying with steam to propel vehicles since Joseph Cugnot did so with a tractor in 1769.

Gurney’s idea, however, extended beyond farm equipment. He intended to revolutionize transport. The challenge for Gurney was a matter of money. There was no market for his expensive idea so it died before it could take off.

It wasn’t until 1895 that the Benz introduced an eight-passenger omnibus, powered by a four-horsepower engine. For most of the 19th century, despite several engineers working on functional models of steam and internal combustion engine buses, horse-drawn carriages for all ruled the roads. 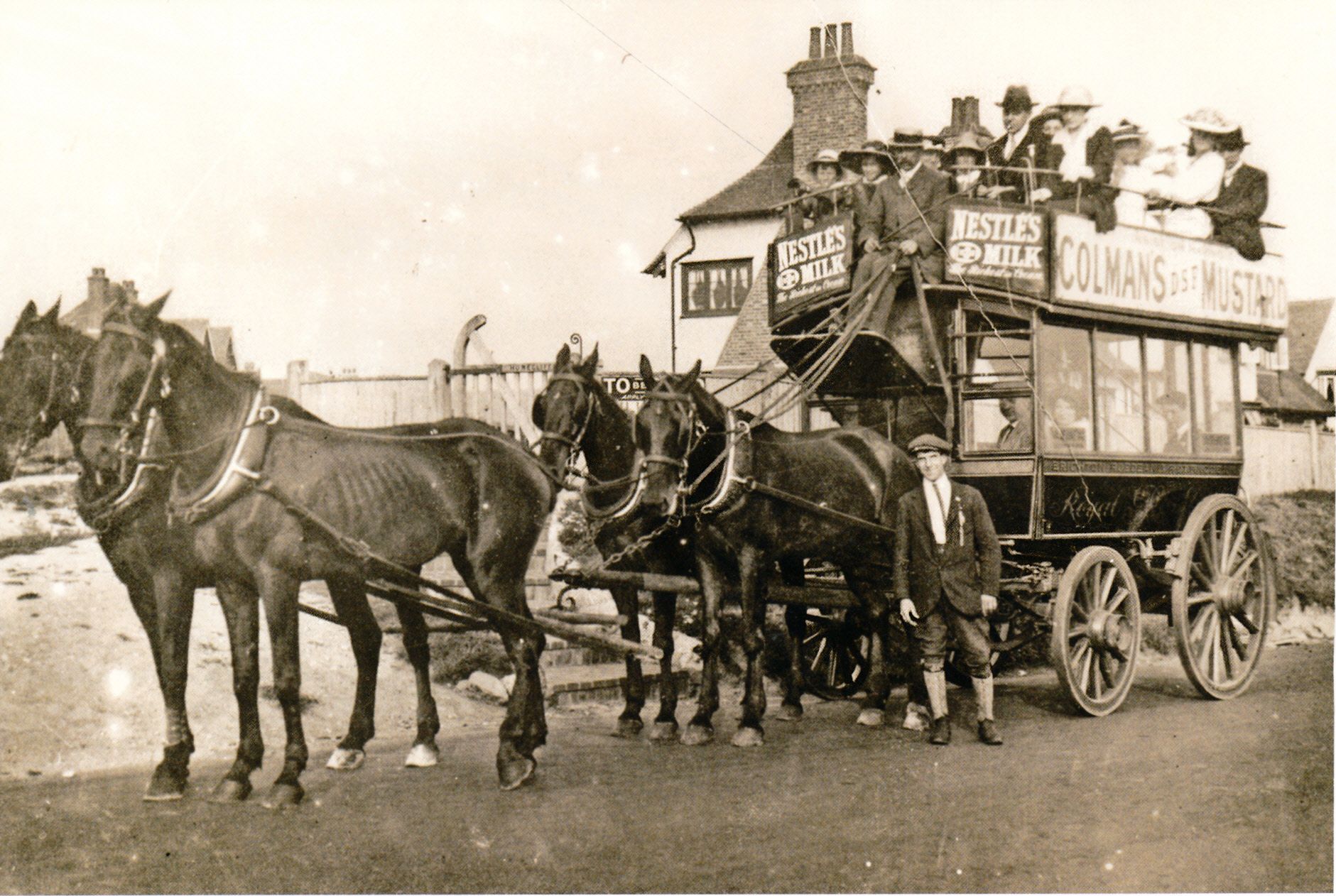 In the early 19th century, before steam blew up as a power source, good old-fashioned horses worked well for pulling loads. First in Paris, then in London, horse-drawn coaches pulled a large number of passengers across town.

The problem with those carriages was that roads were not yet ready for wheels. Horse buses were a rough ride, not to mention slow, and sweaty. For comfort, passengers on those early horse-drawn versions could look forward to a nice, soft wooden seat.

Whereas trains can go very fast on designated tracks, as directed but those who own said tracks, buses have had to wait for the development of roads.

Development of roads grew commensurately with cars, which is why the commuter systems became first available in larger cities. That was where they had roads on which to drive the buses, but back in the 1800s, roads were cobbled affairs.

To solve for the rough ride, engineers replaced the wooden wagon wheels with metal wheels and rails. These weren’t commuter trains. They still used horsed to pull them along the tracks, but the ride was smoother.

“Horse trams,” as they called them, built up some speed towards the end of the 19th century, but technology in motors and roads quickly rendered them obsolete. 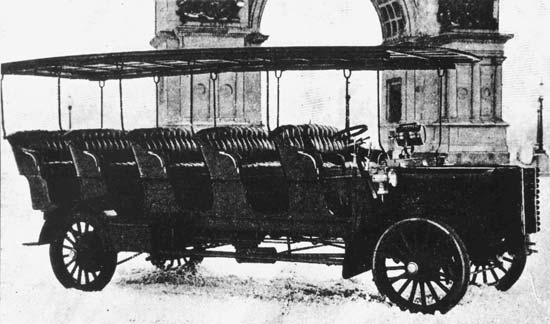 Buses as we know them today started to take shape after the start of the 20th century. In the U.S., Mack Truck developed a 20-passenger gasoline-driven engine in 1900.

It cranked 40-horsies and could wail at 20 miles per hour. That was quite fast for a road vehicle at the time.

Most buses that came after this copied the format used by Mack. Using the standard truck as a guide, they mounted the body of a bus on the chassis of a large truck.

In time, they modified the chassis to accommodate a larger bus body, but the basic tenants of construction have remained the same on the average bus. Luxury buses, of course, don’t exactly follow this format, but that’s a whole ‘nother can of grease.

The Great War takes some credit for the explosion of buses, but subsequent wars did their part too.

On today’s roadways, buses and semi-trucks own the roads. Those of us in cars do use those roads at their pleasure, seeing as how they could squash most of us with little effort.

For now, and for the larger commuter population, buses rule.