It was 1769 when French inventor Nicolas Cugnot engineered the first horseless vehicle. Yes, you read that date correctly, 1769. The western world had one big toe in the pool of industrialism, and the British colonies in America were a pot of hot water about to boil.

The average person would not believe that before the 19th century, humanity had horseless carriages. Of course, these were prototypes, not production vehicles, but there were more than one.

Cugnot had to solve a problem. The French Army wanted to move heavy equipment to the battle lines. What was wrong with the French Army’s horses, who knows? They wanted to use technology instead.

Cugnot was their man.

The steam-powered tricycle built by Cugnot was not a car by modern definitions, more of a cumbersome trike. But, in 1769 it was the first vehicle moved by something other than muscle.

The Cugnot horseless tractor was not much of a looker, but it broke the seal on horseless cars. In short, it was a cool invention. 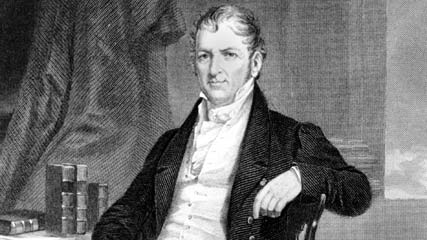 Life started for Cugnot on September 26, 1725, in the middle of nowhere: Void, Meuse, a commune near the modern-day German border of France.

We don’t know much about his childhood, but at some point, he took an interest in engineering. He spent some time working with the Austrian Army, designing fortifications and weaponry.

He even patented a couple of tools, surveying equipment, and a rifle. Near age forty, he performed as an engineer for the French Army and worked as a teacher in Paris.

It was there he came under the direction of General Gribeauval of the French Army. Gribeauval would ultimately put Cugnot on history’s timeline. 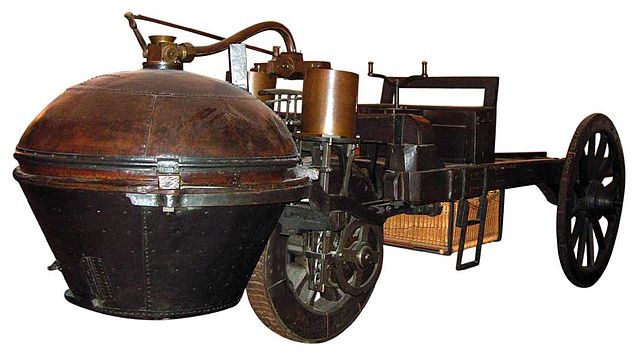 Officially it was a fardier a vapeur or a steam-powered dray in English. A dray was normally a horse-drawn cart, the two-wheeled variety. Cugnot’s version would have two wheels, plus a third in front wheel to replace the horse.

General Gribeauval wanted Cugnot to design a fardier that could carry the heavy cannons of the day. The good general wanted the fardier to travel about 2.5 mph, a tall order in a world where the fastest horseless carriage went zero mph.

In 1765, Cugnot set about experimenting with steam and fardier models. In 1769 Cugnot built a working full-sized version of his fardier a vapeur.

It wasn’t perfect, far from it, but it moved without a horse for 10-15 minutes at a time. Then it needed more water and time to build up steam.

That said, it was a front wheel drive vehicle, the first if one considers Cugnot’s design as a car.

The End of the Fardier 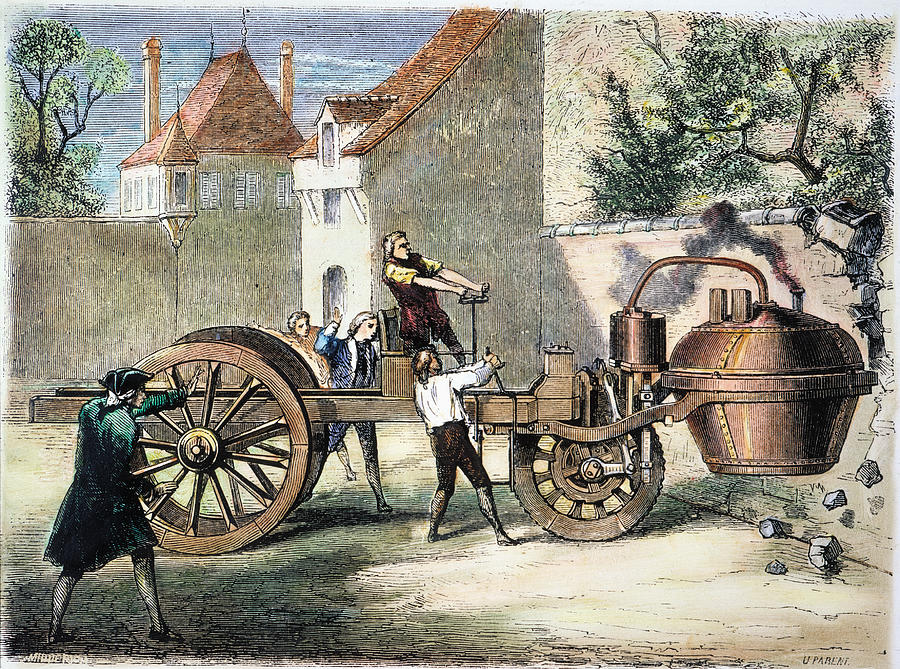 Cugnot took what he learned from the first horseless carriage, then built a second version. There may have been further refinements of his design, but interest in his work was thin.

One of the patrons of his work died. The French exiled the other.

Then in 1771, Cugnot drove his prototype into a stone wall, arguably the first automobile accident, but it meant the end of his work. It was not, however, the end of steam.

A man in the United States, Oliver Evans, received patent approval in 1789 to make a steam-powered vehicle, but it was really the rail industry that picked up where Cugnot left off.

The first steam-powered cars didn’t pop up for another 100 years.

Nicolas Cugnot’s invention remains on display at the Musée des Arts et Métiers in Paris. Cugnot’s story also ended in Paris, where he died of unknown causes at age 70 on October 2, 1804.