Once an event for beer-drinking crowds of rowdy cowboys, monster truck events have morphed into circus-like forms of entertainment.

If the lowrider was the anti-movement to the hot-rodding efforts of 1920’s youth, then the monster truck is the anti-lowrider.

Like low-lows, monster trucks are almost worthless outside of controlled environments, but that hasn’t stopped fanatics from pushing the art of modding to the furthest reaches of ridiculousness.

Roots in the Tractor Pull Circuit 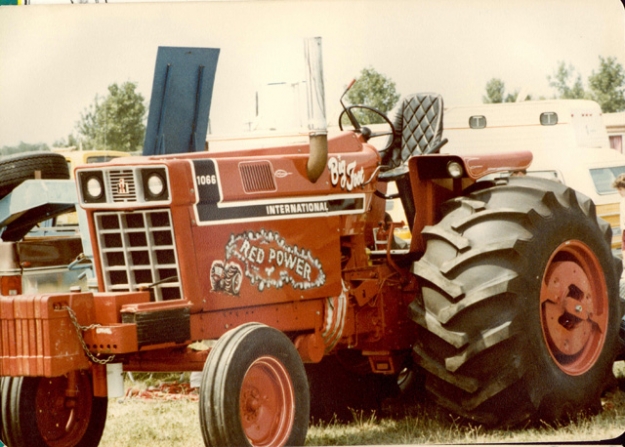 Most credit the tractor pull crowds of the 1970s and 80s. There, in rural areas, grease monkeys and gear heads get together to make super tractors. Yeah, the machines they use to plow fields and stuff.

Participants soup up the engines of their tractors, slap big tires on ’em, and mod the engines, all in the name of torque. The goal is to pull massive amounts of heavy stuff loaded onto what they call sleds.

The sled pulled by the tractors has a counterweight, which shifts as the sled moves forward, driving a metal plate into the ground. In other words, the load gets harder to pull.

It’s a sport only a farmer could love.

The act of jacking up those tractors caused a few of the participants consider other vehicles, as in, what else we got around here to jack up?

One man, Bob Chandler, decided to try a few modding techniques on his Ford pickup.

The Birth of Big Foot 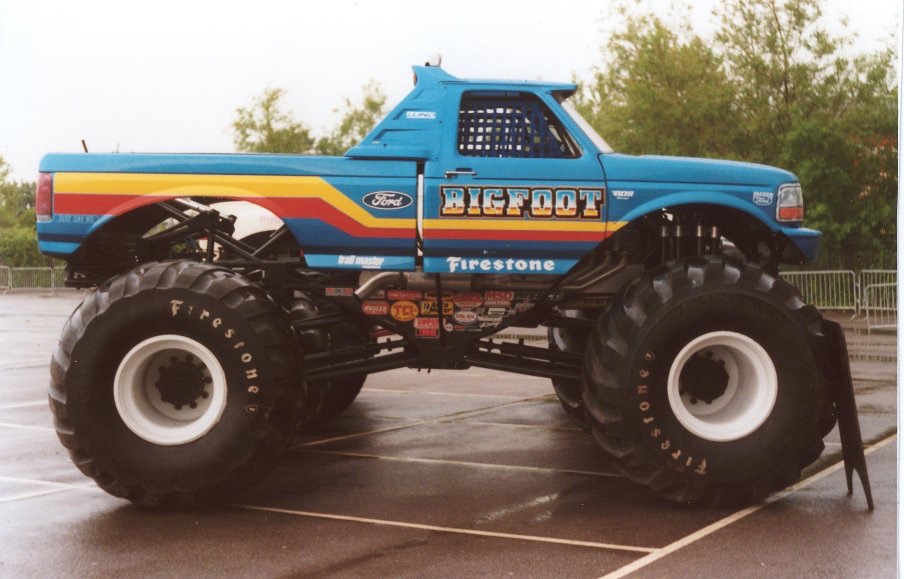 In 1981, Chandler lifted his F-250 beyond the normal lift other truck owners had at the time. The tires were so big, he had to custom-build a suspension system to keep the truck off the wheels.

Once he had Franken-truck complete, Chandler tested it by driving the beast over a bunch of old cars. He filmed the event, then showed it to an event promoter who thought the idea could sell.

A year later, at the Pontiac Silverdome in Michigan, Chandler drove Big Foot, now with 66-inch tires, over a row of cars.

It didn’t take long for other monster trucks to join Big Foot, building a mini-circuit of trucks.

The Evolution of Monster Jam

It was the United States Hot Rod Association (USHRA) who started organizing events featuring the new monster trucks. They started to pull away from tractor truck events.

By 1995, they titled their exclusive event, Monster Jam, and hired Field Entertainment to operate the shows. With every Monster Jam, the trucks grew in size. The events grew bigger. The crowds swelled beyond the seams of the venues.

Along the way, Monster Jam established standards for safety and operation, both to protect the drivers and the participants. Crushing cars morphed into races, of course, and other competitions like jumping events.

Some monster trucks can go as fast as 100 mph, and jump as far as 115 feet, clearing 25 feet of vertical. That would clear most houses.

Consider that those stats are all from a vehicle weighing five times your average commuter’s car. The heaviest monster trucks weight near 12,000 pounds.

Sure, one can’t drive a monster truck to work, but there’s a practical use for them. When and if there is a zombie apocalypse, the monster truck owners will be in the best place to escape harm.