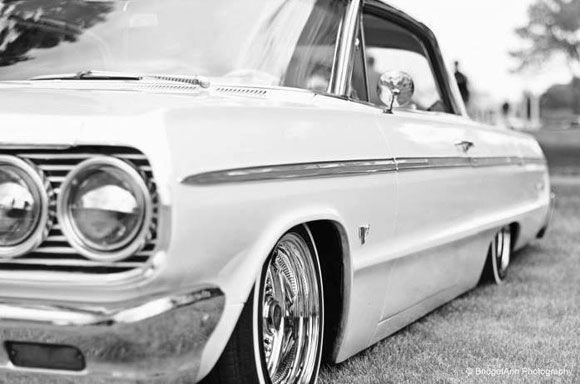 When, in 1958, the man passed a law to keep those Chicanos (U.S. born Mexican Americans) from lowering their cars, they simply adapted hydraulics to get around the law.

The culture of low riders or low-lows started with the modifications made to cars by hot-rodders in the 1920s but didn’t get low until the ‘40s.

At that time, it was more of a Mexican American hobby, characterizing the modifications as a Chicano pursuit. It was perfect for racial profiling.

Today, people from all races enjoy the act of lowering a vehicle, and they’re all still pushing the buttons of John Q. Law, even if he doesn’t know why.

Now, modders lower cars to improve a car’s stance in many cases, but the original MO for making a low-low had nothing to do with performance, and everything to do with identity, both culturally and personally. 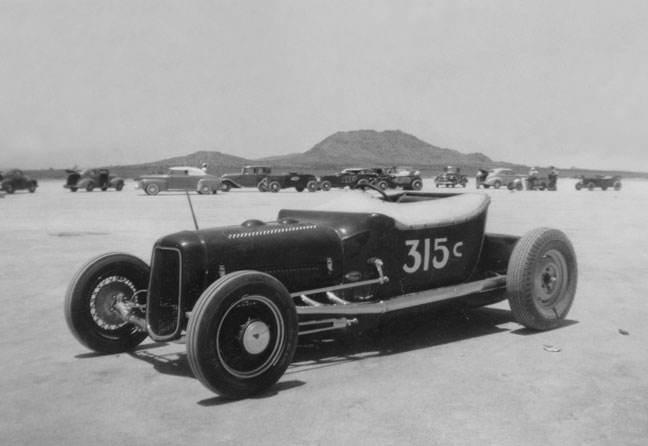 When Henry Ford flooded the car market with his famous Model-T, he couldn’t imagine what would come of the aging models. Los Angeles absorbed a large percentage of Ford’s inventory.

As those first Model-Ts aged, young gearheads started to modify them for performance. At that time, it was any young man’s game. One’s heritage wasn’t a factor. The goal was to make a car go faster, then race it.

Back then, they called the cars “hop ups.” The best place to race was the flats of the Mojave Desert. This hop up culture persevered for decades, modding new models as they fell into obscurity.

Car mods since the beginning have always been a decade or two behind the current models like it was a badge of honor. Anyone can go fast in a new car. The question was, can you make that jalopy beat me to the line? 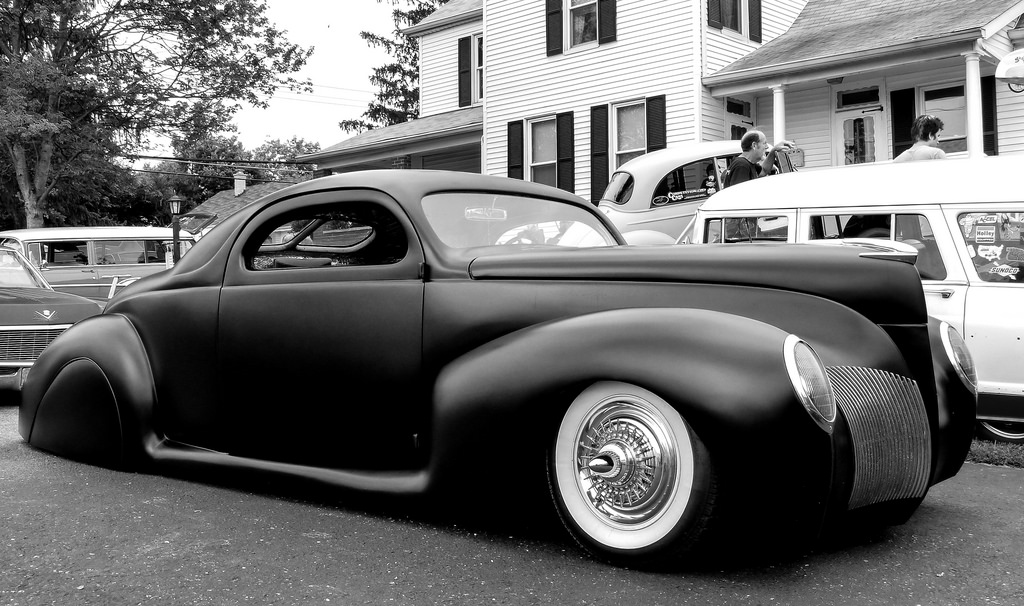 From that culture, another modification culture rose on the east side of Los Angeles. At the time, there was a heavy population of Latin Americans, specifically those of Mexican descent. They developed a different goal than making old cars fast.

Borrowing from the Mexican custom called the paseo, where young men and women would gather in town centers to flirt and show off, these modders sought to make cars more for show than for go.

Instead of pouring money and energy into squeezing every horse out of the engine, they lowered their cars by any means possible, painting the cars crazy colors.

Early modders forged a path, so it was a learn as you go culture. They would chop suspensions, load car trunks with weight, anything to get slow and low. That was the goal.

The back end was the first to drop, but in time both the front and back end of the car would drop scraping-ly low.

Then, the car owners would cruise around town looking for attention, maybe a date. 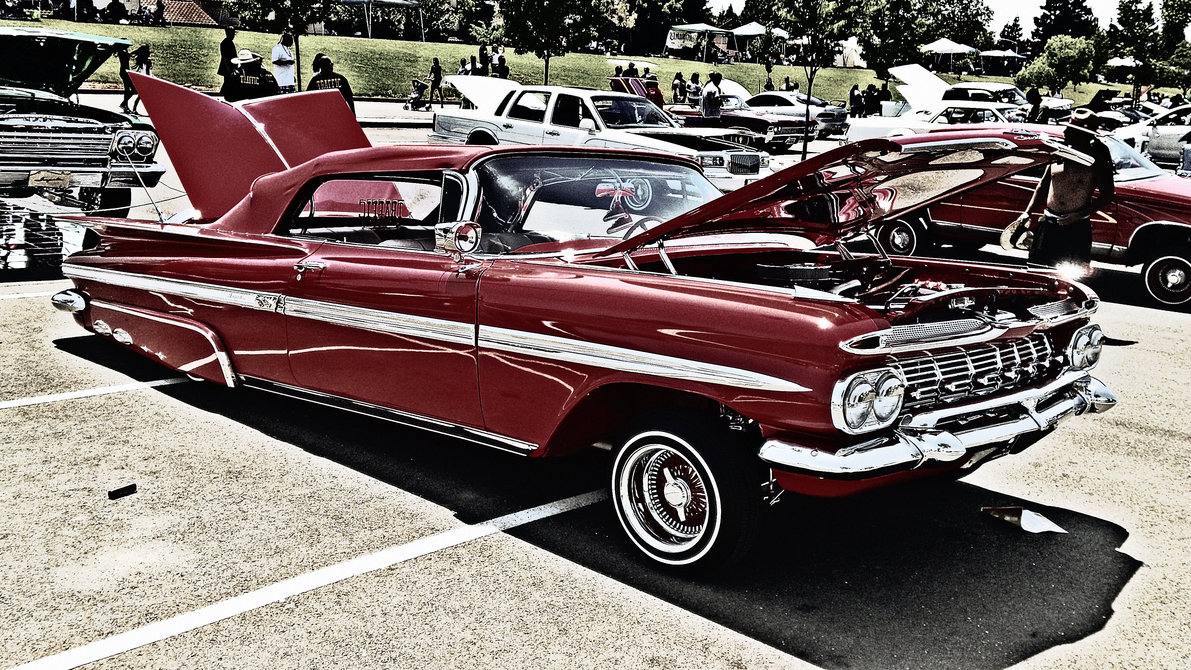 When a California law passed in ’58 citing that cars could not have any part of the body below the wheel rims, that only raised the stakes. Modders would find a way around this law.

The prestige of modding a low-low only became more exclusive. The 1959 Chevy Impala came out with a new X-shaped frame, which was perfect for the new generation of low-lows.

One modder, Ron Aguirre, shoved airplane hydraulics under his 1959 Chevy Impala so he could control the height of the car with the push of a button. When there was a speed bump or a cop, he would raise the car to the legal level, then re-lower as desired.

Others followed his lead, which only further frustrated the police. By the 1970s, the cops started shutting down cruising strips as if lowriders were part of criminal activity.

Many Mexican Americans at that time saw the actions of the authorities as racially motivated. This bled right into the narrative of the 1970s movement for Chicano rights.

The lowrider today is no more legal than it was in 1958, but one can still see them on the streets of Los Angeles and other cities. 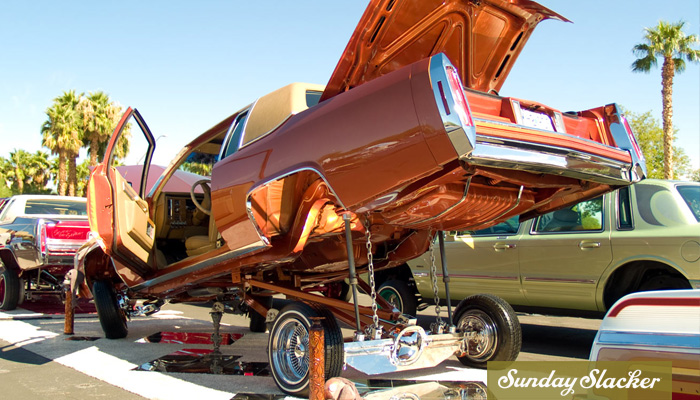 The best place to see high-quality low-low is at a rally. There one can talk to the owner about the car’s history, see it in action, even watch competitions.

A good low-low show is as much a cultural exchange as it an appreciation for art and engineering.