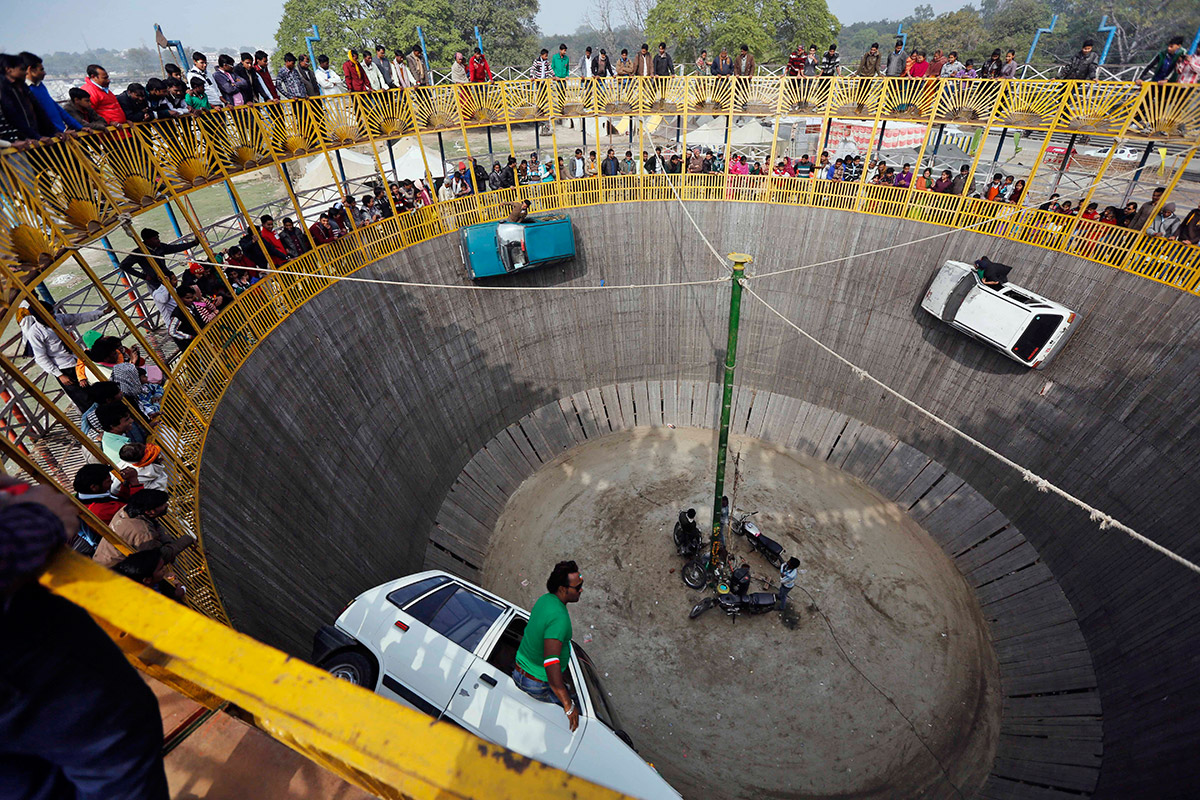 Maybe some of you have heard about the “Wall of Death” where motorcycle riders use centrifugal force to ride along a vertical wall build in a circle. It’s even evolved into something along the lines of ball or cage of death where using metal they create a sphere and smaller motorcycles can fit inside and do all sorts of stunts. Just last year they had one at the local State Fair. 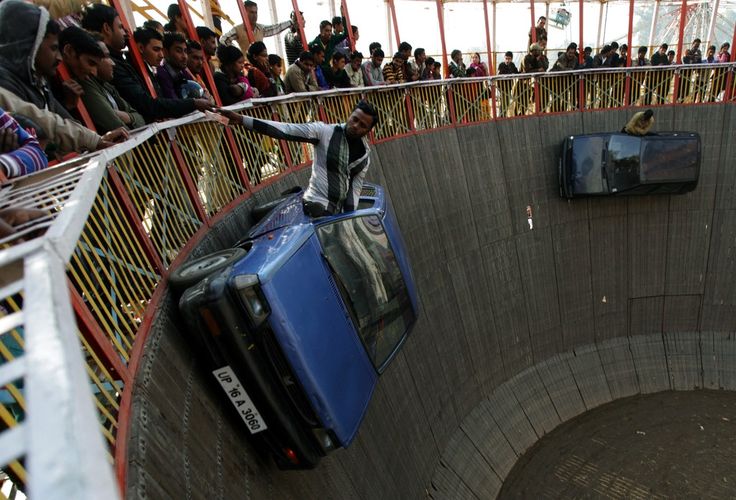 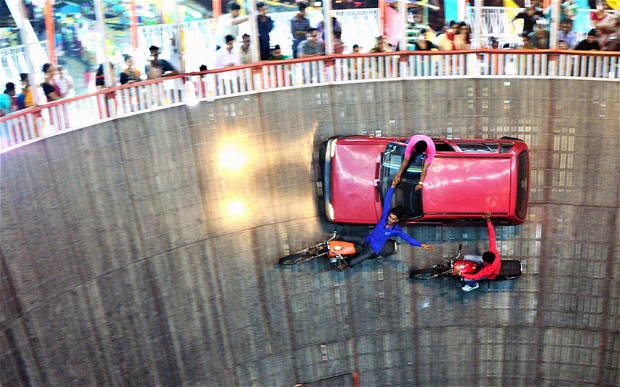 But none of them are even remotely close to the real ” Well of Death”, also known as Maut ka Kuan, in Northern India. Here you will see a combination of both motorcycles and small cars running on what almost looks like a giant wooden barrel. The walls are said to be almost a full 90 degrees making it more difficult, and way more dangerous. The smallest mistake could mean catastrophe for both the driver and spectators in just a split second. Going one mile and hour too fast, or worse too slow and its all over. This is obviously what draws people to the stunt in the first place. 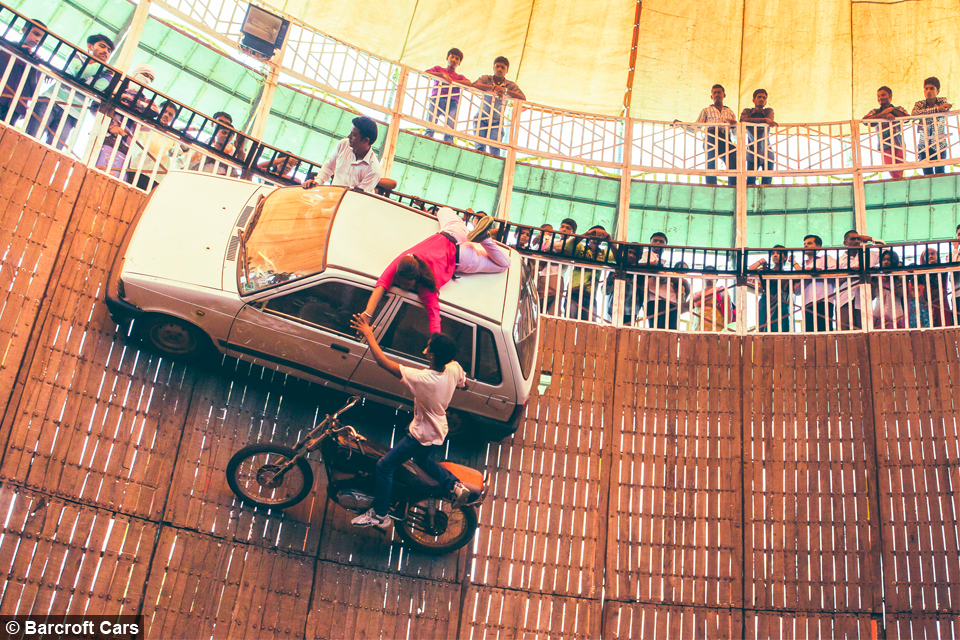 Many believe this sort of stunt was first created in the early 1900’s at Coney Island and since spread like wild fire all around the world. Apparently its a major attraction in India and they have stepped it up a few notches as far as i’m concerned. Film makers have spent a fair amount of time over there documenting these crazy stunts, and the people that perform them. From all that footage a few mini- documentaries have popped up, this one from NOWNESS really seems to catch the essence of just how dangerous it really is. So take a break, and get your mind blown by these talented daredevils that nobody has ever heard of before.

Here’s a few other videos showing the death defying stunts