The first motorcycles came about with the invention of the car. We already had bicycles, so the idea of motorizing them grew next door to motorizing horse-carts.

It would take a couple of World Wars and a lot of people looking for inexpensive transportation before something close to what we know today would come into existence.

The culture of scooters remains a niche in the United States, sometimes attracting large groups of scooter clubs in big cities.

In other countries, motor-scooters provide the same service they’ve been proving since their inception, inexpensive and convenient transportation. They’re more efficient than anything else on the road. 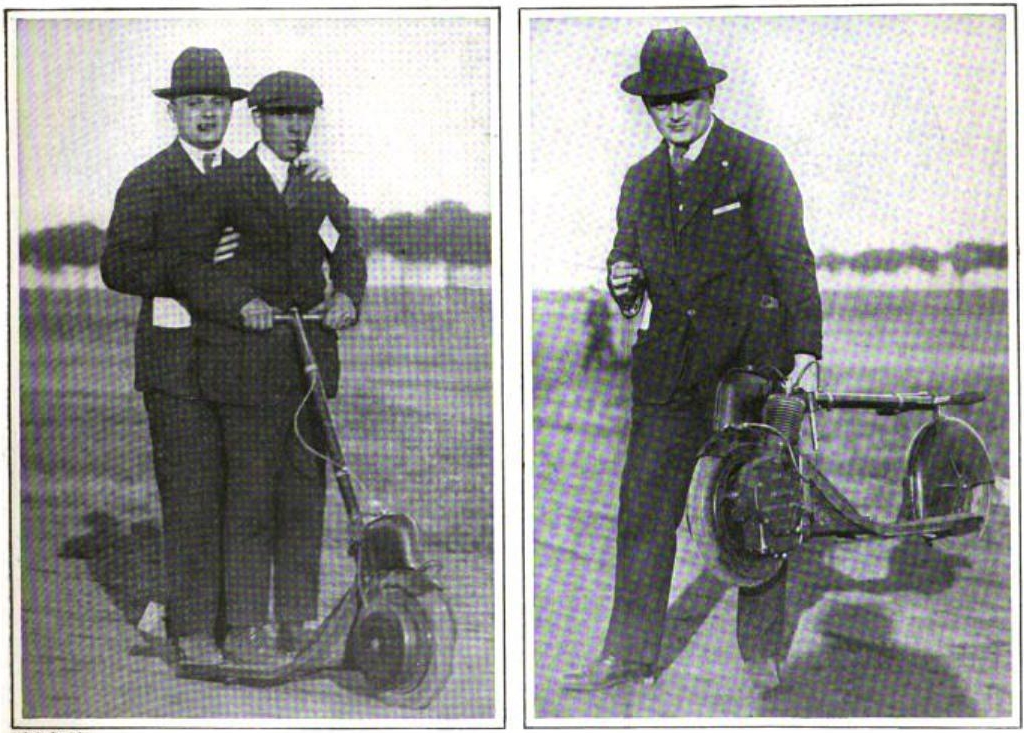 The first scooter-like bikes predate the 20th century but the first mass-produced equivalent, the Autoped, came about in 1915. That was at the onset of the Great War.

It’s was in many ways closer to today’s inline scooters than our motor scooters, but we had to start somewhere.

To make the Autoped go, one pushed the handlebar column forward to use the clutch, accelerating with a lever on the steering column. The engine was a 155 cc, air-cooled 4-stroke mounted over the front wheel. 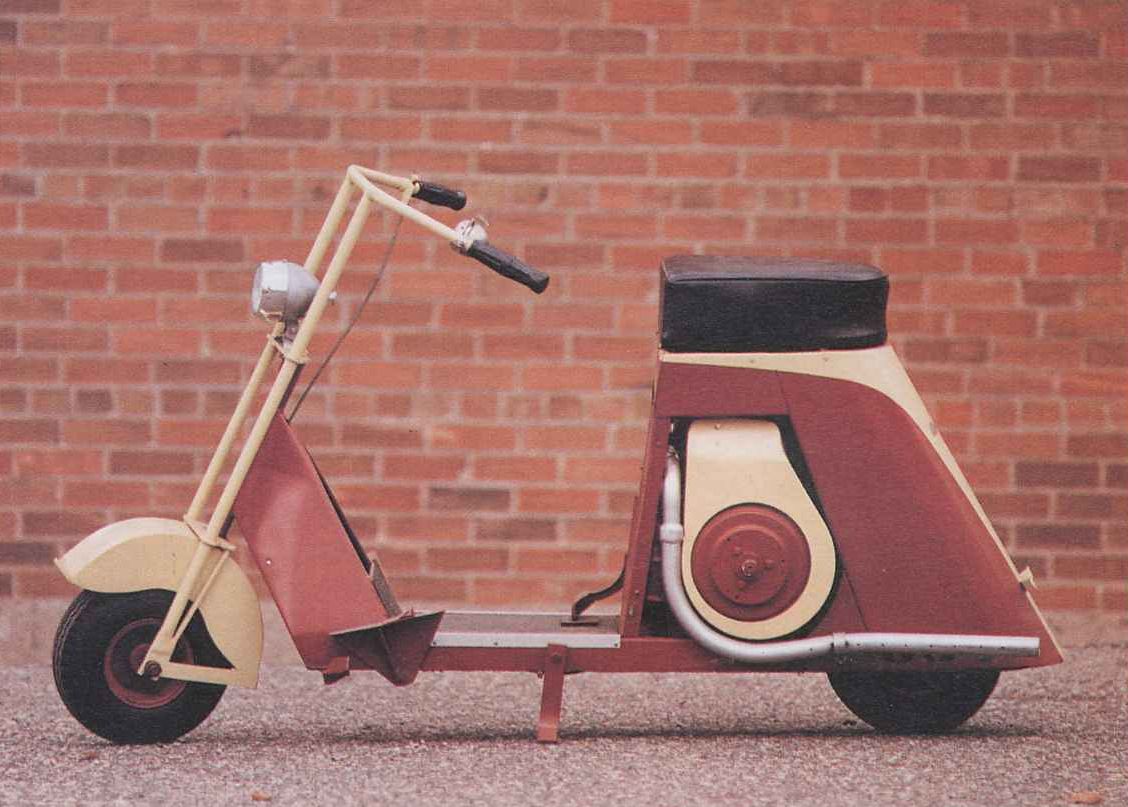 Lincoln, Nebraska; the Cushman company started making engines in 1903. They incorporated in 1913 and started making Auto-Glide scooters in 1936 to push more engines during the Depression.

The Auto-glide bragged 120 miles per gallon, unheard of at the time. The army picked up the scooters for use during WWII as an efficient means to get to places where larger vehicles could not.

The Cushman 53, a military model, dropped from planes on parachutes to facilitate immediate mobility to paratroopers. By happenstance, the Cushman spread the idea of scooters everywhere our military dropped them. 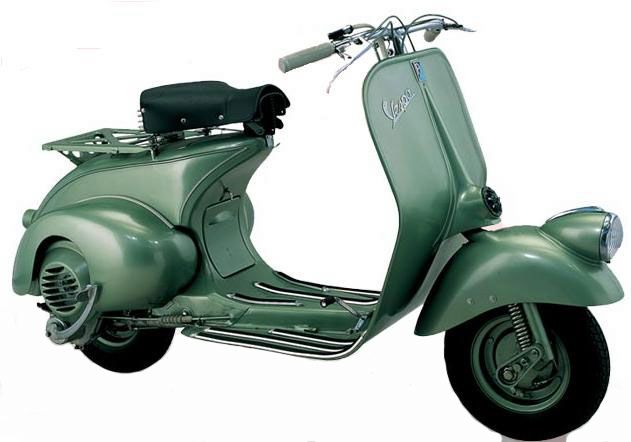 Florence, Italy; In 1946 the Piaggio company filed a patent office in Florence for a new sort of motor cycle.

The owner of the brand, Enrico Piaggio, cut his teeth working on fighter planes but borrowed from the Cushman designs for the Vespa.

The first version, the 98 cc, reflected his aviation background. The 98 looked like a plane on two wheels. The brand has retained that signature look since that first scooter.

Piaggio released 2,000 98s with the first round and Italians were smitten. By the time the next model came out, the 125, they were flying off the shelves. 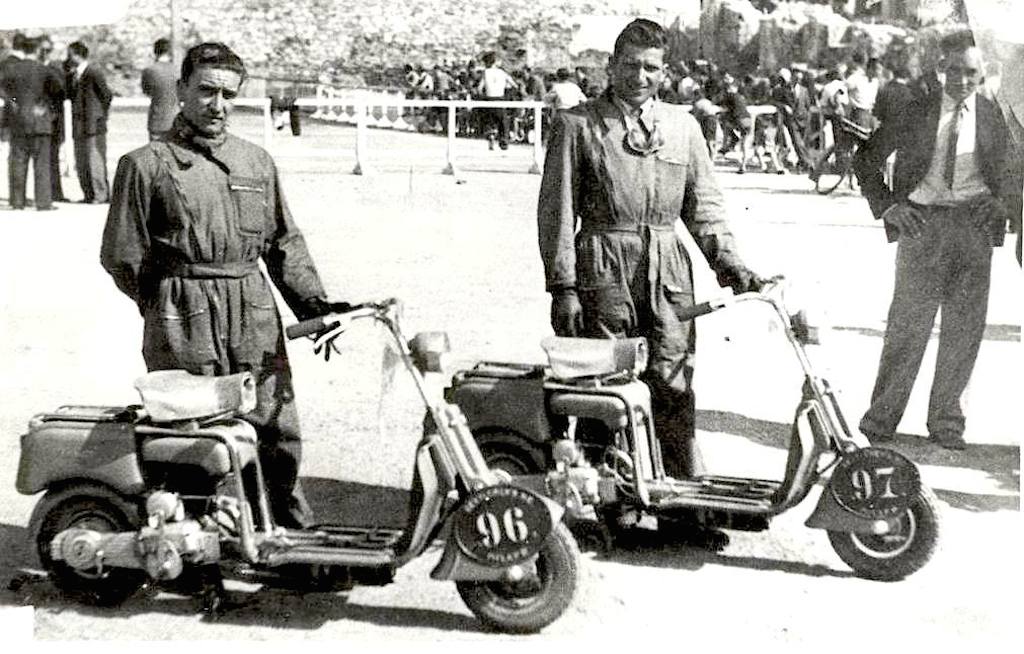 Milan, Italy; In 1947 the Lambretta was Ferdinando Innocenti’s response to Vespa. He too, copied from the Cushman scooter.

Innocenti had a steel-tubing factory in Milan. After heavy bombing from the war, from the ruins of his factory, Innocenti saw his opportunity in producing cheap transportation.

It probably didn’t hurt that Piaggio had been doing well with his Vespas. Other than Vespa, the only other option than cars was the motorcycle, which was not easy for everyone to operate. 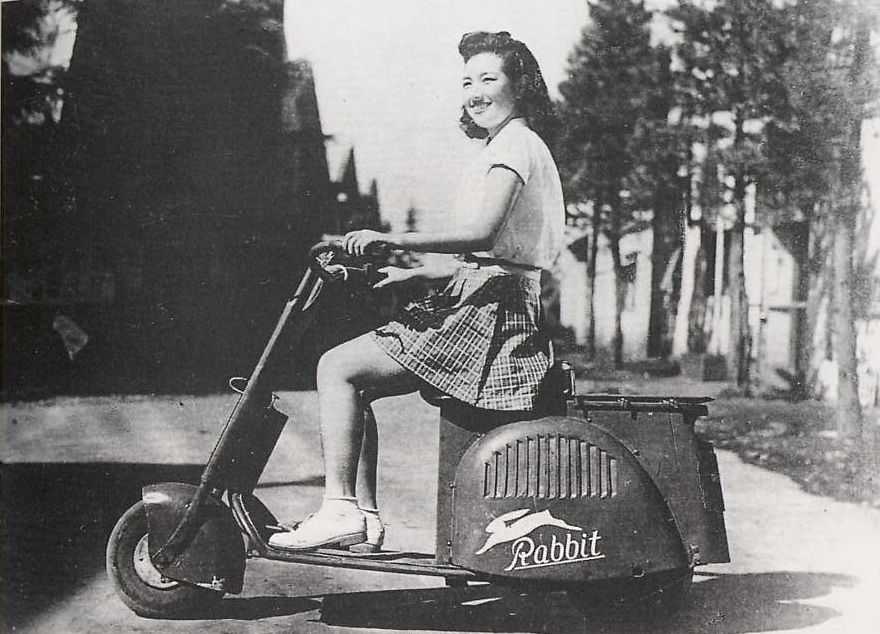 Japan; Around 1946 in post-WWII in Japan they were coming to the same realization as the Italians. In Japan, factories that once made aircraft were no longer allowed to do so. They needed to switch gears.

Fuji Sangyo, a small company once part of a large aircraft company, started producing their first model, the S-1, A.K.A. the Rabbit.

The Rabbit scooter was also based on the Cushman, but distinctly Japanese in design. It was a huge hit.

Today’s scooter riders divide between traditional scooters like the Vespas and more modern versions, but the motivation to ride a scooter remains the same, efficiency.