The Unimog is one of the most recognizable vehicles on the planet and it started life back in 1947 as a Prototype designed by German Albert Friedrich. The initial idea was for it to be the ultimate piece of farm equipment because not only was it a four wheel drive, but it was built with a specific track width that was four feet two inches wide, which happens to be the exact distance of two potato rows. Plus it was designed to have farm equipment like plows for example attached to it and still have room for cargo. After a hard days working in the field the farmer could jump in his new multipurpose vehicle and drive it on the highway into town to the local watering hole. 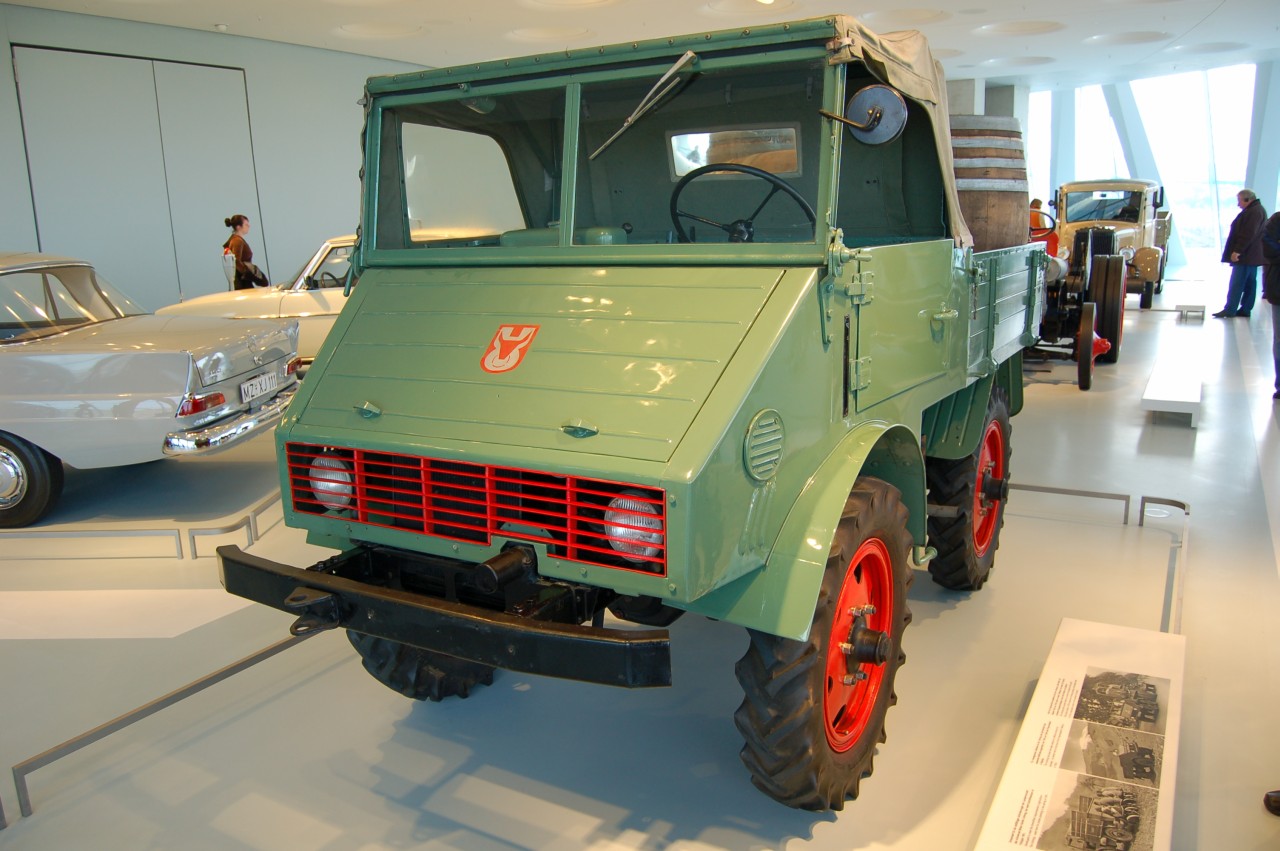 The Unimog Prototype with the Ox horn logo
Photo: wiki

The prototype model came with a gas powered engine but that’s only because the diesel motor that planned on using wasn’t done in time but when the production model went on sale in 1947 it had the OM636 Daimler Benz diesel engine that had just 25hp but the torque figures were closer to 100 lbs-ft of torque which is what is important for that type of use. The early versions of the Unimog had a logo that was a pair of ox horns shaped into a U pattern but in 1951 the Daimler Benz took over the Unimog manufacturing and from then on would sport the three star Mercedes logo on the front grille and became known as the 401 model. They also made a extended version that stretched the short 68 inch wheelbase out to 83 inches which gave the end user quite a bit more cargo space. The Unimogs began their production run at a factory in Germany where it continued to be built until 2002. 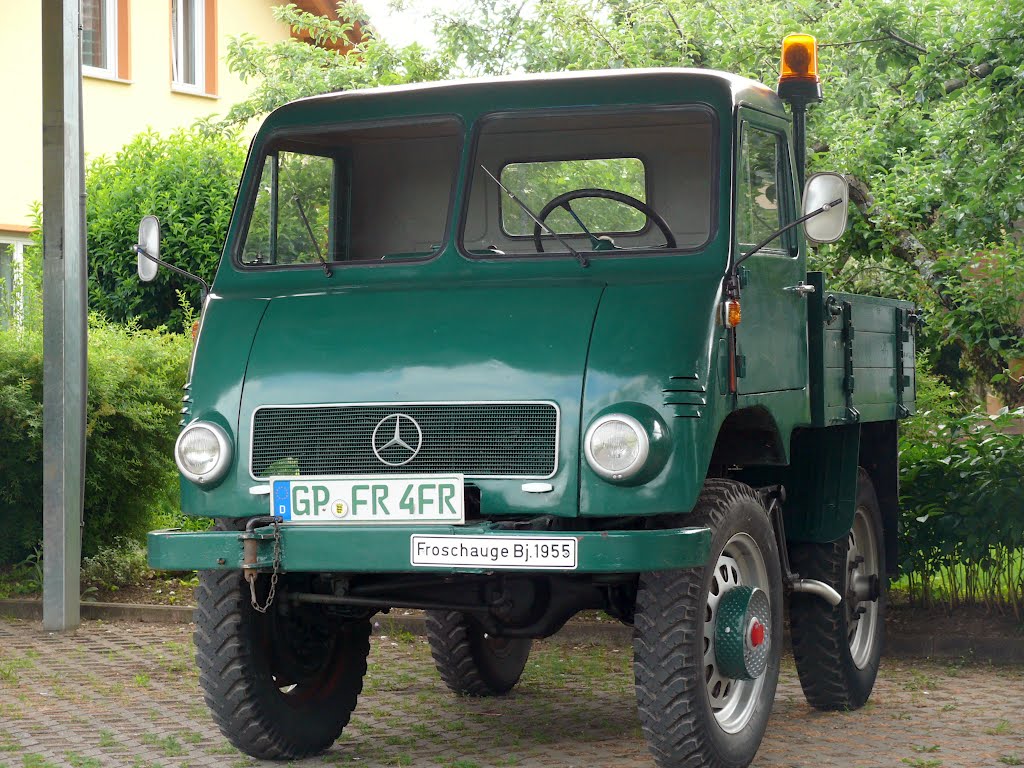 Unimog 401. You can also see the portal axle.
Photo: Panoramio

In 1955, the most popular version of the Unimog named the 404 S was released and over the next 25 years roughly 64,000 were built and were used mainly for military applications but also were still used in the fields. The 404 S also started utilizing a gas powered engine that was used in the Mercedes 220 that produced 82 Hp which was quite a bit more than the outgoing diesel motor it replaced. They used that motor until 1971 when it was replaced with the more powerful M130 engine that put 110 Hp making it the most powerful to date with a top speed of 62 mph. 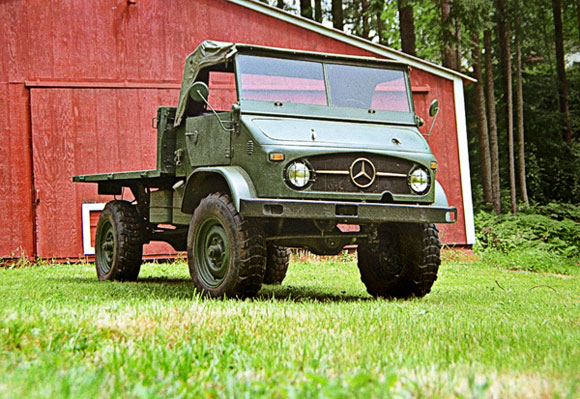 The oldest known 404 S with the serial number of 4
Photo: wiki 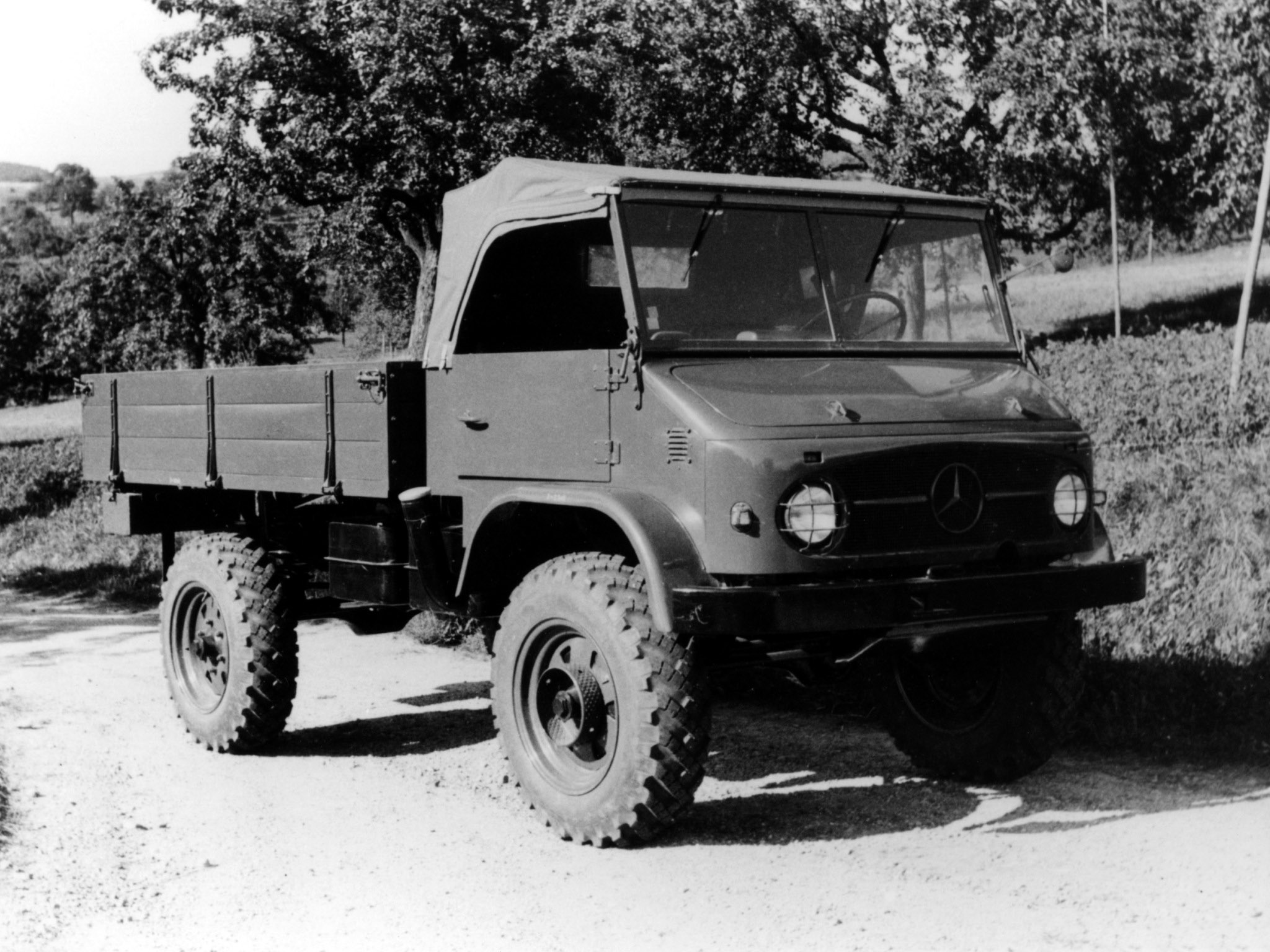 One of the things that made the Unimog such a powerhouse was the fact that you could take it almost anywhere. The seamless four wheel drive setup and the short wheelbase allow for incredibly steep approach angles, meaning that it could climb up very steep grades as well as drive through deep water without worrying about getting stuck. The reason for all this was the Unimog had incredible ground clearance due to the way they engineered the drive system. Usually you are limited on ground clearance because the front axle is connected to the center of the tire in order to provide power to the wheels. But in the Unimog they figured out a way to move those axles up using a series of reduction gears to drive the wheels. Now I have no idea how that all works but I can sure tell you that it is extremely effective. 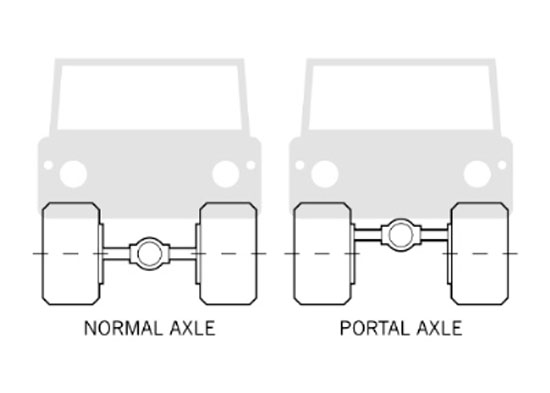 The Portal Axle on the Unimog that drastically increases ground clearance.
Photo: TheTruthAboutCars