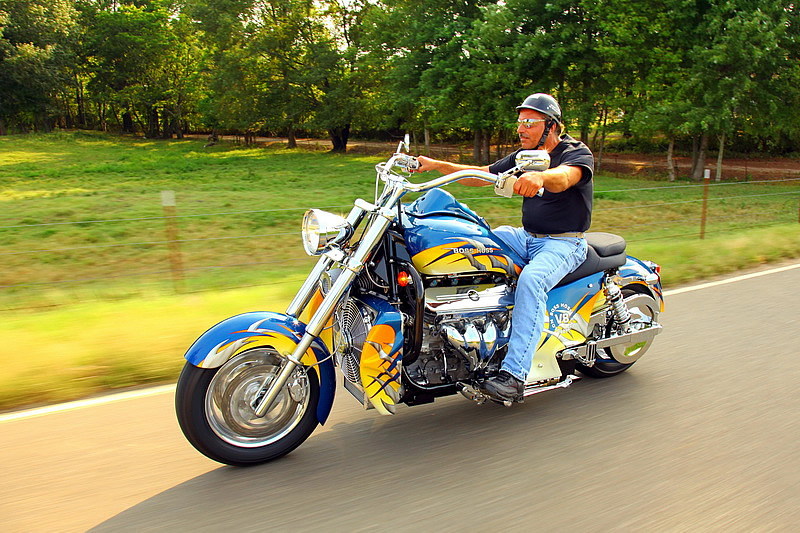 DYERSBURG, Tennessee–The Boss Hoss Cycles company has been cramming massive engines into motorcycles since the 90s because why the hell not?

Serious cruising fans know of or have heard tale of the huge V8 bikes made by Boss Hoss, especially if those fans are the sort to hit events like Daytona’s bike week or Sturgis Motorcycle Rally. The founder of Boss Hoss, Monte Warne used to make appearances.

Warne sold his boutique motorcycle company in 2016, but for 26 years he made the baddest custom bikes with the biggest engines. They might not be practical, but they are eight cylinders of 100 percent, chest pounding, ‘Murica. 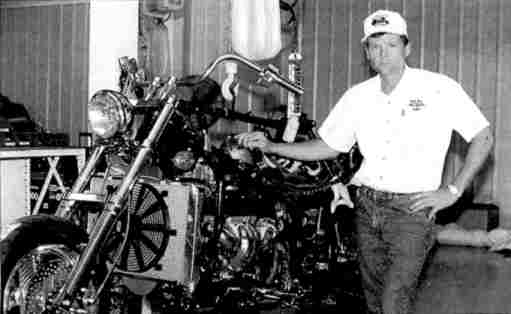 Warne’s background is in aviation. He is a former commercial aircraft pilot but was also educated as a technician so he can fly ’em and fix ’em. It seems he can also build ’em, at least the two-wheeled ground variety.

Before Warne, nobody had put a V8 on a motorcycle. It was huge, not only the idea but the bike too. Although he would later enlist a team, that first Hoss was all Warne.

For a guy who created such a beast, Warne is a tough guy to track down. He might live life in a large way, but he does it quietly. There is no Wikipedia page on Warne, no catalog of interviews.

In the few interviews one can find with Warne, he is soft spoken, humble, to the point, and a generally positive guy. He’s definitely not an over-the top-personality, what one might expect behind an idea like the Boss Hoss.

In one online account, after a police officer pulled Warne over in Daytona Beach, Florida for drag racing, the officer found “a mild-mannered guy riding a V8 motorcycle, who didn’t stand out in any way, or try to use any excuses.”

The same story goes on to explain how Warne invited the cop to come to his hotel and read the bike. When the cop arrived at the hotel, he learned that Warne had rented the whole 8th floor; living large, but still below the radar.

And, yes, Warne let the officer ride the Hoss. 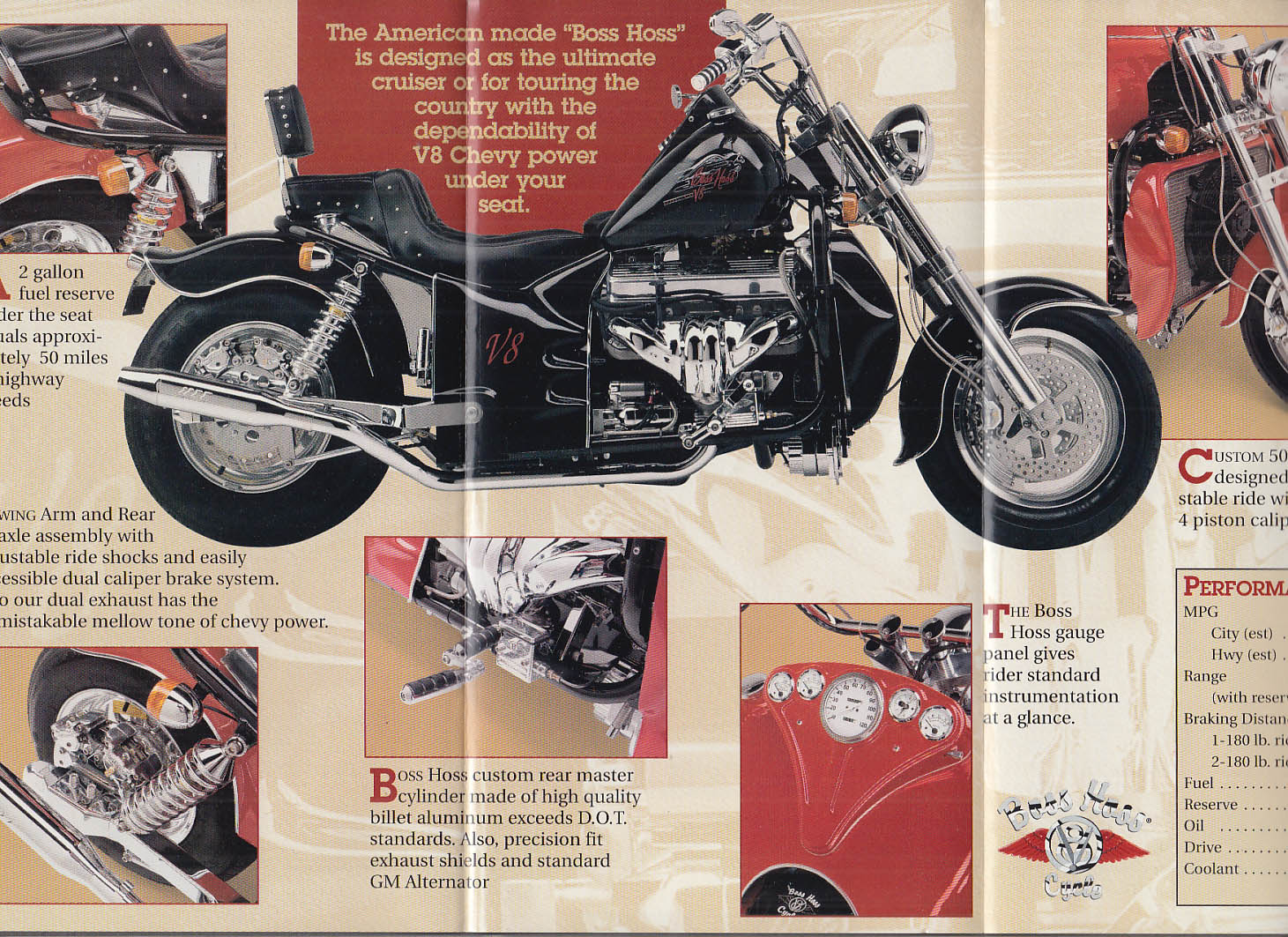 When Warne made his first bike, it was as much a curiosity about whether he could do it or not. He wasn’t trying to build something fancy; spectacular, sure, but in his own words in a Blingmaster interview, “just built a pretty generic looking V8 motorcycle.”

The first version had a car tire on the back end. He wanted to call it “Boo Hog,” but he ran into a copyright issue with that name. Hoss would have to do.

Warne figured out how to build the beast with a single-speed transmission. He managed to mount the GM V8 so perfectly, the end result was a bike that rode with a ton of power, but smooth as motor oil.

Since then, Warne attracted talented people to his brand, a few at first, then a whole team. They started cranking out Boss Hoss orders, growing the brand one bike at a time.

The one-man shop Warne started ballooned into a 22,00 square foot manufacturing facility. In 2006, they became the first V8 motorcycle company to sell globally, approved by the European Commission.

These aren’t converted Harleys, but custom built bikes from the ground up. With every iteration, they innovate further refinements to the brand. The evolution of the bikes has been incredible.

“This is way beyond what I started with,” he told Blingmaster in 2007. At that time, the company was graduating from the small block Chevy engine that hadn’t evolved much since 1955 to the Corvette engine.

The Corvette engine is fuel injected, all aluminum, and like the short block, made in America. In 2008, they made the switch, giving their bikes an even smoother, lighter, and more powerful ride.

The new owners liked Warne’s creations so much, they bought the company.

Bikes from Boss Hoss aren’t cheap, more than many entry level luxury cars on the road. Expect to drop $30 to 70-thousand on a bike. Customizations are available, but there are too many styles to cover in this space.

The company and their site pushes sales to their dealers, but they list dealer inventory because, why the hell not?