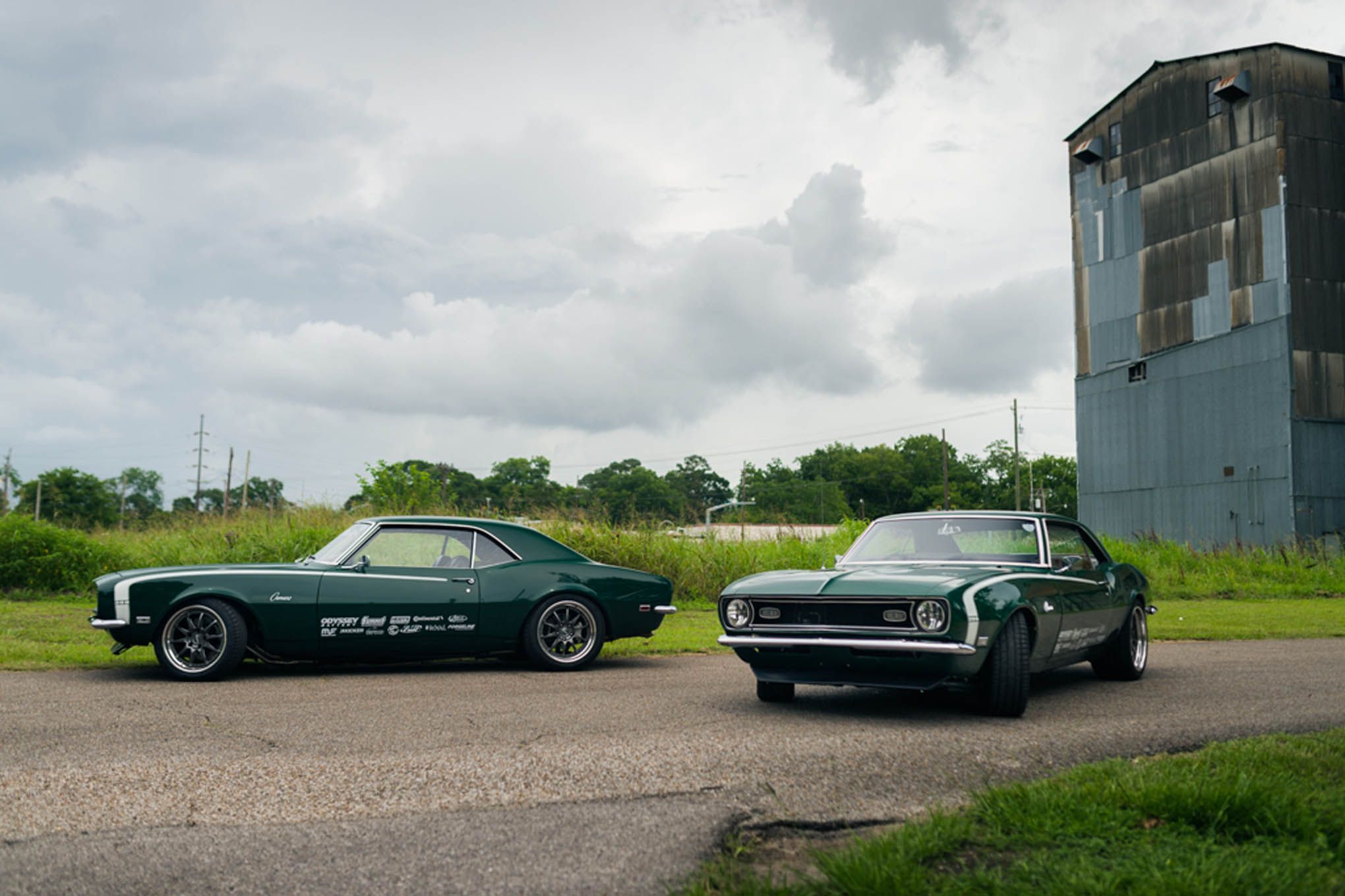 Movie cars are usually taken to the crusher when they are done being used, with the exception of a few here and there. Especially if there are multiple versions made for crash sequences and such. Rutledge Wood, who is a presenter on the American version of Top Gear and a well known NASCAR commentator, happens to have friends in the right high places when it comes to these old movie cars. His co-host on TG, and professional race driver,  Tanner Foust also happens to be a stunt driver for movies and has been the wheel-man behind gearhead movies such as Need for Speed. 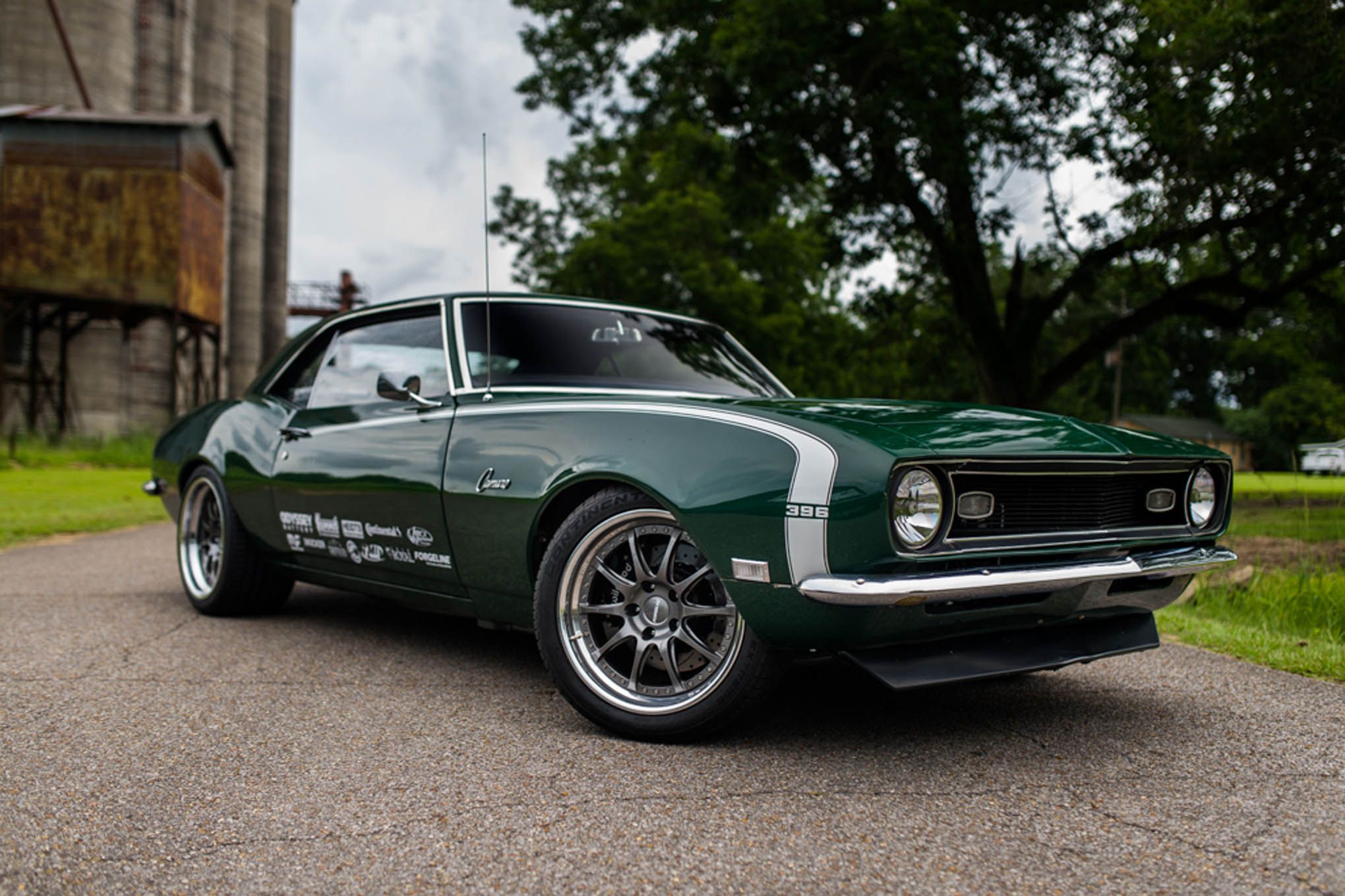 When Foust finished shooting for Need for Speed, he was asked if he wanted to buy a pair of 1968 Chevy Camaros known as “the evil twins” that were used for the filming. So naturally Foust contact his pal Rutledge who was a known fan of the late 60’s muscle cars. The two cars were virtually identical, both featured a LS3 crate motors that produced 525hp while featuring the true three pedal 5 speed manual transmissions. 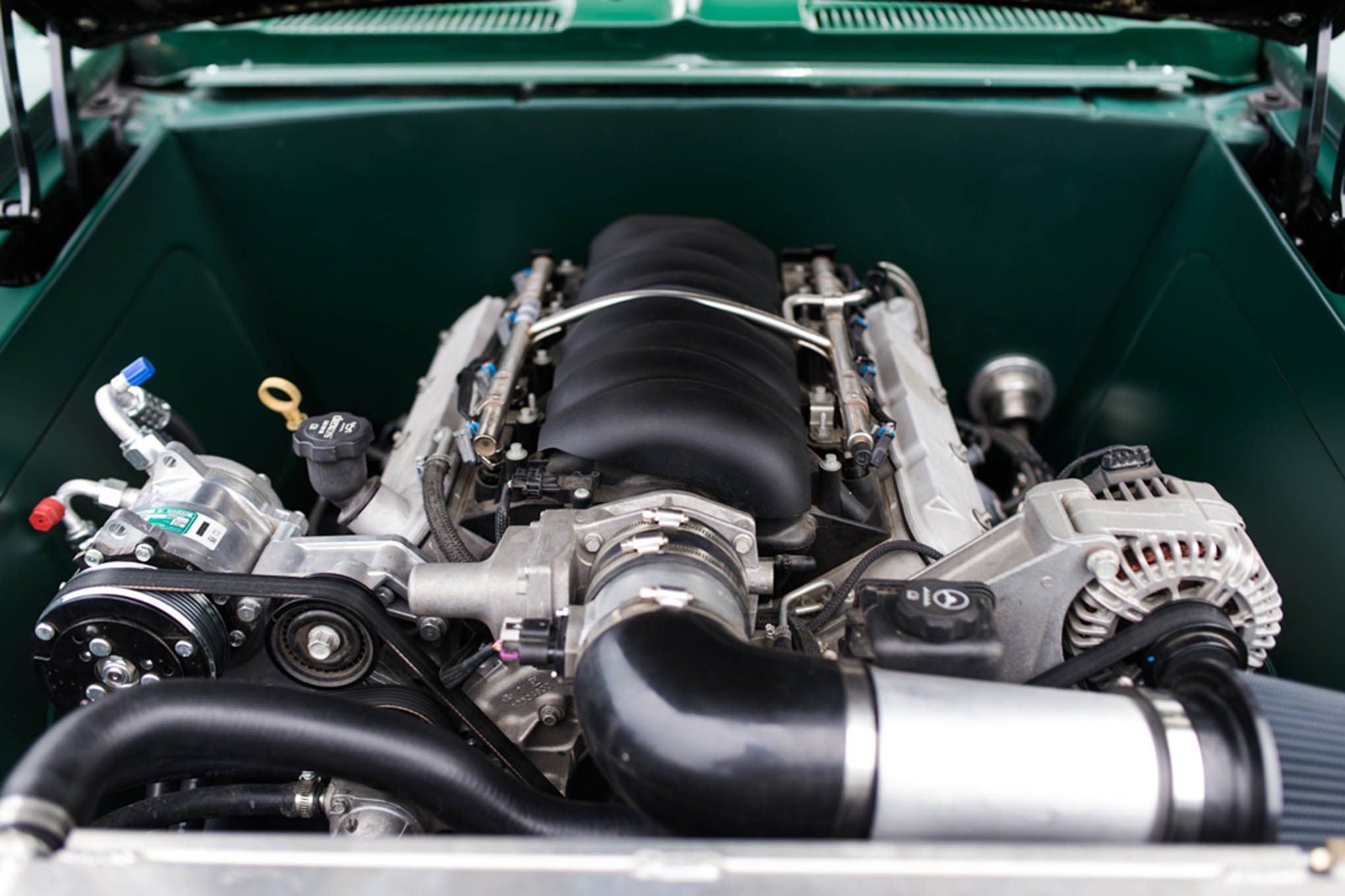 After having some fun with the cars, Rutledge decided to sell his beloved Camaro to his friend Steve Allgood, son of Randy Allgood, that owns the Kenwood Rod Shop that builds some of the best Hot Rods in the country. However, Wood immediately regretted selling the car and so he pleaded with Foust to buy his. When you are Tanner Foust, you have no short supply of incredible vehicles in your garage. So one day when Foust decided he wanted to make more room for another masterpiece in his garage he contacted Rutledge. 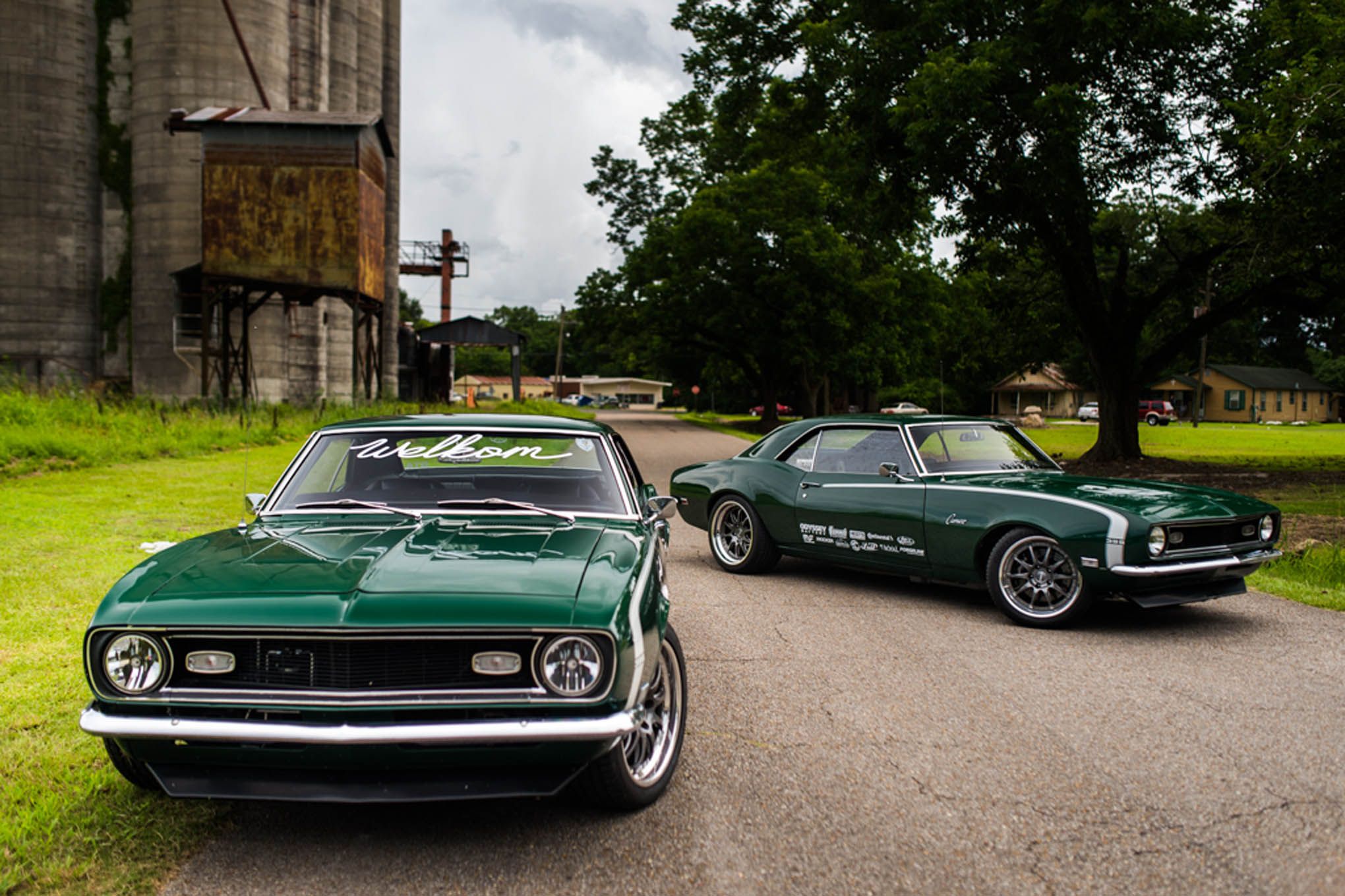 Now that Rutledge has the second half of the evil twin, interestingly since he at one time owned both, he has decided to enter it in the 2016 running of the Hot Rod Power Tour. Since he is still in contact with Steve Allgood, he asked that Steve bring his Camaro so the “evil twins” could be back together again. The Hot Rod Power Tour is considered to be the worlds largest road trip as thousands of vehicles gather for a six day tour through seven cities. The group started in Baton Rouge Louisiana and ended in Kansas City Missouri. Its good to see this many like minded people gathering to show off their cars, or to admire others. 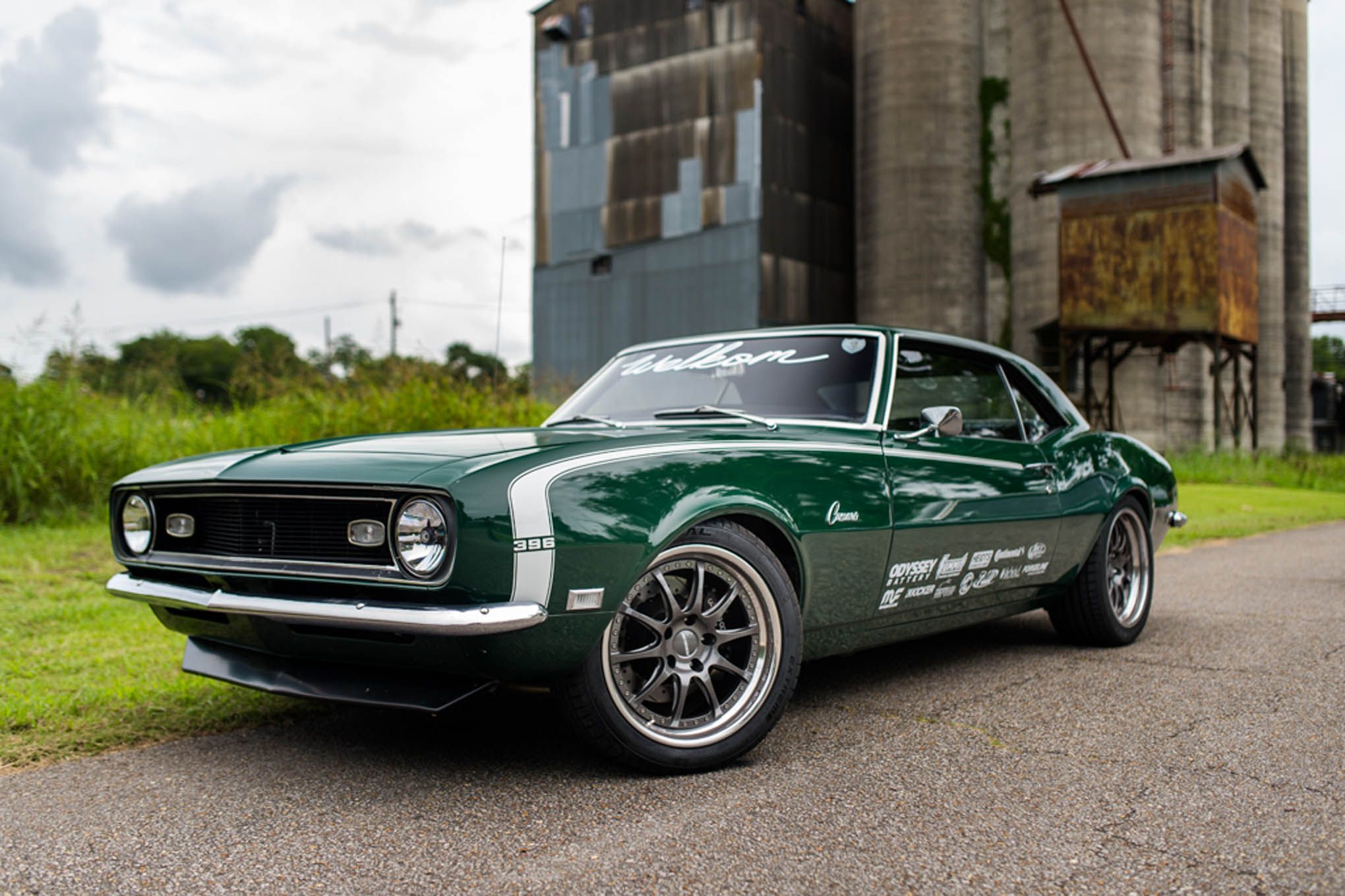 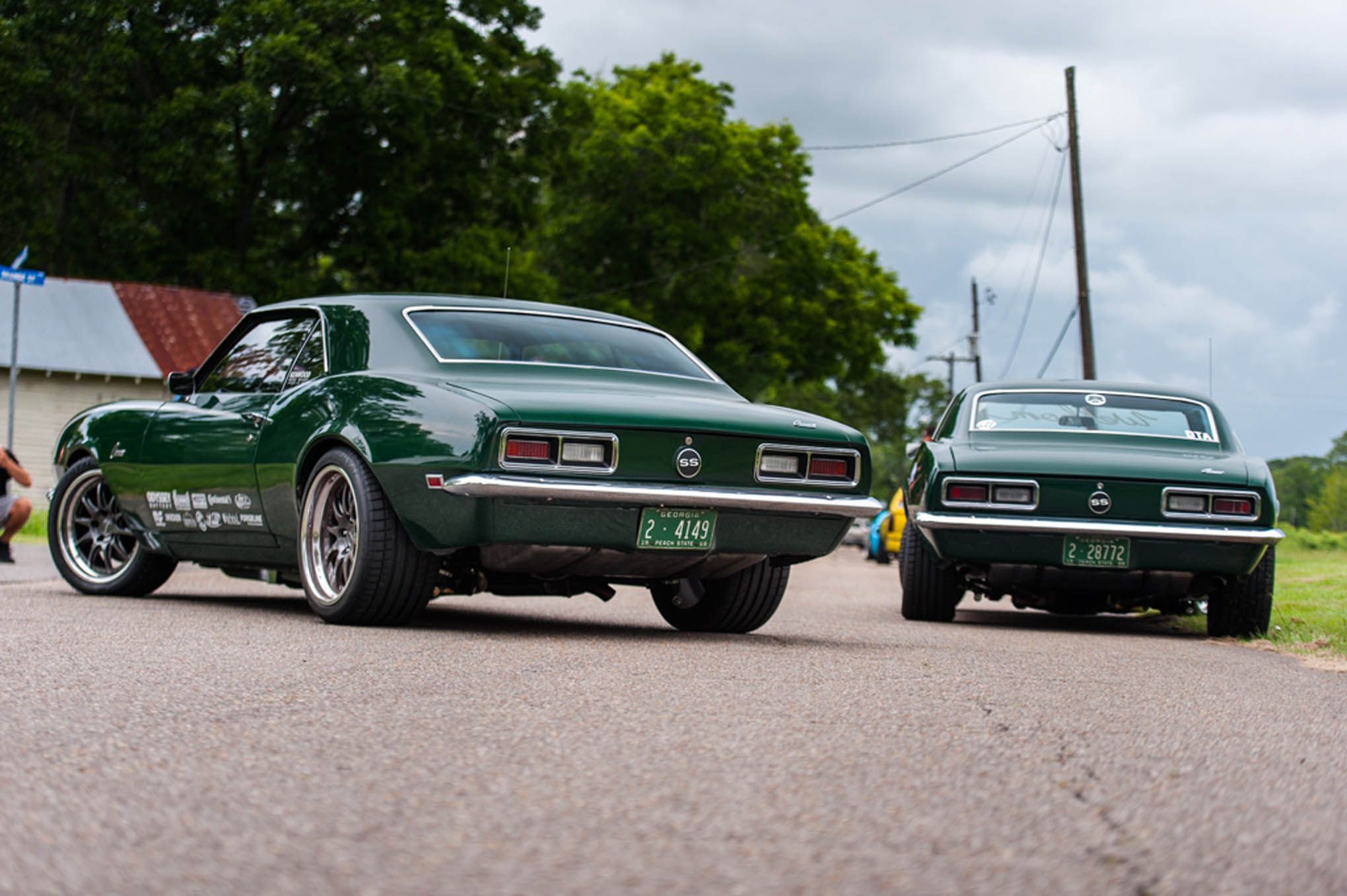