Harley-Davidson is without a doubt the most recognizable motorcycle in the United States, if not the world all together. Starting in the early 1900’s they have built some of the best road going motorcycles ever made. The deep throaty grumble sound a Harley makes is unlike any other bike on the market. Dealerships all over the country will sometimes make unique custom bikes in order to draw attention for advertising, among other reasons. But Doc’s Harley-Davidson of Shawno County, Wisconsin built a bike that very well could be the definition of one of a kind. 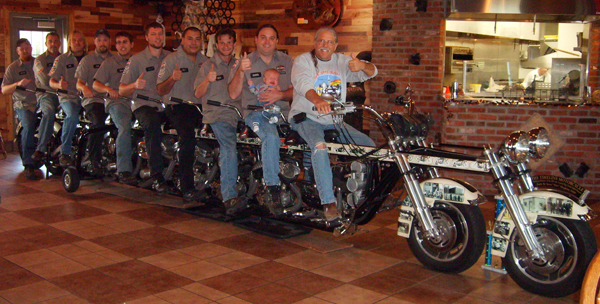 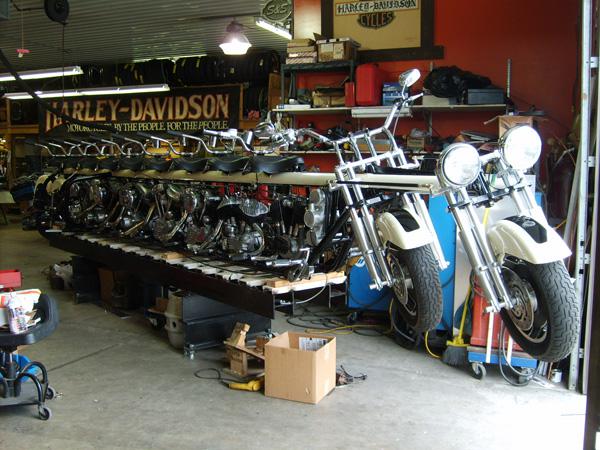 They call it “The Timeline Motorcycle” and there is a very good reason for that. See it features a total of seven Harley engines, all of which actually work and provide power to the bike. Each of the seven engines represents time period throughout HD’s history. 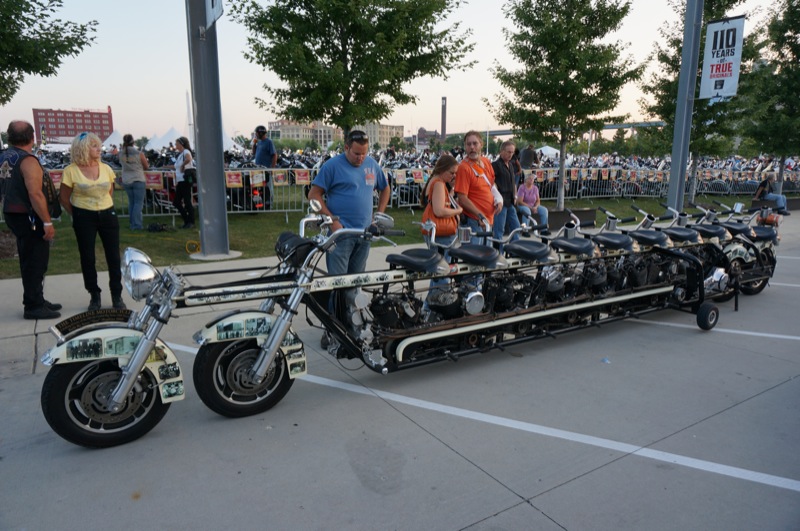 The bike sits at over 24 feet long with a total of four wheels, two up front and two in the rear, that both put power to the ground. As many as ten people can ride on it at any given time. The top frame rail running along the bike is actually the gas tank, with reserve, and is said to be able to hold 9 gallons. Over 40 feet of chain is used to connect the power from all seven engines to the back wheels. All engines combined there is a total of 8,790cc or 538 cubic inches, that is a massive big block motor in the car world. 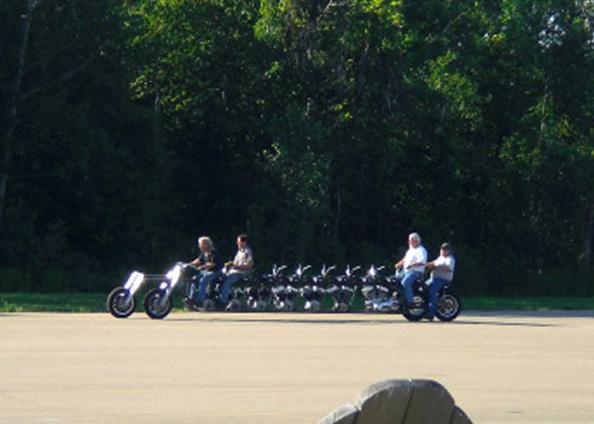 To help with slow moving maneuverability the builders added in two wheels from an airplane that basically resemble training wheels to prevent the massive bike from tipping over. This is not the type of bike that you can just lift back up by yourself. The amount of engineering required to get all seven of these engines working together with one common goal must have been extremely difficult. Especially since some of the earlier engines are pushing 100 years old. But the bike is said to be extremely ride-able and was even ridden to the annual Sturgis Bike Fest a few years back. As far as the current state of the Timeline Motorcycle we aren’t quite sure. We believe it’s still on display at Doc’s Harley-Davidson but that has not been confirmed as of this writing. 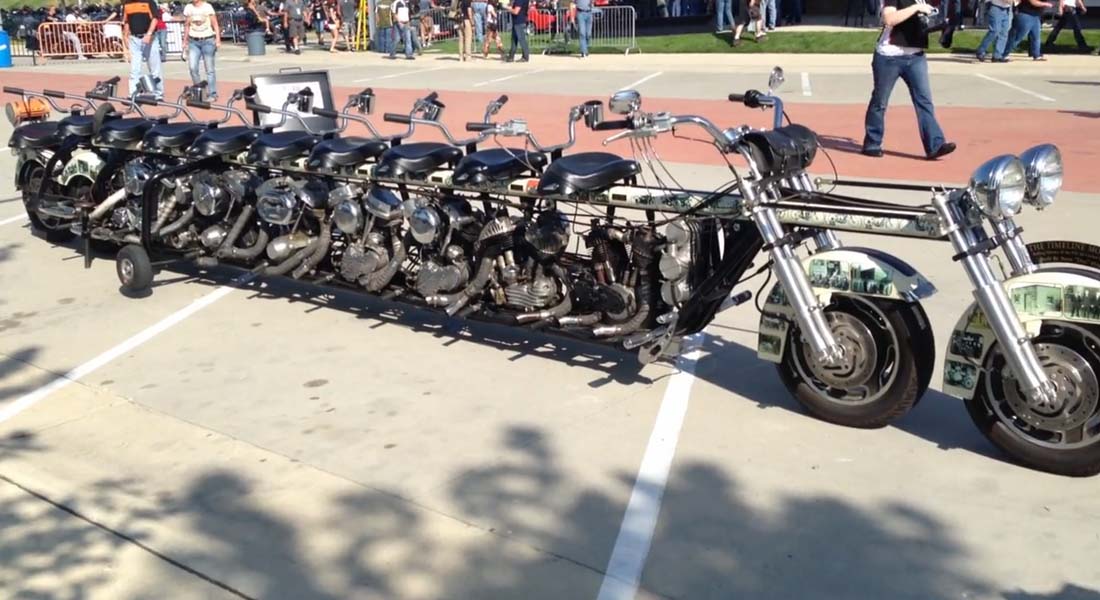