When you learn that Henry Ford once made a car of Soybeans, you’ll either roll your eyes or wonder why it was such a failure. It wasn’t.

Had we not joined the war effort of World War II around the same time, the soybean car could have been the present future. It isn’t. 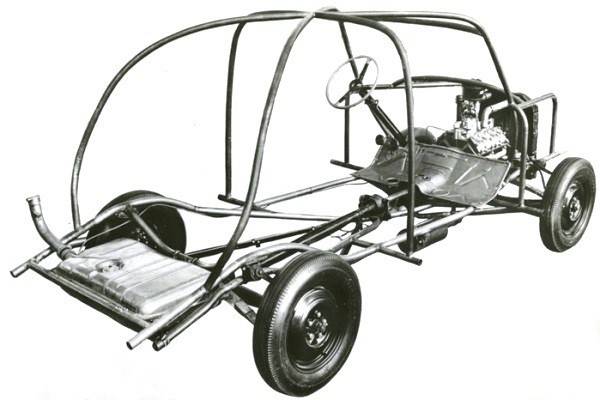 The “Soybean Car,” as history records it, is as much a mystery as anything. We know Ford experimented with organic molds for car exteriors, but the actual soybean car was destroyed, its secrets lost with its demise.

Had it been everything that Ford promised, it would have revolutionized the industry. It could have been the first stone in the green initiative. 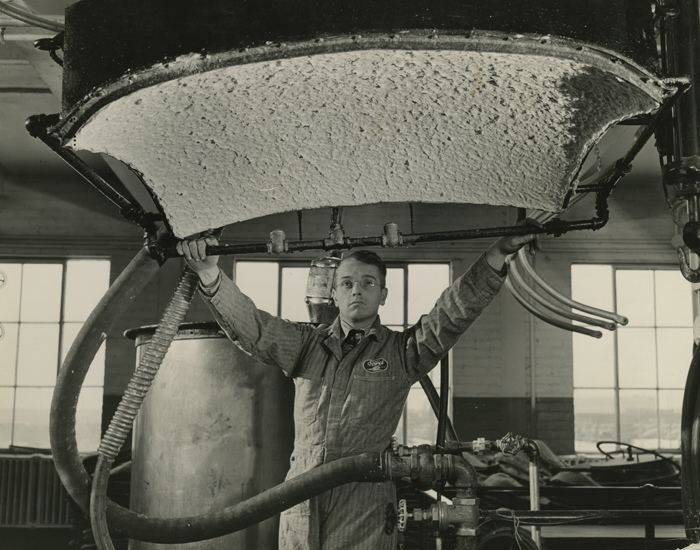 As a good innovator always does, Ford played with new materials and ideas all the time. That fact of car making remains.

Most of the ideas auto manufacturers toy with, become exactly nothing. They claim these concept ideas push the industry in ways it wouldn’t otherwise go by inspiring engineers to think outside the box.

Ford opined future humans would make cars of the future from plastics less than metals. He was right. Today, the new plastic parts outpace metal parts on most cars. 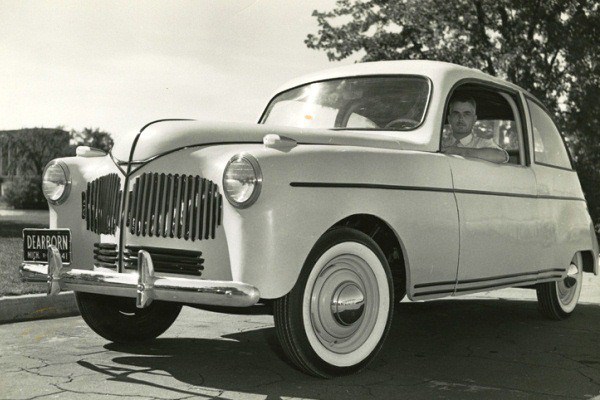 Overly In The Soybean Car | macsmotorcitygarage.com

Dearborn, Michigan: In 1941, Ford displayed the Soybean car at the Michigan State Fairgrounds.

Ford had no intentions of leading the green movement. He wanted to integrate industry with agriculture. He also believed plastics would be safer than metal cars.

Perhaps, but they were lighter to be sure. The Soybean car weighed 600 pounds (25%) less than its metal counterparts.

At the time, they referred to the vehicle as a plastic car made from Soybeans, which is strange to our modern ears. We think of plastics as synthetic, soybean as natural, but the compound made by Ford would have acted like plastic to their 1940 perceptions.

What exactly was in that compound is unprovable. According to Ford’s project manager for the Soybean Car, it was “… soybean fiber in a phenolic resin with formaldehyde used in the impregnation.”

The car may have also run on hemp, but the frame was metal. Ford even submitted a patent for the frame in 1942.

According to Overly, the car was later destroyed. The exact date is anyone’s guess, furthering the mystery. 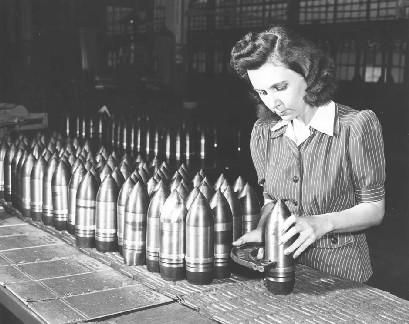 The Soybean Car could have reduced the strain on the war, as it used little of the metal we needed for building tanks and planes, but that didn’t matter.

The Home Front effort, the U.S. initiative to reserve materials for the war machine, ended car production for two years, right as Ford was warming up.

What begs our asking is, if this concept car was so promising, why didn’t Ford pick back up production after the war? The war ended two years before his death.

Maybe it was his health. Ford had already handed over control of the company that year. Still, one would think a good idea would get the attention of a company, not one man. 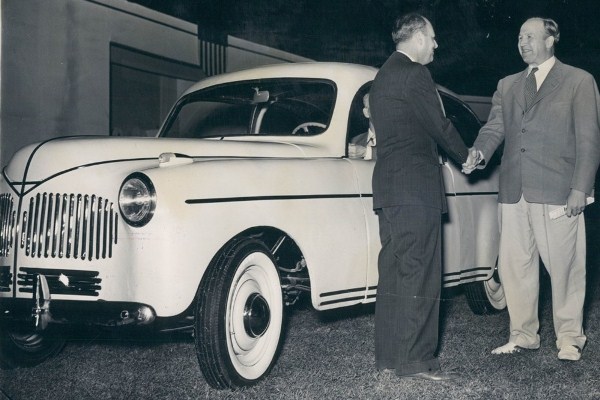 Regardless, the Soybean Car did not re-emerge and Ford passed in ’47.

This writer suspects that much of the Soybean Car is a tall tale, the hopes of one man, that he might someday fulfill a pipe dream with truth. It wasn’t everything he claimed it was.

Whatever Ford had couldn’t have been as impressive as it sounds, unless it were so impressive it threatened Ford’s pals in industry. It is rather convenient he died two years later.