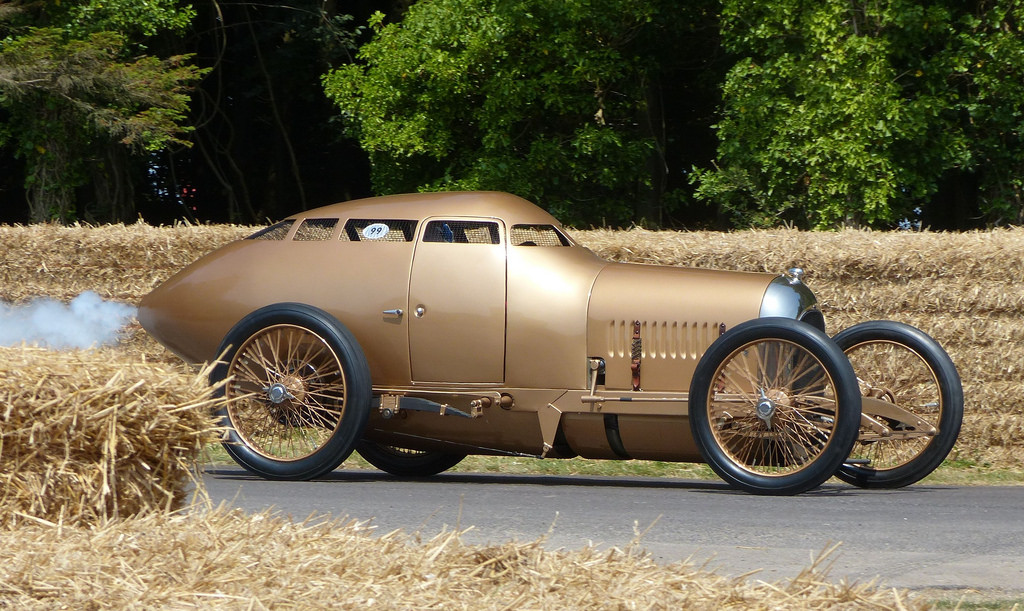 Even though some of the body lines on this car appear somewhat modern, it is most definitely a true classic car. They called it the Golden Submarine and it was built by Barney Oldfield with the help of racing legend and engineering mastermind, Harry Miller, in 1917. The streamlined race car was built not only to be incredibly fast, but also much safer than most cars on race tracks all over the world. 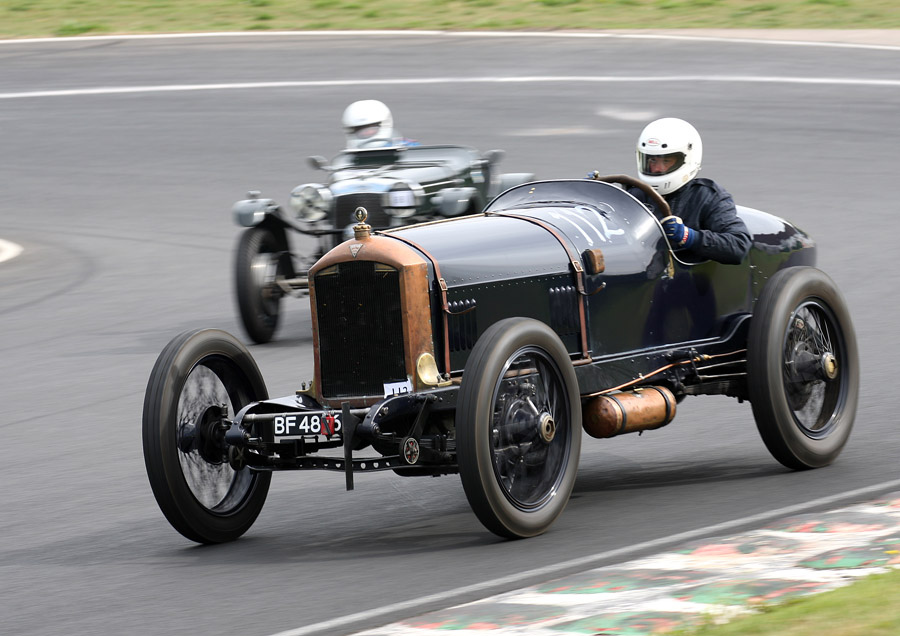 Example of an open cockpit racer of that era, minus the modern helmets of course.
Photo: flickr

Oldfield decided to build the car after a fatal accident involving one of his dear friends, Bob Burman. Also a racing driver, Burman was behind the wheel of an open cockpit car. We have open cockpit race cars now, but they are very strictly designed with strategically placed roll cages and safety harnesses to protect the driver in the event of a rollover. Plus they have actual helmets. In 1917 however, if the drivers wore anything but a hat and goggles, it was most likely something made of leather. When doing a google search for racing helmets from 1917 you get a few old army helmets but otherwise all modern representations. 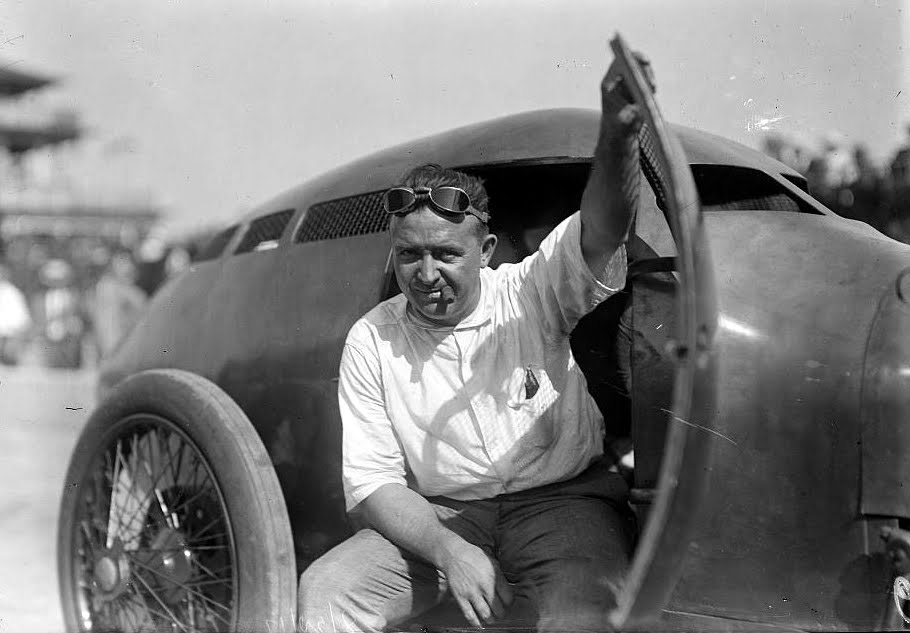 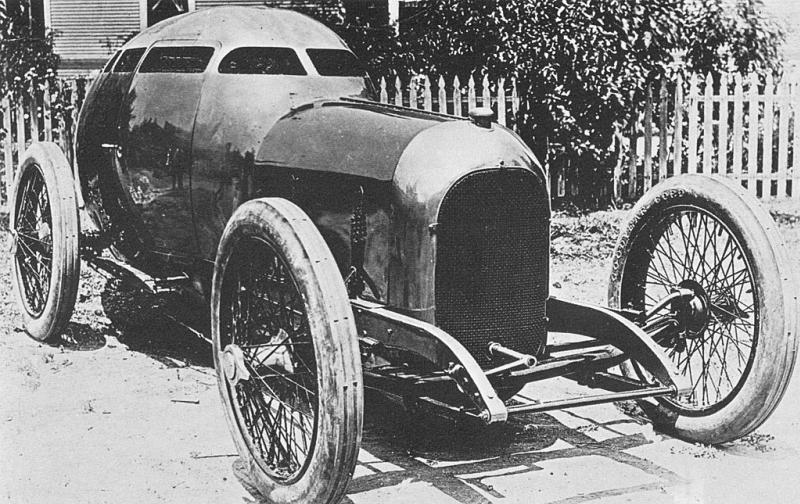 So as you can imagine, any sort of rollover type accident in those days usually ended in a fatality, actually almost any wreck. But Oldfield was determined not to become another statistic so he enlisted Miller to help him build a race car that was fully enclosed, and had a full metal roll cage. It was reported the project cost roughly $15,000 when it was completed, which in 1917 must have been a serious amount of money. If I had to guess I would assume at least the equivalent of $150,000 today. 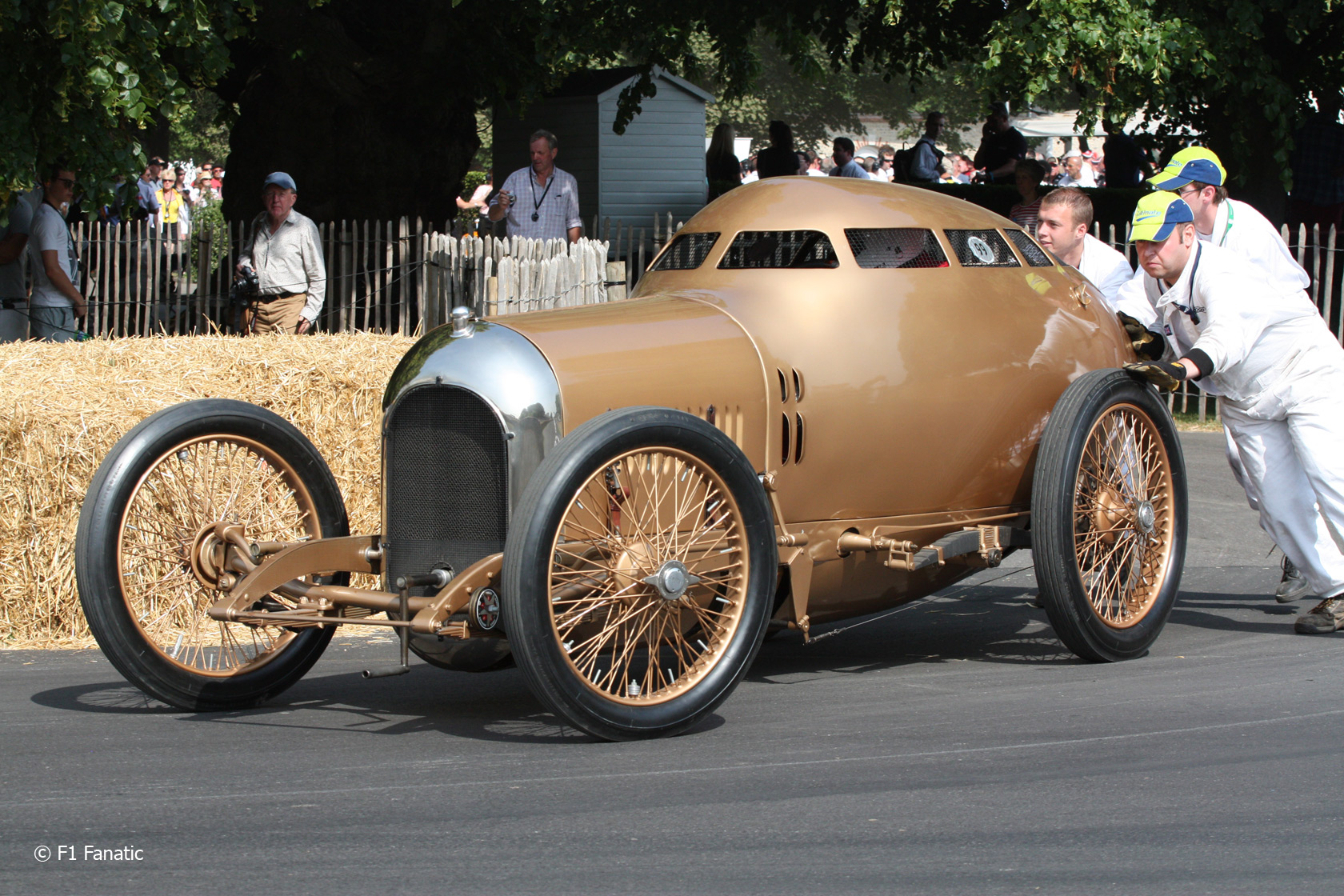 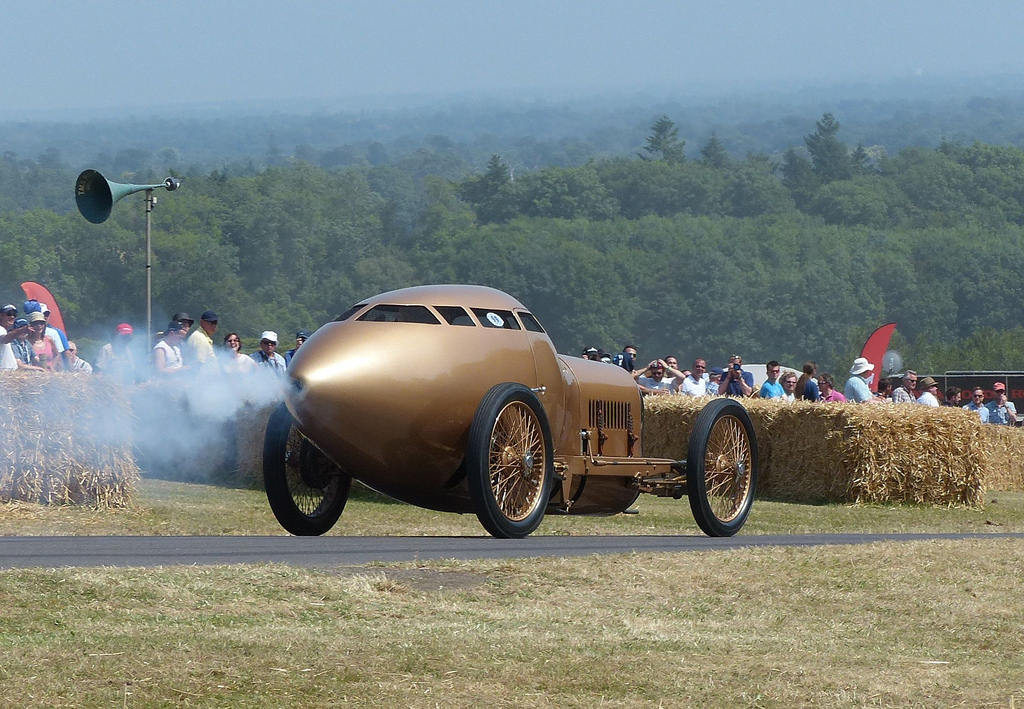 The streamlined racer was even wind tunnel tested to make it as aerodynamically advanced as possible and was so far ahead of its time. Plus the entire body of the car was made out of aluminum making it extremely light at only 1,600lbs, even by today’s race car standards that is light. Powering this beast was a 4.7L four cylinder engine that was made from an aluminum alloy that produced an estimated 136hp. 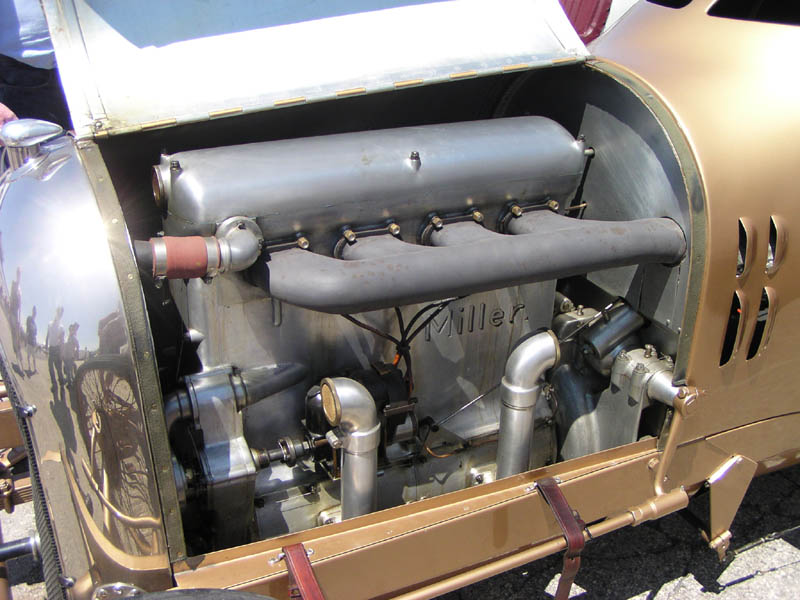 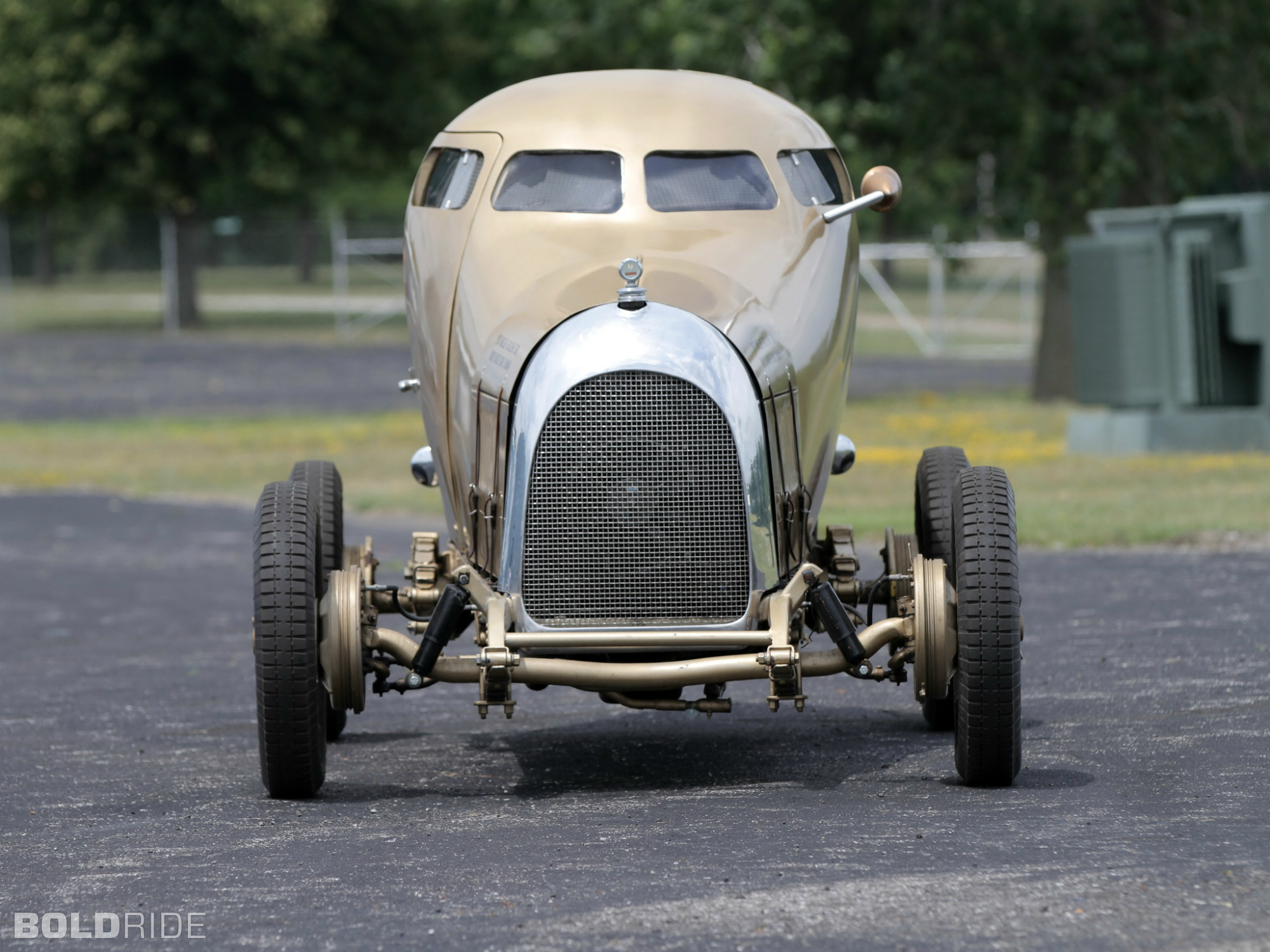 Expectations were very high when the Golden Submarine made its racing debut on June 16, 1917 at the Chicago Board Speedway in Maywood, Illinois. As luck would have it, the engine failed just 10 miles in to the race. Although for those first few laps it did manage to keep a blistering average speed of 104mph. Just over a week later at its second outing it lived up to those expectations by picking up three wins at the Milwaukee Dirt Track. Of the 54 races the car was entered in the Golden Submarine picked up 20 wins and a pair of 2nd and 3rd place finishes. It even qualified for the 1919 Indianapolis 500 but again it was plagued by engine trouble and forced to drop out of the race. 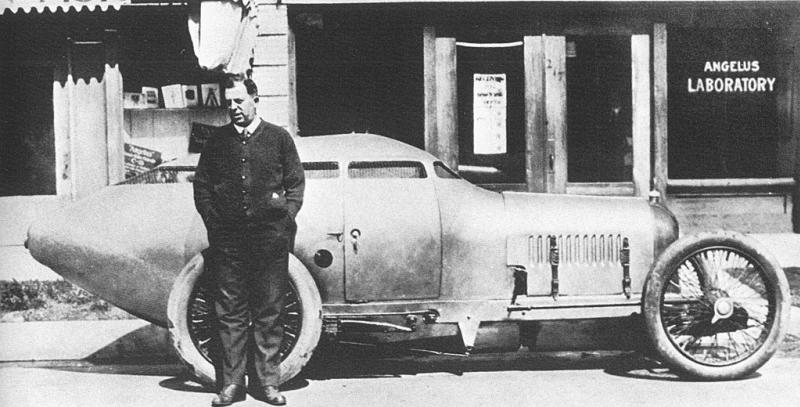 Harry Miller went on to build spectacular racing engines as well as a distinguished racing career. But it all started with the Golden Submarine.

Here is a brief video that shows just how unprotected some of the drivers were.