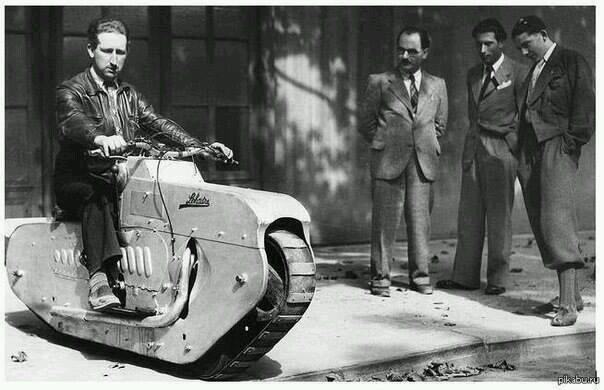 Motorcycles offer nimbleness to combat, not afforded to larger vehicles. A bike can get into tight spots, cover rugged terrain, and move individual soldiers without requiring so much fuel. They don’t do so well climbing or handling the shell-shocked terrain.

They weren’t pretty, but here they are, four tracked motorcycle designs to give you nightmares for a week. 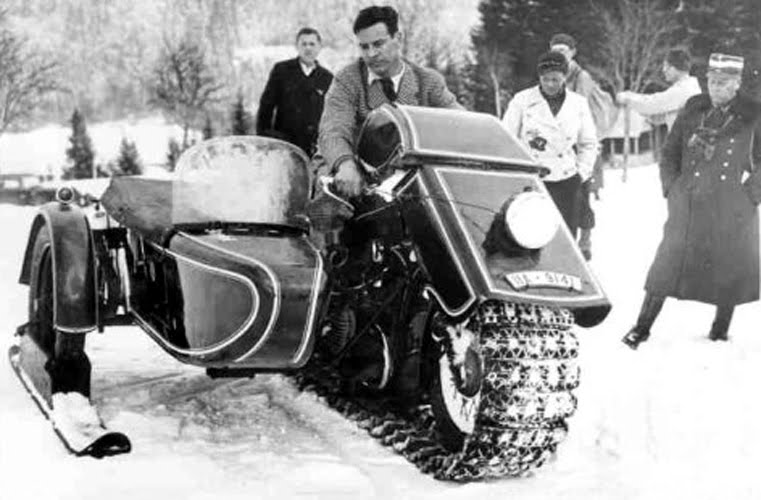 Schneekrad translates to snowmobile. This is not quite what one expects from a sled, but from the images, it seems it functioned about the same.

One straddled the seat like a horse of bike, turning the handlebars to traverse snowy tundras.

BMW built this creation from an R12, a production bike which ran from ’36 to ’42. Although they never broke past the prototype for the Schneekrad, they did make a sidecar for it.

According to dwrenched.com, steering was impossible, which ultimately killed the project. 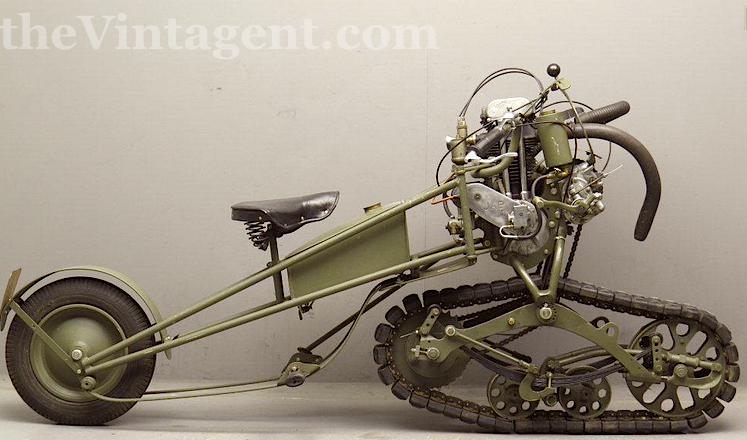 The French Army tested a track motorcycle for a hot minute, the brainchild of Adrien Mercier.

He was Swiss by birth but living in the suburbs of Paris in Bois-Colombes, so French by residence.

The engine for the Type 3 was a 350 cc engine, cranking 11 horsepower. The original design warranted three prototypes, but they built more, enough that one can still find them on Ebay from time to time.

This beast appeared in the February 1938 edition of Modern Mechanix magazine. It made the cover art for that month but was barely a footnote about the prototype.

In the article they describe the bizarre bike as such, “invented by J. Lehaitre, of Paris, France, [it] features a tractor-type drive belt as its means of locomotion in place of conventional wheels.”

The tractor-cycle only went 25 mph, but it could travel over more varied terrain a motorcycle, especially when it came to climbing. Steering, one accomplished by turning the handlebars, which moved the belt sideways.

The proposed final version would come with a machine gun mounted on the front, because at 25 mph, who couldn’t afford to shoot some bad guys at the same time? 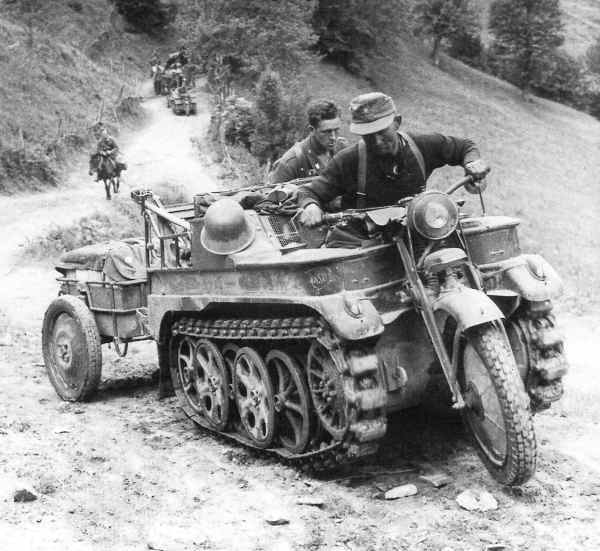 This one looks more like a tank than a bike. Other than the front end steering, it was a tank.

The Kettenkrad could wail compared to previous designs, able to go 44 mph. It could also carry two passengers, not something one would be able to do on a standard motorcycle.

Uniquely designed, the Kettenkrad had two methods of turning, the front fork, and by cranking the tracks in opposite directions like a tank. That allowed the Kettenkrad to turn more sharply.

Further proof that it was barely a bike, the manufacturer’s recommended removing the front wheel in heavy rain for better operation. Why have it at all?

The Germans used these quite a bit, despite the heavy maintenance required to keep them operational. They produced almost 9,000 of them in the years leading up to 1951. 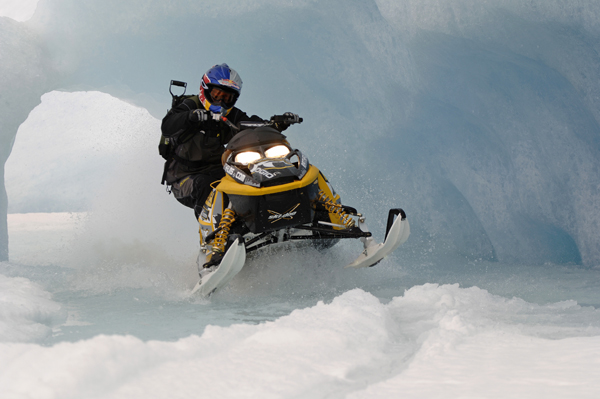 The modern incarnation of this is the snowmobile, a.k.a. “sled,” which can go over snow and terrain. They go way faster than any of these, faster than many bikes.

We use them mostly for snow-based terrains, though. Since we haven’t yet invaded Siberia, it’s doubtful we’ll see too many sleds used by the military soon.