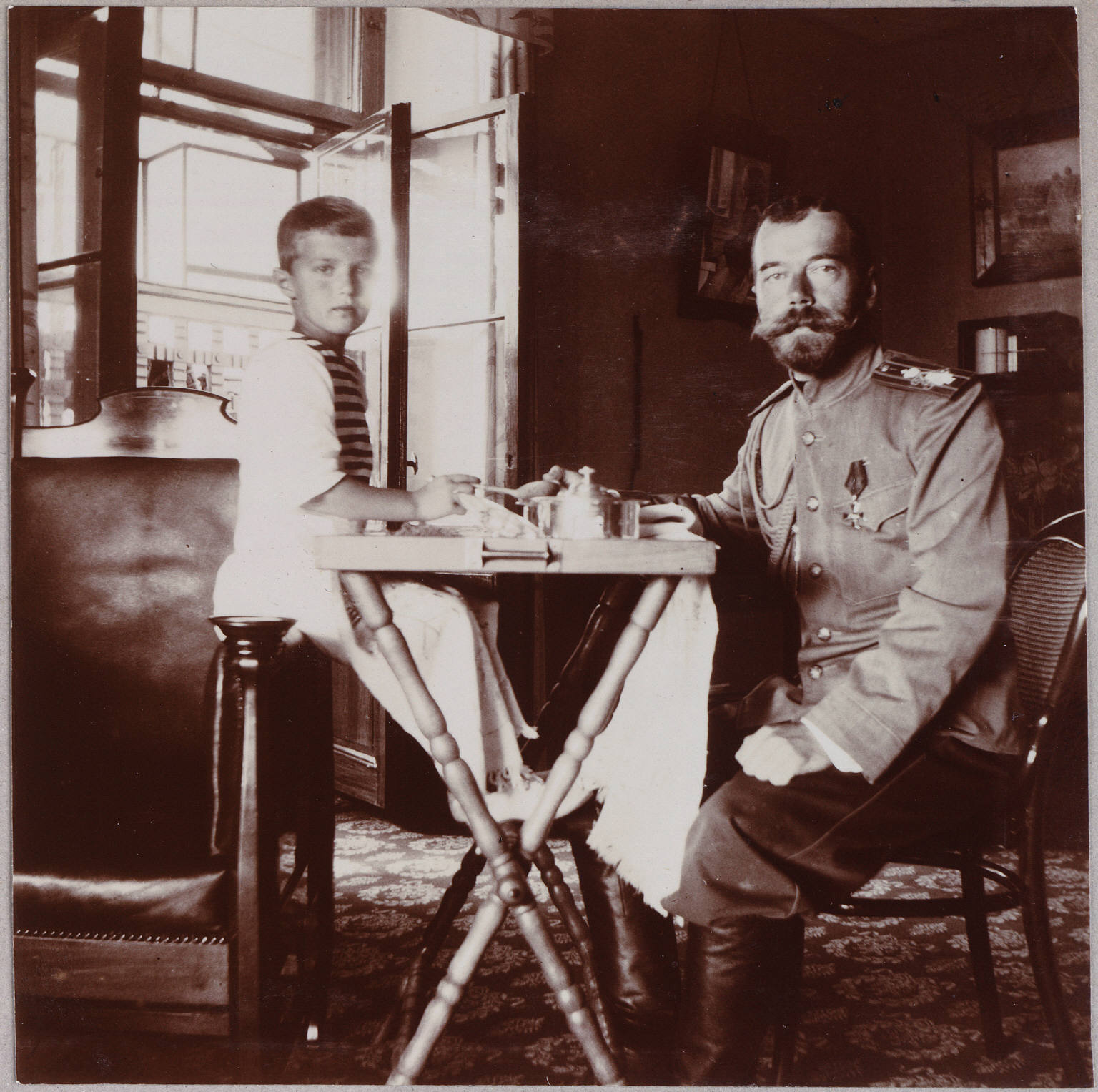 What made the prince, Tsarevich Alexei, so special was that he was the only son of the Romanov’s. They’d produced four beautiful daughters, none of whom could ascend the throne. Alexei came into the world with baggage, though. Although they didn’t have a name for it at the time, he suffered from hemophilia, a disorder where the blood does not coagulate. Afflicted people often bled to death. The only cure for Alexei was the mysterious, closed-door skills of a man named Grigori Rasputin. That man had a bizarre and dark influence on the Romanovs. We’ll look deeper into Rasputin as we go, but first, Alexei. As the only heir, suffering from a scary disorder, it comes as no surprise that the family coddled the prince. They also happened to adore him so it wasn’t hard. This image captures a proud Nicholas at breakfast with his favorite heir. 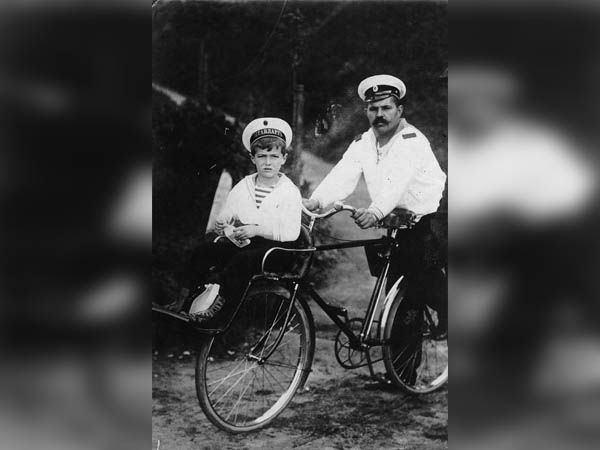 Nicholas II had every reason to believe his son would ascend to the throne, presuming he survived the ailments of his youth. As mysticism was a popular pursuit in Russia at the time, it wasn’t out of the ordinary that the family employed a notorious healer to care for their child. Adding to that, Grigori Rasputin had the uncanny ability to stop Alexei’s bleeding, cementing his employment. It also afforded Nicholas to take risks with the boy. He used to take Alexei on outings like rowing or bike riding. The boy could not lead if he was afraid of the world. Nicholas would even include Alexei in diplomatic meetings so that the boy could start to grow accustomed to the tenor of such meetings. In time, he would be able to easily take over his father’s duties by staying on his hip. 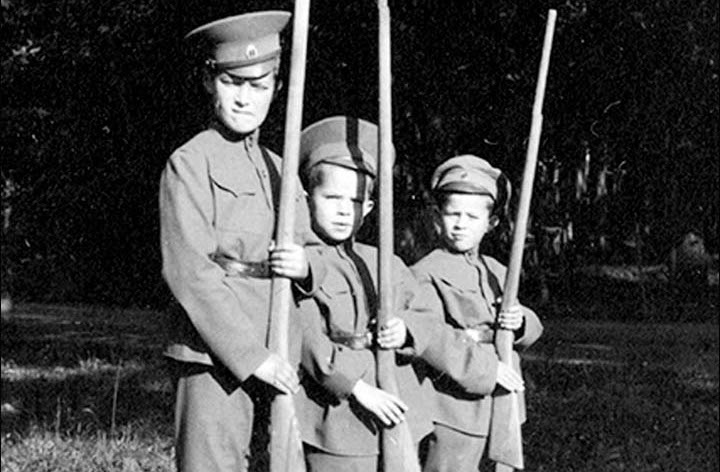 Despite the precariousness of Alexei’s health, he was a mischievous boy growing up. As the only heir to the throne, the family tolerated his behavior. On the flip side, he was an earnest boy who wanted to help and grow into a worthy Tsar. In this image, he plays with the sons of his tutor, aping the behavior and dress of a soldier. In time, Alexei would grow old enough to join the military. By 1916 he became a Lance Corporal. His time in the military exposed him to foreigners, many of whom came to like him. One British Army officer too a particular liking to Alexei. “As time went on,” he wrote, “and his shyness wore off he treated us like old friends and… had always some bit fun with us. With me it was to make sure that each button on my coat was properly fastened, a habit which naturally made me take great care to have one or two unbuttoned, in which case he used to at once stop and tell me that I was ‘untidy again.’’