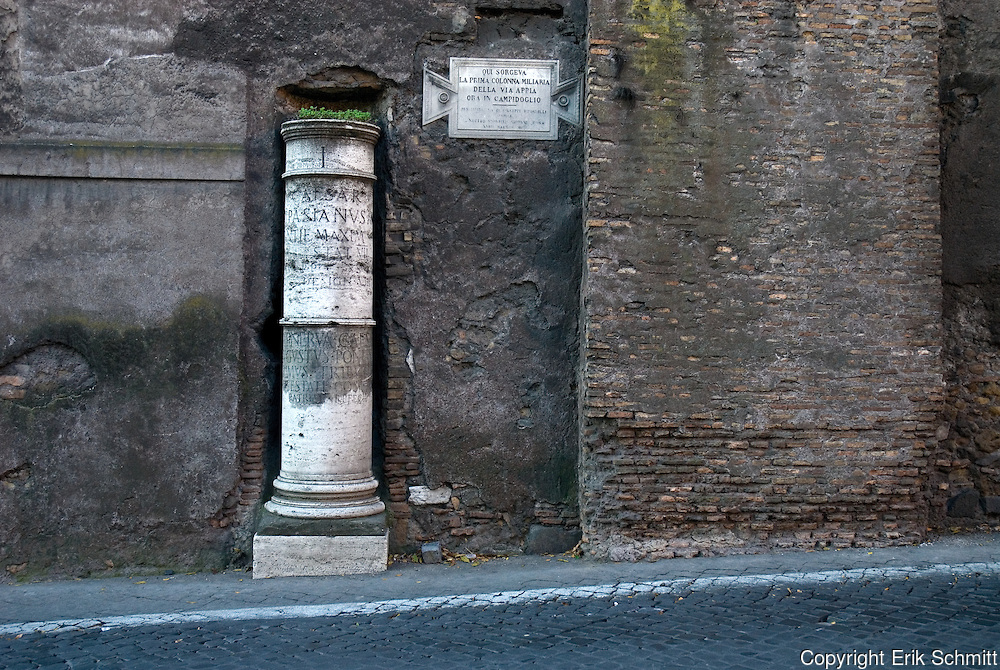 Today, with a valid driver’s license, one can drive in most developed countries without too many problems. There are exceptions, but for the most part, the whole of humanity has agreed upon a standard for signage.

We use the same colors, the same shapes, and a similar enough set of rules so that one can at least fake it. We even use the same materials to make the signs.

Humanity can’t agree on trade or who should have which weapons, but we agree that an octagonal red sign with a white line around it means stop, even if the driver can’t read the word on the sign. 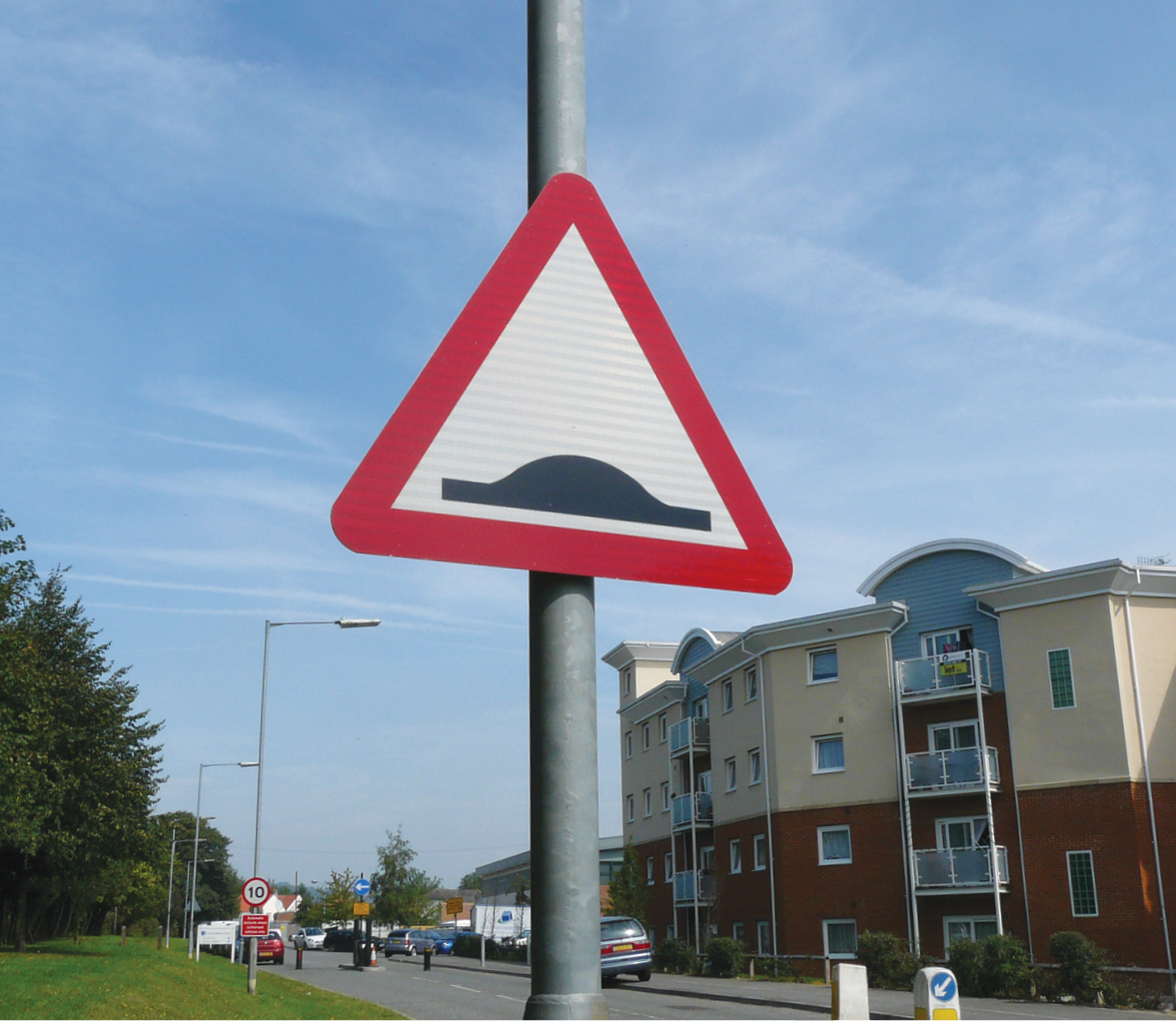 The first road signs predate the car by a long shot. It was in 27 BCE that the Romans erected mile makers on popular roads.

Stone columns on Romans routes listed information like distance and direction, not much different from the distance markers found in different countries to this day.

The Romans take first place for setting the standard. Almost 2,000 years would pass before humanity would set new standards.

The Benz Motorwagen hit the road in 1885, but it wasn’t until 1900 that the Congress of the International League of Touring Organizations in Paris would propose standard signage.

By 1908, in the Italian city of Rome this time, a few basic patterns appeared for signage. Another point for Rome, er, Europe by this point. 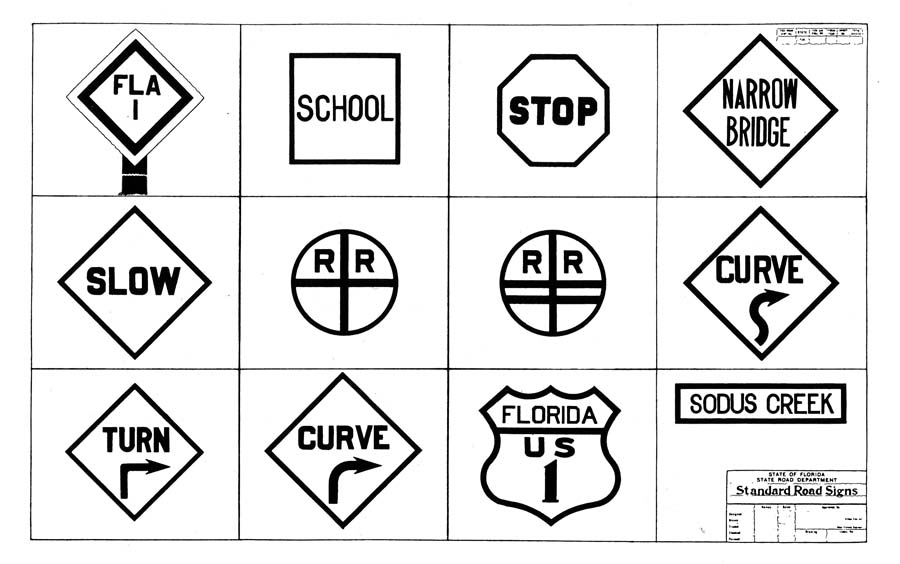 The U.S. may have slapped assembly line belts into car factories, amping production, but we dragged our collective feet on road signage.

While Europe introduced common iconography, the U.S. standardized colors, and sign shapes. Prior to that, the best we could do was make sure streets had identifiers, something standard in most civilized parts of the country since the turn of the century.

Then, in 1915 the first stop sign appeared in Detroit. It was in 1922 that representatives from Minnesota and Wisconsin toured parts of the country championing a shape standard.

They lobbied that rail crossings should have a round shape, stop sign octagonal, curves a diamond shape, caution signs a square shape, and informational signs (speed limit, milage) a rectangular shape.

They also suggested the lettering should be in black, but signs didn’t yet have a standard color. By 1935, these shape recommendations became highway standard in the U.S.

It All Comes Together 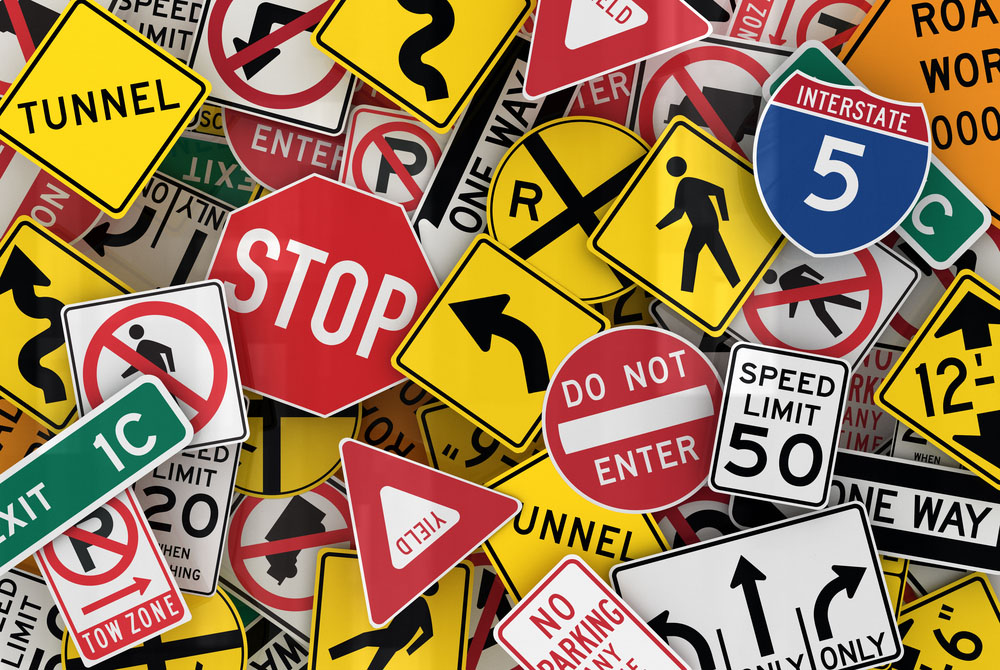 In 1945, signs went aluminum, a lovely standard still used today. That was around the same time that the United States added colors to the shape standards.

In 1960 the U.S opted to make the icons for those signs look the same. The use of icons in place of lettering increased from that point forward so that one could cross the country on Route 66 without having to learn new signs at every state line.

Drivers wouldn’t even have to speak English but for road names when it was all said and done. In 1968, Europe added a danger sign to the list, a white triangle outlined in red, sometimes with an exclamation mark in the middle.

In most countries today, the shapes of signs, the colors of those signs, and the icons all reflect the same standard started in Europe but completed in the United States.

Of course, one can find exceptions to this, but even North Korea uses a red hexagon with white lettering to indicate stop.

It’s like road signs are symbols of humanity’s inner desire to unify our goals. (Deep, huh?)