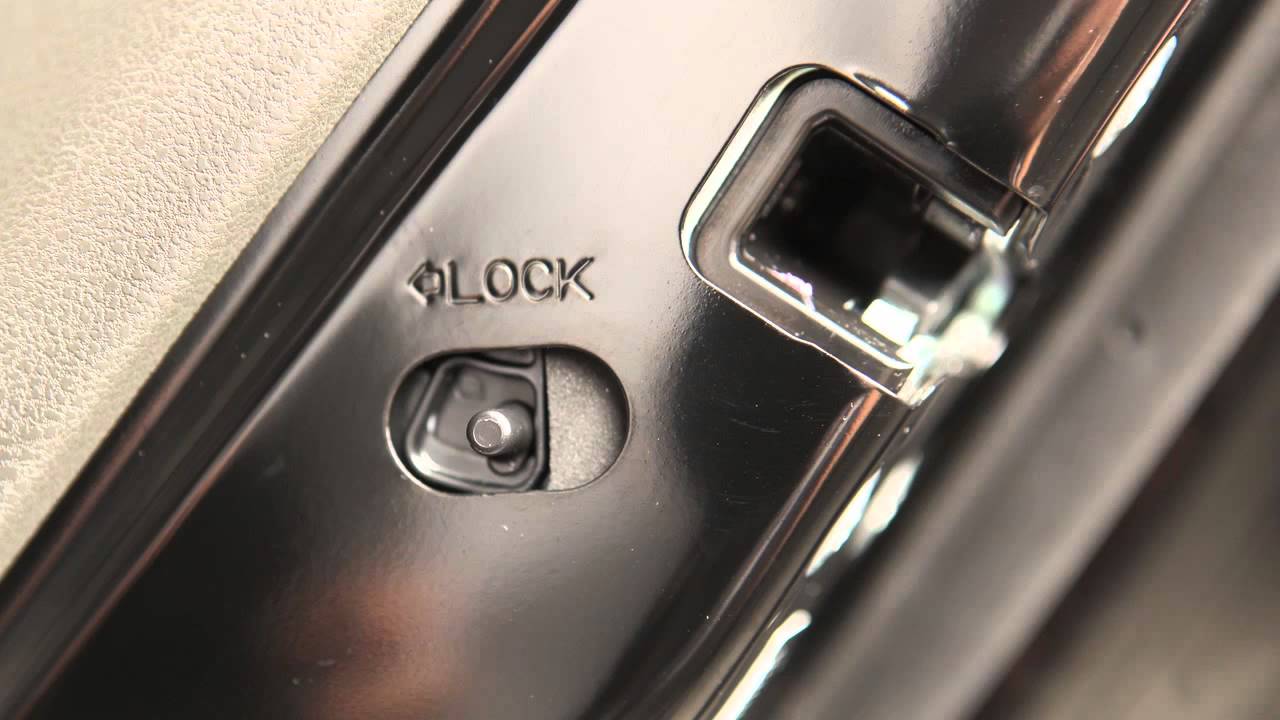 It may surprise you to learn that there is no law mandating the existence of a safety lock on the back doors of your car. This is despite the fact that cars have had them since the early 1980s. It’s weird, awesome, but strange.

If you’ve not had the pleasure, it’s an emasculating scenario when going to dinner with friends, riding in their backseat to the restaurant. When one attempts to exit the vehicle, the inside door handle of the back door fails to open the door. In recent history I had this happen in a similar situation. My wife exited her side, but I could not get out of mine.

He promptly opened the door for me, at which time I demonstrated the little switch on the part of the car door that closes into the jam. Oohs and ahs followed like I was the next David Blaine.

Who could imagine that someone had yet to discover the little switch hidden in the door? Adults without children, that’s who.

What the parentless wonders of the world don’t know (but parents everywhere appreciate like nobody’s business) is the value of keeping the little ones from flinging open the back doors while driving down the freeway.

The best part about this safety feature in cars is that no government body in the United States mandated it. It was as if one day a car manufacturer sold cars with air safety bags, then every other manufacturer copied them, which is definitely NOT what happened with airbags. 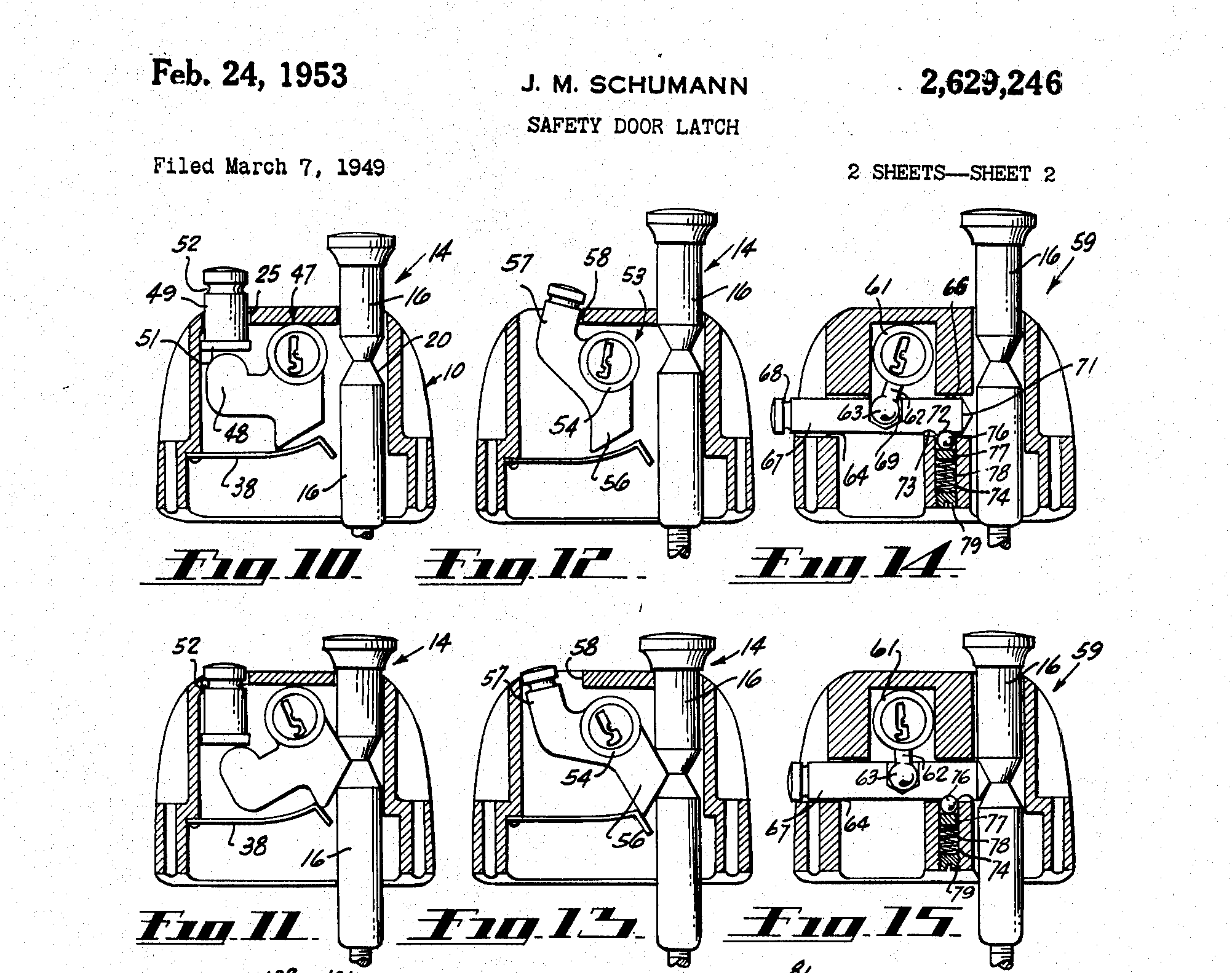 On March 7, 1949, Joseph M. Schumann submitted a patent to the U.S. Patent office for a safety door latch designed to prevent children from opening car doors.

Cars have had locking doors almost as long as they’ve had doors, but Schumann’s design added a layered complexity to locks, not unlike the safety features added to disposable lighters.

It would take an adult-sized hand or a very clever child to open a door locked with Schumann’s locks. In his patent submission, he included several examples of feasible safety locks, all of which are more complicated than what we finally found in cars.

Another patent, submitted in March of 1952 by Charles Hummer attempted to slay the same problem as Schumann. Who won the final patent battle is anyone’s guess. The list of patents on the matter seem endless, from caps over the existing door locks to electronic safety locks. 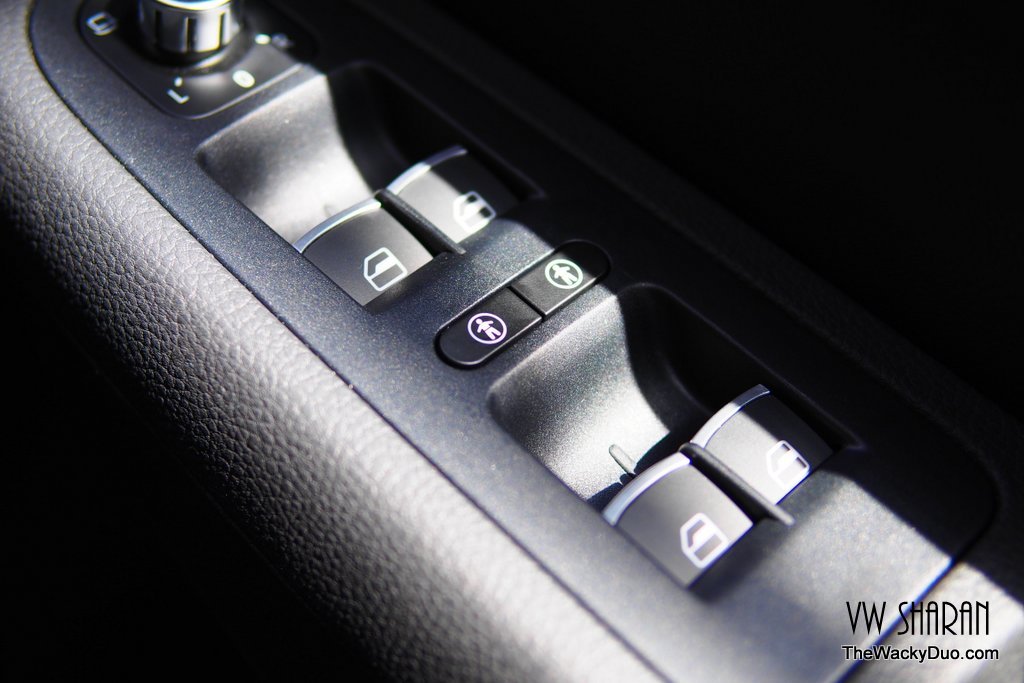 Some versions of these safety locks are electronic. The driver can flip a switch or press a button, rendering the door handles in the back worthless until the driver depresses said switch or button again.

The problem with these systems is that one can inadvertently unlock the back doors. Then it’s only a matter of time before the kids figure out they can open the door.

The stranger version of these safety locks came in the form described at the start of the blog. For the first car buyers, discovering them was a matter of someone’s jacket sleeve triggering the lock, followed by a scene similar to one described.

The pages of car owner’s manuals pertaining to the automobile’s locks received particular attention during the 80s.

Adding to this idea, because sometimes drivers want to lock their doors from adults too, some offer a key-only access to the secret safety lock. The end result is the same. Only someone from the outside can open the back doors.

Search the Department of Transportation’s site, the National Highway Traffic Safety Administration (NHTSA), and Federal Motor Vehicle Safety Standards’ site. There are no regulations forcing automakers to install these locks.

This is an industry-driven feature.

In 2010, the NHTSA addressed concerns raised over their non-regulation of the types of locks. They maintained in their official reply that there was no sufficient evidence to support the value of mandating these locks.

So, it seems that despite over 30 years of these locks in automobiles, we’ll not have any requirements in the near future for secret safety locks.

Adults will continue to linger befuddled in back seats of cars, unable to get out without help from another adult. More importantly, parents with kids will continue to maintain the safety of those kids, no thanks to the NHTSA.