Being one of the most powerful people in the world the President of the United States has no shortage of toys that only he, or maybe one day she, are the only ones that have access to. Such things like Air Force One and Camp David for example. But that’s not what we here to talk about, we want to talk about the other cool toy, known as “The Beast”. The Current Presidential Limo is just short of being a tank disguised as a Cadillac Limousine and upon first glance you automatically see that this is no your ordinary Limo. The exact specs of the car are not known to the public due to National Security but over the years there has been some information released if nothing else just to let everyone know how bad ass this thing as so nobody is ever dumb enough to mess with it. Apparently there are no key holes on the entire car only the secret service know how to open the car doors. It has alse been reported that there are threee identical Limos that to throw off any would be attackers. 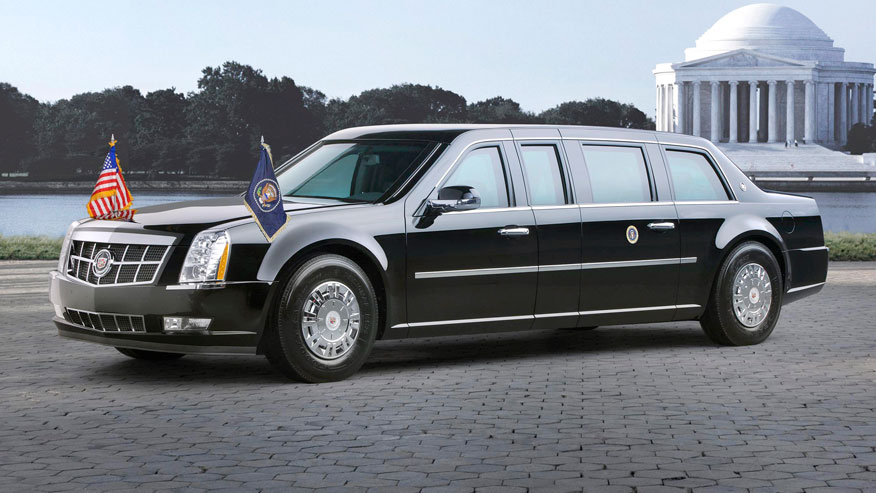 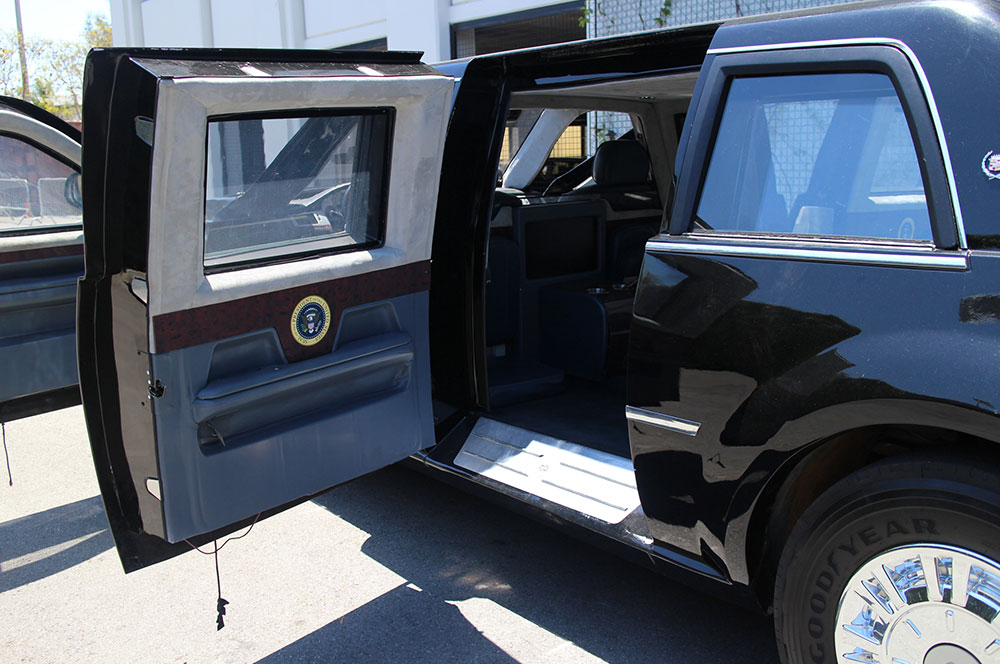 That’s Right, not only is it build to protect our fearless leaders from just about any attack known to man but it also can put on a pretty serious offense if it needed to. The car is hermetically sealed with the ability to generate its own atmosphere in the event of a chemical or biological attack. No exact specs on how thick the armor plating is but its been reported that the car could withstand the direct hit from a tank round without causing damage to the occupants inside the car. It may appear to resemble a Cadillac but probably the only thing that is Cadillac on the entire car wold maybe be the emblem, grill, headlights and tail lights but that is about it. Many believe that the frame and chassis of the Beast is actually from a heavy-duty truck like the GMC TopKick which if that is the case picture the biggest rental moving truck you can get a hold of, that is most likely a Top Kick. The tires appear to be rated for Heavy duty size trucks, almost what you would see on Semi-Truck. The weight of the car is unknown but putting these things into consideration its possible the Beast could weigh in excess 20,000 pounds. 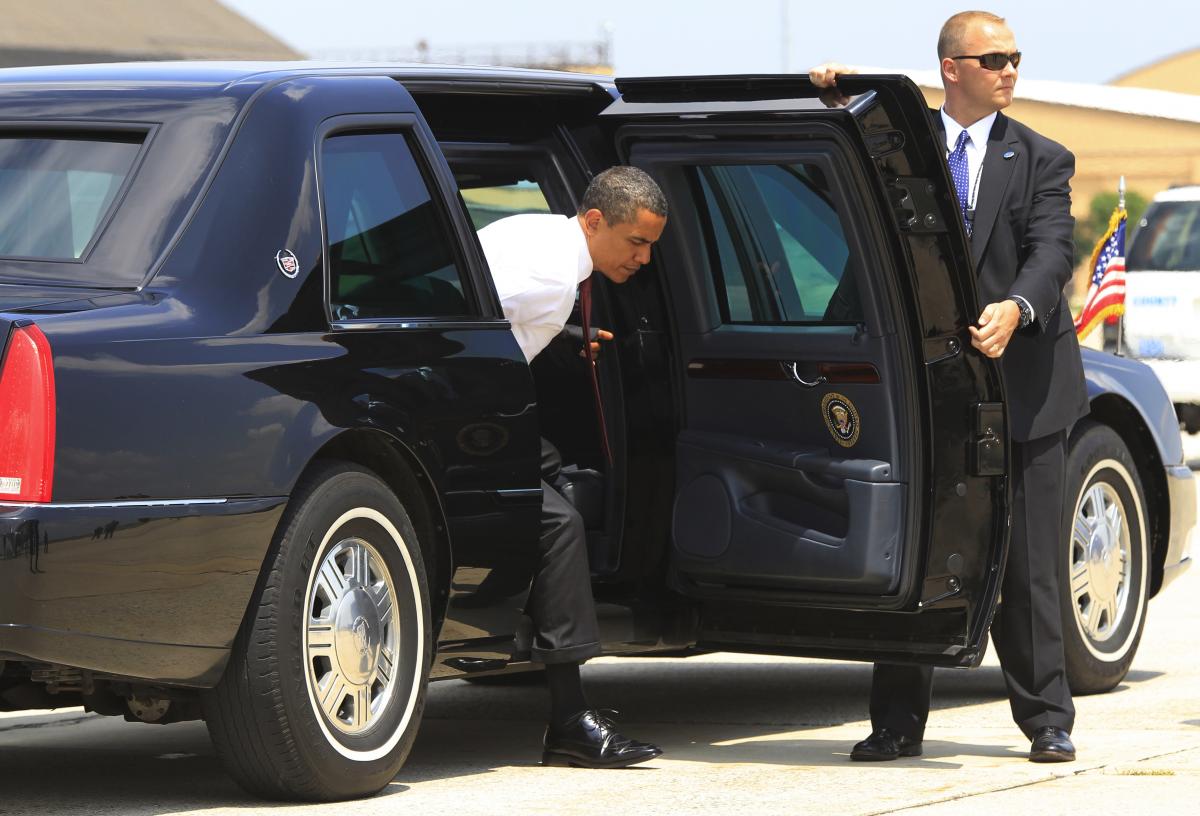 Look at how thick those doors are,
Photo; q13fox 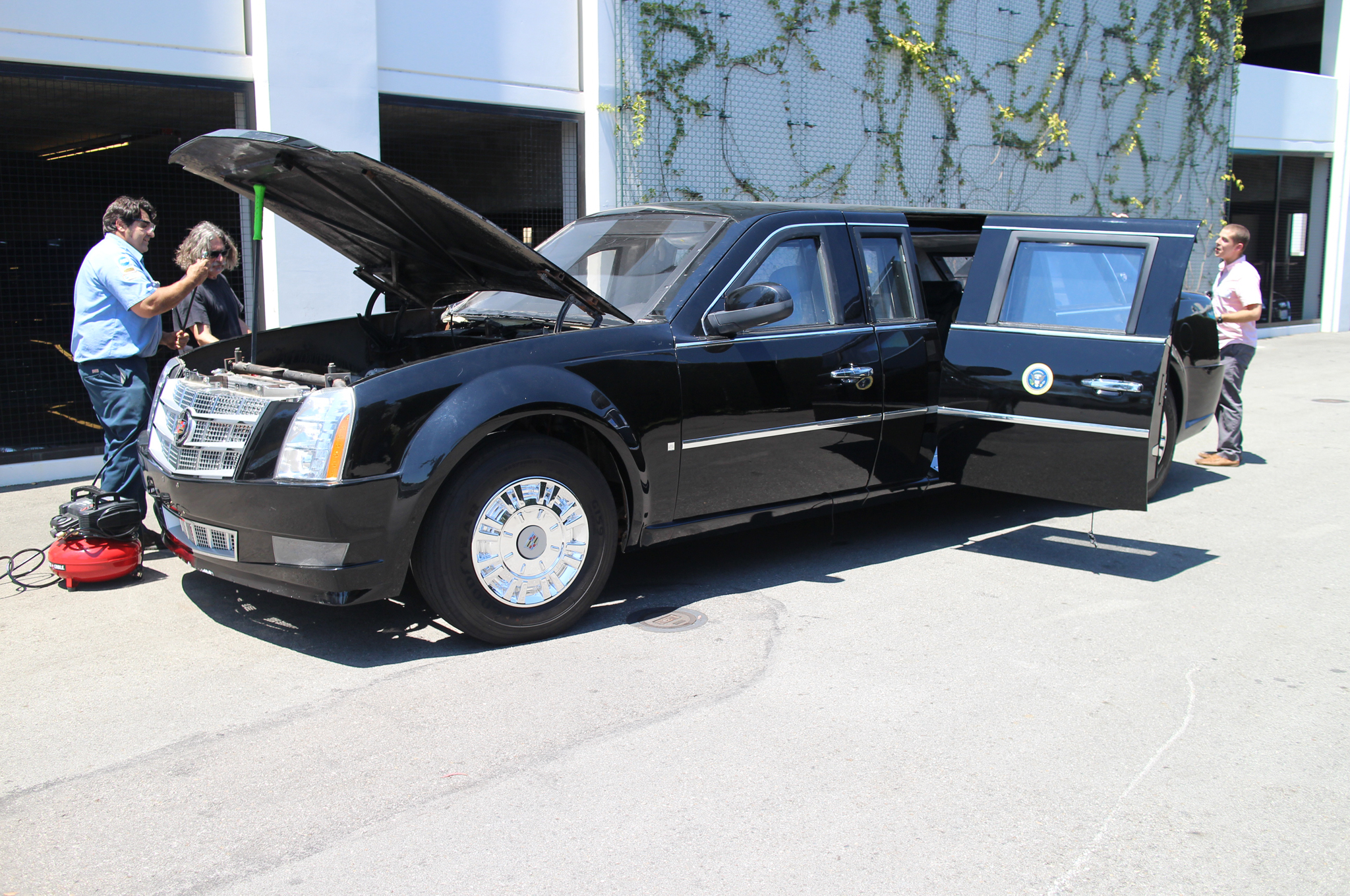 With that much weight you are going to need some serious power and even though the exact engine type and specs are not available many speculate there to be the powerful Duramax Diesel or the biggest V8 engine that General Motors has to offer and that is the 8.1L that is only used in the medium to heavy duty trucks. So if there happens to be a situation that the President needs to make a run for is not the car that will win any races, but it still damn sure is the car you want to be in if your life is in danger. With things like rocket propelled grenades, night vision optics and these multi spectrum infrared smoke grenades that allegedly work as a counter measure for RPG’s and Anti tank missiles you could easily put up a fight if needed. But the main objective is to keep one person alive no matter the cost. To Help that along even more there is said to be bottles of the Presidents blood on board in the event it was needed. Anytime the Beast is moving there will be a motorcade of at least 20 vehicles following him and one of those will be carrying medics that will be attending to the Commander in Chief in no time flat. 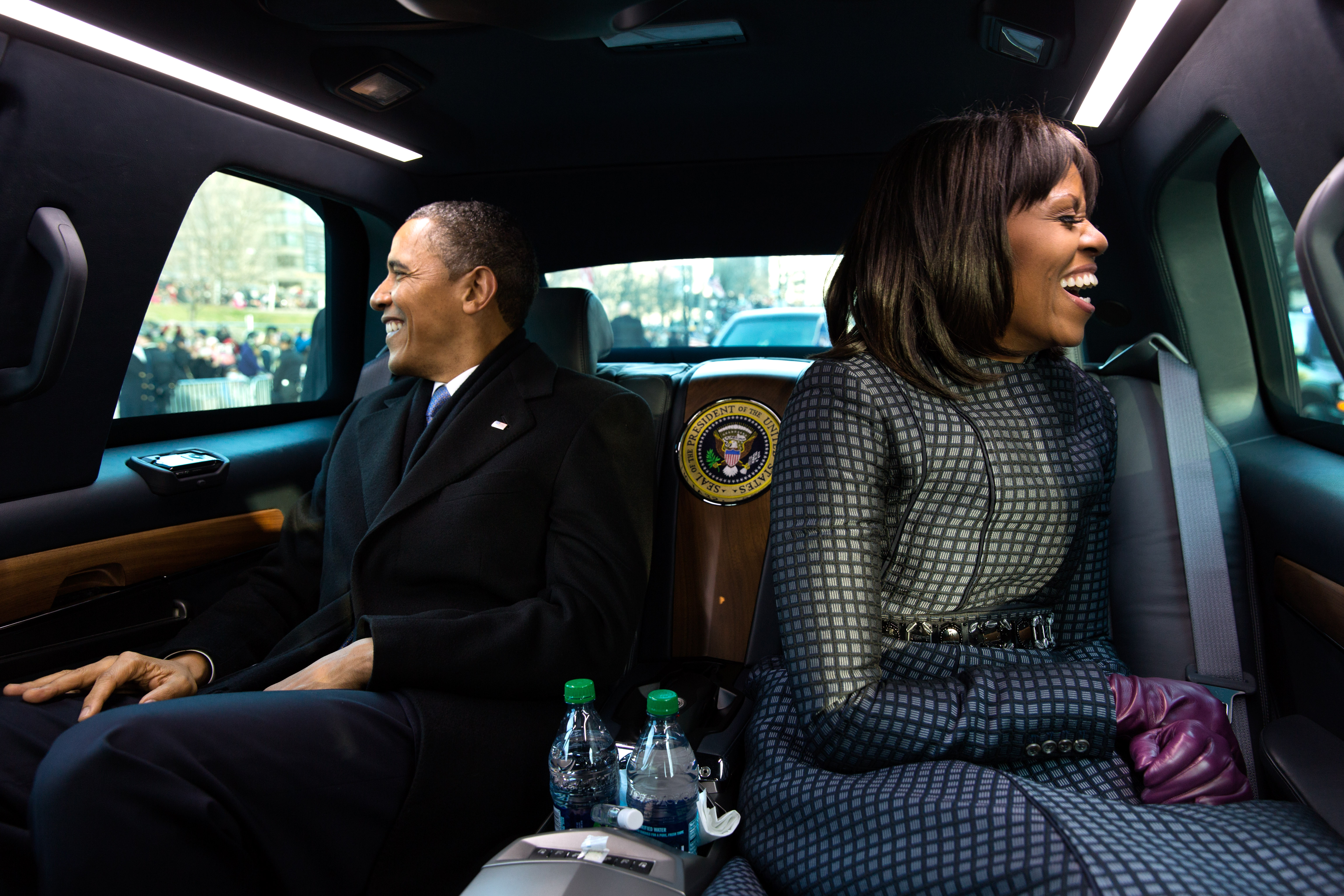 a view from inside the Beast as the Obama’s wave to the crowds knowing they might be the safest place on earth
Photo: wiki