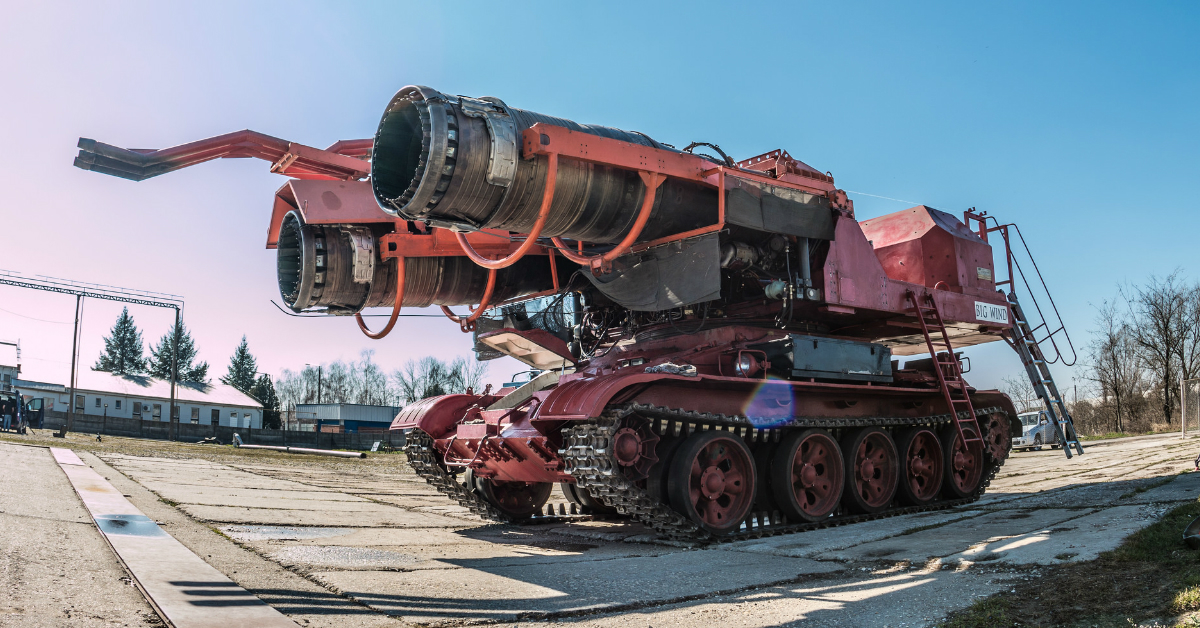 A group of Hungarian engineers inadvertently developed the most powerful fire engine in the world when they were initially designing a way to decontaminate old Cold War tanks. Using an old T-34 tank and two MiG 21 jet engines its fittingly called “the Big Wind” and when you see it in action you can immediately see why. 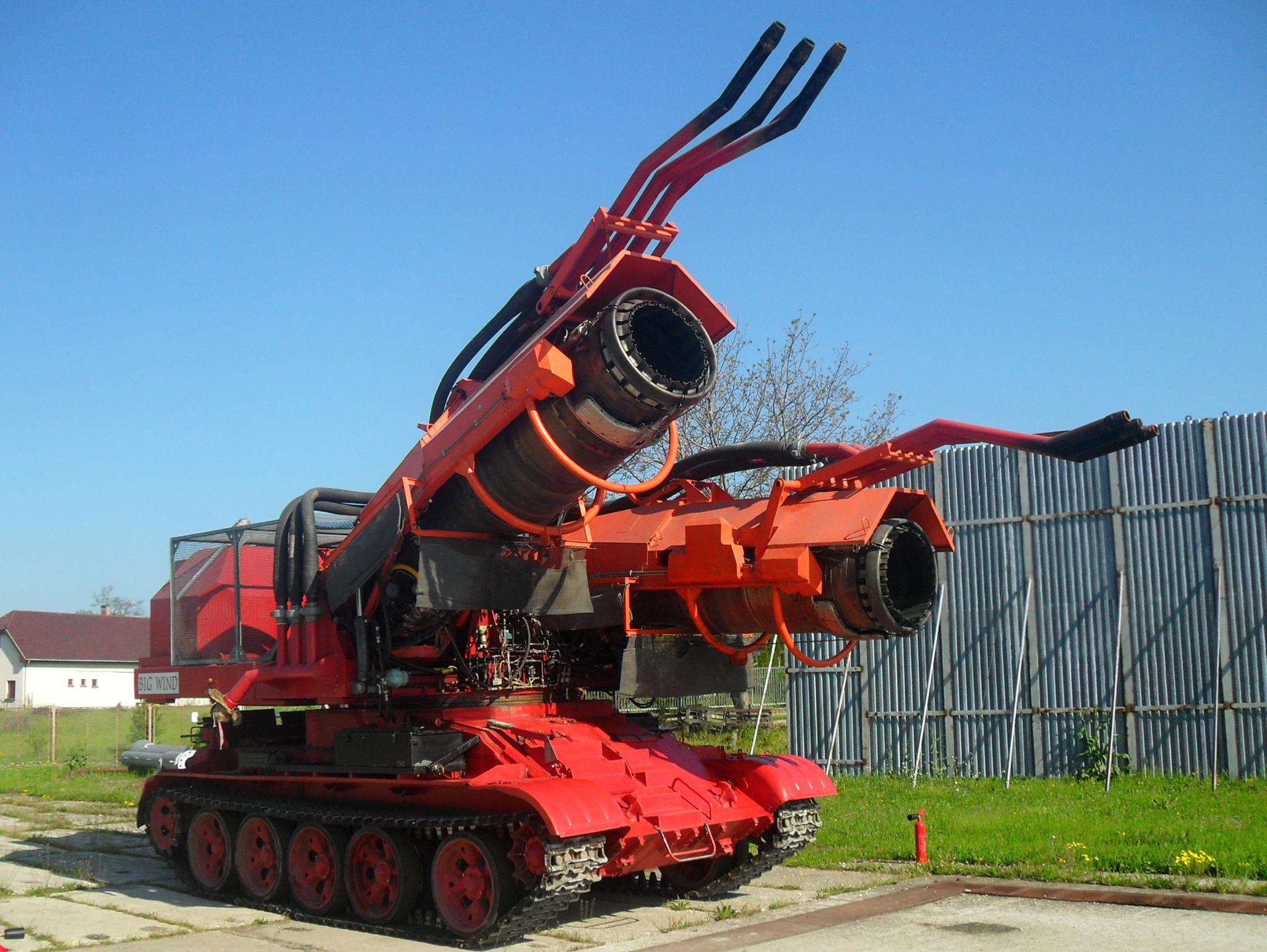 This isn’t designed to put out your everyday building fire, matter of fact it would probably cause more damage to the building then a fire would. The Big wind specializes in putting out oil well fires that would normally be almost impossible, requiring them to just have to “burn out”. Using a total of six nozzles the Big Wind is able to churn out 220 gallons of water per second and that’s when things get interesting, the two jet engines are then fired up and using a combination of a lot of water and even more wind they simply just blow it out as if it was the biggest candle on the biggest birthday cake in the universe. 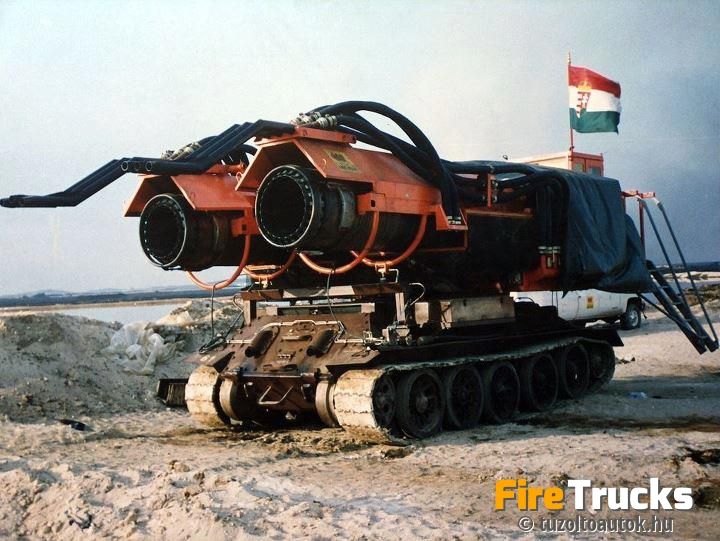 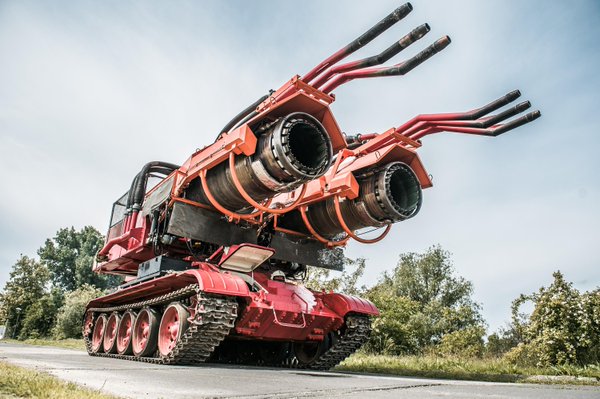