Having an SUV with over 400 horsepower really isn’t that big of a deal in today’s market, with probably close to half of the vehicles available today having at least 300hp and some of the high performance models pushing the 600hp range. Jeep is set to release the Trackhawk that is the Grand Jeep Cherokee with the 700Hp supercharged Hellcat engine shoehorned under the hood. But back in the mid 1980’s, that was completely unheard of. The top of the line SUV would have probably been the Range Rover and even with the V8, it still only put out 165hp even though it weighed roughly 4400lbs. 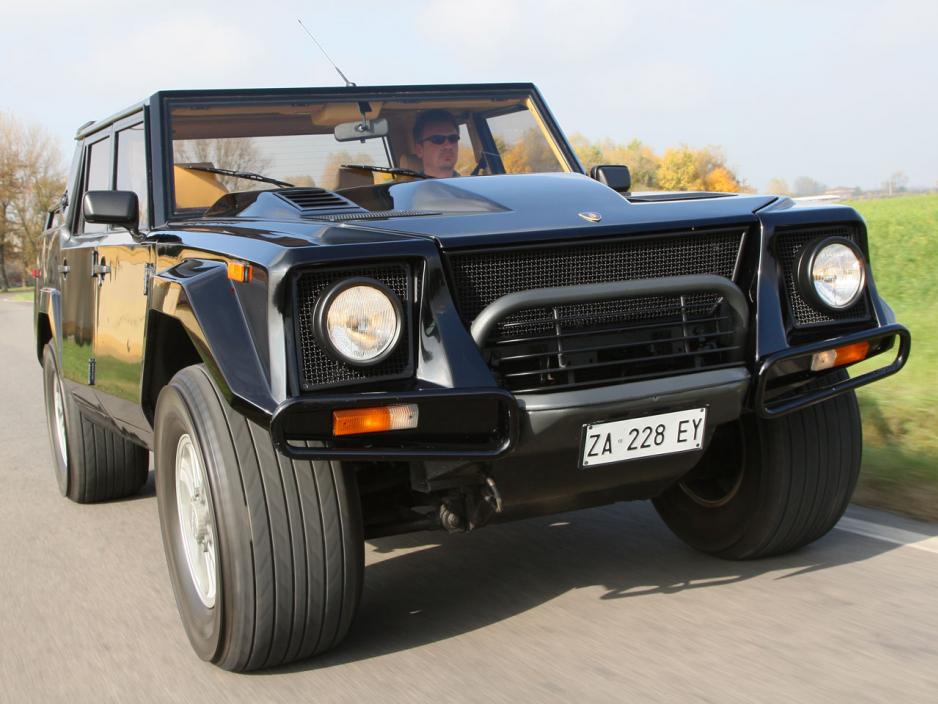 In 1986, Lamborghini flipped the SUV world on its head when they debuted the LM002 at the Brussels Car Show and upon first glance it quickly earned the name “Rambo Lambo”. It was fitted with the same 5.2L V12 engine that powered the iconic Countache with an incredible 444hp, that was well over double the power of the class topping Range Rover. Now granted it did weigh in at around 6700 lbs. so it was a full ton heaver than the range rover but with that extra power who cares about the weight right!Plus it was the first four wheel drive or all wheel drive system put out by Lamborghini. The rest of the numbers associated with this car were also nothing like what was available at the time. The Rambo Lambo had a price tag of around $120,000, could do 0-60 in 7.5 seconds and had a top speed of almost 120mph, in a big ass vehicle weighing almost 7,000 pounds. That must have been quite the experience to open one of those bad boys up out on a dirt road. You know what these specs are quite similar too with exception of price, the all mighty Ford Raptor. 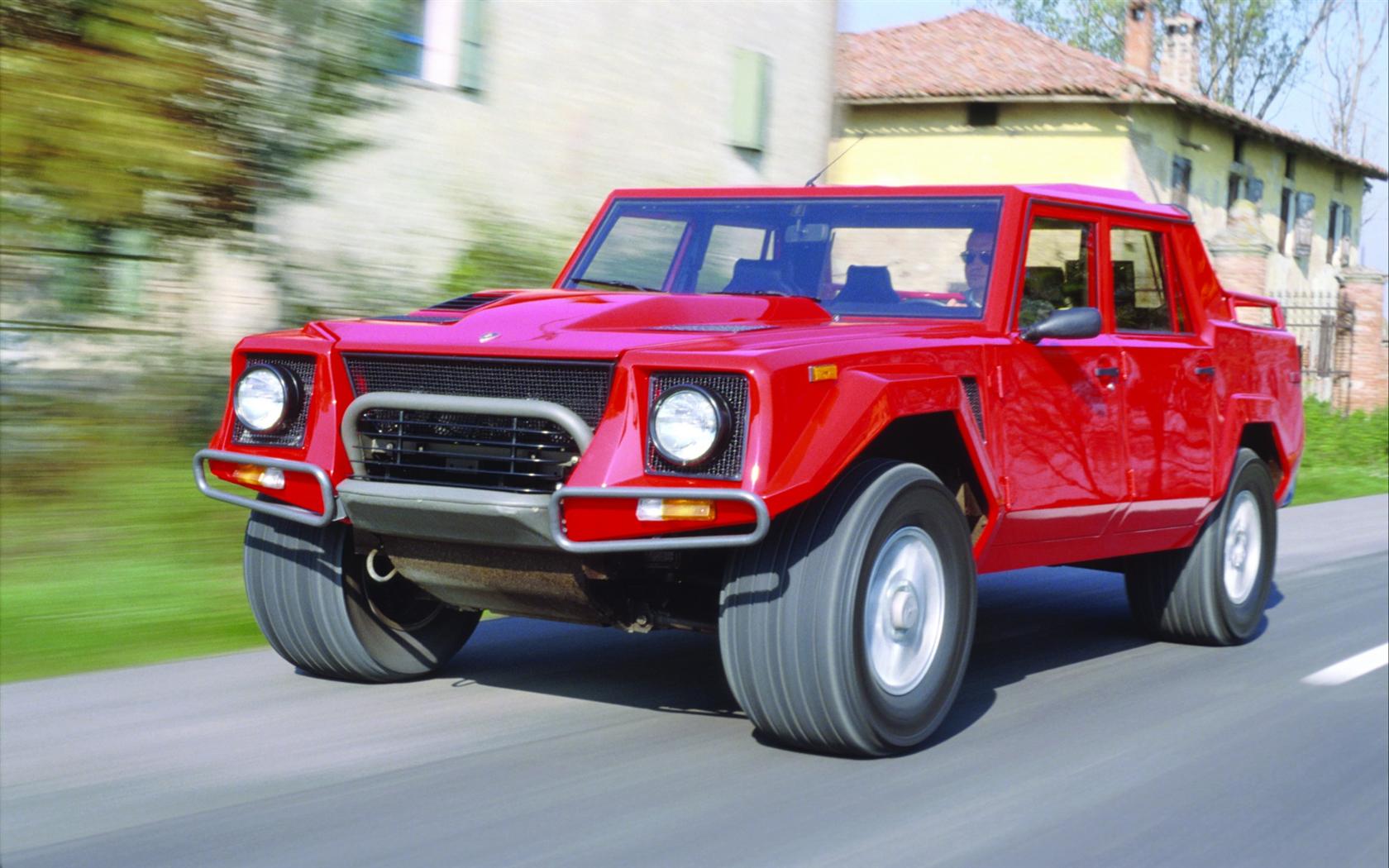 The LM002 was fitted with specially made Pirelli Scorpion tires that were 325mm wide, which is just over a 12.5 inches, and they came in two different tread types. You could either get them with sort of an all-terrain tire, or because it was intended to be used in the middle east it also had a sand tread pattern. Because the tires were so wide they offered excellent traction when on and off road and since both were made using a new run flat technology you didn’t have to worry about getting a flat. That was a really good thing considering that the tires needed to be specially made and therefore must have been quite expensive. Where the Rambo Lambo really shined was in the brake category, even with its immense weight Road and Track Magazine was able to do repeated sop tests from 70-0mph in less than 200 feet. That was substantially less than other models in its class. 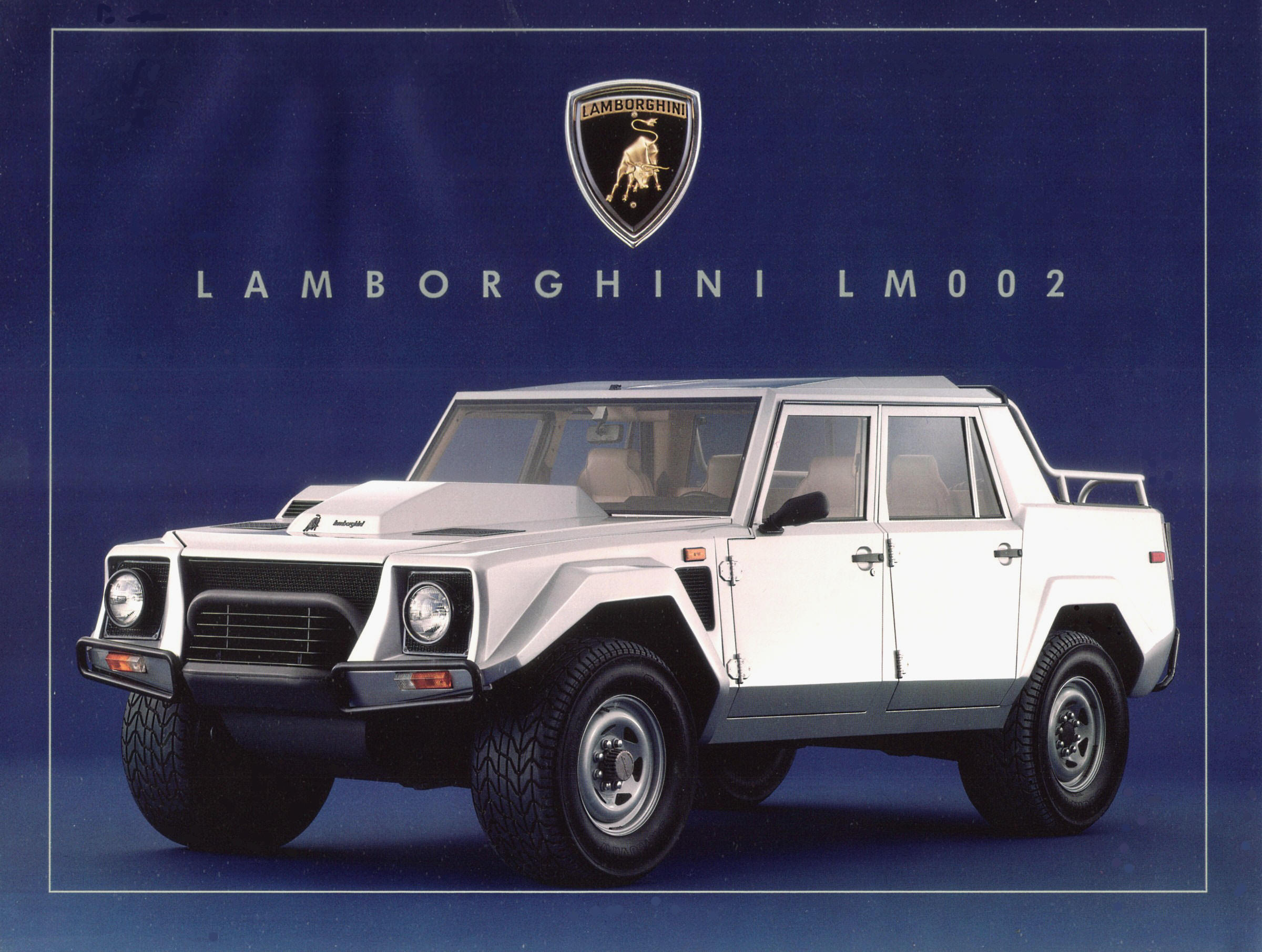 Lamborghini originally designed a vehicle similar to the production LM002 back in 1977 called the Cheetah. They planned on making it available to military services hopefully to get a government contract to build mass quantities. The original Cheetah had a Chrysler V8 that was mounted in the rear of the vehicle but due to unfavorable handling characteristics the engine was eventually moved to the front for the production models. Once the LM002 became available it became very obvious that no military operation was going to want such a high performance engine, strictly because they didn’t want to have to train all the soldiers how to work on a Lamborghini V12 in the event of a field repair needed. Getting a Lamborghini technician out to the desert in the middle of a war probably isn’t going to be the easiest thing. 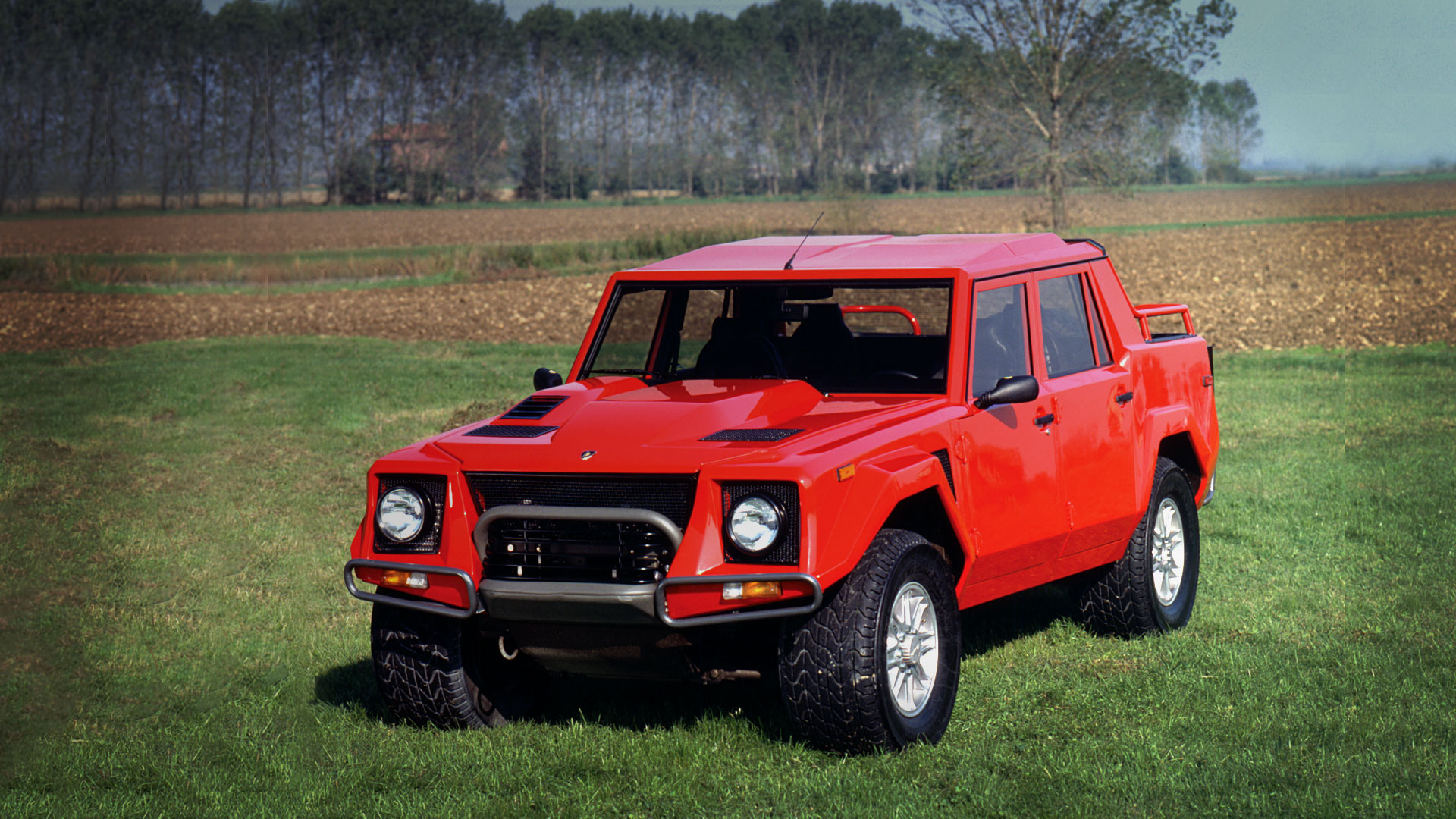 So that is when the brutal SUV was marketed to the Oil industry and really anyone whiling to shell out massive amounts of money to get one. Almost every LM002 sold was completely custom with just about anything under the sun available to be put on the truck. although most came with high end luxury packages including the highest quality leather, Air conditioning, stereo system just to name a few of the basics. Other requests were not so basic, most people that bought the Rambo Lambo wanted to be safe while displaying wealth and power. So it was not uncommon to see armored versions roaming around the desert. For the guy that didn’t think having over double the horsepower of a Range Rover is enough, Lamborghini offered a special 7.2L V12 that was also used to power off shore powerboats that was claimed to have ridiculous power. Apparently there might have only been one of those made and it was called the LM004 but its whereabouts are currently Unknown.

The LM002 was prudence from 1986 and production ended in 1993 and not very many were made so they are quite the collectors item now. Lamborghini has plans of bringing a new SUV to market some time in the next few years called the Urus. The Urus is apparently supposed to push into the 600hp category using a brand new twin turbo V8 and will be available either late 2017 or 2018. We are looking forward to see if this it will deserve the title of “Rambo Lambo 2.0”. 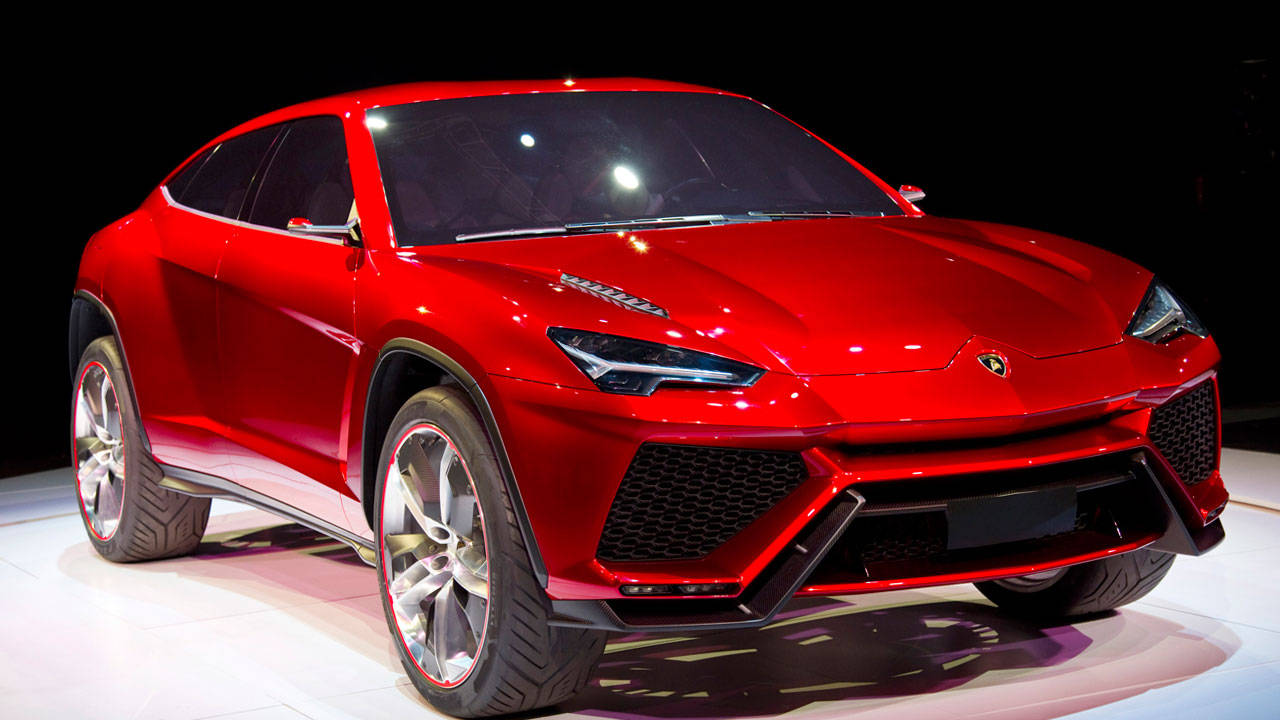 Here is a the LM002 in the spotlight on Jay Leno’s Garage.