The Chrysler 300G made in 1961 is part of the “Letter Series” that started when the 300C debuted in 1955. These cars were considered high performance because most had massive V8’s under the hood. Each year there would be a new car with a different letter behind the 300 classification. It is believed 300 name was chosen due to the cars having at least 300hp under the hood. 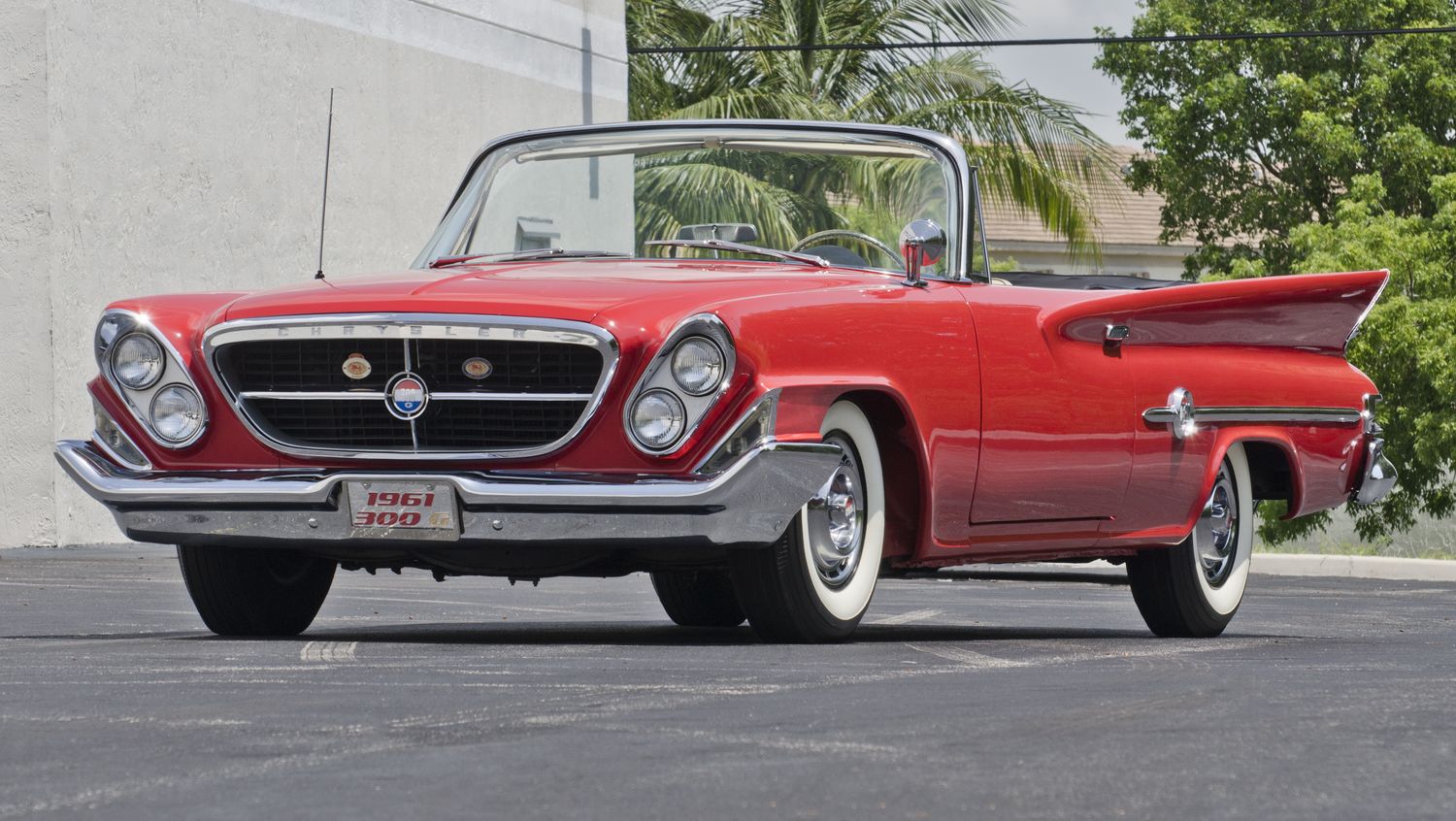 Powering the 300G was a 6.8L V8 producing an estimated 375hp and more importantly 495lb-ft of torque and was rumored to have a top speed over 130mph. For the G models a new racing transmission was installed to replace a more expensive French design that had been used in previous models. The 300G was commonly referred to as the “Bankers HotRod” because of its high end power and luxury. Plus you most likely needed to be a banker to afford the car in the first place so the name seemed fitting. These cars are extremely collectible now because only 1,600 were produced. Chrysler would continue with the Letter Series until 1965 when the 300L came out. There was a special edition Hurst Model produced in 1970 that had an even bigger engine under the hood, the 440 cubic inch 7.2L V8. Although this looked more like the typical “Muscle Car” of that era.

Jay Leno teams up with a Bob Jasinski, who is considered an expert on the specific 300G models to give you a full rundown of all the specs and details that set this car apart from all other Muscle Cars available at that time.