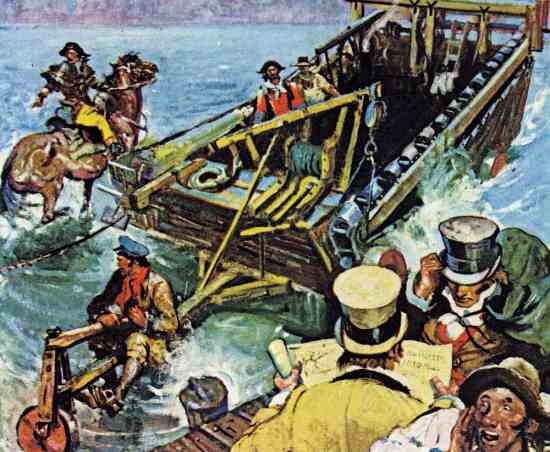 In 1790, Oliver Evans secured the first patent awarded in the United States for an automated vehicle. It was darn near the weirdest thing anyone could imagine. Evans’ invention ran on his high-pressure steam engine technology on land, and in the water.

He didn’t only secure the rights to his wacky idea. He built the darn thing.

Steam or external combustion, went the way of the, um, steam train… shortly after the last century kicked out gas-powered cars by the thousands. Other than a few exploits over the years, steam couldn’t get it done as efficiently as gasoline.

Way back in 1790, however, the idea of harnessing gasoline was off the radar. Pressurized steam was the way to create power. Oliver Evans wasn’t the first to harness it for a railless system, but he was the first in America. 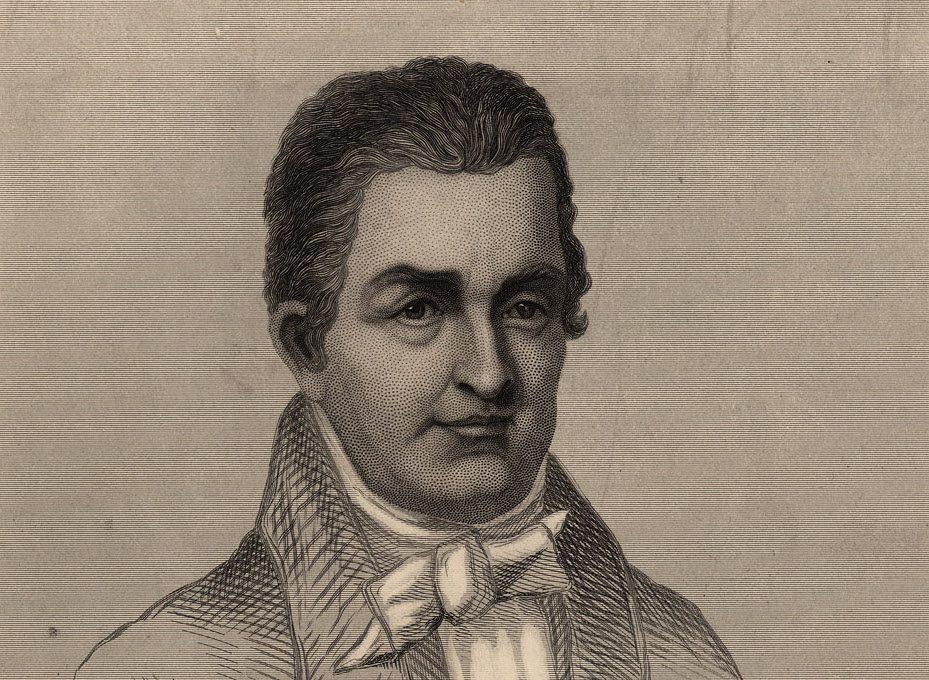 In the long run, Evans was a man with ideas beyond his time. He came up with as many concepts he couldn’t consummate with existing technology.

Born in Newport, Delaware, there was nothing extraordinary about Evans’ upbringing. He received little formal education, freeing him up to study what interested him. His first job was as an apprentice to a wheelwright, the guys who built wooden wheels for wagons.

With what he learned there, Evans branched off into business with his brothers. Dissatisfied with the speed to millwork, they designed and build automated mill systems using chains, and conveyor belts to mill without the need for humans.

His ideas were so revolutionary that a couple of other revolutionaries, George Washington and Thomas Jefferson commissioned him to install his system in their own mills.

Evans’ concepts would become the breeding ground of the industrial revolution. That was only the tip of Evans’ iceberg. 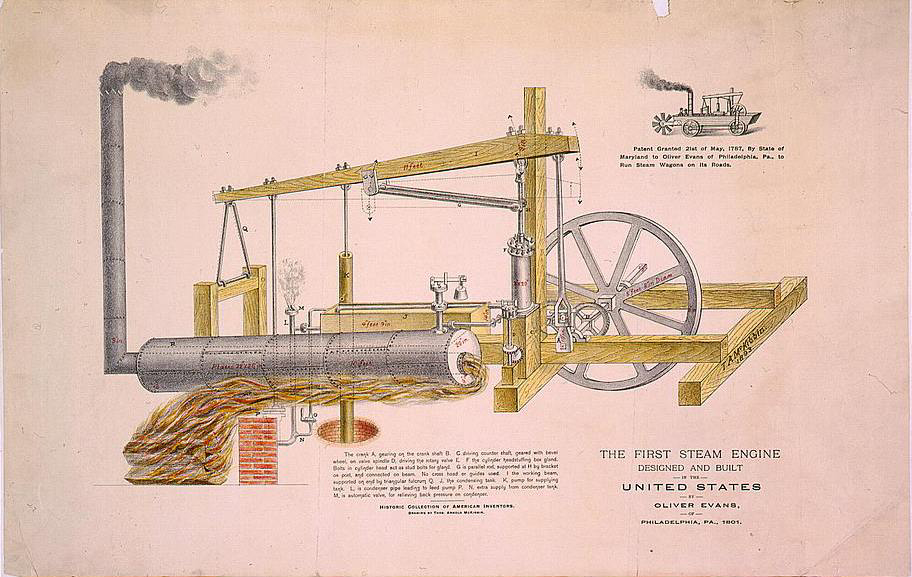 After the creation of the mills, Evans turned his attention to steam as a source of power. It could be a clean source of energy that when harnessed packed a serious punch.

He even imagined steam powering a piston, which could in turn work in a small engine housed in a carriage without a horse. His first attempt to apply this idea was in 1786.

That was the year Evans petitioned to the Pennsylvania legislature for the rights to build a new transportation system for the city. Steam carriages would shuttle people around the city on public roads.

The legislature was less impressed with this idea than his others. They declined, but they did grant him the rights to design a prototype of his idea. Sadly, the idea failed before he could build it.

That was when he took his ideas about steam into the private sector. 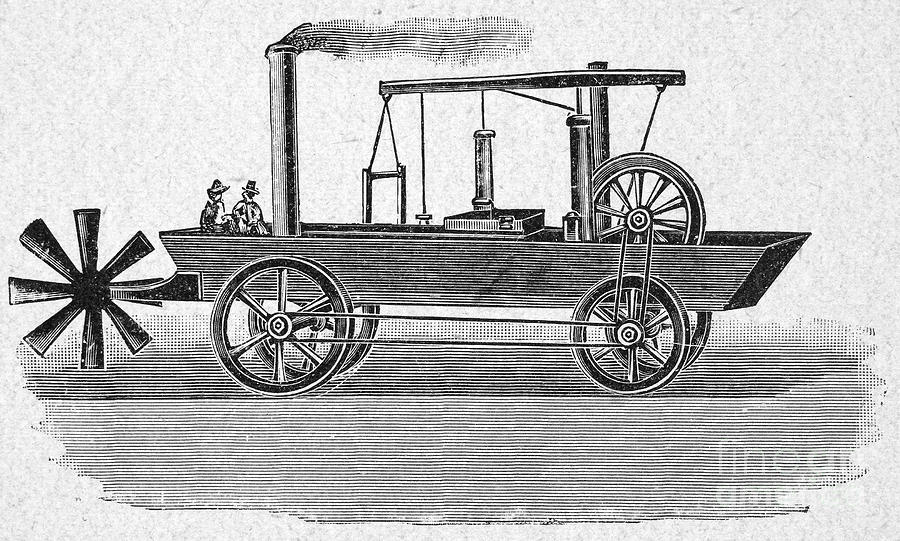 Once Evans had his patent, he began designing his steam-powered carriage. He called it the Orukter Amphibolos, which meant amphibious digger, as it would dredge otherwise impassable waterways.

To fund this idea, he petitioned another group, the Philadelphia Board of Health. They funded his research and the final product was a functioning amphibious digger er, Orukter Amphibolos.

Evans’steam-powered dredger weighed 17-tons when complete, but it worked as designed. The first waterway he dredged was the Delaware River dock area. His test proved his technology could work.

At 17 tons, however, his steam carriage was impractical for everyday use. Evans predicted the future would sort out the weight issues.

“The time will come when people will travel in stages moved by steam engines from one city to another almost as fast as birds fly,” he predicted, “fifteen to twenty miles an hour.”

In 1807, he founded Mars Iron Works in Philly and Pittsburgh, where he custom-built engines and boilers for mills, boats, and factories.

Evans passed in 1819, but not before he sketched out a number of other ideas, including the first refrigeration device, something he was unable to realize before the end.

Fellow inventors made his refrigeration idea reality three decades after he passed away. It would take almost another century before someone could actualize his dreams of steam-powered carriages.