When the first park-o-meters popped up in downtown Oklahoma, enraged drivers called the new fee a “tax on their right to drive.” Little did they know that the hair-brained scheme dreamed up by a savvy newsman and acquitted killer, would become a municipal standard.

The 1920s were a big ramp up in the automotive industry, and by the 1930s, city streets clogged under the strain from so many cars.

Downtown business owners across America watched their profits dwindle with every Tin Lizzie that Henry Ford rolled off the line.

With no place to park, all the spaces taken up by workers who’d parked in front of their store for the day, customers had no choice but to motor on. It was a mess.

One city, Oklahoma City, cracked the problem like a hot exposé on government corruption. In fact, the man behind the future meter, Carl C. Magee, had already earned a reputation for exposing corruption.

Lucky for Oklahoma, in 1927, Magee moved from New Mexico to help run the Oklahoma News. To some, he would be a hero. To others, he would become the man responsible for oppressing  the whole darn country. 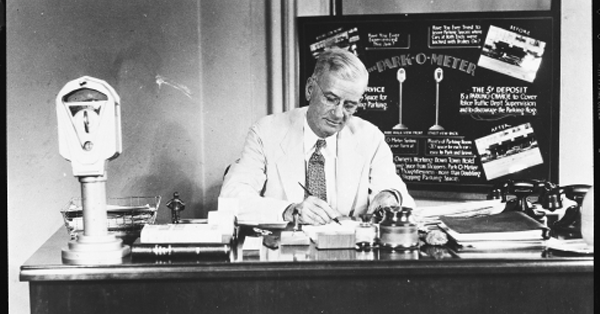 Long before Magee moved to Oklahoma, he had a reputation for causing trouble. He’d worked as a reporter for the Albuquerque press, where he facilitated—at least in part—the uncovering of a nefarious plot in Wyoming, the Teapot Dome Scandal.

From 1921 to 1922, U.S. Secretary of the Interior, Albert Bacon Fall, leased crude oil reserves at Teapot Dome in Wyoming in exchange for personal favors and money.

The problem was, those were government tracts. Fall found himself deep in tar over the matter.

Magee didn’t stop there. In another exposé, he went after the New Mexico courts for corruption, citing individual judges connected to acts of corruption.

When one of the judges from that expose confronted Magee in a Las Vegas hotel, knocking him down, Carl drew his gun and shot an innocent bystander by accident.

The courts acquitted him of the charges, but the stress from the wrangle with the courts was enough to send Magee packing for Oklahoma City. 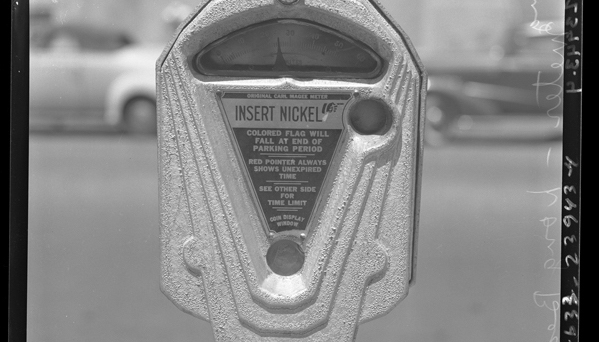 In Oklahoma City, Magee would get a fresh start running the Oklahoma News. That city was already buried in problems with cars parked in primo spots.

At the time, small businesses struggled or shuttered in the mess. Someone had to do something. Oklahoma needed a hero.

Responding to the call, Carl Magee unfurled his cape, sponsoring a contest for a parked car timing device. It was Magee and a man named Gerald A. Hale who designed the Black Maria, the final design used by Magee.

They patented their Park-o-Meter design, branding their company the Magee-Hale Park-O-Meter Company, and started a revolution on First and Robinson Avenue in Oklahoma City.

That was where they installed the first meter on July 16, 1935. For a nickel on what was previously free, the meter would allow drivers to park in a 20-foot space for an hour. 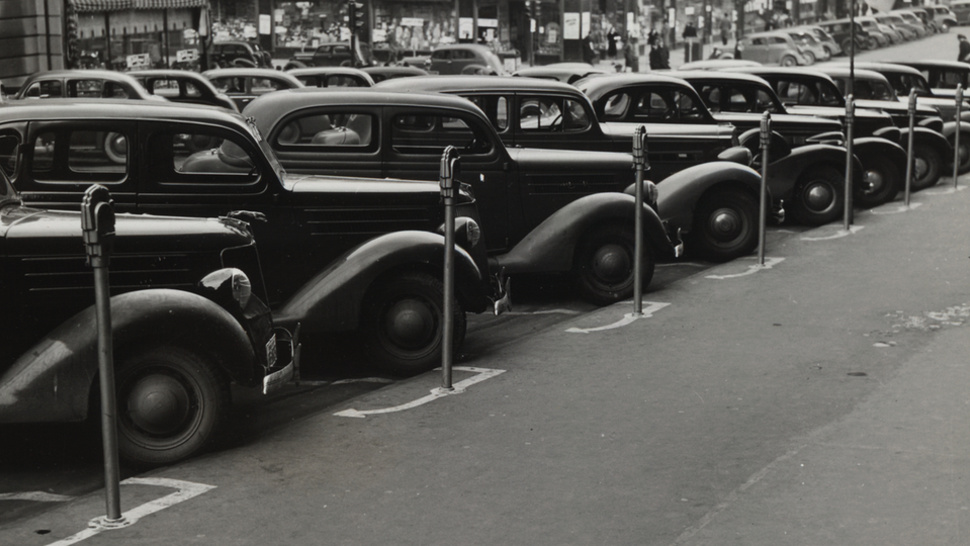 Despite efforts by the public to derail the new meters, citing that those meters taxed them for something that was free, the meters stayed.

It didn’t take long for someone else to jump in on the opportunity. The Dual Parking Meter Company, Mark-Time, and Duncan Miller also formed, and by 1940—only five years later—140,000 meters blanketed municipalities across the States.

Parking meters across the nation collectively cranked out around $10-million in revenue. Where lawsuits rose up to argue they were charging people to use public space, lawyers for the now-powerful meter companies beat them back arguing that the fee was for enforcement, not the parking space.

Meters, which measure time and collect money, remained unchanged for the most part until the 1980s. Cites began incorporating battery operated systems.

New York City went battery in the 1990s. More recently, many cities have graduated from the single meters altogether, favoring centralized kiosks on each block. In some places, one can pay the meter with a smartphone app.

Nobody is happy about paying the meter, but it beats paying the impound lot.