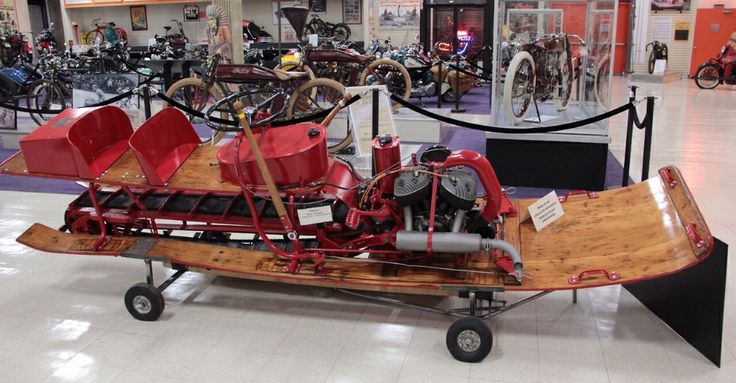 When it comes to thing that were made back in the early 1900’s its sometimes hard to find out when the “first” of something was built because it all comes down to hearsay. In 1917 Virgil D White received a patent for a contraption he installed onto the Ford Model T that converted the back wheels to a track type system. But it’s been reported that the first snowmobile that resembled the modern sleds was made in 1924 by a blacksmith named Carl Eliason based out of Wisconsin. He was reportedly an avid hunter, fisherman and genuine lover of the outdoors and was always looking for a way to improve his outdoor activities but due to a crippled foot he had since childhood he was not able to keep up with his friends and family that also participated. So because of that bad foot Eliason started to think about a better way to travel through the snow. 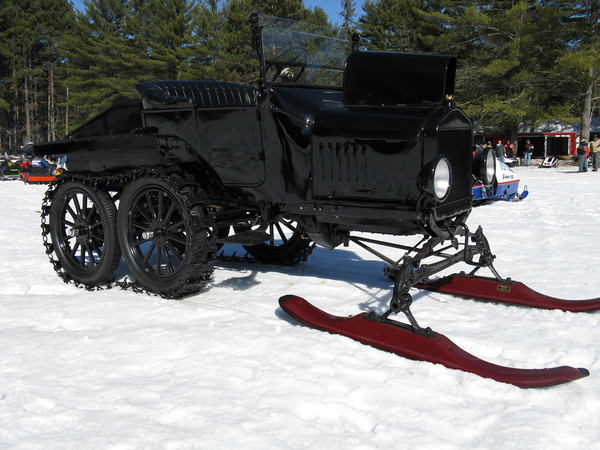 Using a 2.5 Horsepower engine from a outboard boat motor Eliason was able to come up with a design for the “motorized toboggan” that would use a never ending track rotating around two rollers sitting atop of wooden skis. the track would provide the traction to move forward and the Ski’s allowed the machine to slide across the snow with ease. Using his skills as a blacksmith Eliason was able to fashion a frame for the Toboggan using metal he had fabricated using heat from his coal burning stove, and using his family washtub and a lot of steam he was able to bend the wooden skis into perfect shape. There would be many different variations of the motorized toboggan as Eliason would continue to redesign and improve the machine over the next 31 years with bigger motors and better materials used in making the track system. 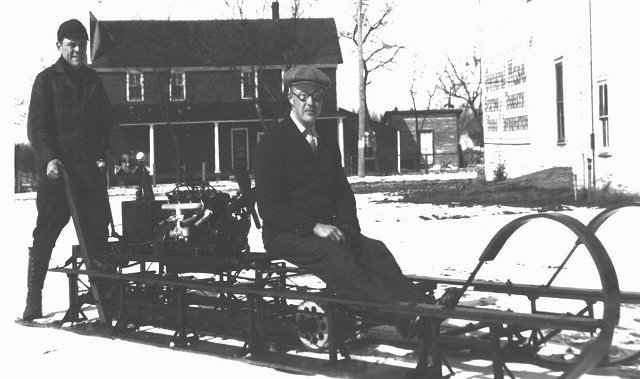 The last model to be made was the K-12 built in Ontario Canada in 1953 and it was so far ahead of its time that its been reported that the K-12 played in a major part in the design and fabrication of Polaris Industries first snowmobile debuted in 1955. So in a round about sort of way, that would mean that this “motorized toboggan” would be the ancient ancestor to the might 2016 Polaris Pro RMK with that unbeatable AXYS chassis. So for that Mr Eliason, we give you a standing ovation. 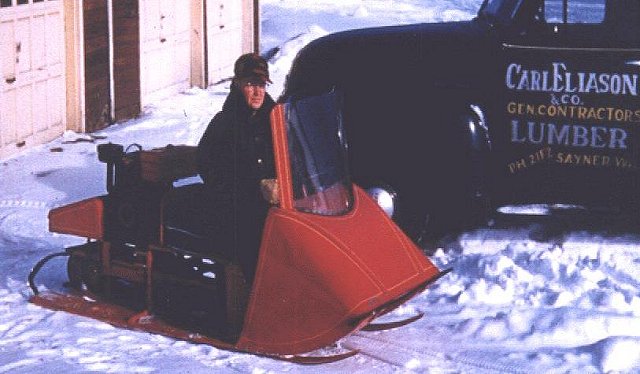 This is a video of an antique 1940’s Eliason “snowmobile” taken out for a spin. It apparently has an engine from an Indian Motorcycle

Carl’s Story in his own words
PHOTO: eliason-snowmobiles