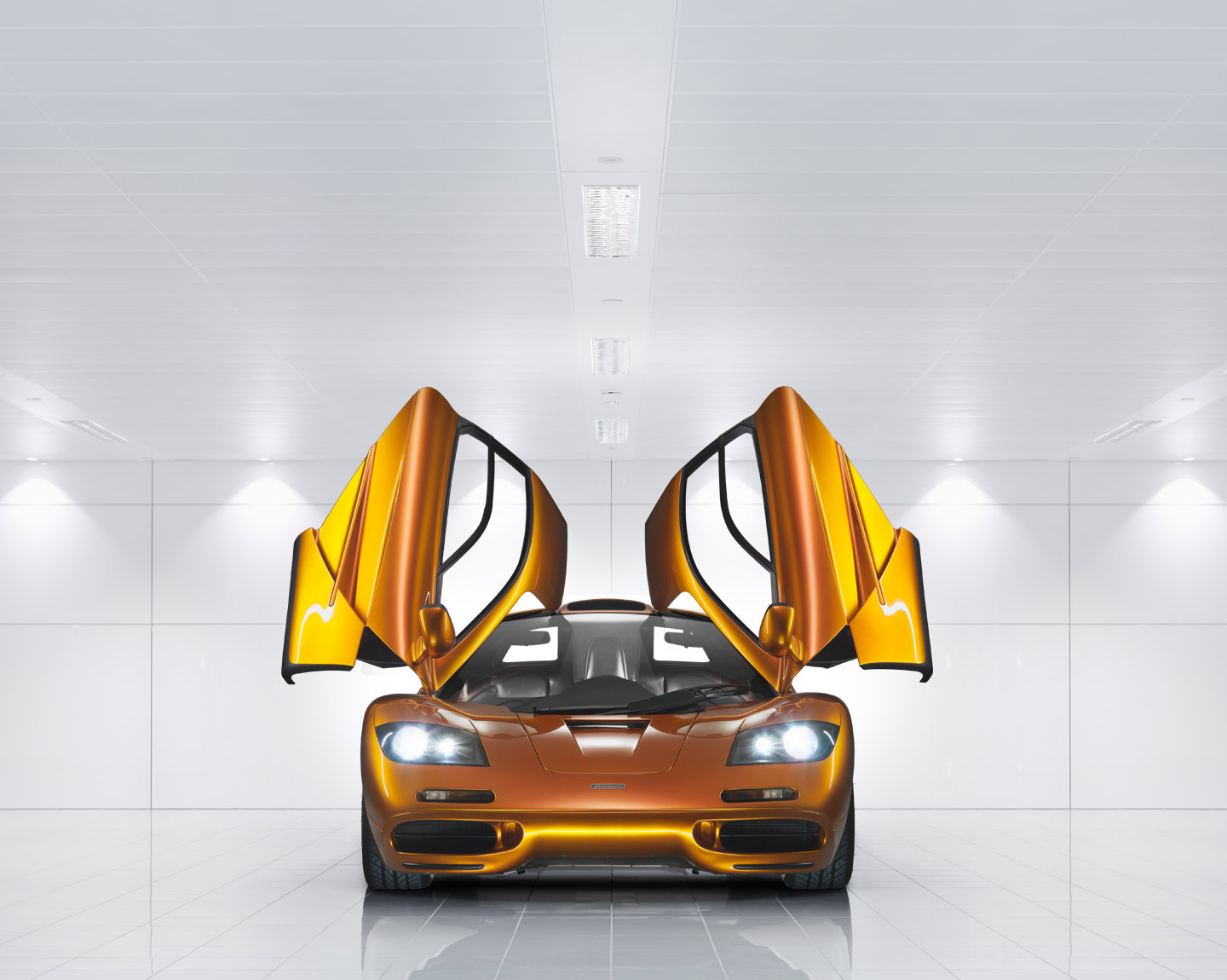 Back in 1992 a car came onto the scene unlike any other to that point. One that was built with one thing in mind, to be the the fastest and best handling car the world had ever seen, The Ultimate Road Car. That car was the McLaren F1. The F1 was the brain child of legendary car designer Gordon Murray that he had since he was a child. One day on a flight home from the 1988 Formula One Italian Grand Prix Murray sketched out his design that would have a totally different three seat sports car where the driver sits dead center of the car with a passenger on each side. Also on the flight was CEO of McLaren Automotive and head of the Formula One Team, Ron Dennis, so of course Murray pitched his idea to Dennis and that was the conception of the F1.

Gordon Murray Alongside his masterpiece, the F1
Photo: MotorAuthority 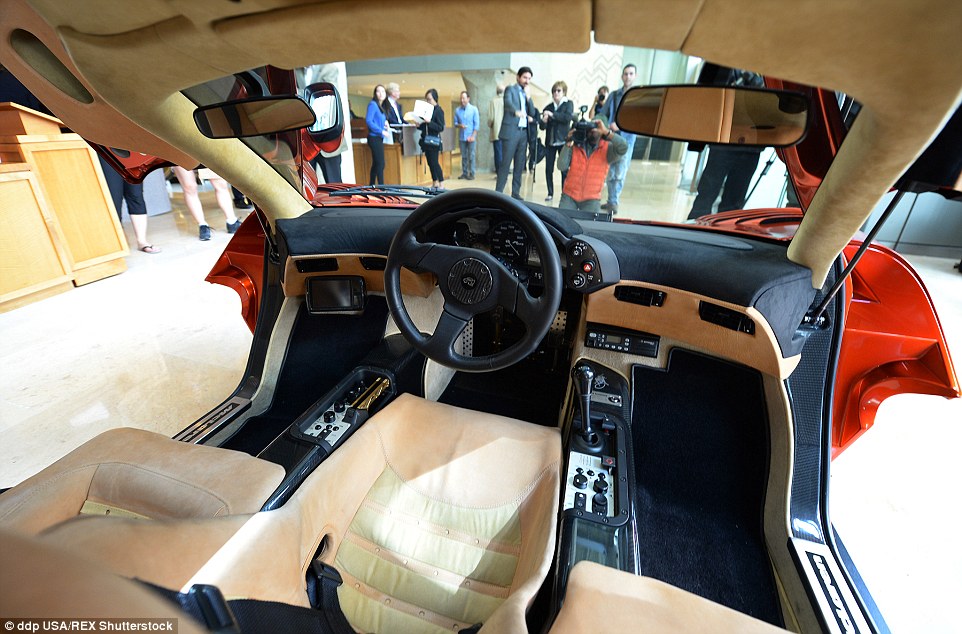 At the time McLaren had a great relationship with Honda since the used Honda engines in the McLaren Formula One cars and Murray wasn’t going to let that go to waste. He went to Honda’s Tochigi Research Center where he was able to meet up with iconic F1 driver Ayrton Senna and drive the Honda NSX. At that point Gordon realized that all the standard benchmark cars he was shooting for like the Ferrari, Porsche and Lamborghini were nothing compared to the NSX in the handling, road feel and all around fun to drive categories. So he then switched the whole process with the drive qualities of the NSX as the target, just with one major change that Murray was sure to point out, it needed a lot bigger engine and needed to be much faster. 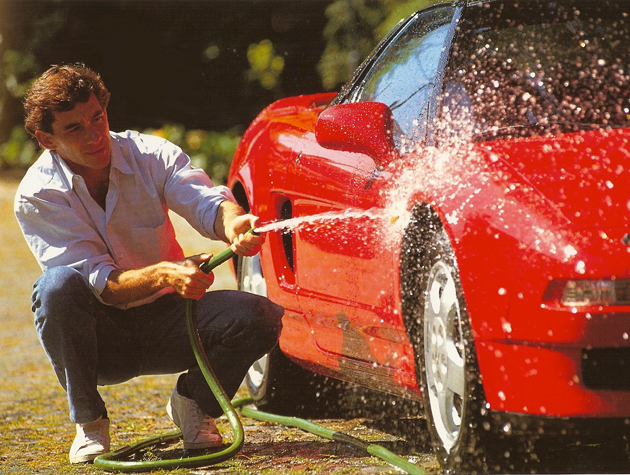 Because of the connection to Honda Murray wanted them to build him an engine for his F1 road car that was at least 4.5L and in a V10 or V12 configuration but the Honda engineers would not agree to do so. Murray was then forced to look into other options. Isuzu had plans of entering the world of Formula 1 and they offered up the brand new 3.5L V12 that had been designed in house so they thought it would be a great boost for them if their engine was powering Murray’s masterpiece. But Murray made the excellent decision to go with a more proven engine builder which led him to engine expert Paul Rosche, head of the M division at BMW. This was an excellent decision because what came from it is the naturally aspirated 627hp 6.1L V12 that is considered to be one of the best engines ever made. Murray had been very specific about the fact that he did not want any power adders like a turbocharging or supercharging because although they do drastically increase power output, they also drastically reduce reliability due to increased stress on the motor. Reliability was one of the main attributes of the NSX that Murray wanted to carry over to the F1 and by choosing the highly reputable M division at BMW it was a match made in heaven. 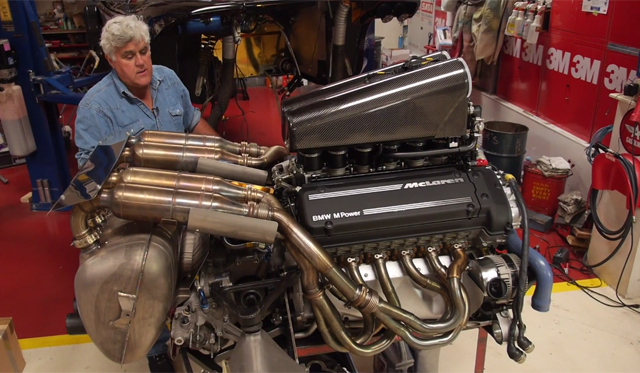 Jay Leno and The V12 F1 engine built by BMW from his F1.
Photo: YouTube

There was no shortcuts taken in the building of the F1 with only the best, and sometimes most expensive, materials available that would increase strength while trying to maintain the lowest weight possible. Materials like Carbon fiber, Titanium, magnesium where used throughout the car and even gold and Kevlar were used in some spots. That’s right, gold. Every F1 built had roughly 0.8 ounces of gold used in putting these magnificent cars together. The gold was used mainly in the engine compartment due to it being a highly efficient heat reflector when its made into gold foil. Carbon Fiber was used everywhere but mainly in the form of what is called a monocoque, which the easiest explanation of that would be it’s the essentially the frame and key parts of the body built into one piece and then other parts are bolted on to it. The F1 was the first to have a monocoque built completely of Carbon Fiber as well as most of the body panels. With that massive BMW V12 sitting behind the passengers in the rear of the car and with all that carbon fiber around you can see why Murray wanted the best heat reflection possible. 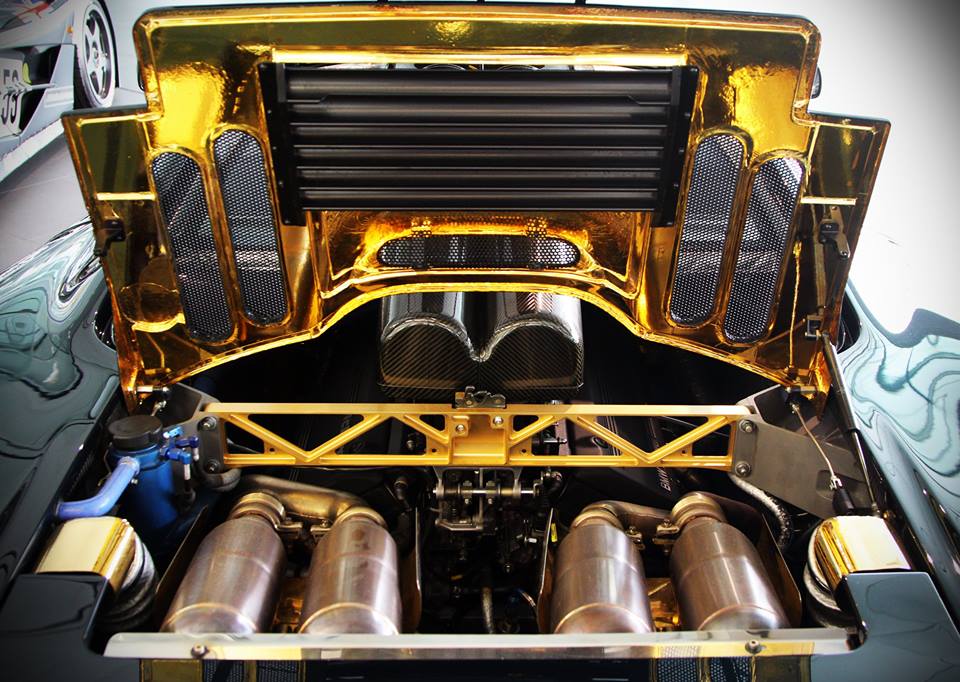 F1 engine bay with .8 ounces of gold used to make each one.
Photo: tumblr

You could buy a brand new F1 for around $810,000 brand new from 1992-1998 but only around 100 were built and reportedly the last one of the production line sold for more than $11 million because the popularity had increased so high. One of the reasons for this was in 1998 the F1 set the world top speed record of 231mph with the rev-limiter on and when removed they were able to push it up to 242.8mph and it held that record till 2005 when Bugatti snatched it away with its 1001hp Veyron. But The F1 still is the fastest car that is naturally aspirated, the few cars that have been able to surpass the 242mph set by the F1 have all used forced induction. So no matter how you look at it, the F1 is one of the greatest super cars ever built. 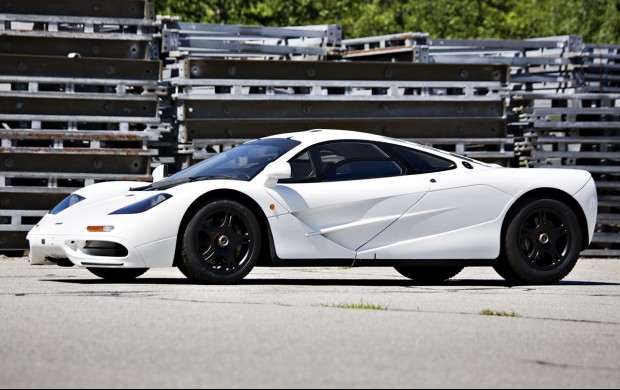