On June 13, 1895, there was a race from Paris, France to Bordeaux, then back to Paris. It was an exciting race with cars screaming through the countryside at 15 mph.

Back then, considering the roads, fifteen would have felt like the doors were gonna fly off… that is, if the cars had doors back then. (They didn’t.)

The famous race would become the birthing ground for many auto-world standards. It was the most important race to the automobile industry.

The story behind the winning team is a tale of passion, those we chase, the ones we win, and those we sometimes lose.

The Men Behind Ideas 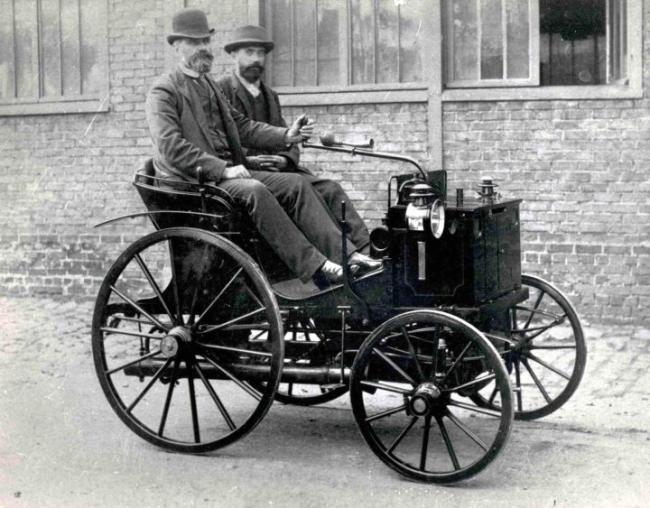 There is no other way to put it. Emile Levassor was a winner. Prior to the big race, Levassor operated one of the biggest machine shops in Paris with his partner Rene Panhard.

In 1887, an engineer from Belgium approached Levassor, proposing he manufacture an engine for the German automaker, Daimler. Yes, as in the same Daimler who owns Mercedes-Benz among other brands.

The engineer was a man named Edouard Sarazin. Mr. Sarazin would not live to see Levassor compete in the big race, nor would he see the fancy new engine.

He passed later that same year, but his influence would echo through history. It was his idea of the performance engine that would wow audiences at the 1889 Paris Exposition.

Levassor and Panhard would win that one with their engine mounted in a Daimler automobile. Levassor would win yet again, when he won the affections of Sarazin’s widow, Louise. It didn’t hurt that she had inherited the rights to the engine when Edouard passed away. 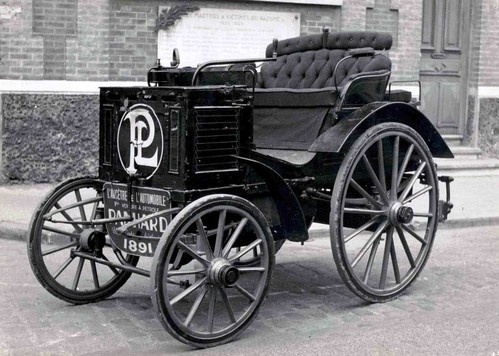 Levassor and Panhard made a name for themselves at the Paris show. They were in the horseless carriage business now. Within years after that event they designed not only a newer engine but a new automobile.

Up until 1891, the predominant car designs echoed the former horse-bound carriage designs. They hid motors under the seat, putting riders in the front like a carriage operator.

Levassor put his engine in front of the operator, what would become the standard in later years. He did it first. Another win.

Levassar and Panhard also designed the first clutch-operated transmission, allowing them to cycle through more than one gear. It was so successful, for a time people called it the Systeme Panhard.

The attention from these innovations put Levassor on par with the famous French bicycle manufacturer, Armand Peugeot as the foremost engineers of the time in France. 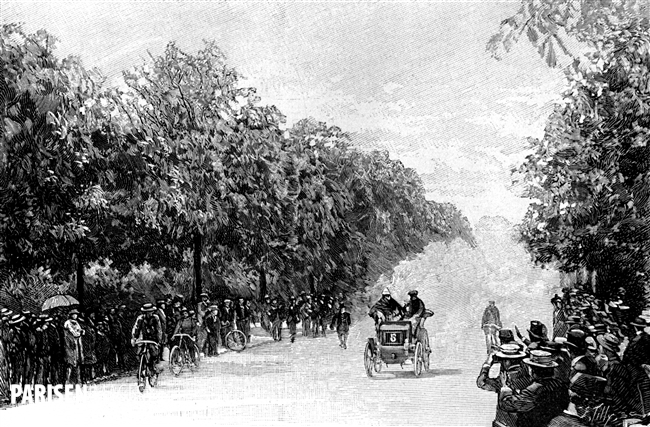 Proof positive that cars were on their way to something big, and that France would lead the charge, there were 46 entries in the race. It was a 732-mile course, one that would take the fastest drivers over two days to complete.

Levassor drove the Levassor-Panhard car, finishing in just under 49 hours. He was the first across the finish line, but race officials disqualified Levassor in the long run for a technicality.

The first place trophy went instead to Peugeot. The difference between their respective race times was no photo-finish. Peugeot was eleven hours behind Levassor.

Whatever the technical foul, we know who was the real winner. Sorry, Peugeot. Another win for Levassor.

The Paris-Bordeaux-Paris Race led to a racing culture which morphed into the Grand Prix motor racing circuit. In time, that circuit became the Formula One. Levassor and his partner Panhard were there when it all started.