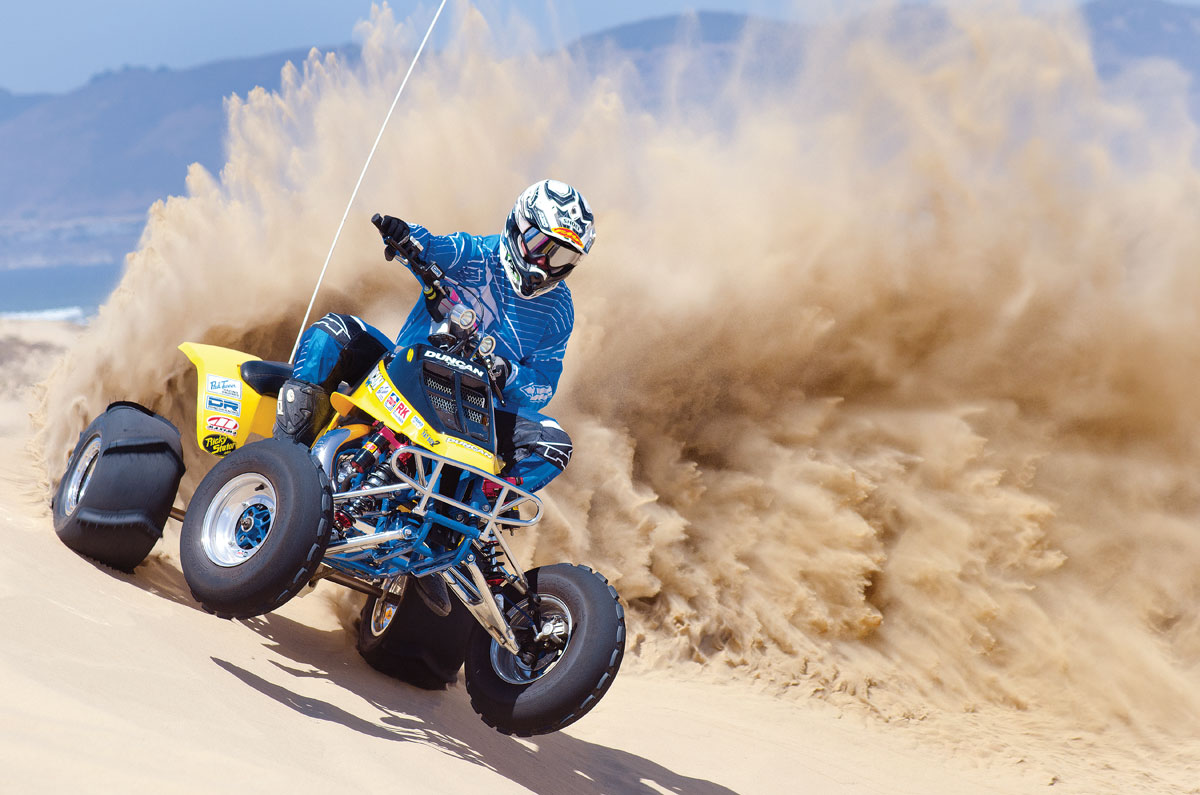 Four wheelers, or ATV/quads, have been around since 1982 when Suzuki debuted the LT125 that was a smaller quad perfect for beginners to learn on because it’s much easier than the Three wheeler that were popular at the time. Over the next couple years there were more and more four wheelers becoming available and due to safety concerns the three wheeler was actually banned as of 1987. Though it was determined that the three wheeler wasn’t anymore dangerous than a four wheeler even though that makes no sense. Three wheelers are very unstable so we aren’t sure how that all worked out. 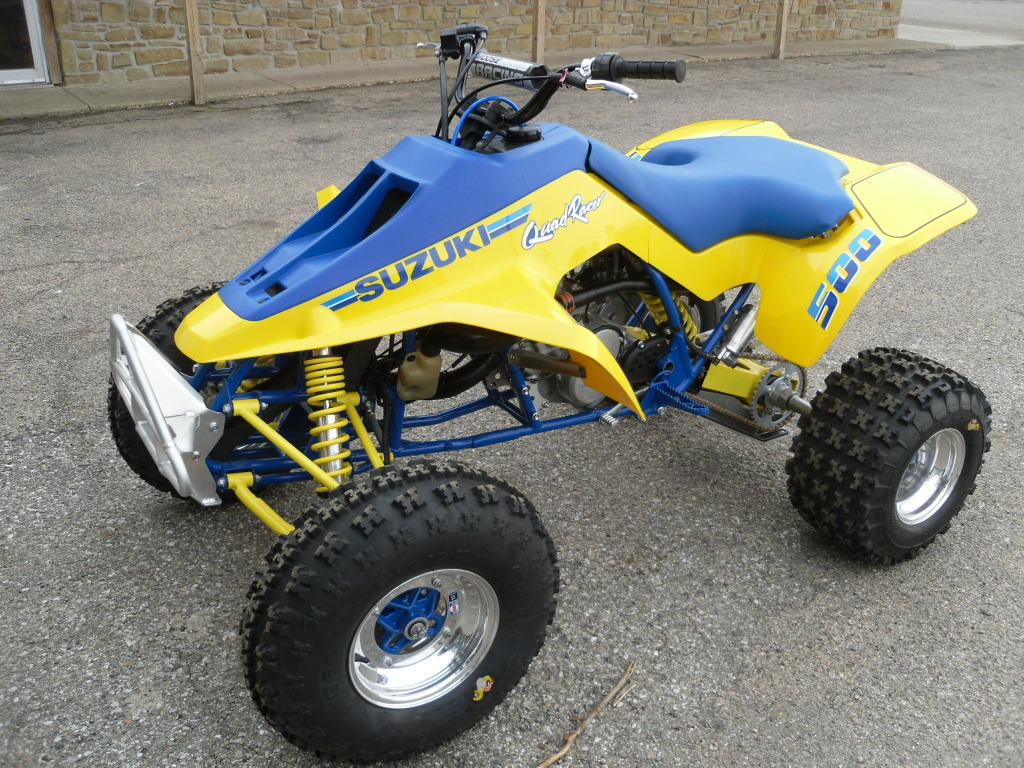 Also in 1987 one of the fastest most powerful ATV’s ever made was introduced by Suzuki. They called it by LT500 but it quickly earned the nickname “quadzilla’ due to the immense power coming from the 500cc Two Stroke engine the size of the quad itself. There are two main types of quads out there, performance style and what I like to call “big old lumbering beasts” that are usually four wheel drive and are designed more as a work horse, with modern day 4×4 quads they have enough power now to where they are getting quite fast, but nothing like the performance quads. Quadzilla definitely goes to the performance category since it was based off the LT250R which was a race quad that Suzuki had been using for the previous two years and had taken the Racing circuit by storm. That two stroke 500cc engine was so powerful that the manufacturer claimed it would have a top speed over 100 mph but after a high speed test performed by 3 & 4 wheel action back in 1988 it was determined that it was closer to 80mph. Really though what made Quadzilla so popular was that two stroke engine, on a two stroke they have whats called a “power band” where as you get the RPM’s up it almost feels like a turbo or nitrous boost. I used to own a YZ250 two stroke dirt bike and the power band was so strong on it that if I wasn’t prepared for it the font tire would come off the ground when it kicked in. That was just a 250CC engine, this thing is literally double the size. Unfortunately I have never been able to ride one, but everyone I know that has responds the same way, it is quickest four wheeler ever made.

However because the quadzilla was so powerful it started to develop a bad wrap mainly because people didn’t respect the machine and would get on it without the experience needed and would get themselves hurt. Just four years after its debut the LT500 production was stopped and just like that, no more monster two stroke engines in four wheeler anymore. About the closest you could get was the Banshee made by Yamaha with its 350cc two stroke. So the next time you are out at your local sand dunes and you happen to find one of these old Quadzillas running around go track down the owner an beg them to ride it. 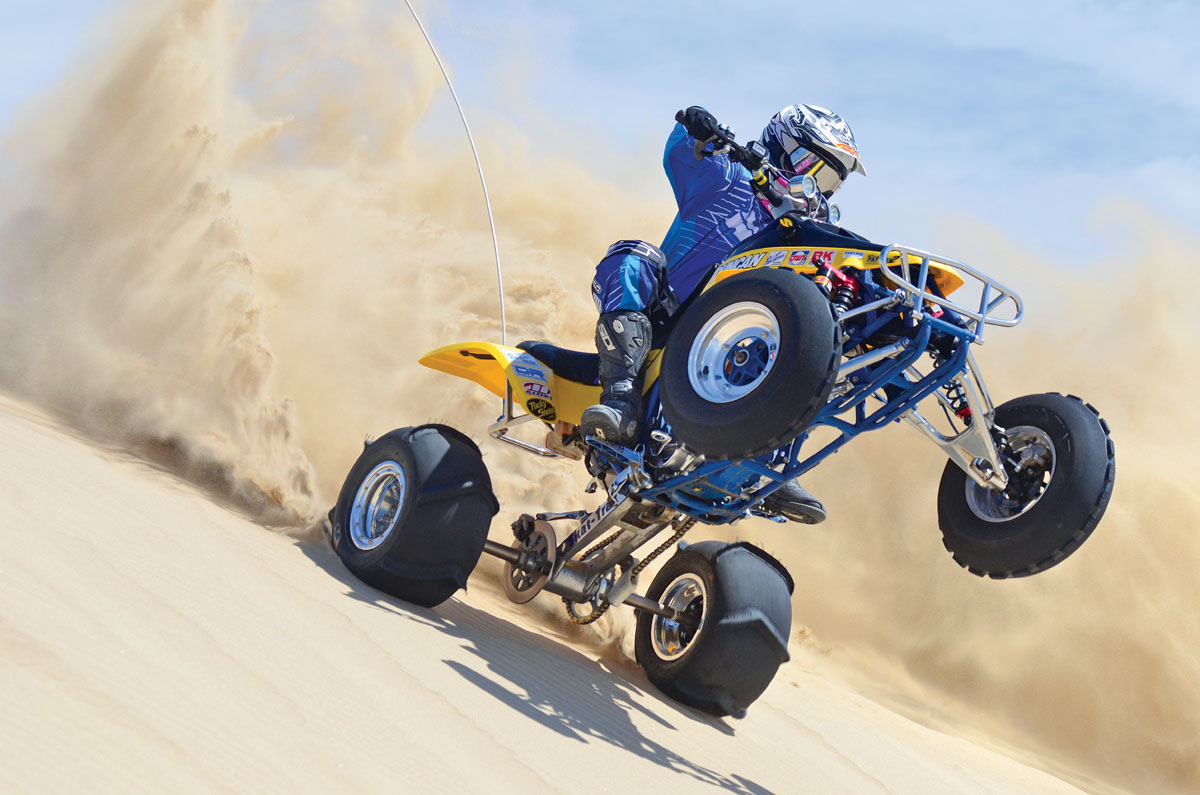