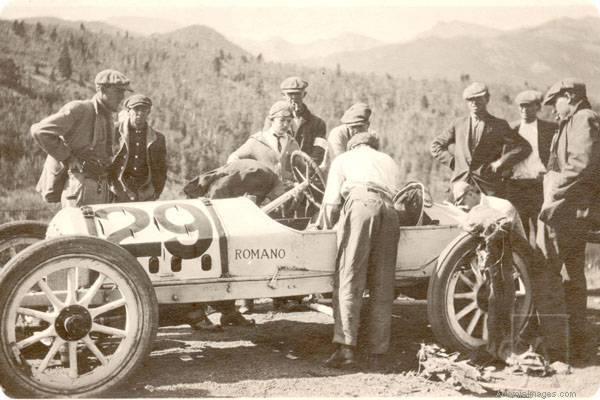 Located about ten miles west of Colorado springs, Colorado sit Pikes Peak at an altitude of 14,114 feet above sea level and this also happens to be the location of the “Race to the Clouds” also known as the Pikes Peak International Hill Climb. 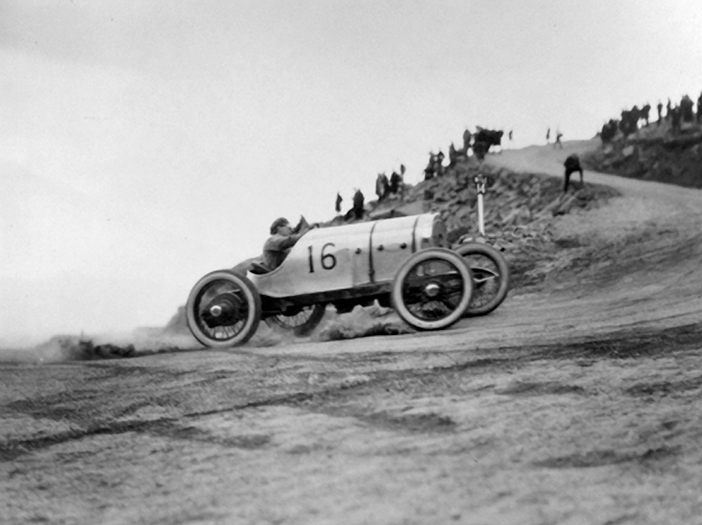 It started in 1916 after Spencer Penrose had spent quite some time converting what was a narrow carriage road into the much wider Pikes Peak Highway. The road stretched 12.4 miles from the bottom all the way to the summit consisting of roughly 156 turns. The start of mile seven is right around 4,720ft and 5 miles later the finish line is at 14,110, so you are climbing 10,000 vertical feet in just 5 miles! 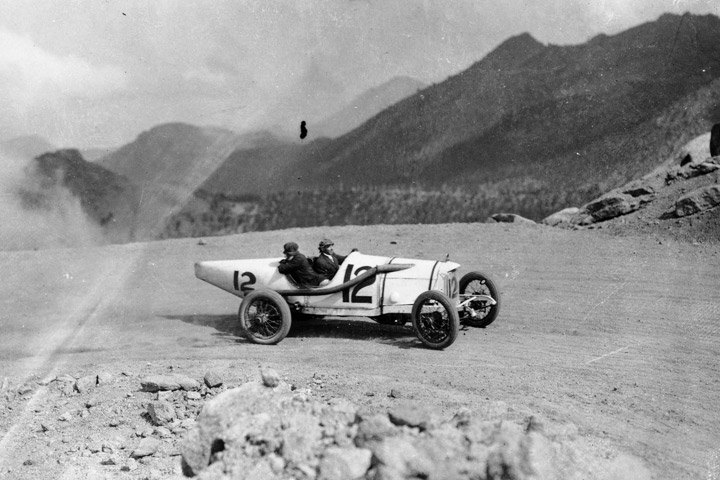 This race is not for the faint of heart, even now with modern safety equipment and million dollar cars and fully paved roads it is very dangerous. For almost the entire race you are on the edge of a cliffs that have steep drop offs that would completely ruin your day if you over shoot a turn. So to think of these fearless drivers back in 1916 running the course on gravel roads seems almost crazy. 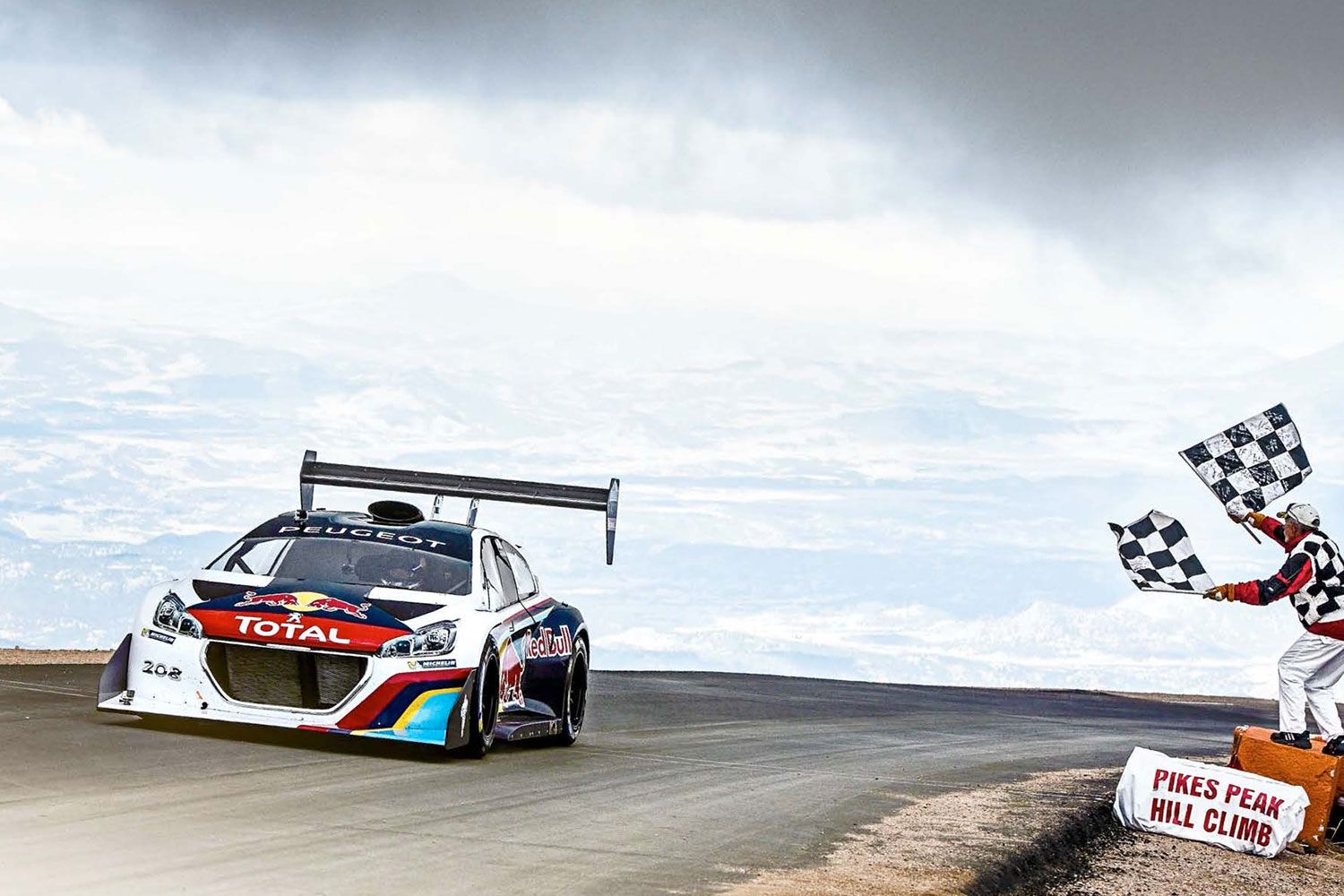 Rea Lentz behind the wheel of a Romano Special that had a 125hp hybrid engine of all things. He finished in 20 minutes 55 seconds which is averages out to a speed of roughly 35mph which is actually still fairly quick. For a comparison the current record on the hill is 8 minutes 13 seconds held by rallycar driver Sebastian Loeb, but he was also driving a purpose built car specifically for the race that had all wheel drive and 875hp. For winning the race in 1916 Lentz got his name in the paper, although he had beaten the local favorite Ralph Mumford so the article wasn’t flattering to say the least. More importantly he won the purse of $1,000 which of course was a substantial amount of money at that time.

Unfortunately I couldn’t find video footage of the 1916 race, but to give you an idea here is the record run by Sebastian Loeb and former record holder Rhys Millen.

To see the small clip in the paper click here