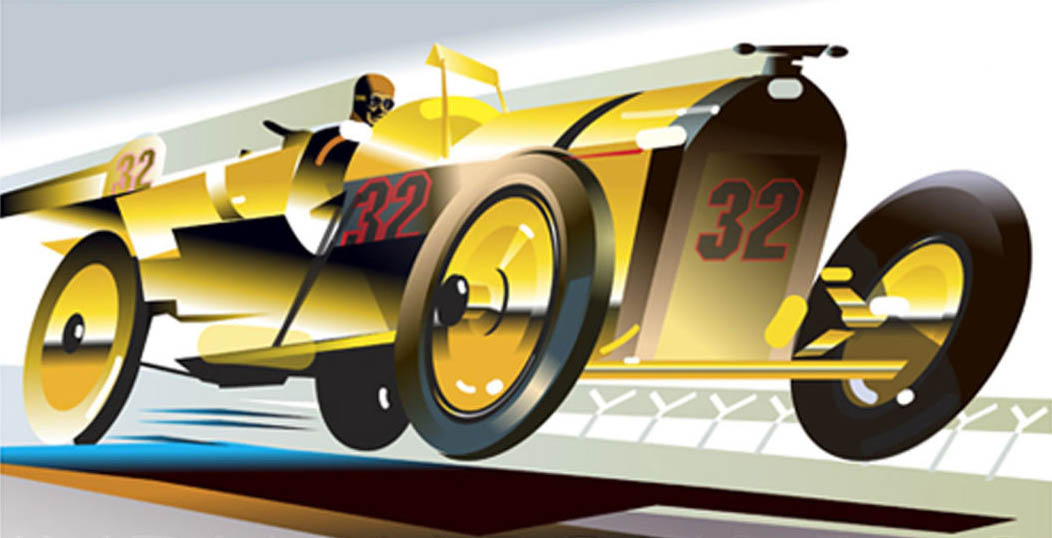 Inspired by something he saw in a horse-drawn carriage, Indy racer Ray Harroun installed a rear view mirror on his car to replace the ancillary rider, a mechanic, who would normally accompany a driver.

Most historians credit Harroun with inspiring the invention of the war view mirror, even though he admitted he borrowed the idea.

The rear-view mirror is like your thumb. You never think much of it until it doesn’t work they way you expect. Try flipping it to the wrong angle for five minutes and see if you don’t go nuts.

It’s hard to imagine that cars once didn’t come standard with them. Then someone figured out that was the best way to see if there were cops behind you without craning.

What we accept as a defensive driving tool, the ability to see behind us while driving really exists because early drivers wanted to drive faster without impunity. 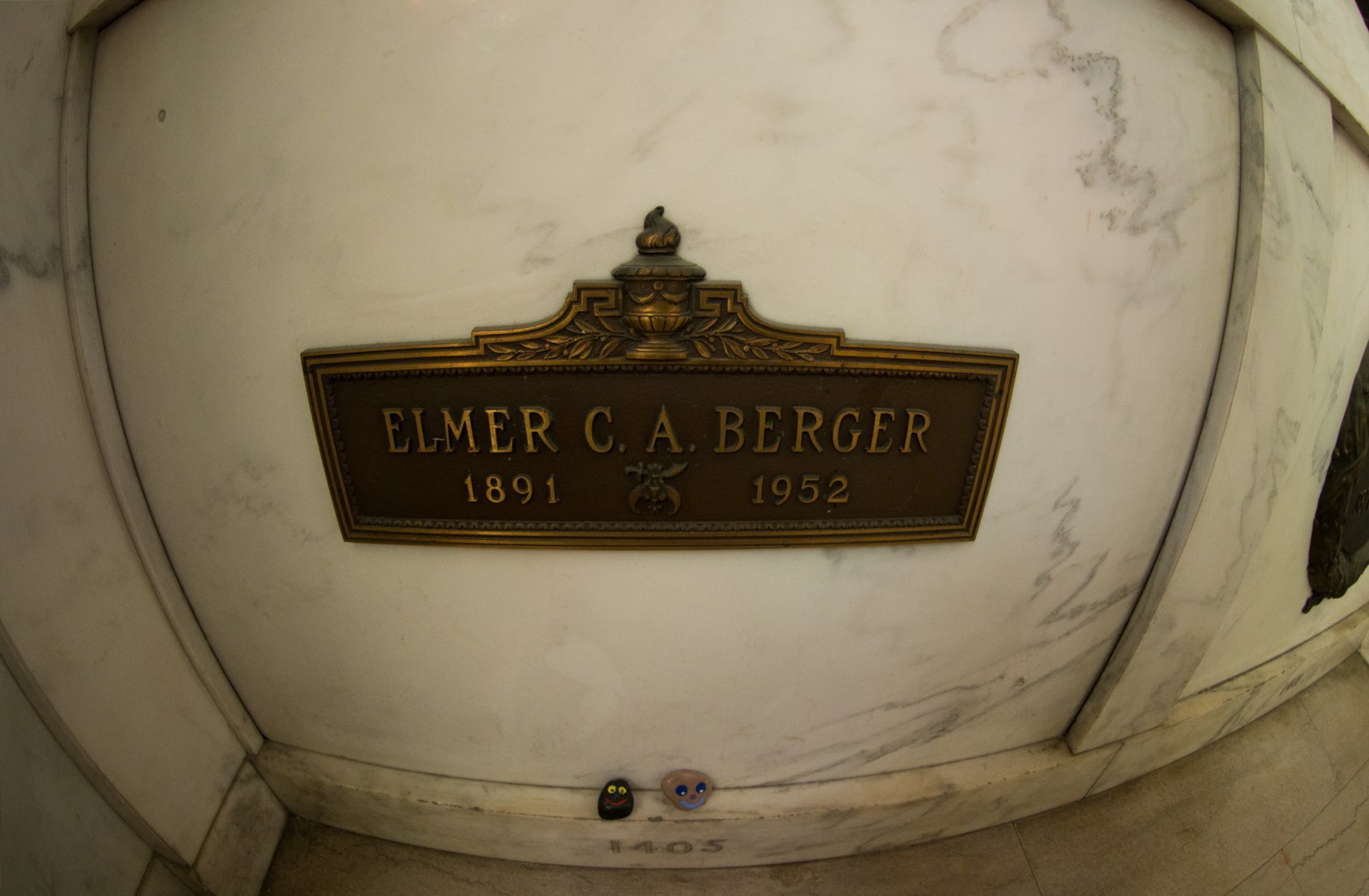 What remains of Berger | pentaxforums.com

As the person who patented the first commercial rear view mirror in 1921, Berger often takes a bow as the inventor. He wasn’t, but he did manufacture them.

Berger was an electrical engineer from St. Louis, but who studied at the University Pennsylvania. His simple inspiration to the automobile industry would outlast a laundry list of other conventions lost over the years, remaining mostly unchanged.

Unlike Harroun, Berger wasn’t trying to lighten his load to go faster, but he did enjoy speed. In fact, he was part of the 1930s and 40s horse racing scene. 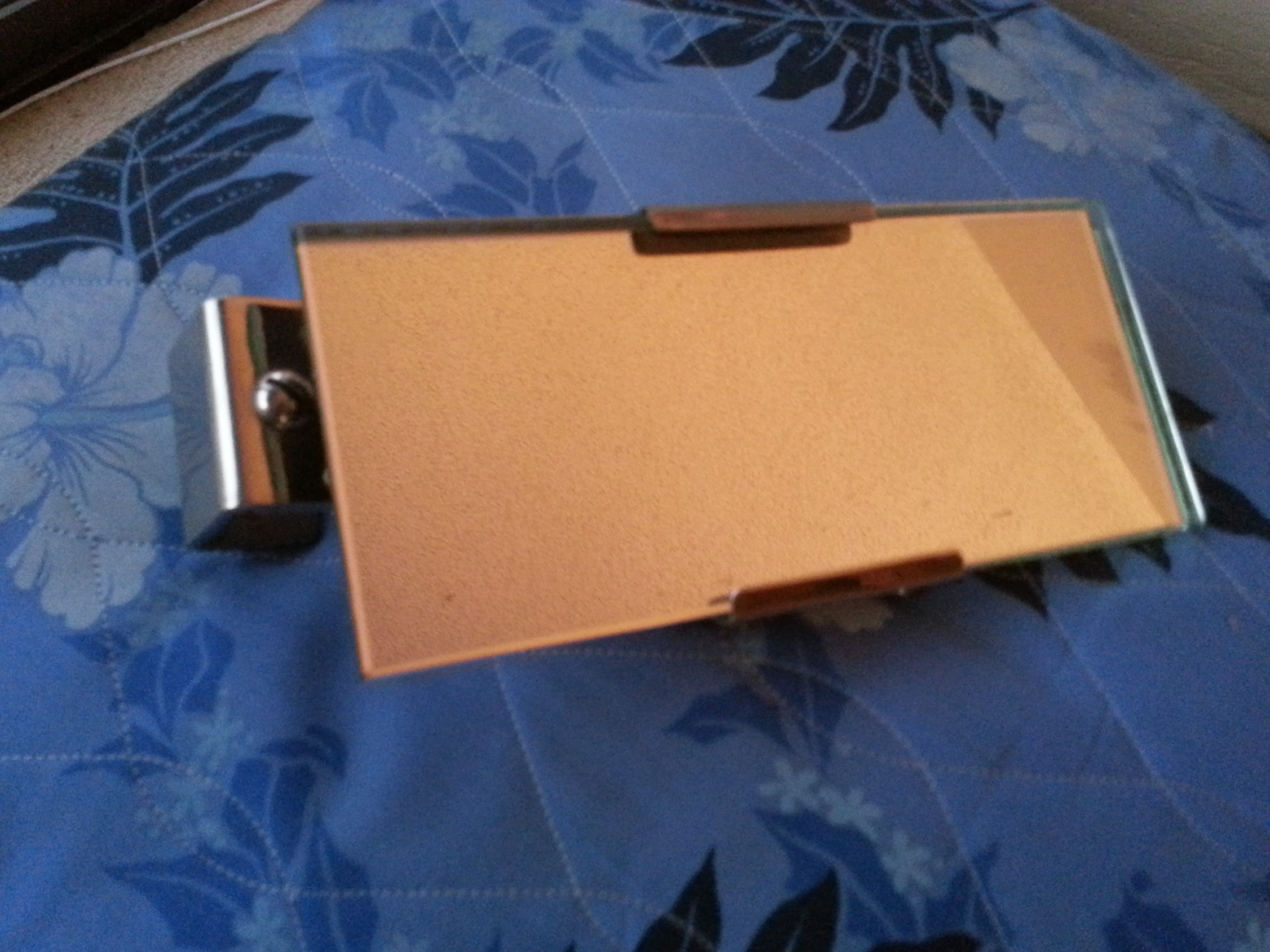 With Berger’s rearview mirror, he was trying to spot cops tailing his car. He even named the device “Cop Spotter.”

Berger enjoyed success selling his spotter but is unclear if this is the same mirror that made it into production vehicles. He may have only sold them as aftermarket devices.

If they were ever included as part of a vehicle, it didn’t last. The auto manufacturers developed their own rearview mirror innovations by the 1930s. 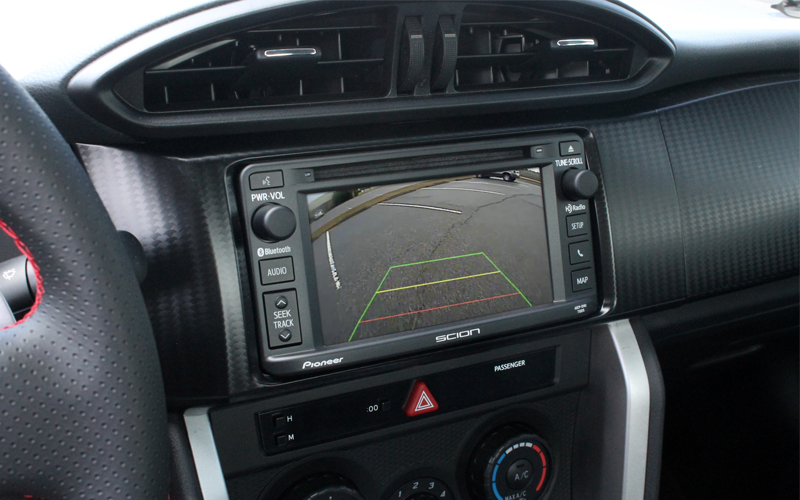 The mirror in your car may house accessories, a light or display information like temperature. It is with absolute certainty that it offers an anti glare feature.

Cars have had these prismatic configurations since the 1930s, but they were not standard until the 70s. With the anti glare mirror, one can adjust for bright headlights in the eyes at night.

The simplest design is a toggle at the bottom of the mirror, which, when flipped by the driver, changes the angle of refraction to lower the intensity from behind.

Fancier versions automate this feature with photosensors. Even some side mirrors offer this now.

The most modern rear view mirrors aren’t mirrors at all. Today’s camera technology is replacing the limitations of mirrors, which cannot see through blind spots. A good camera offers a fisheye view of every side of your car.

Manufacturers can project the display right in front of your line of sight so you don’t have to look up. Plus, you gain the space once occupied by the letterbox mirror hanging above your head. 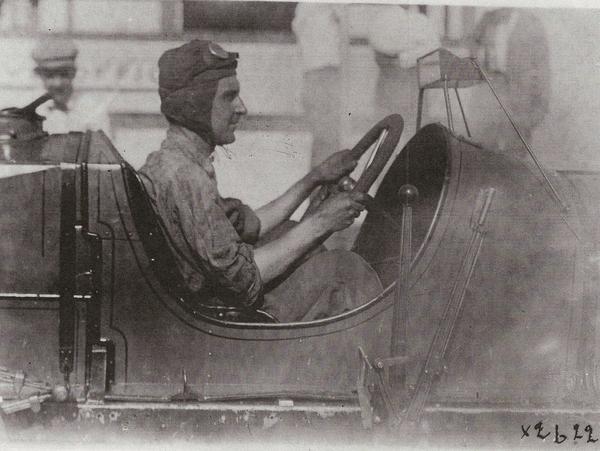 Ray Harroun’s idea was that by ditching his mechanic, the guy who’s main job during the race was to tell him it was clear to pass, he dumped around 160 pounds of weight.

Replacing that man with a mirror would have been brilliant, had the race track not been so cobbled it shook beyond use. Harroun’s mirror was worthless to him because he couldn’t see anything in it.