Over the last century, there have been several designs for gyrocars, two-wheeled cars stabilized by gyroscopic technology. The concept of the gyroscope is simple Newtonian physics.

An object in motion tends to stay in motion. A spinning wheel, in the case of a gyroscope, is tougher to throw off its axis of rotation the faster it spins.

Gyroscopic cars have a large spinning wheel, sometimes two in the housing somewhere. Those wheels, once spinning, keep the vehicle upright.

The advantages of the gyroscopic car are economic, less wheel on the ground, but also in terms of space. They usually have a thinner profile because they don’t need the wide stance of four wheels to stabilize.

For actual economics, as in money, they don’t do as well. They are expensive to maintain, and costly to produce since there is no existing market for them.

None of this has stopped a few determined inventors from giving gyrocars a try.

The inventor of the Shilovsky Gyrocar, Russian Count Pyotr Shilovsky, was the first car to ask, why do motorcycles get to have all the fun?

Adding to the insanity of the idea, a car on two wheels, it seated six people, two up front and four in the back. The engine of the Shilovsky was somewhere between 16 and 20-horsies.

Considering the Shilovsky was one of the first gyroscopic cars, the stability was uncanny. With two gyroscopes to balance, it wouldn’t even tip when people climbed in and out. 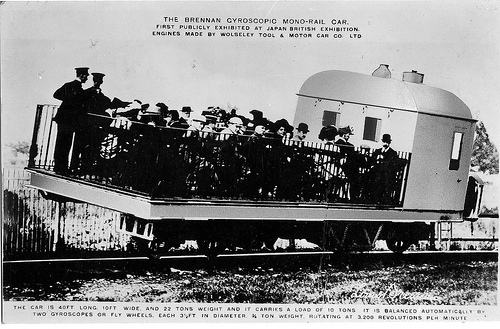 Picking up on the promise of space economy savings, an inventor by the name of Louis Brennan developed a gyrocar that ran on a monorail.

Had he been successful with his idea, the notion of wide road and bridges would have succumbed to a system of rails. Can you imagine the Golden Gate Monorail?

No matter what Brennan did to promote his idea as viable, even filling a huge car with people, then asking them to sit to one side without the car falling off the rail, people did not trust his idea. 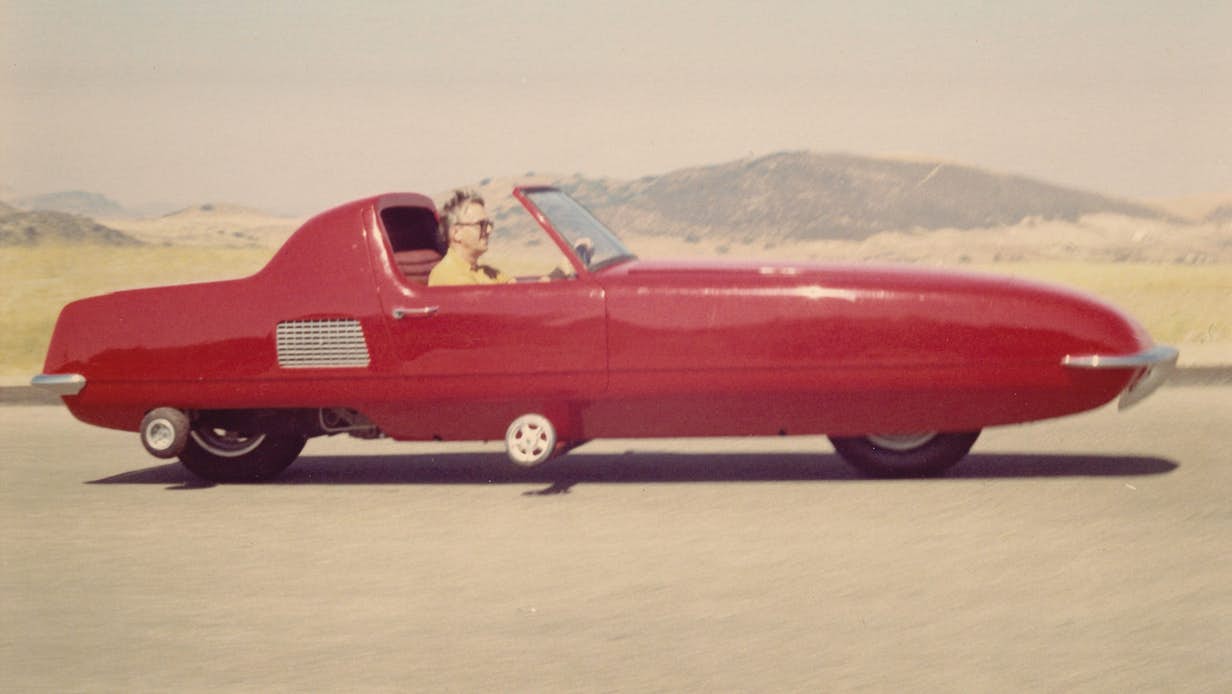 The Gyro-X project had promise. To start, it wasn’t a bunch of nobodies tinkering in a garage.

Fair enough; the inventors were Alex Tremulous & Tom Summers, nobodies outside engineering circles, but their team was impressive.

The actual team changed over time but started with the Tucker Corporation as the chief stylist from 1947 to 1949.

That’s Tucker as in the famous Preston Tucker; the guy who created the revolutionary car that rocked the automotive world’s definition of style and safety.

After Tucker, Ford Motor Company took over styling the Gyro-X from ’52-63.

Despite all these highbrow names, the parent company went bankrupt and killed the project.

It was a two gyro system, created by a company called Roadhawk Enterprises. The Roadhawk team targeted people in the motorcycle demographic with a promotional video and info pack.

The video, which one can watch online, is of the Gyro Hawk maneuvering in a parking lot.

The back end of the Hawk was a motorcycle of some sort, but the rest was under the shell of the Hawk.

The engineering for the Gyro Hawk took much of its inspiration from the Gyro-X and the work of Alex Tremulous.

Then, sometime during the ‘90s, the Gyro Hawk disappeared into obscurity. 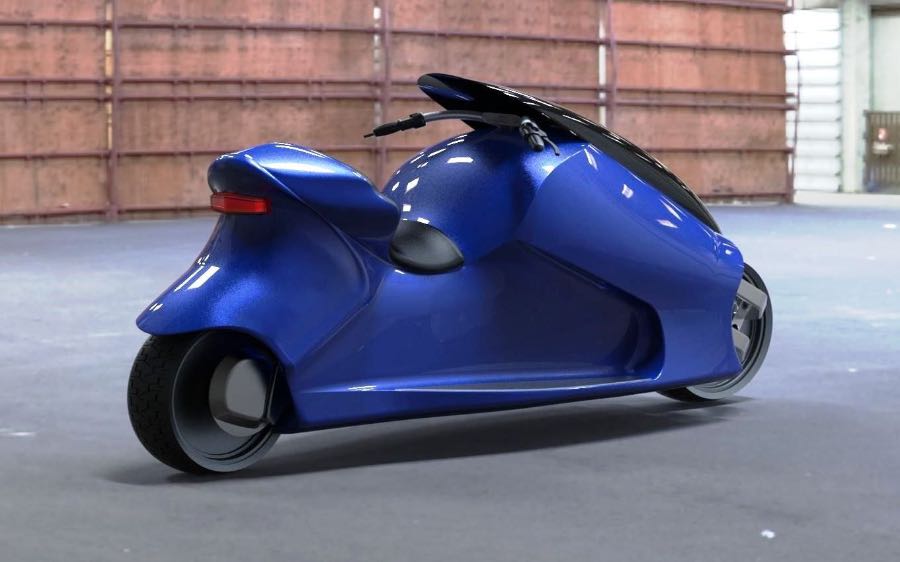 The Thrustcycle begs the question: if it seats one person like a motorcycle, has two wheels, but adds a gyroscope, then isn’t it just a fancy motorbike?

The difference is, when you stop at lights on the Thrustcycle, you don’t have to put your feet on the ground.

The Thrustcycle is another two gyro design. At one time it was reportedly rear-wheel steered, but the most recent renderings look more like a standard bike turns, from the front fork.

Thrustcycle’s team anticipated a 2017 release, so maybe we’ll see something this year, but it’s doubtful. Their site is painfully thin and outdated.

The prospect of keeping a two-wheeled vehicle from tipping sounds like an easy solution for increased motorcycle safety. The key is adding the gyroscopic tech without compromising style.

Fashion as much a part of riding as anything.

As far as the car market goes, any gyroscopic car will have to scream advantages over what we know and trust already: four stable wheels. Don’t hold your breath.