Adam Corolla, the host to his self-titled podcast, needs to sell his vintage Lambos to make room in his bank account for the $4.4-million Porsche he purchased. You could be his hero or at least save his marriage. 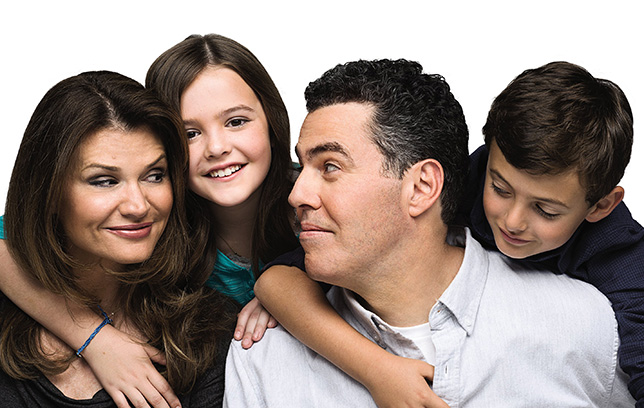 Carolla has admitted that when it comes to collecting vintage cars, he may have a problem. Where his only mode of transportation was once a Mazda pick-up, the performer has since developed a taste for fine automobiles.

It doesn’t hurt that he’s well beyond his days of cleaning carpets and coaching boxing to pay his bills.

Most people know Carolla for is his podcast, but some still remember him from the Man Show and his Love Line days, when he used to appear with Doctor Drew Pinsky.

Between the TV shows and the podcast, Adam hosted the morning show on a syndicated talk radio program out of LA. It’s safe to say, we know how Adam  came to amass his fortune.

In the process, he’s amassed the largest collection go Paul Newman racing vehicles. In fact, he is arguably the foremost expert on the subject.

It is his affection for all things Newman racing that led him to the purchase of a $4.4.-million Porsche; the reason he must sell the Lambos.

Now you can take advantage of his situation, freeing him of his Lamborghinis forever. It’s the right thing to do. 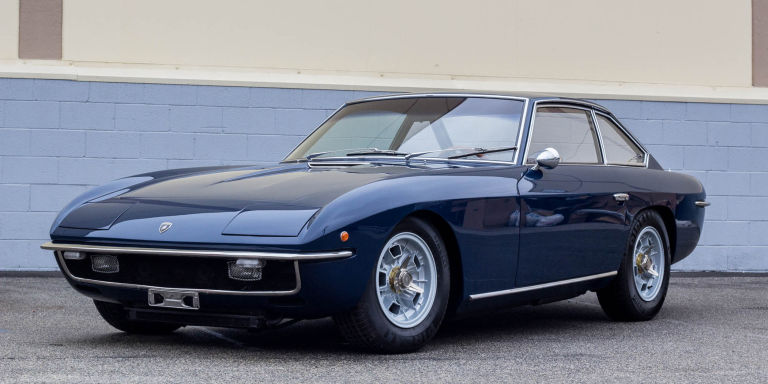 With only 52,962 miles logged, this dark blue exterior and cognac interior beaut remains unaltered from the original. If you buy it, you can brag that they produced only 225 of these.

It’s a five-speed manual transmission with 350 horsepower 4.0-liter DOHC V12 under the hood. The carburetor for this elegant beast is six twin-barrel side-by-side Webers.

It also has four-wheel independent suspension and disc brakes. Not bad for 1969. 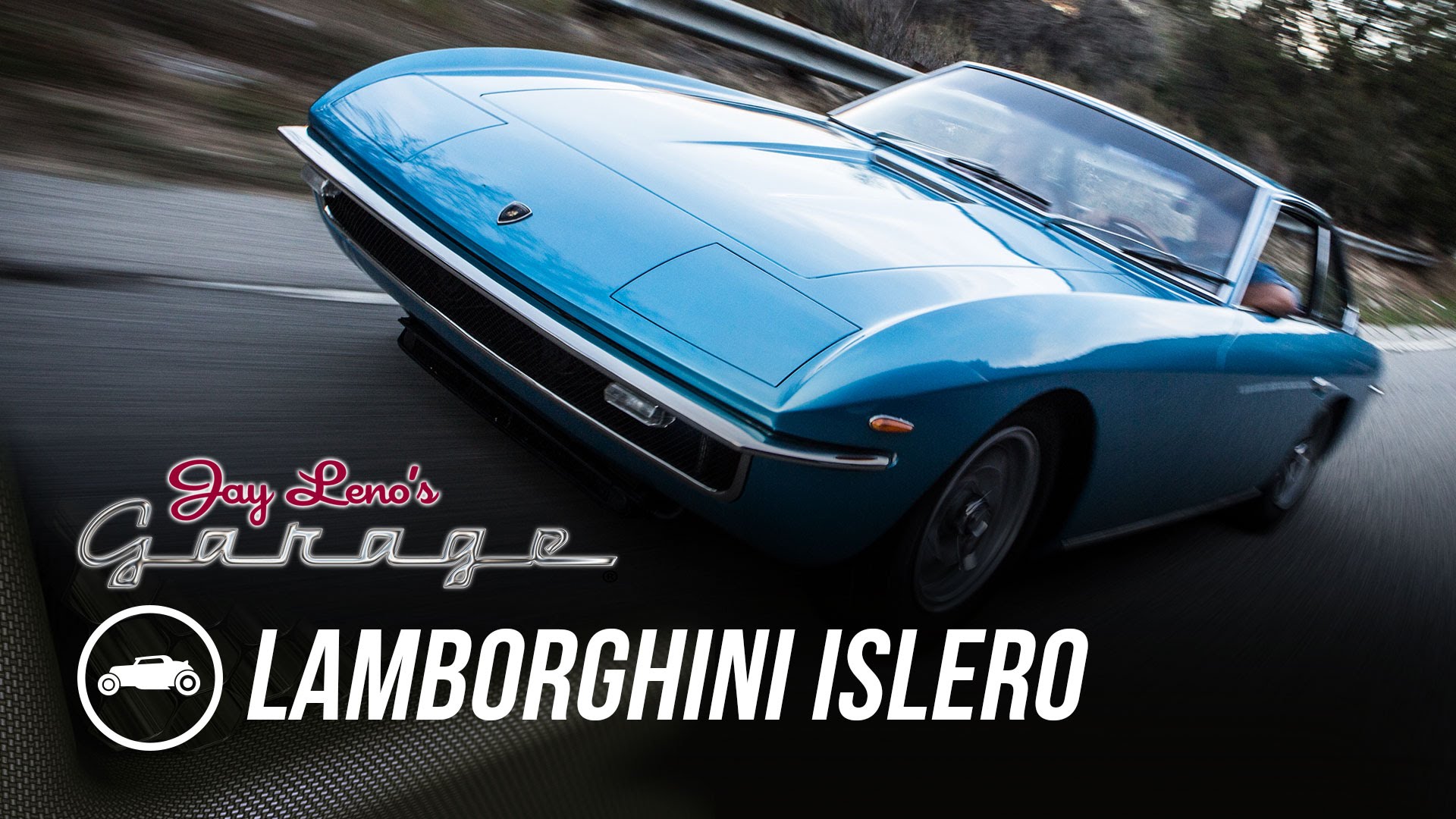 Rather than another annoying rear seat, this comes with custom matching luggage, which fits where the seat once was. Matching, because it goes with the red interior, which is an eye-catching contrast from the light blue metallic exterior.

This Islero may be a year older than the ’69, but it’s only clocked 39,044 miles, thus the price difference.

Same as the last, Lamborghini limited the production to 225 vehicles. The engine is the same 40 liter DOHC V12 fed by Weber side-draft carbs, pumping 350-horseys. 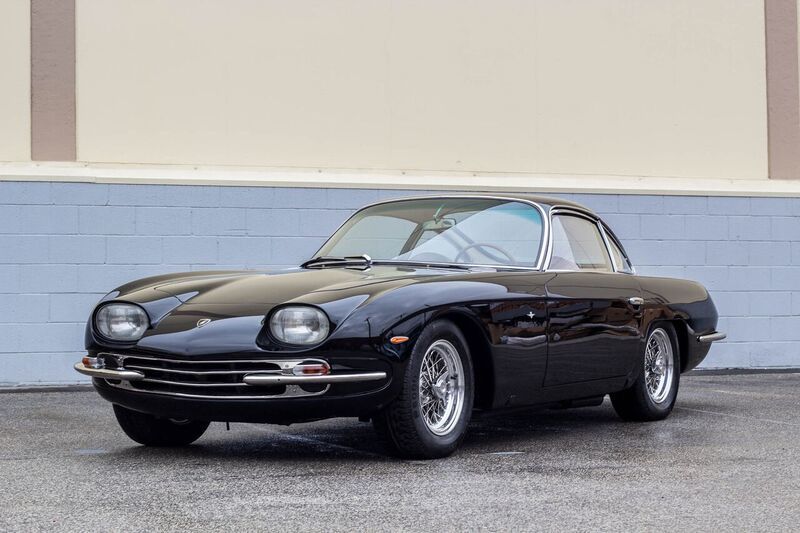 Funny how the older the Lambos get, the higher the price. It’s the 37,177 miles on the odometer, yes, but the low production count doesn’t hurt.

There were only 120 of these aluminum-bodied babies produced. Nobody restored this car, but it was well-maintained.

Proof that the simplest design choices are the best, the flawless black exterior and tan interior of this ’65 says so much by saying so little.

The engine is a little smaller than the first two, a 3.5 liter DOHC V12, but uses the same side-draft Webers. You get 270 horses form this five-speed manual.

There were 764 Miuras produced. The Miura separates itself from the Islero with an aggressively different look. This orange exterior with black interior one is of particular interest as it has only 9,192 miles on the odometer.

The engine is an all-aluminum 3.9 liter DOHC V12, cranking out 370 horses. The Miura might break away from the price range of the Isleros, but it uses the same six twin-barrel Webers carb.

Of Carolla’s Miuras, this one has one claim to fame the other cannot brag. No, not the aftermarket air conditioning unit. It’s a movie star. The orange Miura appeared in Carolla’s recent film, Road Hard. 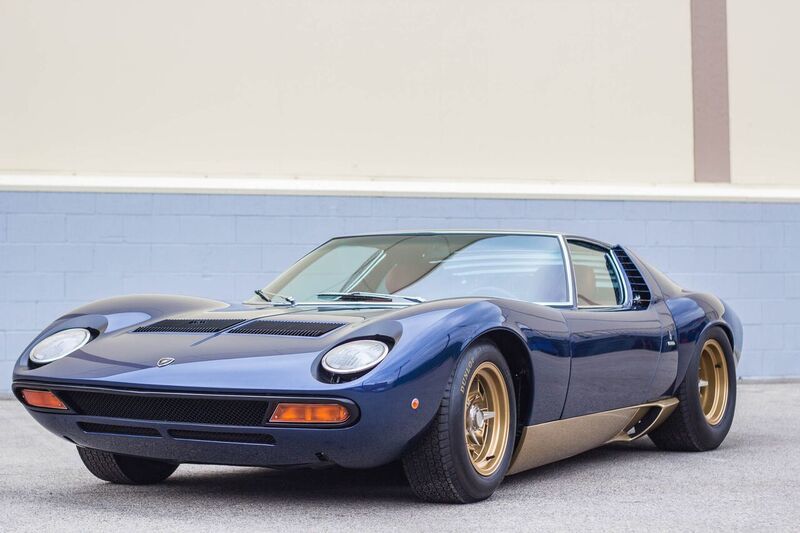 Sporting a similar color combo as the second Islero on this list, the dark blue interior, and the red interior combo is striking against the gold rims and undercarriage.

Out of the box, this Muira was just a P400s, but a former owner invested in upgrades, matching it to the features found in the SV version.

There were 338 P400S produced, but only 150 P400SVs, so the upgrades cheat this car into a more explosive category plus make it look more aggressive.

It’s the same engine, same suspension, cranking 370-horses, like the other.

As these Lamborghinis don’t fit into Carolla’s collection, you have to think about it like doing the guy a favor.

Sure, your purchase digs him out of a hole, cleans up his garage, but just think how great you’ll look in a Muira or an Islero.

This is one of those win-win situations.