Reaching 200mph in a car in this day and age really isn’t that big of a deal, the current world record is 270mph and there have been cars released this year that claim up in the 290 range so it’s nt going to be long until we see a car capable of hitting 300mph. But back in the 1980’s hitting 200 seemed to be impossible for a production car. In 1984 the Ferrari 288 GTO that was able to hit 188mph which was the record for just two years when Porsche 959 Touring that topped out at 195mph. But Ferrari came back with the knockout punch in 1987 with high revving F40 that was able to coax that extra 5mph to reach the magical 200mph that had eluded all other cars to that point and didn’t stop till it hit 202.687 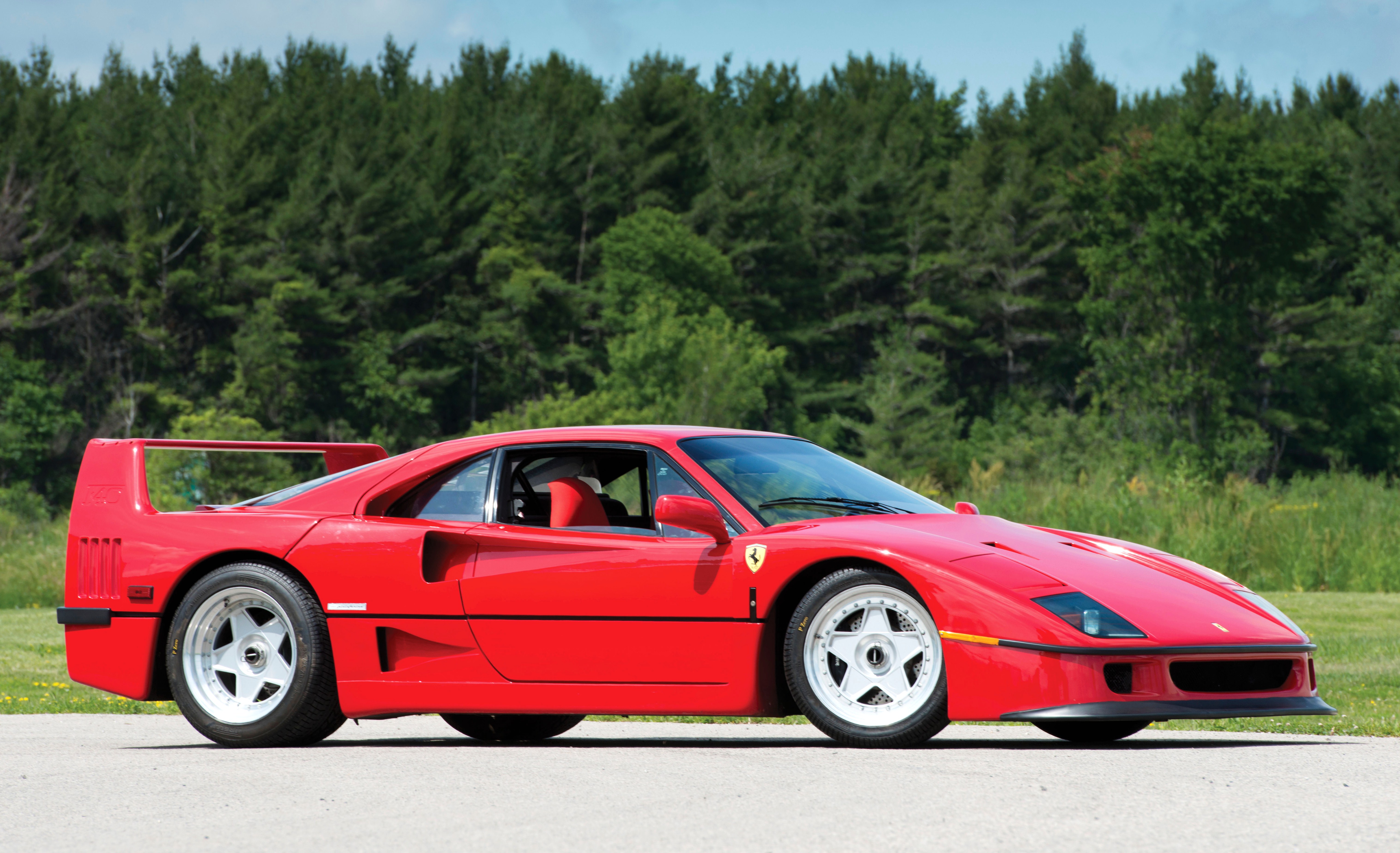 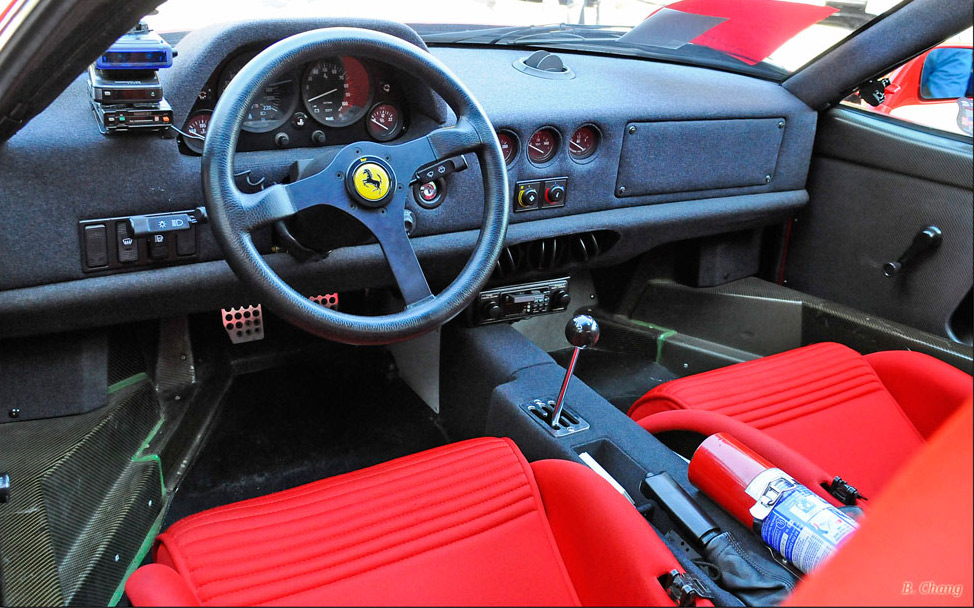 The F40 achieved this mighty goal by using a car that has been stripped down to almost nothing so that it weighs under 2,500lbs, then slapped a smaller but very high revving 2.9L V8 that had twin turbochargers that were developed using the turbos used on the Ferari formula one car. because of this they were able to squeeze out 478hp and 426lb-ft of torque which of course played a key part in hitting the 200 mark. Because the engine was so small it was abe to spool up faster so The F40 had a lightning quick 0-60 of just under 4.0 seconds which again now isn’t really that fast, but back in 1987 that was damn near light speed. 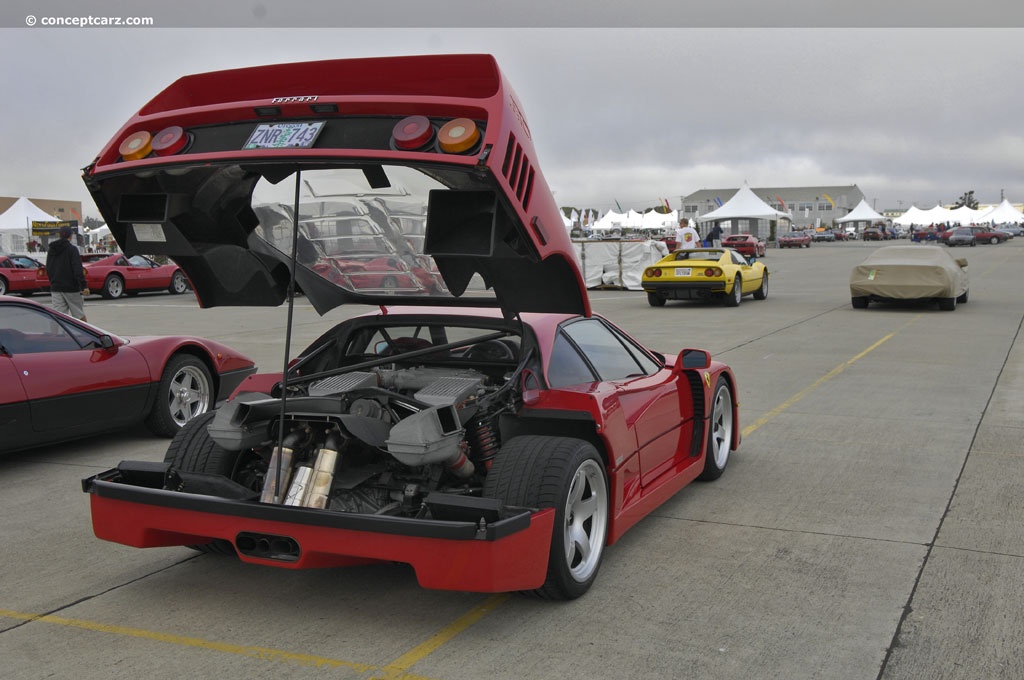 Mid mounted V8 so its like a rear hood that opens on the F40
Photo:conceptcarz

The whole reason the F40 was built was to commemorate the 40th anniversary of Ferrari and interestingly it was the last car to receive the personal stamp of approval from the Great Enzo Ferrari. The F40 was said to have a limited run of only 399 cars but due to an overwhelming popularity there was closer to 1,300 made when production ended in 1992. Considering that at the time it was the most expensive Ferrari with a manufacture recommended price of $400,000 but it was reported that there were people paying upwards of $1.5 when it was only going to be a limited production so I would imagine that the people were little upset that paid that much think it was going to be a low number collectible and all the sudden there are all these extras being built. But really though it worked out in the end because it is definitely a highly sought after collector car that for sure. 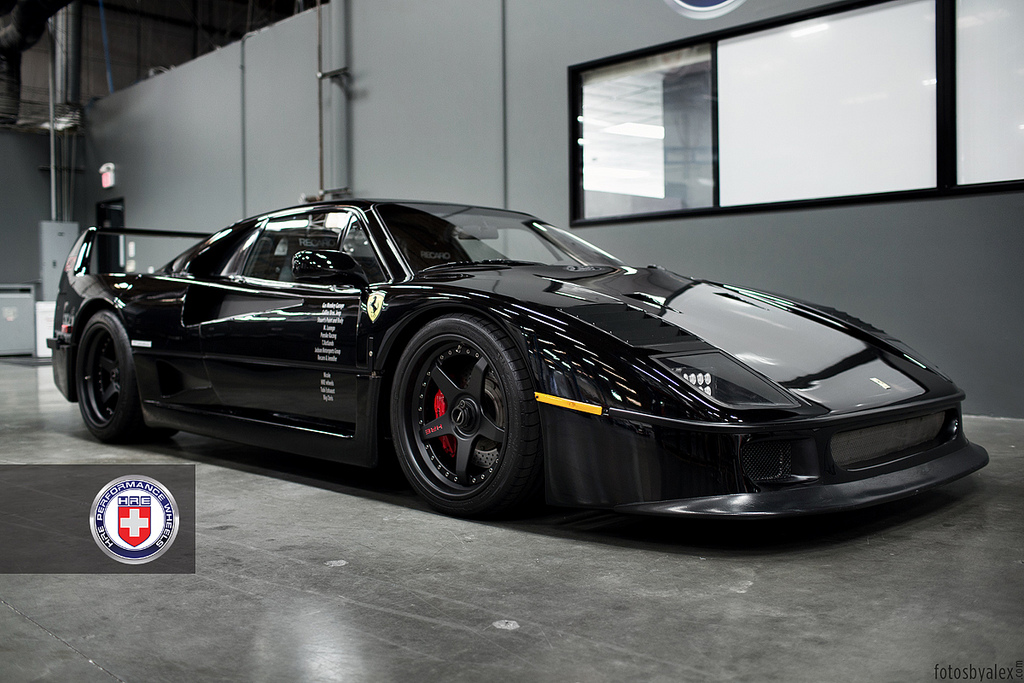 THe F40 that was brought back to life after a major wreck by the guys at Gas Monkey Garage.
Photo: dvdrwinfo

So take a minute and site back and enjoy the beauty that is the F40. it wont be ling until we are taking a step back to enjoy the first car to hit the unthinkable 300mph. That will be a good day.