If you live in constant fear that you will someday launch your vehicle into a body of water, perhaps it’s time for another car? You could find a nice used amphibious car for sale online. Then again, it may be cheaper to hire a hypnotist; safer too. 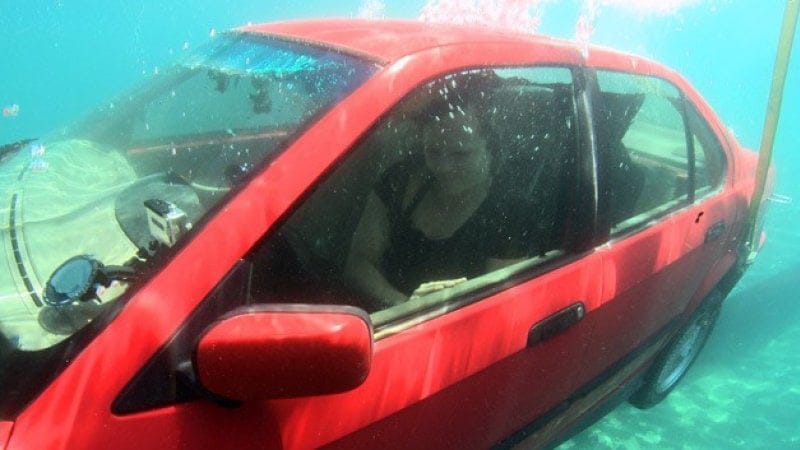 There are no guarantees that your amphibious car will stay afloat, just because it’s supposed to. Boats aren’t supposed to sink, but they do all the time.

It surprises most people to find out how long ago cars went hybrid; not on power, but on terrain. What started out as a German obsession for total vehicular freedom has taken a few missteps over the decades, but may actually be a thing now.

It all started around the second World War… 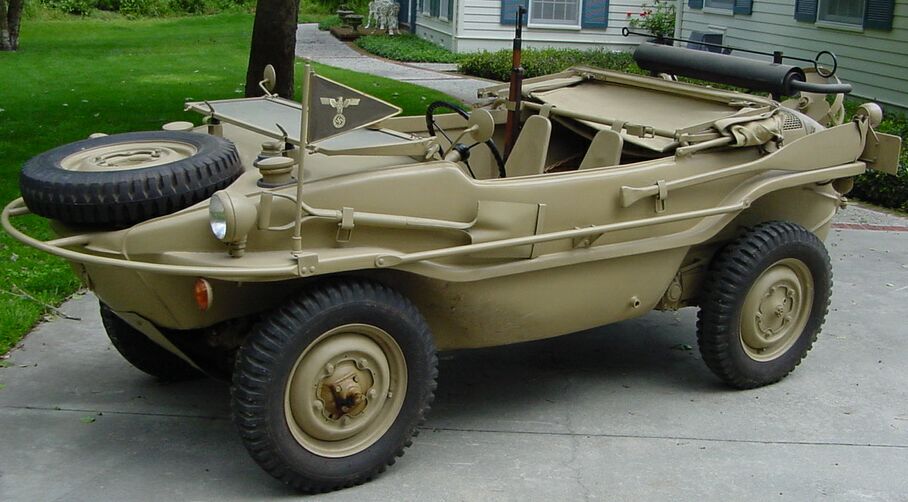 So, you think your Jeep Wrangler can go everywhere? Does it swim? The Schwimmwagen did.

This was a production model vehicle, designed by VW for the German army in WWII. It was more of a floating car than a boat-car hybrid. In order to cross waterways, a tiny prop would lower into the water.

They produced over 15,000 of these beauties, making this the most produced amphibious vehicle of all time. Sadly, only around a dozen of them still run. 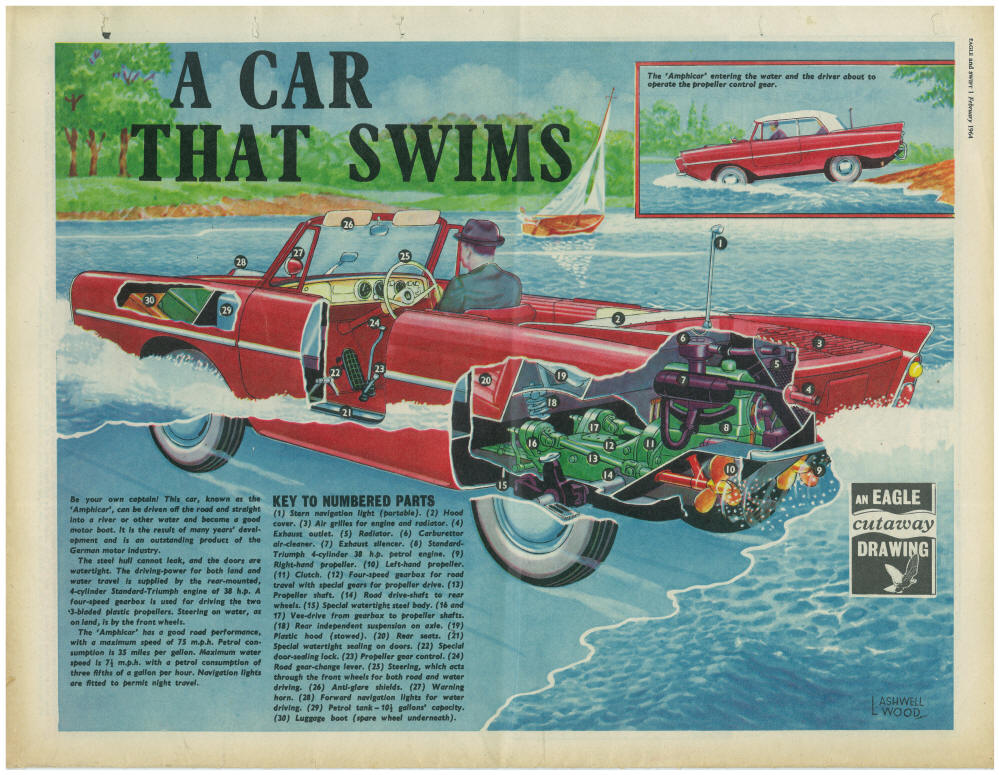 If the previous vehicle made the top of the list for most produced, the Amphicar gets the award for biggest splash. It was, in fact, a distant grandchild of the Schwimmwagen.

The Amphicar launched at the New York Auto Show in ’61. They may have sold it in the USA, but this one was also manufactured in (West) Germany.

Whereas the Schwimmwagen was designed to revolutionize war, the Amphicar would revolutionize civilian transport. We would no longer need bridges or ferries. Everyone could just drive across rivers and lakes.

The dream did not last. The Amphicar was, to put it mildly, awful to maintain. They produced fewer than 4,000 by 1968. 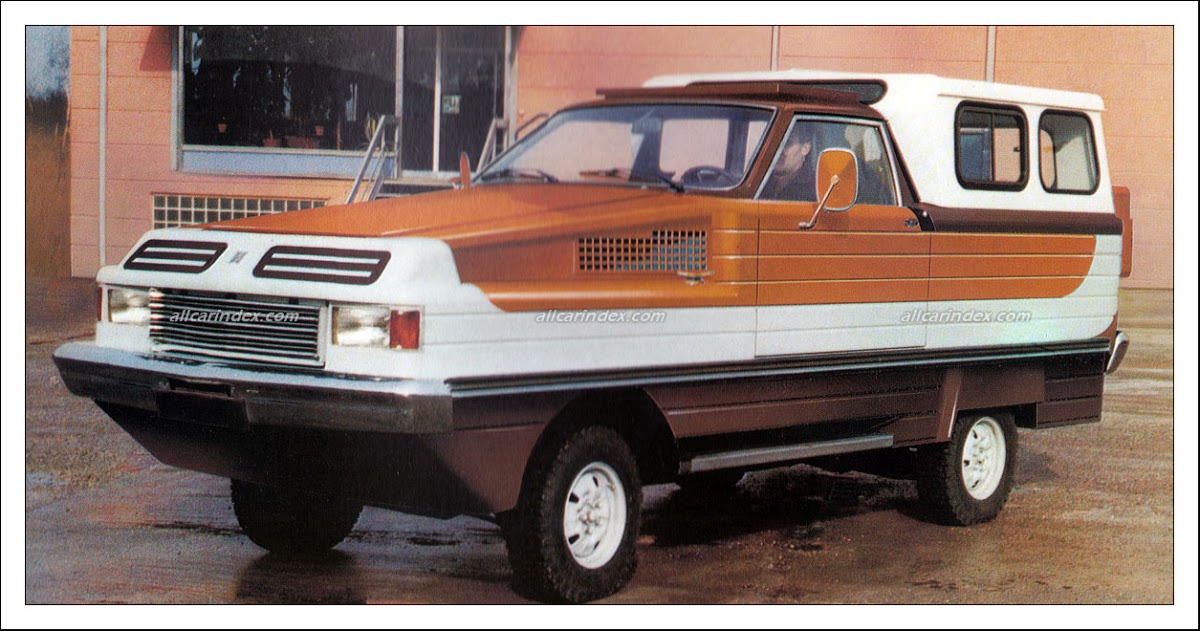 After the failings of the previous two amphibious, you would think humanity would have given up. We were obviously not destined to drive on water.

The Germans didn’t care about all that rubbish. Another product of the country divided, Germany cobbled together parts from Ford and VW to create the Conte, a monster only Dr. Frankenstein could love.

Max speed on land was just shy of 90 MPH for Conte, but it offered dual-prop propulsion in water. How fast it went in the water is anyone’s guess.

But for a few diehard niche fans, the Conte never made it out of the concept stage. 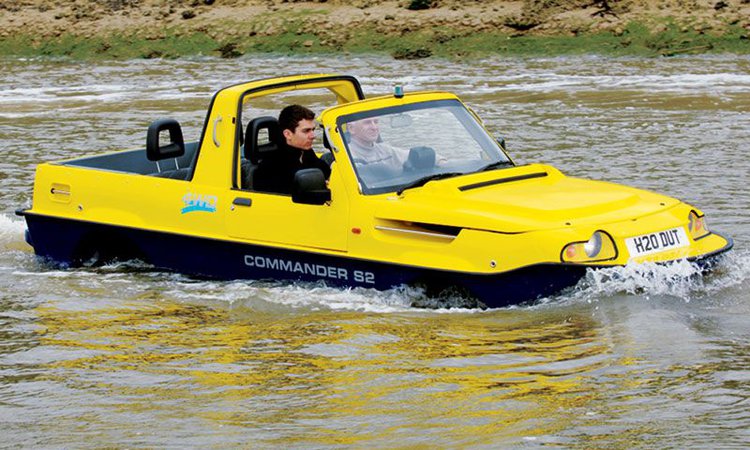 The Commander was a product of kit car company, Dutton Cars. This was a British company, located in Sussex, England.

Taking cues from the Suzuki Samurai and Ford Fiesta, the Commander took shape.

You can still find Dutton Commander kits and assembled vehicles for sale online. You just may have to go to England to buy them, but no problems getting back home. Just drive on the ocean. 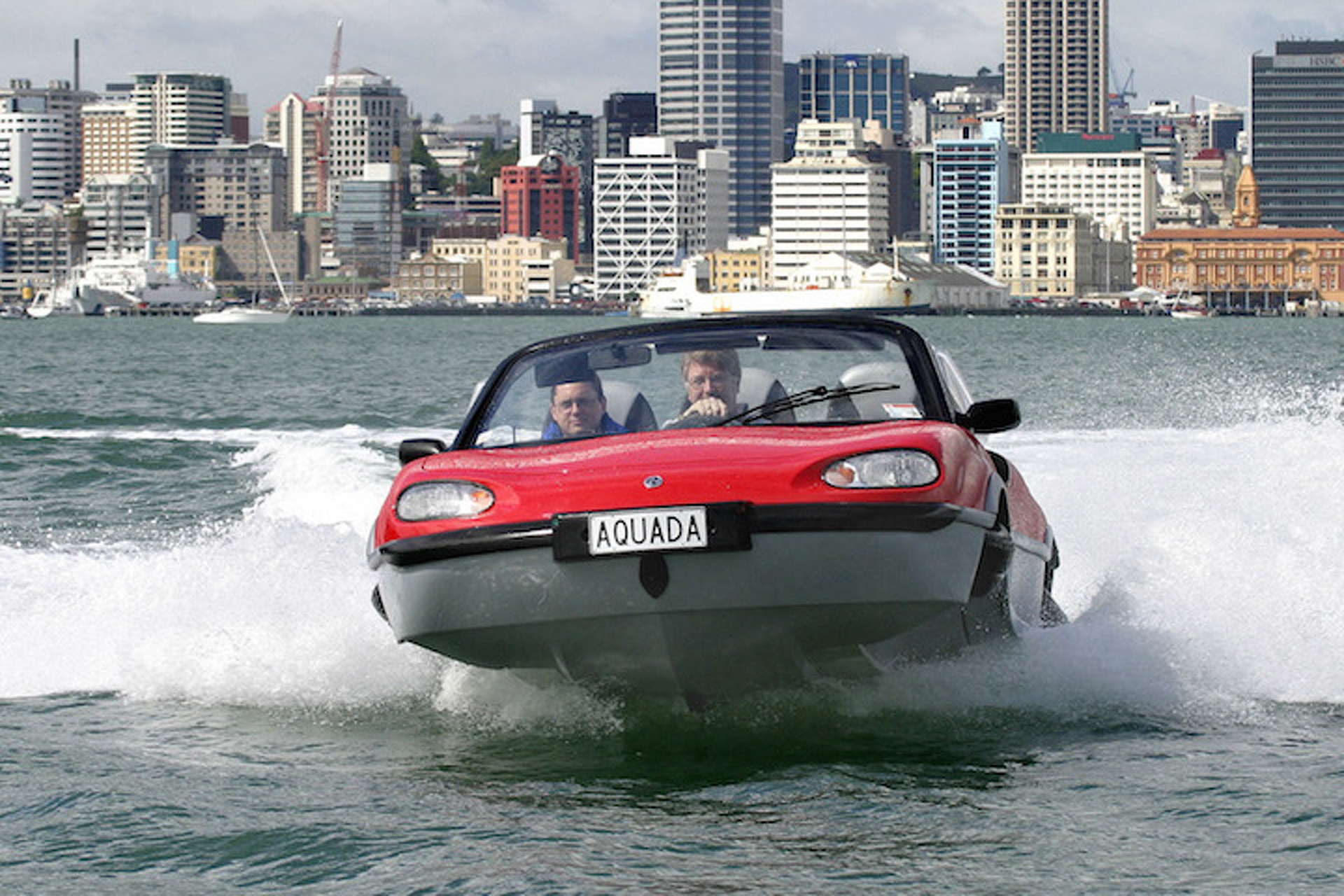 This rocket from Gibbs Sports Amphibians, a New Zealand company, puts the Schwimmwagen so far in the rearview mirror, you’d have better chances keeping up on a horse.

The Aquada goes up to 31 MPH in the water. That’s fast enough to pull a skier behind you. If that weren’t enough, it goes almost 100 MPH on land.

It may be that this amphibious vehicle just flies across the water surface. As far as the competition goes, this one’s a looker. It wouldn’t devastate you for others to catch you driving it. 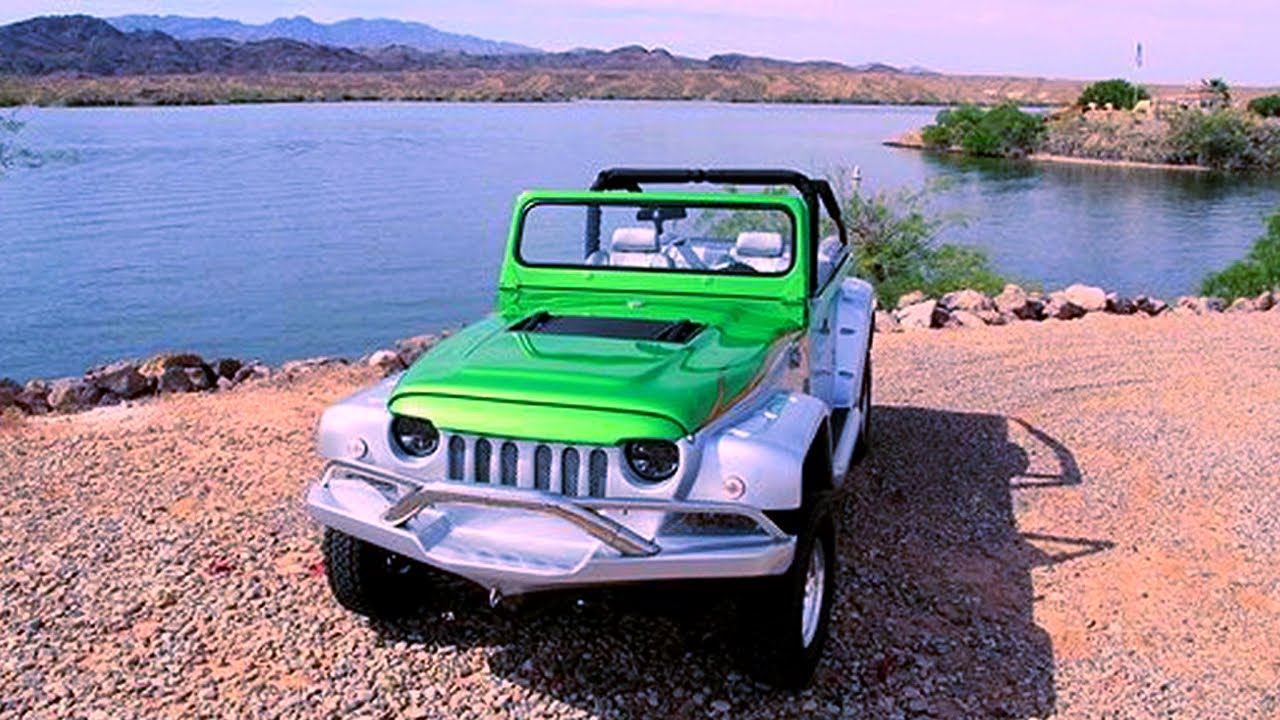 You’ll find more options for amphibious vehicles online, but most of what’s out there are kits, concepts, and conversions.

The last company, Gibbs, is carving out a niche in amphibious quads for professional applications and recreation. Lifeguards, park rangers, and folks with deep pockets can go wherever they want so long as it’s horizontal-ish.

Perhaps this is a story less about history; more about the future…