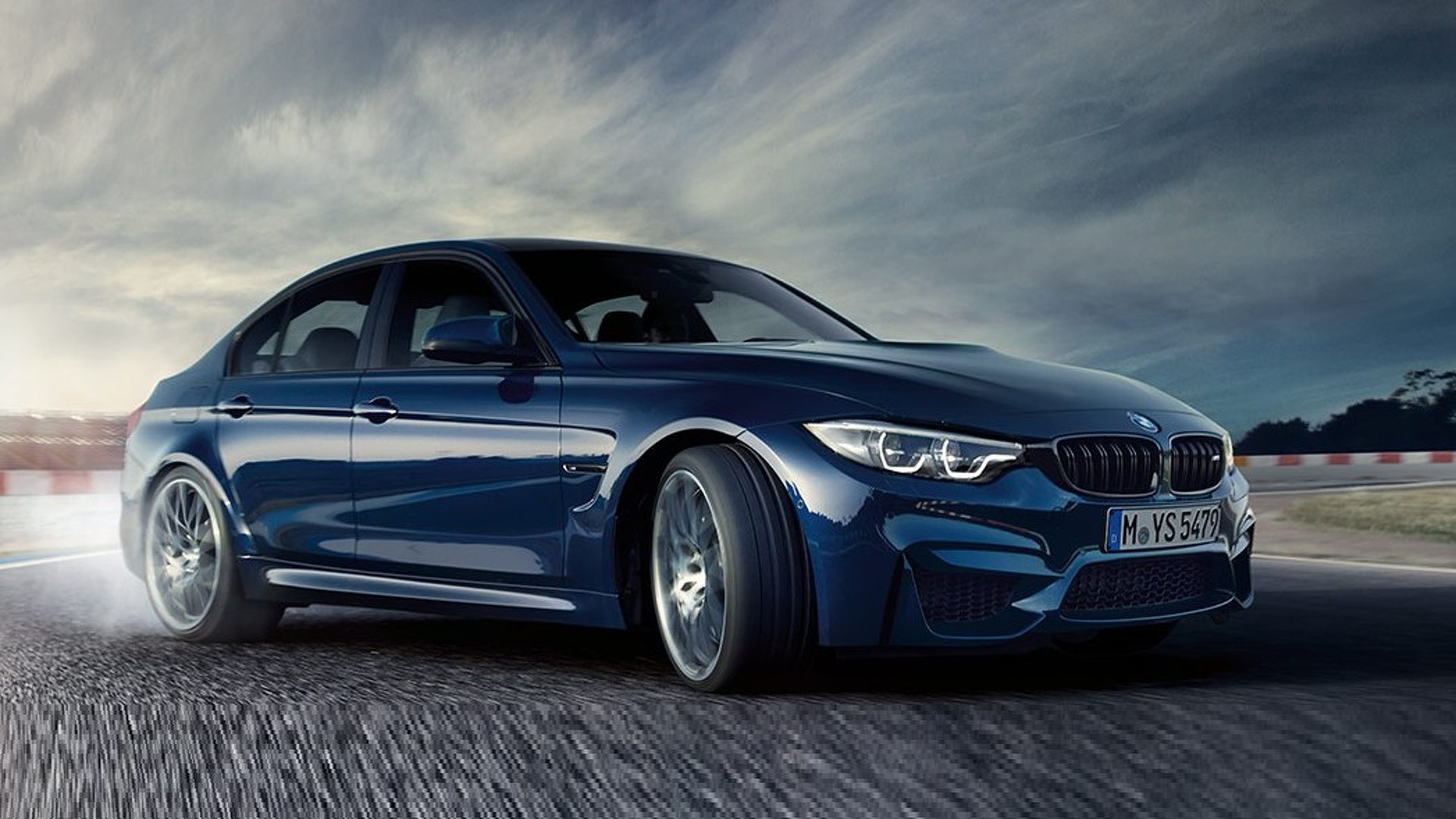 Today, cars go 100 MPH; It’s no great feat. For some drivers, triple-digit speeds are the only way they commute. (I’m looking at you M3 drivers.)

There was a time when breaking that first 100 mph barrier held so much promise. The team who could do this would surely take premium positions in the engineering community. The driver would take a permanent seat on the podium of life’s awesome people. The winning team would be winners. It was a big deal.

When it happened, it was a glorious moment for about fifteen minutes. Then another team broke that record. Still, considering it was in 1905, it was a big deal to go that fast without dying. It was the spark that would one day ignite the automobile safety industry.

As with much of history, there’s a small fly in the ointment of this story. The question remains, who receives all the glory? Was it the Americans? The British? The French? Who was really first?

The Speed of Speed 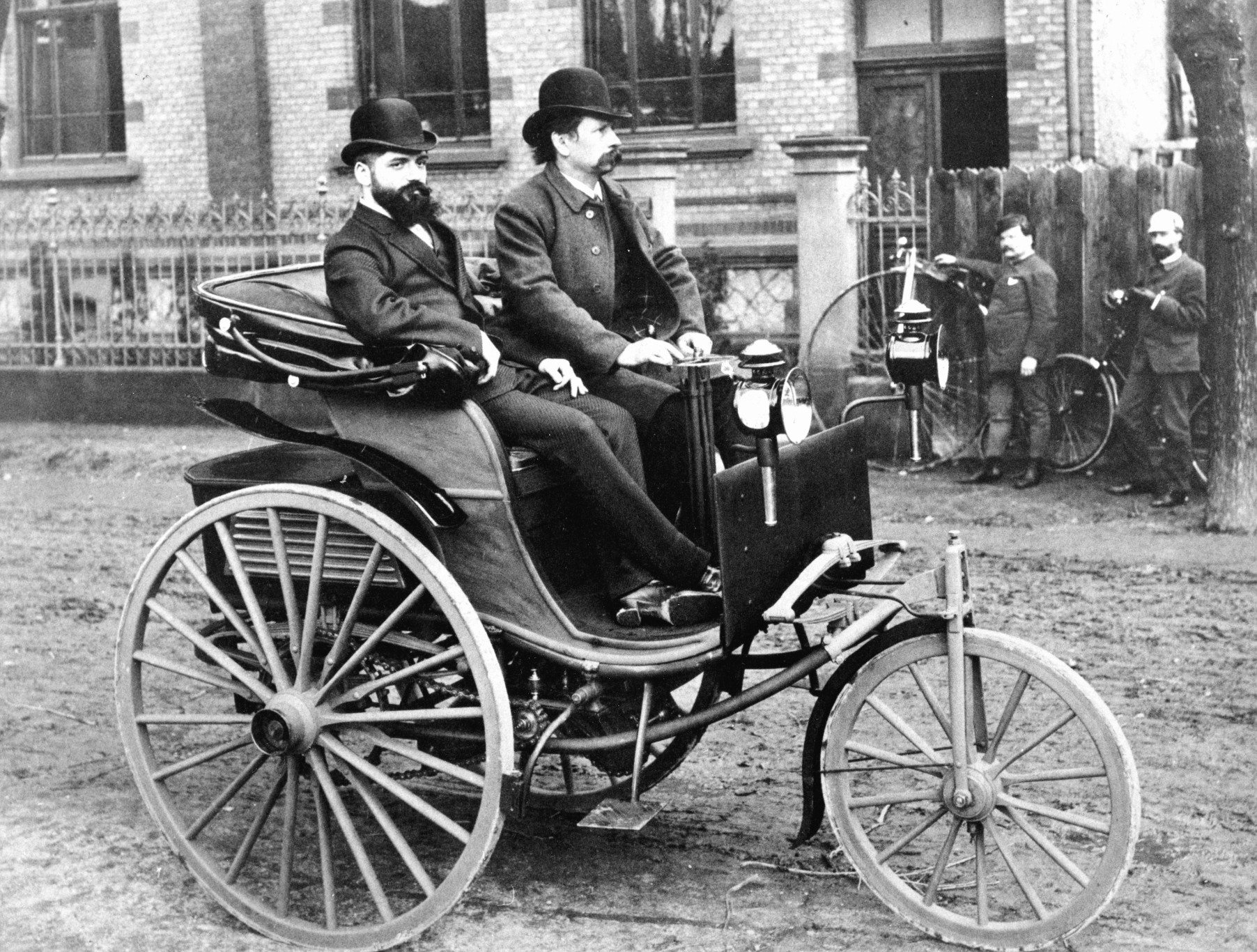 Consider that the first feasible automobile, the Motorwagen by Benz, was a speedy 10 mph on the first day he drove it. That was 1886.

By 1895, when the first version of the Formula 1 came to Paris, cars screamed across the finish line at 15 mph. That was a gain of five mph in ten years.

The issue with the early cars was not as much a matter of engineering. We had the technology to make them faster, but to what end? They had to go fast on some sort of flat surface.

The problem was the roads. They were not safe for fast cars. If one was lucky, the road was a smooth-ish cobblestone.

Then there was the issue of all those damn horses and people walking about. It would be a few years before roadways would turn into a place for wheels only. 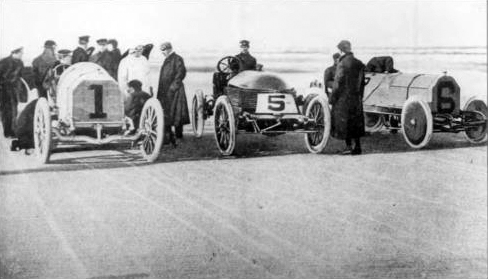 Not far from today’s Daytona Beach Speedway, the long flat beach in Ormond, Florida offered a spot to drive cars at speeds not possible elsewhere.

As such, a group of wealthy car owners and engineers gathered the end of January every year at the turn of the century to push the limits of speed. They called these races The Vanderbilt Cup.

The wealthy didn’t drive the car at Vanderbilt, of course. It required mid-race repairs to keep the car from splitting at the seams.

Arthur MacDonald, a British driver, was the man behind the wheel of a 90 horsepower Napier (D. Napier & Son Limited) on January 31, 1905. The Napier bore the number 5 and was the first to crack the 100 mph barrier.

MacDonald managed to go 104.65 in that beast. Then, 15-minutes later, another driver beat his time. That was in a Mercedes, twin-engine.

Apparently, twins were against the rules of that event, Authorities disqualified that car afterward.

There’s only one problem with this story. The French claimed to have done it a year earlier. 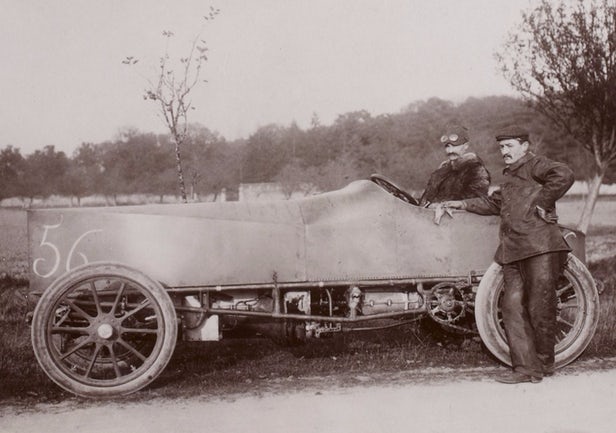 It was Louis Rigolly who claims the crown for first over 100. On July 21, 1904, Rigolly went with a team of engineers and fancy people to the beach in Ostend.

There, according to witnesses, he drove a 13.5-liter Gobron-Brillié over 103 mph. Hard to imagine, but despite our new found speed in cars, the world of information still traveled painfully slow.

Then, there was the matter of proving it. Never mind that endless pursuit. We give it to the French. (Otherwise, they’ll whine all day. Get it?) 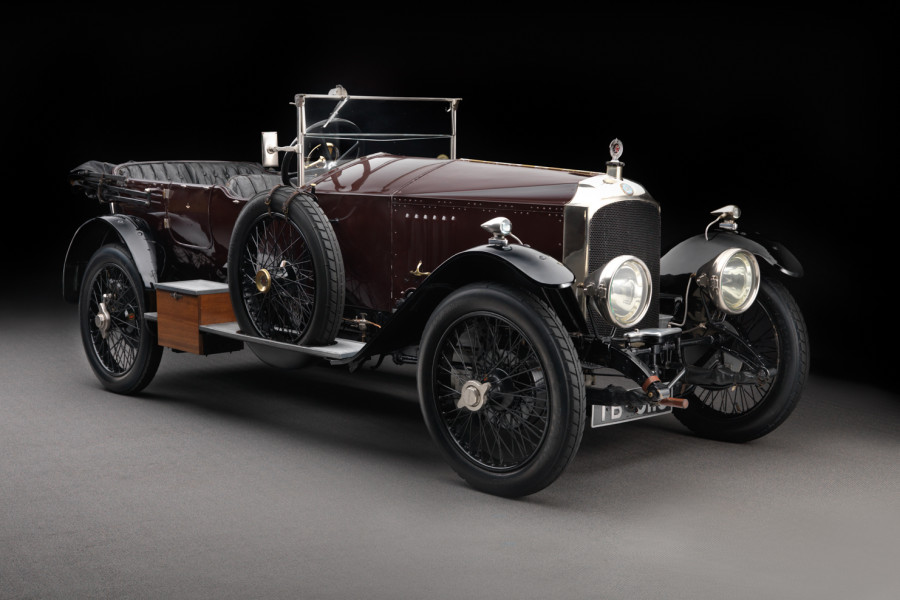 It was one thing to get a single piece of machinery over 100 mph, but a whole ‘nother bag of bolts and nuts to make a production model car that did it all the time.

That award goes to the Brits. In 1913, Vauxhall Motors produced the 30-98, a sports car designed for going really fast.

Again, where one could drive 100 was another matter. This writer guesses it would have been on private tracks or the beach.

Despite this limitation, Vauxhall cranked out 600 of these bad boys from 1913 to ’27. About 200 of them still exist, but I doubt they’re setting any land-speed records these days.

At 100 mph, a car that old is more likely to set pants-peed records.

It’s all ancient history now. We’ve since broken the sound barrier on land. The next hurdle will be breaking the speed of light, but that one is a few years off.

Let’s just assume it will be the French so they don’t whine again.