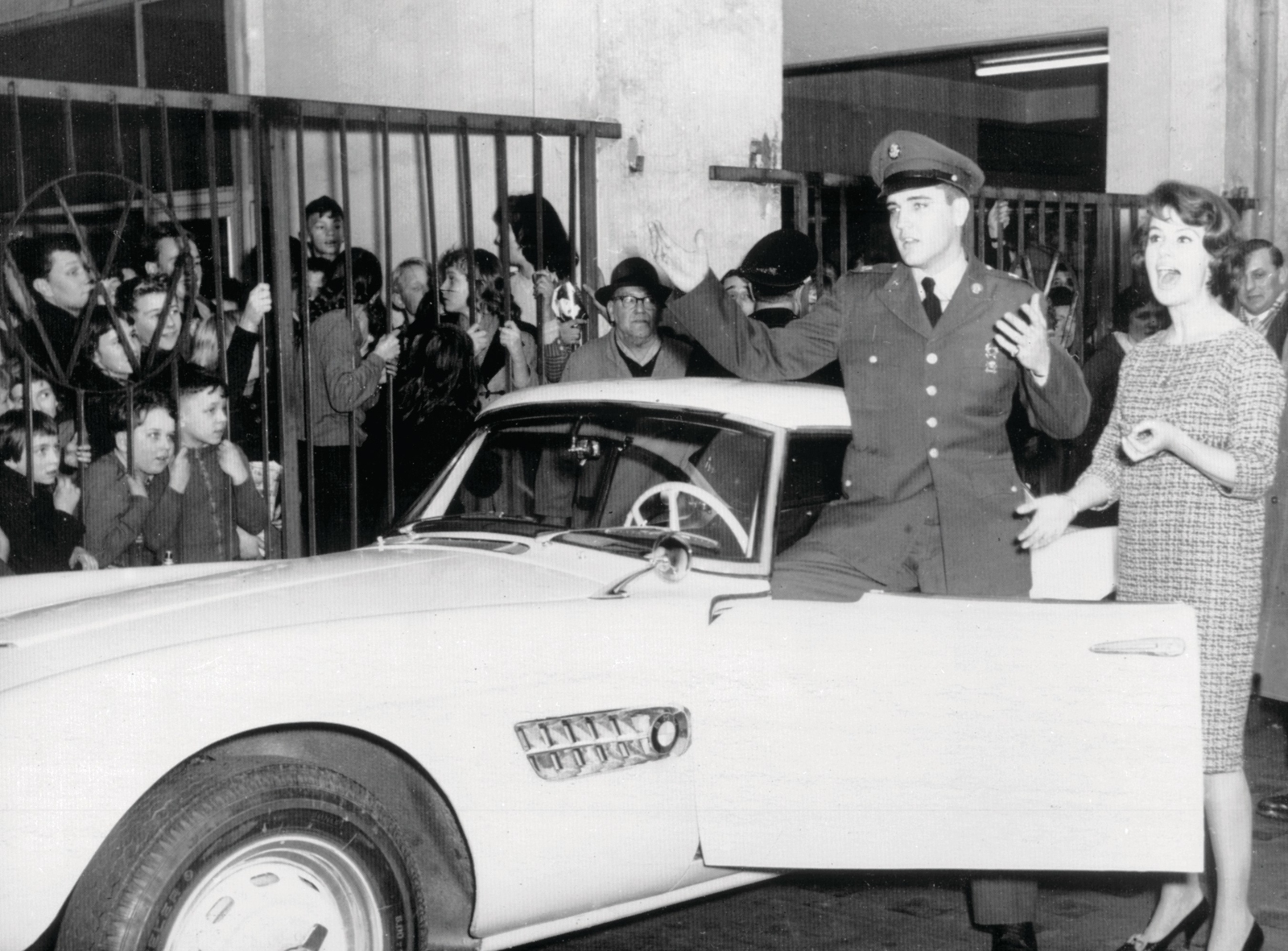 Talk about one of the best barn finds ever, found in a warehouse full of pumpkins sat this beautiful 1957 BMW 507, that had a pretty famous owner. None other than Elvis Presley sat behind the wheel of this particular 507 when he was stationed in Germany for his military service. Previous to Elvis purchasing the car, it was used as both a show car and even BMW’s racing program. 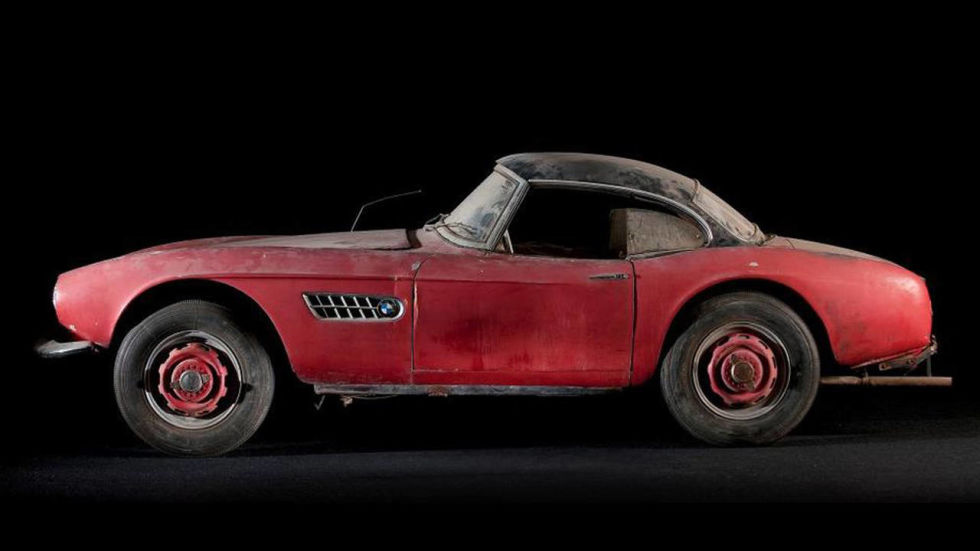 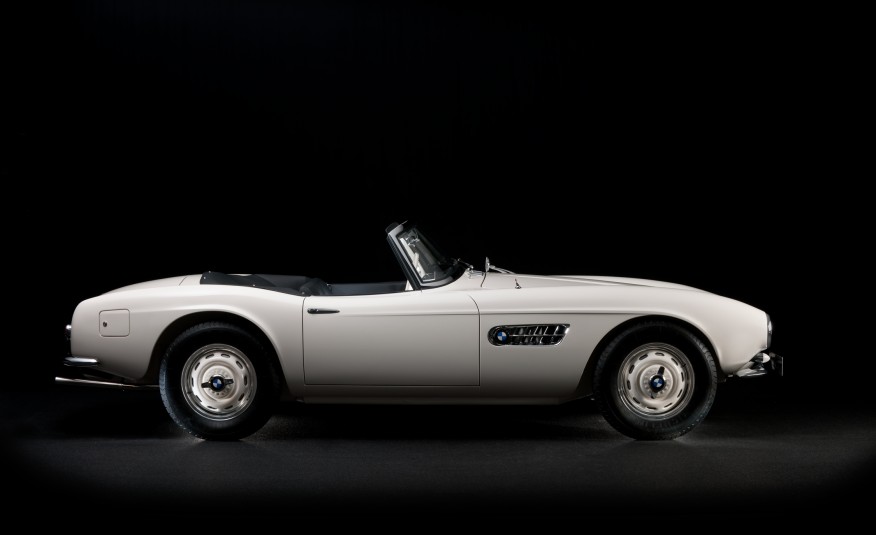 When Elvis got the car it was one of the hottest cars in the world. Although it was originally “Feather White” when he took possession of the car, he eventually painted it red. Now the rumor is that he got tired of all his female fans writing notes on it, in red lipstick. 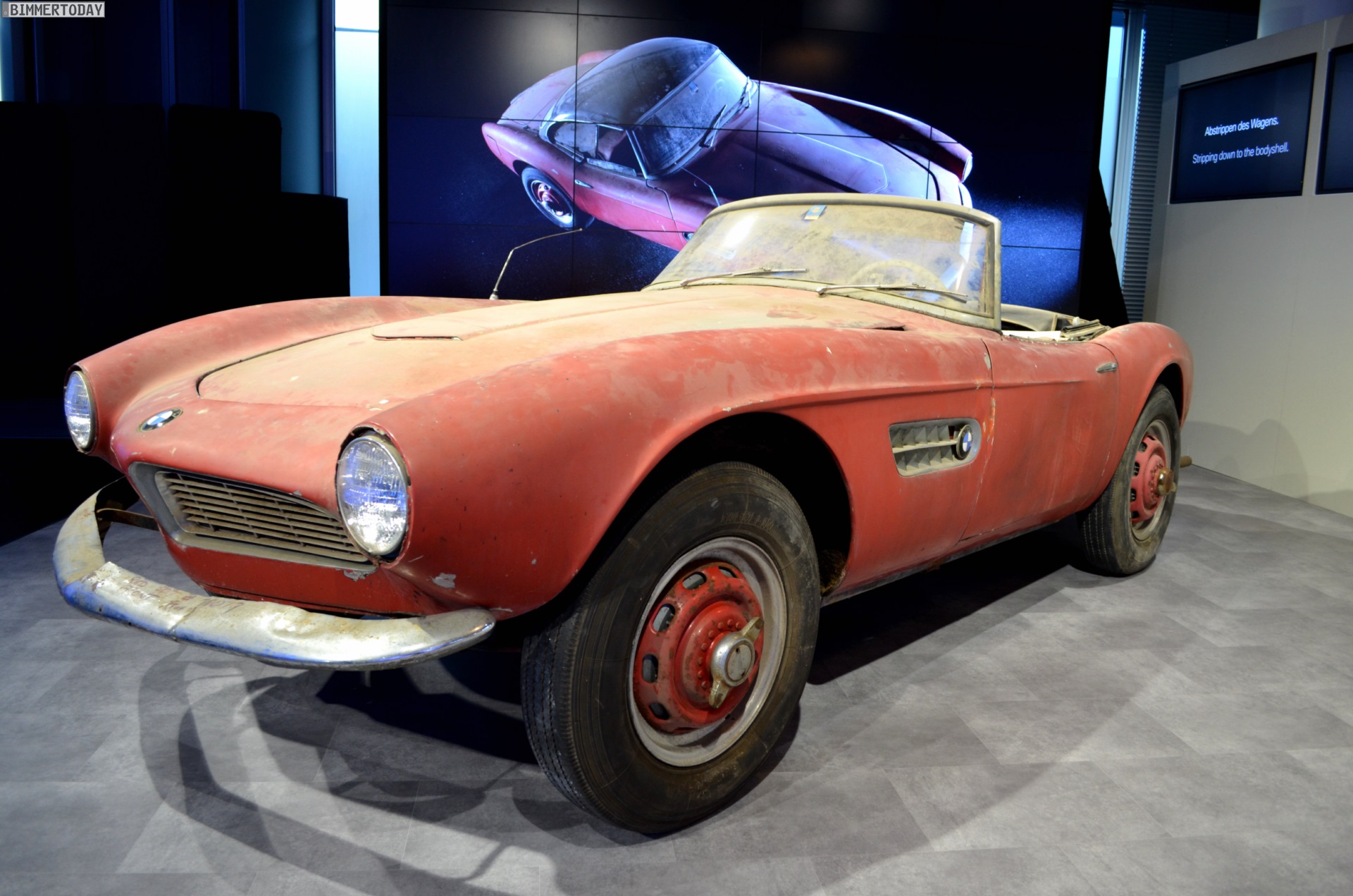 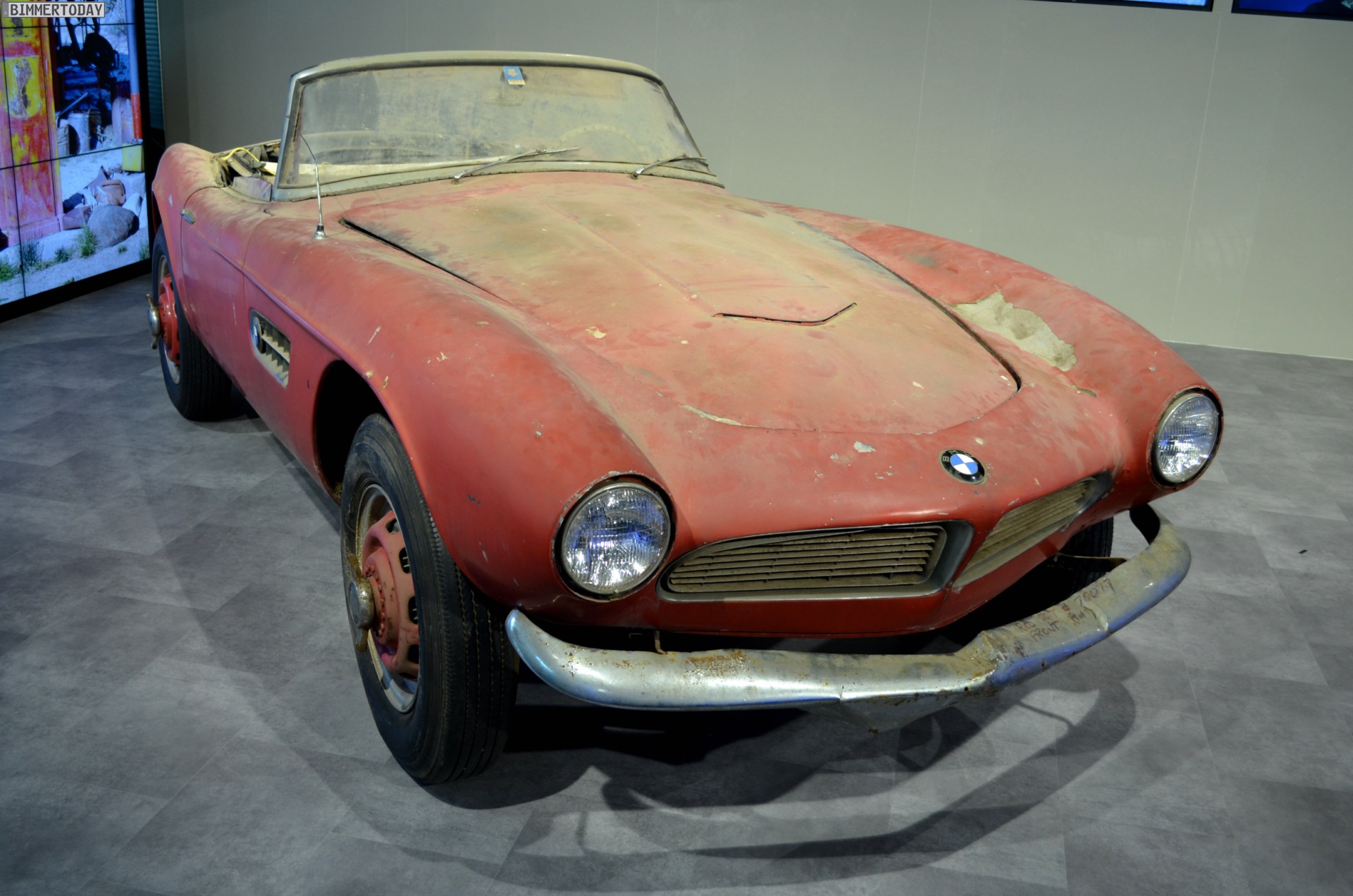 Upon the completion of his military service, brought his BMW back to the states. But for some reason, shortly after that he traded it into a dealer. I was’t able to track down what he got in trade for the 507, but hopefully it was something special. It was reported that the dealer that took the 507 ended up flipping it for just $4,500. There were only 254 examples of the 507 made in the limited production run from 1956-1959. That in itself will make the car extremely rare, to the extent that one is good condition is said to have a value over $2.5 million! 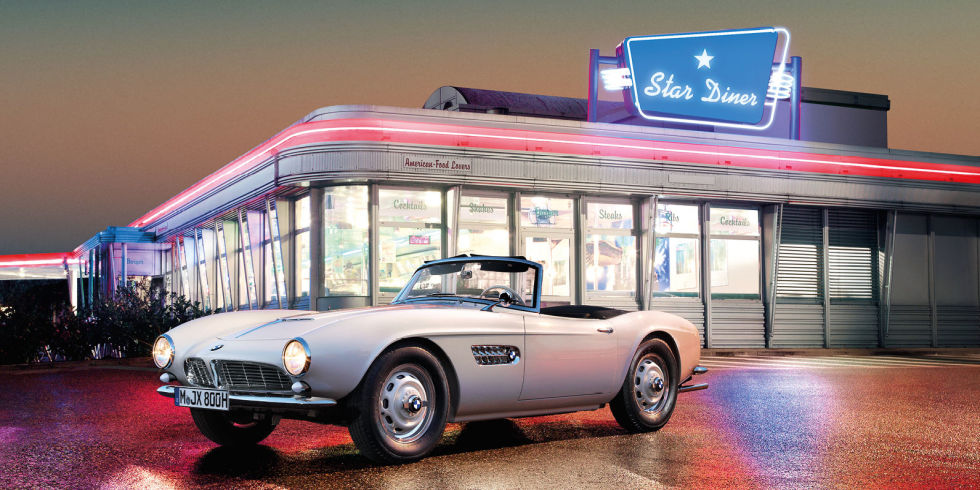 The story of Elvis’ 507 doesn’t stop there, the next owner of the car modified it for racing. While it might have been cool to throw the Chevy V8 under the hood, it absolutely destroyed the value of the car because not only did he swap out the original engine, but also the gearbox which required cutting the frame. After changing owners a few times it eventually ended up in the hands of car collector Jack Castor from Alabama in 1968. Not knowing of the cars history, he just stored it in an old pumpkin warehouse where it sat for over 30 years.

This is when it got really interesting. In 2006, while reading an issue of”Bimmer” magazine he noticed an article regarding the search for Elvis’ 507. So Castor decided to have the writer of the article come take a look at the 507 he had stored so many years ago. After running a few checks they quickly came to the conclusion that it was indeed the 507 that belonged to the King himself. 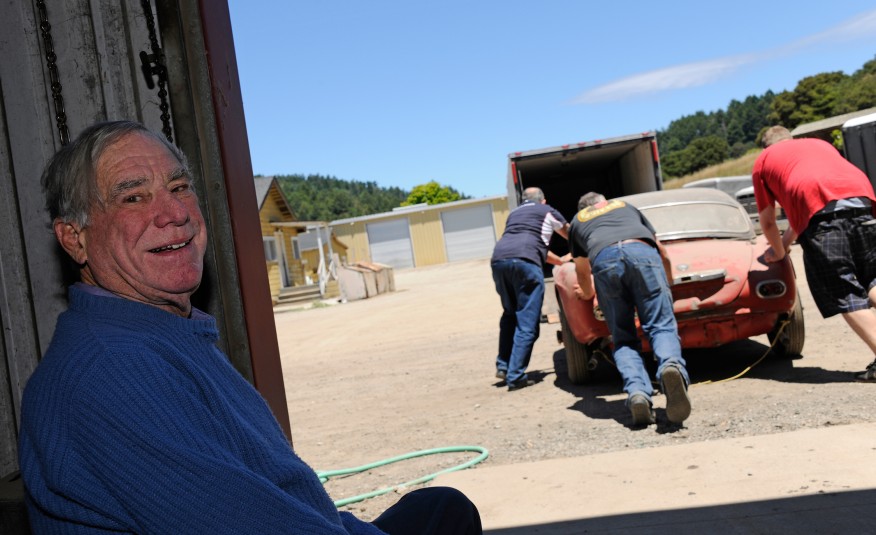 Jack Castor watches as his 507 gets loaded up.
Photo: caranddriver

Castor eventually caved in and sold the car to the BMW Classic Group in 2014 and they shipped the car as well as a few spare parts back to Germany. There they did a full restoration from the ground up, every nut and bolt was given the proper attention it deserved. As much as we love the Chevy V8, it had to go. In its place went the original BMW 3.2L V8 instead which produced roughly 150 hp. They also decided to take the car back to the “Feather White” like when it came off the factory floor. To give you and idea of how meticulous this restoration was, when painting the car they used the same meths and procedures that would’ve been used in that era. 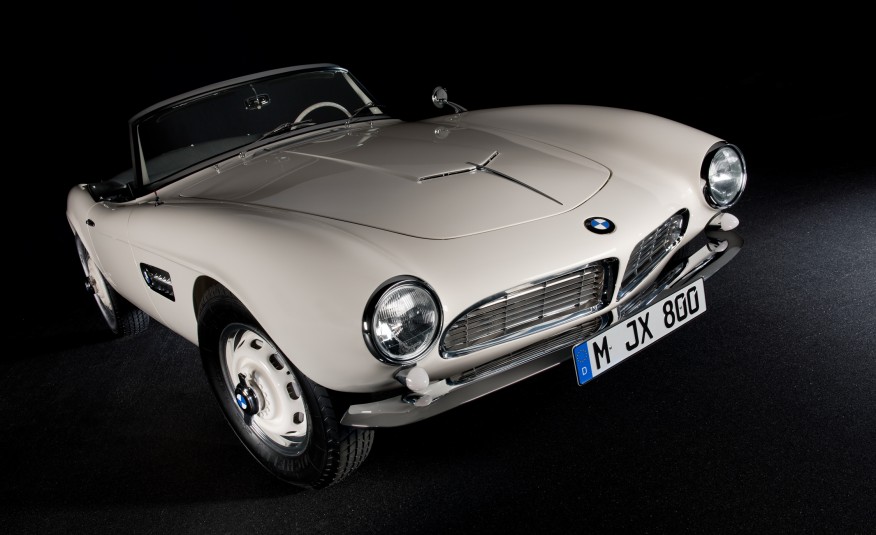 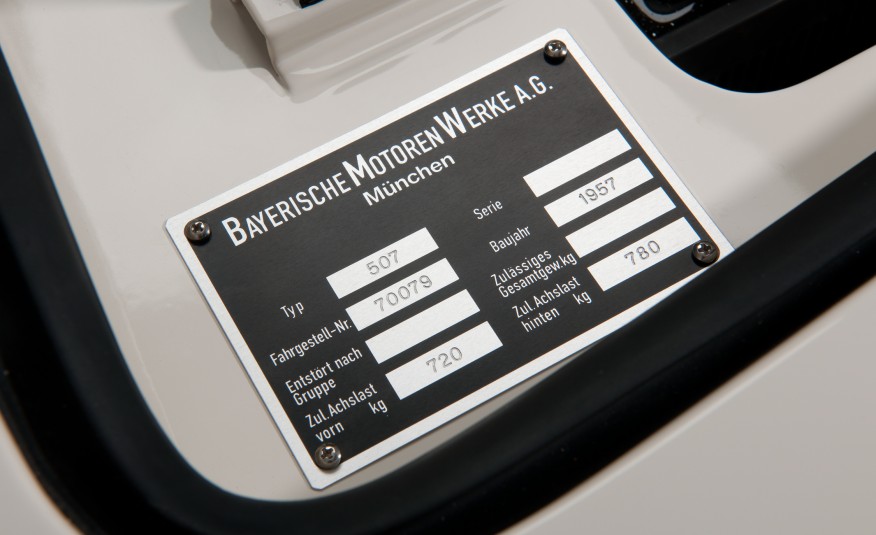 Needless to say when this car hits the Pebble Beach Concourse d’Elegance August 21st it will definitely turn some heads. To my knowledge it is not going to be sold at this event, just put on display for the world to see. However if you have the desire to try and purchase the car, You better expect to pay a serious amount of money. The $2.5 million estimation is for a 507 in near perfect condition, but now thanks to the BMW Classic Group this particular 507 is mint-perfect condition, and it was was owned by Elvis, and has racing pedigree. It sure is a pretty car though, no denying that. 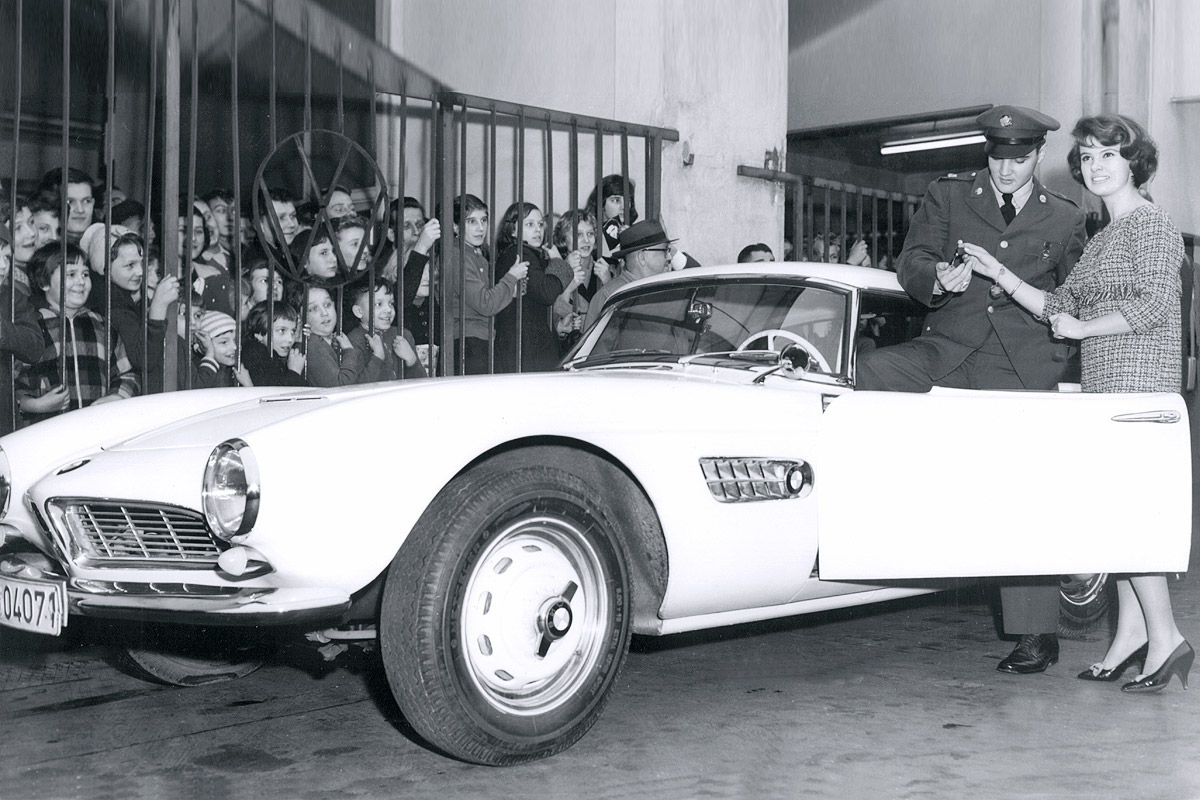