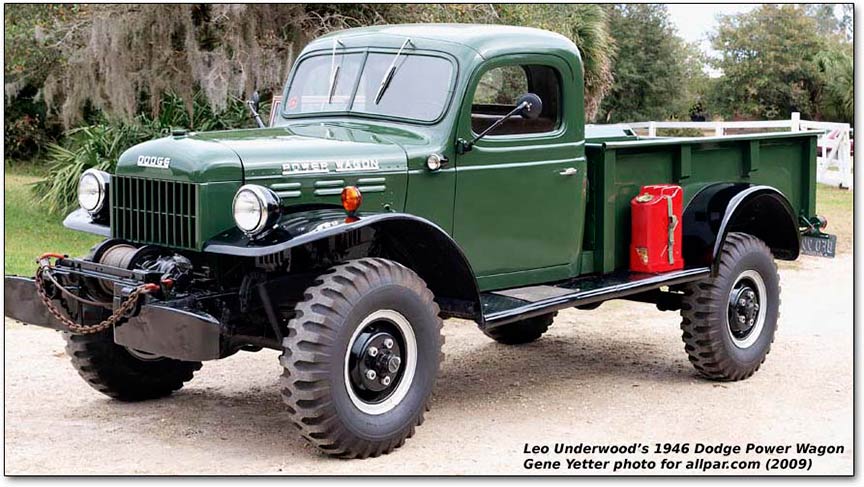 When the Dodge Power Wagon came onto the scene in late 1945 it was based of the WC trucks they had been building for the military for over a decade so it was definitely a tried and true chassis and four wheel drive power train.It later became available as a civilian model in 1946. It was designed to be a work horse and that is exactly what it was. It had an enclosed all weather cab to protect the drivers from the elements plus it had a full 8 foot bed for cargo. Powering the 3/4 ton truck was a 230 cubic that had roughly 95hp so it wasn’t going to win any drag races but it would always get you were you wanted to go, even if there happen to be a mountain between you and your destination. 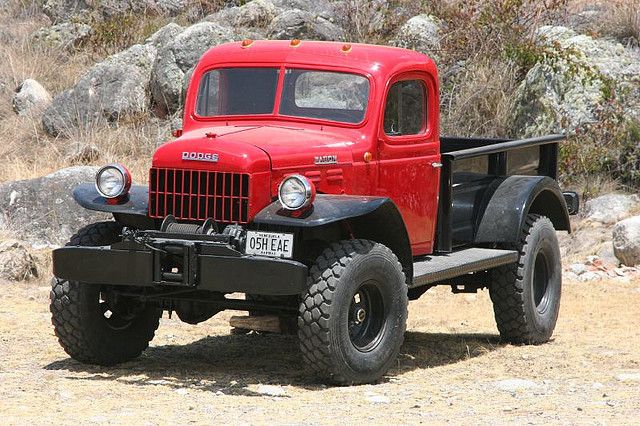 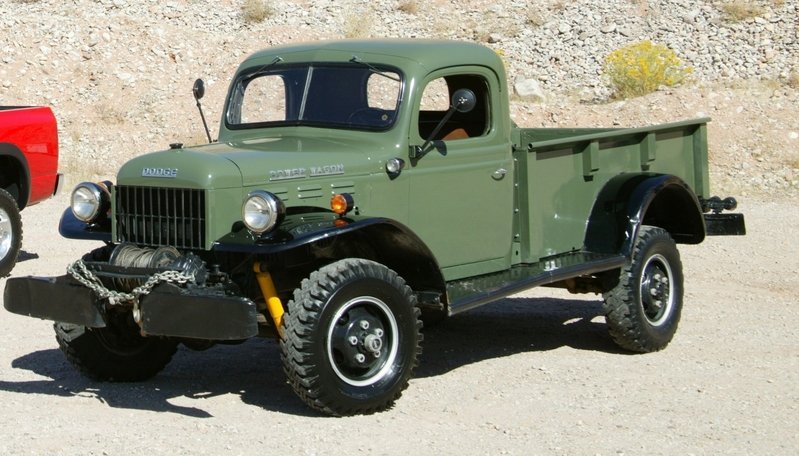 Not only did the Power Wagon have an excellent four wheel drive system, it also had what you call a power take off or PTO on the front and rear of the truck. What that means is you are able to transfer the power from the engine to small shafts that you could connect all kinds of equipment too. Things like a snow blower or if you were a carpenter they made PTO driven saws. Farmers loved em because they could drive em out to the field, hook up the mower, combine, plow along with every other piece of equipment you can name. Then once he’s finished his work he unhooks and drives on home to shower up and take is lady out on the town all in the same truck. There were many different models available customized to whatever sort of work the truck would be doing, they started offering an option for a V8 in 1967. 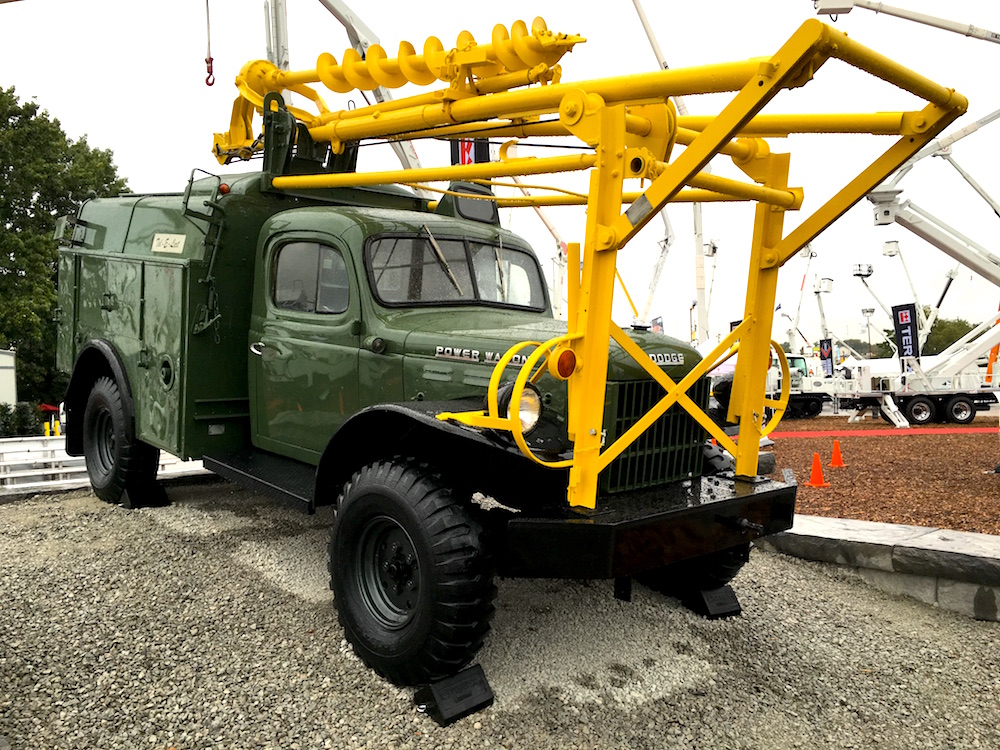 The Power Wagon continued to be manufactured until 1980 and wet through many different upgrades and design changes here and there. The first major change was in 1957 when it changed from its slightly pointed front end to a more modern looking design. Dodge later revived the power wagon name in 2005 making a few models available. But none of them ever seemed to look as all around tough and mean as the 1945-1956 model years. 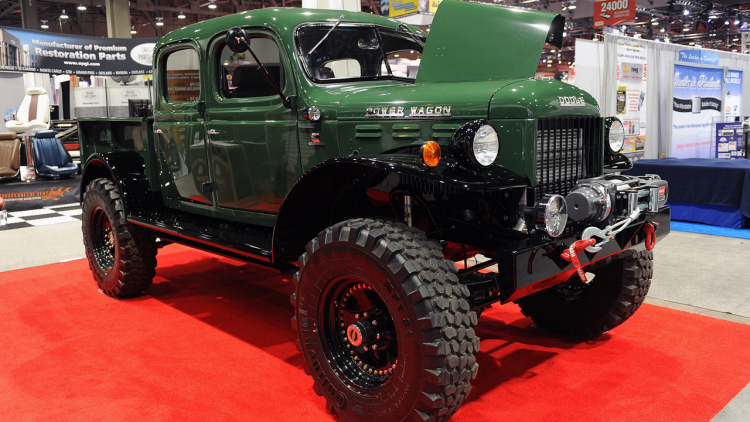