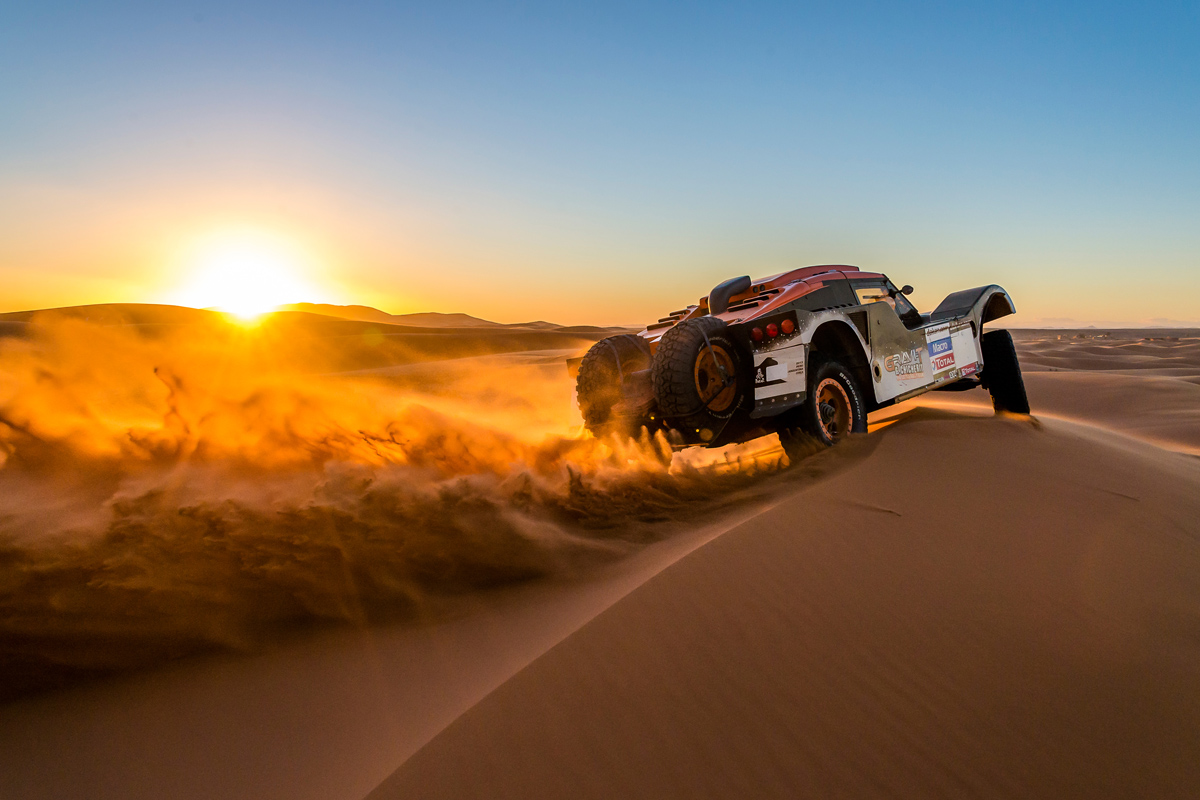 Very few races can compete with the likes of the Mexican 1000, the Mint 400 and the Isle of Man TT, but the Dakar rally not only competes with them, it almost makes them look like child’s play.

Its difficult to pinpoint exactly how many deaths have taken place due to the Dakar, but there have been approximately 51 fatal accidents involving competitors, including the three that lost their lives at this year’s running of the event. Including all the spectators, there is said to be more than 70 since the Rally started back in 1979. The race would start in Paris, France, and would end 10,000 kilometers (6,213 miles) away in Dakar, Senegal and would last roughly 16 days. That is like doing the Baja 1000 every day for two weeks straight. That is why the Dakar Rally is the toughest, longest and deadliest off road race in the world, but is also one of the most badass races in the world. Only the best drivers with the best machines in the world will even complete the race, and only the only the ones that also happen to have lady luck on their sides happen to win it. 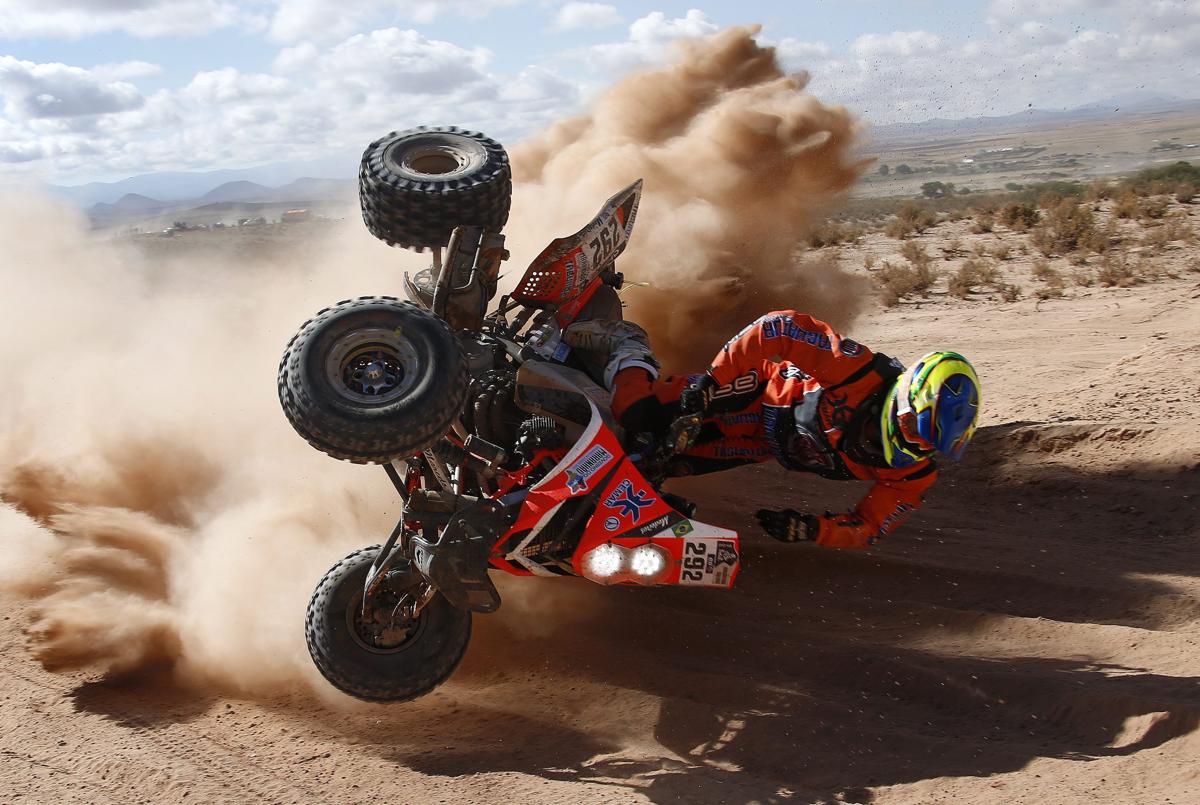 The rally became know as the Paris-Dakar Rally and ran vaguely the same course every year up until 2007. But there was some conflict in the Country of Mauritania that was a major part of the rally course that caused the 2008 Dakar to be cancelled as race organizers scrambled to come up with an alternative. They decided to relocate the race to South America using a route that would go back and fourth between Bolivia and Argentina, starting in Buenos Aries and eventually ending in Rosario, which is interesting considering that Rosario is less than 200 miles away if you were to drive straight there using normal roads. But of course, using the route created for the rally it turns into a 6200 mile war between man and his machine and the mighty mother nature. 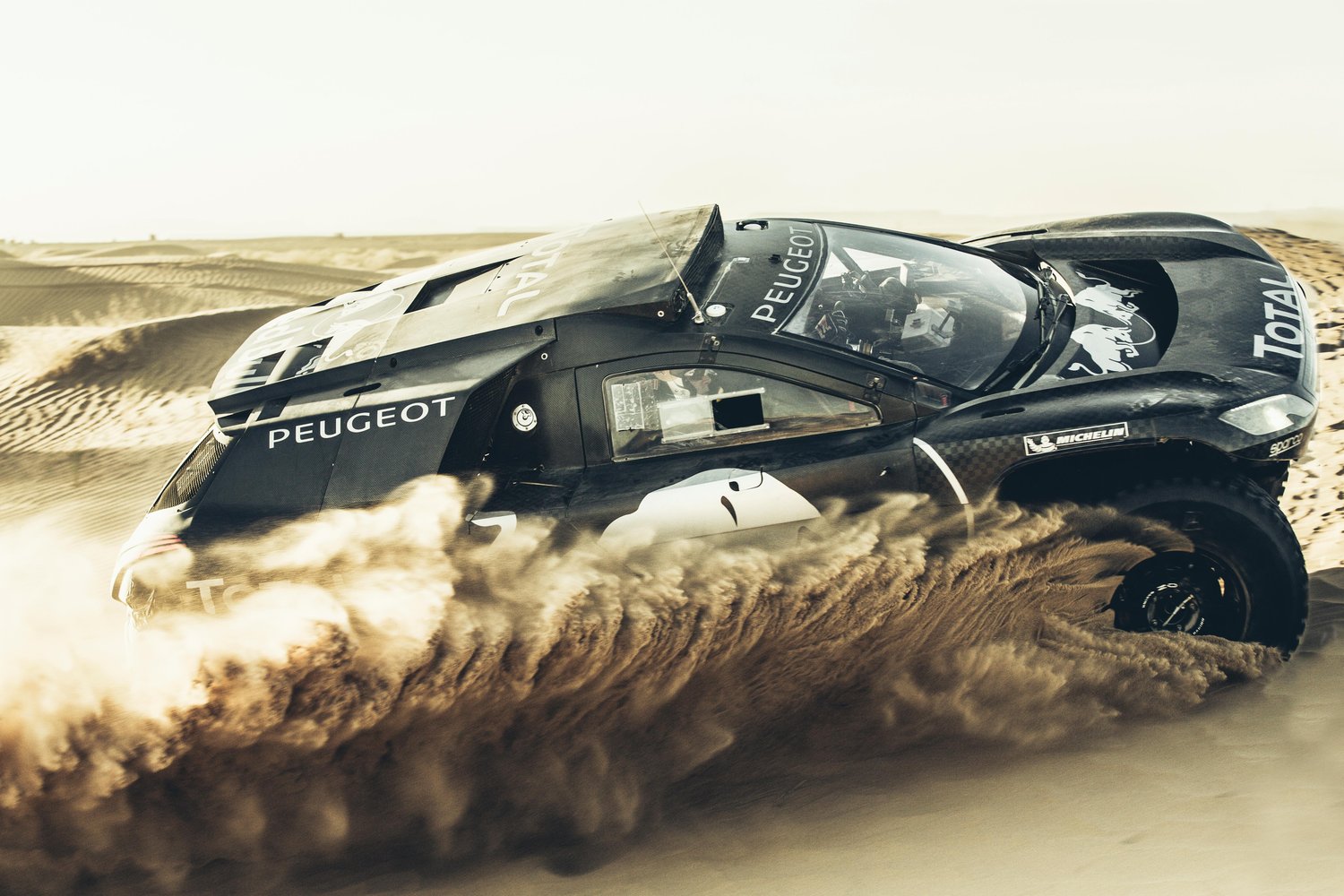 There are four main categories that compete in the rally, none of which resemble what we see in American desert racing. 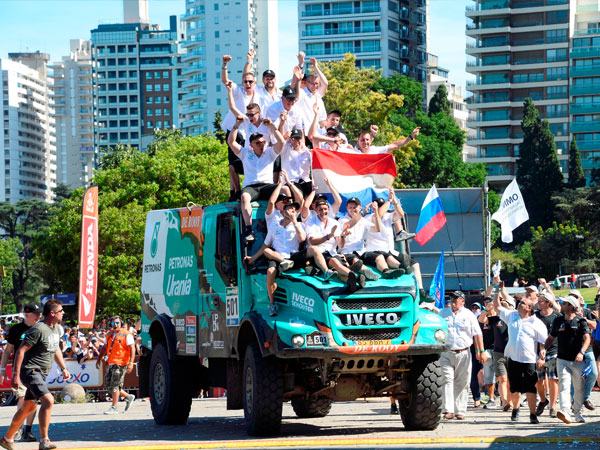 Photo to show size of the trucks. This was the Iveco that won the 2016 Rally
Photo: Iveco.com

The trucks are nothing like the trophy trucks we think of, these things are basically four-wheel drive heavily modified versions of the semi-truck you see driving down the highways. Kamaz and Iveco Powerstar have dominated the truck category for many years. We can only imagine how crazy it must be to bomb that big ass truck through some of the harshest terrain on the planet for that long. I bet it would an absolute blast, at least for the first thousand or two miles, but after that I would imagine its gets damn near torturous. 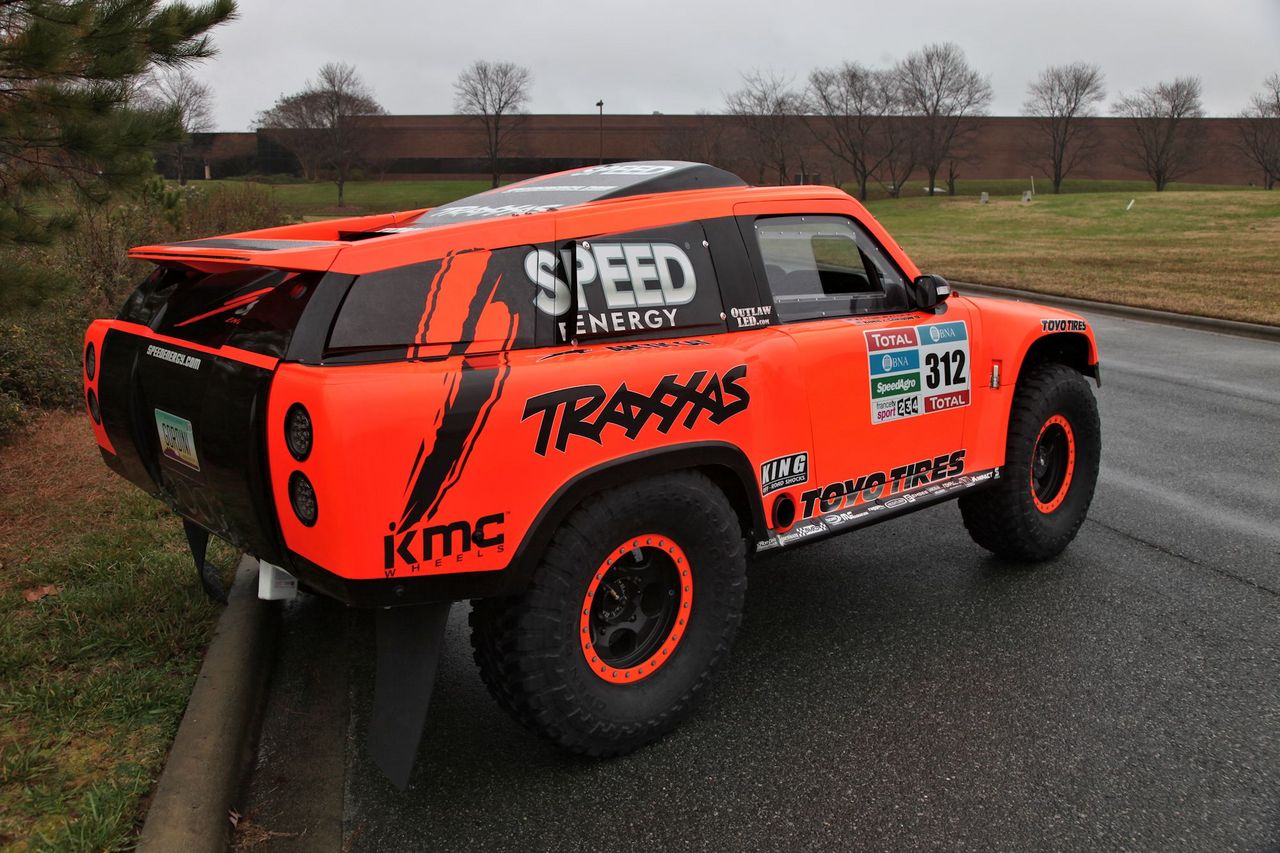 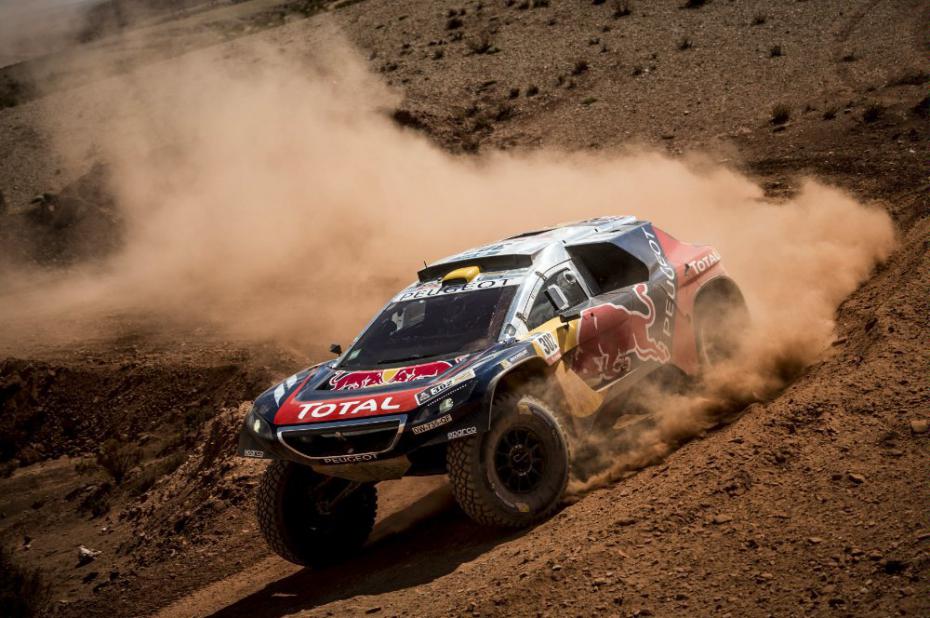 The Peugot that won the 2016 Rally driven by Stéphane Peterhansel
Photo: carstoofast

Next we have the cars, well they call them cars but really if anything they would be an SUV or something like that, but as a trophy truck. This would be the class that would even slightly resemble what we would see here in the States. These things are no joke, with 350+ hp twin turbo diesel engines, more than 18 inches of ground clearance and every bolt and piece put together from the ground up with one mission in mind, survive the Dakar. Super lightweight but also built like a tank these cars are definitely some of the funner vehicles to watch. Plus, they are usually the fastest of the four classes. 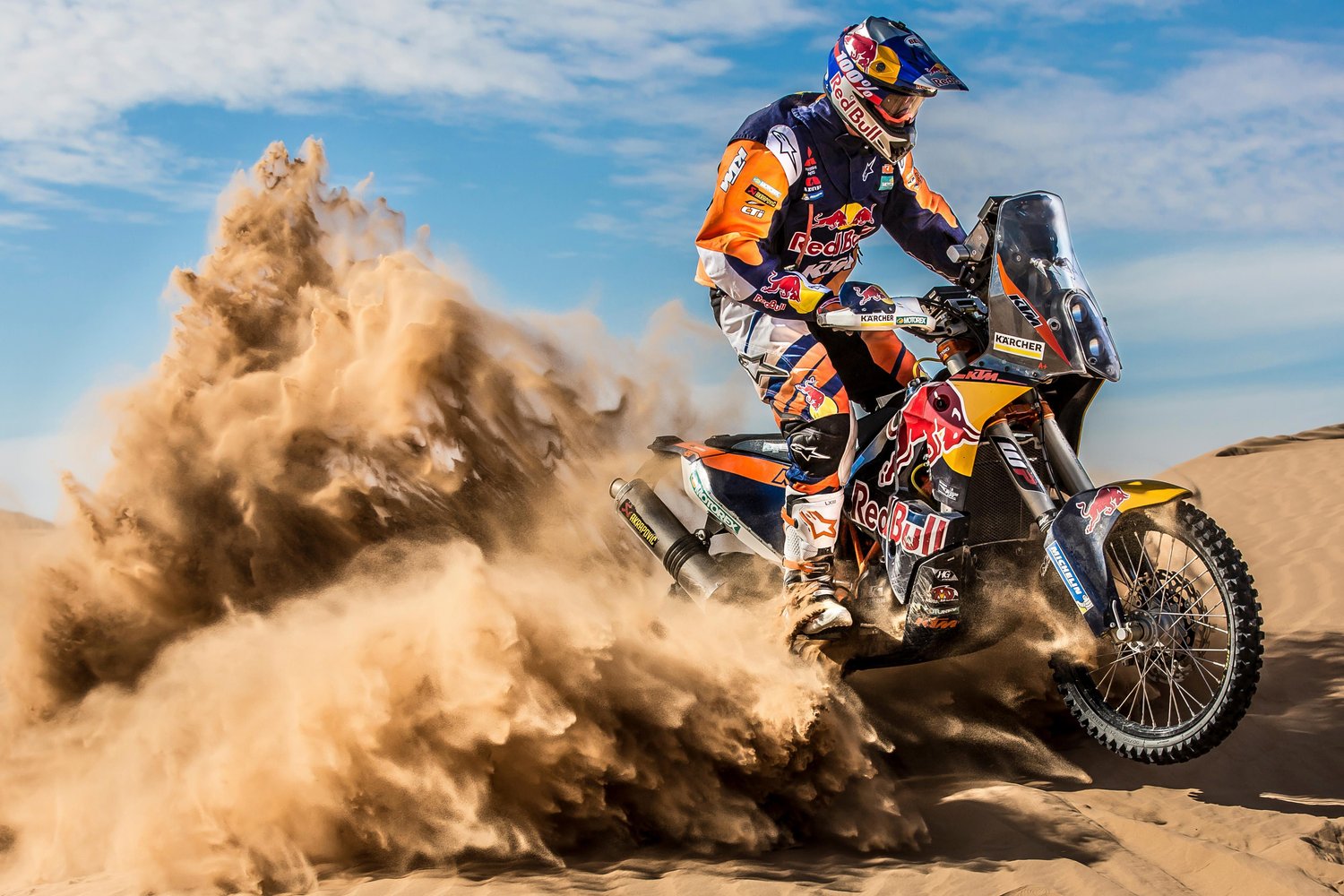 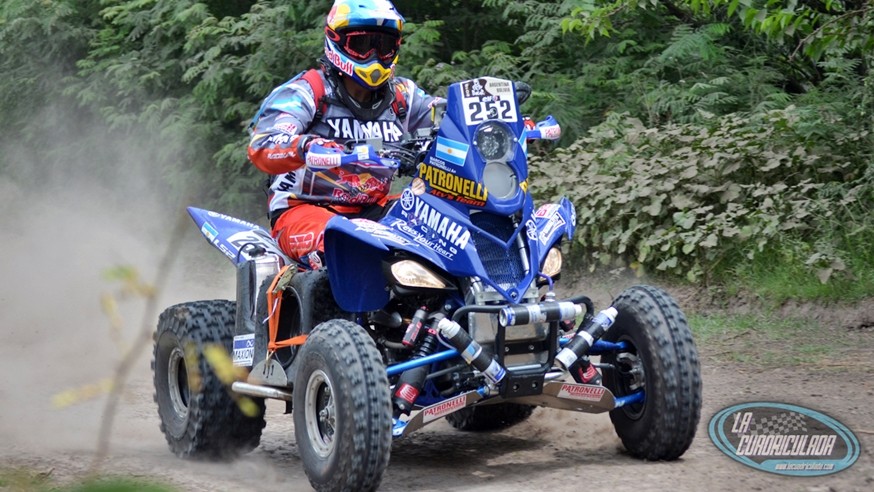 Now we get down to the last two categories and I am going to link them together, mainly because they are both without question the most insane of them all. Motorcycles and quads; yes that means that some maniac is riding a motorcycle or a four-wheeler (or quad) for over 6,000 miles off-road! This is another one that would be really fun, but only for the first couple hundred miles maybe and by then all of the fun would be lost and it would just be a battle to survive. At least with the car and truck you have at least some protection from the elements, however minimal they might be, where as with a motor cycle or quad it is just you and the machine with no barrier between you and mother natures wrath. KTM has dominated the motorcycle class for the past few years and Yamaha in the Quad class. These guys all deserve high-fives because they might just be some of the craziest people in Motorsports. 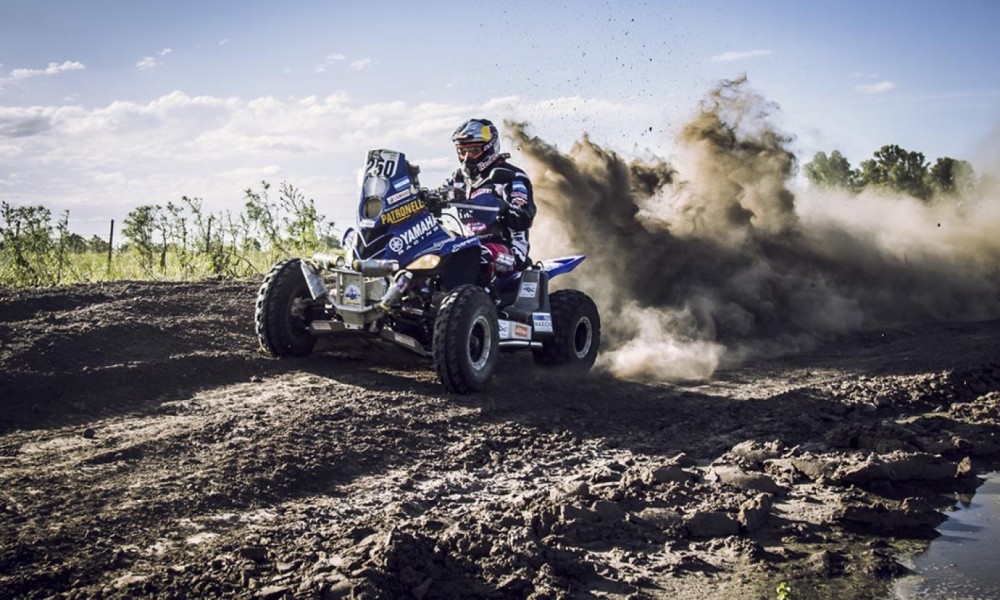 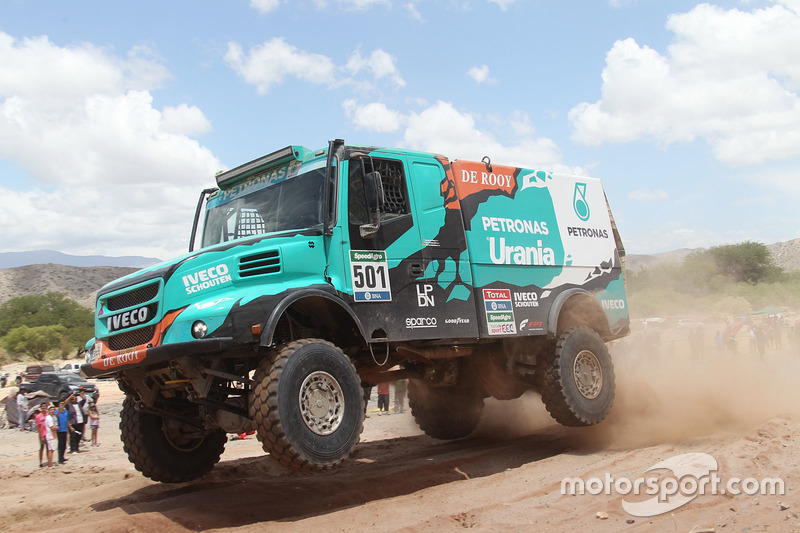 The amount of planning and organization that it must require to put on an event of this magnitude is sort of mind blowing. Considering that there were over 400 competitors at the start of the race and most of those competitors have full teams that would rival a Formula 1 or NASCAR team that is going to need to travel right along with the drivers so they can be prepared for pit stops and rest points along the many different stages. The flights, the hotel rooms, the shipping of all the replacement parts and so on , its a damn logistical nightmare. But every year they pull it off and although it may have earned the title of the Most Dangerous Racing Event in the world, I would imagine it would also be one of the most rewarding feelings in the world if you were to finish that grueling race.