Way back in 2002, the United States started the Click-it-or-ticket campaign. In an effort to push compliance over the top with seat belt usage, unbelted drivers and passengers would receive stiff fines for going beltless.

It’s hard to believe, but even after all these years, after so many stories of lives lost and of lives saved depending on seat belts, folks still debate the value of wearing one.

The history of seat belts is a tough battle from annoyance to acceptance, one the seat belt and its proponents are still fighting, but seat belts are nothing new.

You may find t surprising to learn we’ve had safety restraint devices since the 19th century. The first one was in 1885

Volvo comes up with online authorities as the first to invent seatbelts. The problem with this claim is twofold. At the time, we had few cars on the road.

The other problem is that Volvo was not yet in existence, not officially at least. The company wasn’t founded until 1927.

If it happened, the belt was neither a standard nor was it registered with the patent office. That distinction would go to Edward Claghorn.

The first patent for something similar to a seat belt, registered by Claghorn, was in 1885.

Many historians contest this registration because Claghorn’s belt had nothing to do with automobiles. It was for restraining tourists.

The patent indicated,”designed to be applied to the person, and provided with hooks and other attachments for securing the person to a fixed object.”

No wonder the auto industry didn’t take to his design. 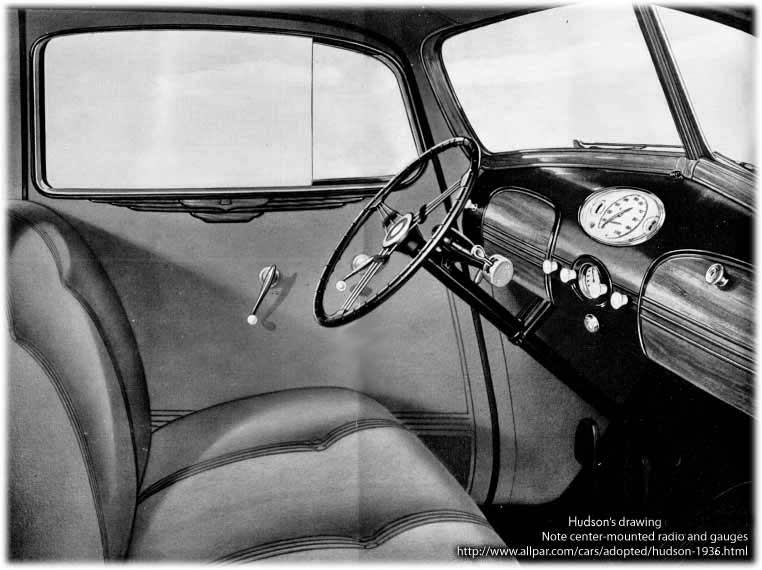 By the 1930s, the first two-point belt hit some cars, but they were not standard, and they were not popular. Most didn’t know they existed.

Designs varied, so even if one had a seat belt, he might not know how to use it. 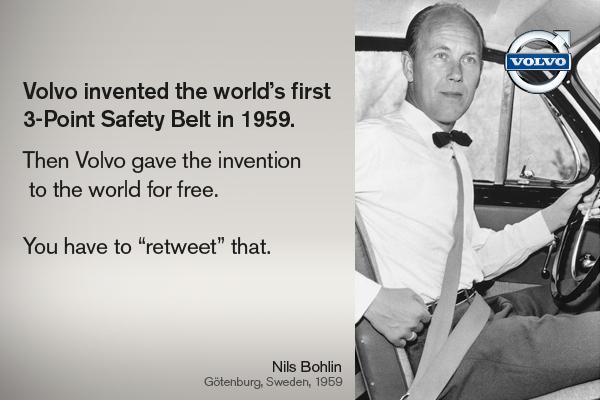 In 1958, Nils Bohlin, a design engineer for Volvo, patented a three-point belt system. It crossed the lap from side to side, but the chest, diagonally.

In 1959, as the follow-up to their two-point cross-chest belt, which they debuted only four years prior, Volvo introduced Bohlin’s three-point belt as a standard. 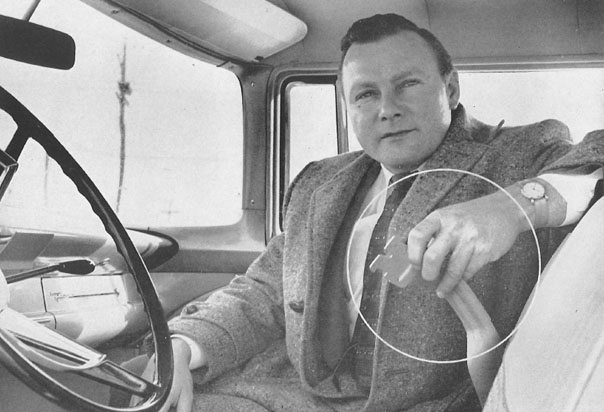 By 1963, Volvo introduced their three-point belt as standard in the States. In 1965, Europe also passed laws mandating manufacturers include front seatbelts.

By 1970, seat belts would become standard in U.S. cars, but getting them in the cars, and making people wear them would take decades to move the needle.

The arguments for and against seat belts range from the insane to the political, with some arguing that seat belt laws infringe on our basic liberties.

The logic behind seat belt laws is about money. When people wear seat belts, they get injured less frequently, which costs taxpayers less if you trace it back. Belted passengers are cheaper than their unbelted counterparts.