So allegedly there is a small controversy as to exactly when the first Harley Davidson motorcycle was sold. According to most of the information you wll see states that they first HD came in 1903 but there is also plenty of information out there stating that it wasn’t until 1904 or even 1905 before the first was sold. Harley celebrated its 50th year anniversary in 1954 which would imply that it was actually 1904, but then to throw everyone off when 2003 came around HD celebrated the 100th anniversary. There really isn’t much of a deference as to whether it started in 1903 or 1904 so we aren’t really sure why there is a conspiracy theory about it in the first place.

But non the less, the first Harley Davidson came out with a 24.7 cubic inch single cylinder engine and was painted piano black with gold pin striping. Interestingly the bet drive system that the HD used to move the wheel was connected using a leather strap. The bike weighed in at alone 185 lbs which for a motorcycle is incredibly light. But really though this thing was just as much a bicycle as it was a motorbike. It may have had the gas tank that just hung off the middle crossbar but it still had bicycle pedals as well in case you need to revert back to the old school pedal power. The only known version of the original Harley currently sits very well protected in a glass case at the Harley Davidson Museum. Its been said that most of the parts on the bike still have original serial numbers intact. 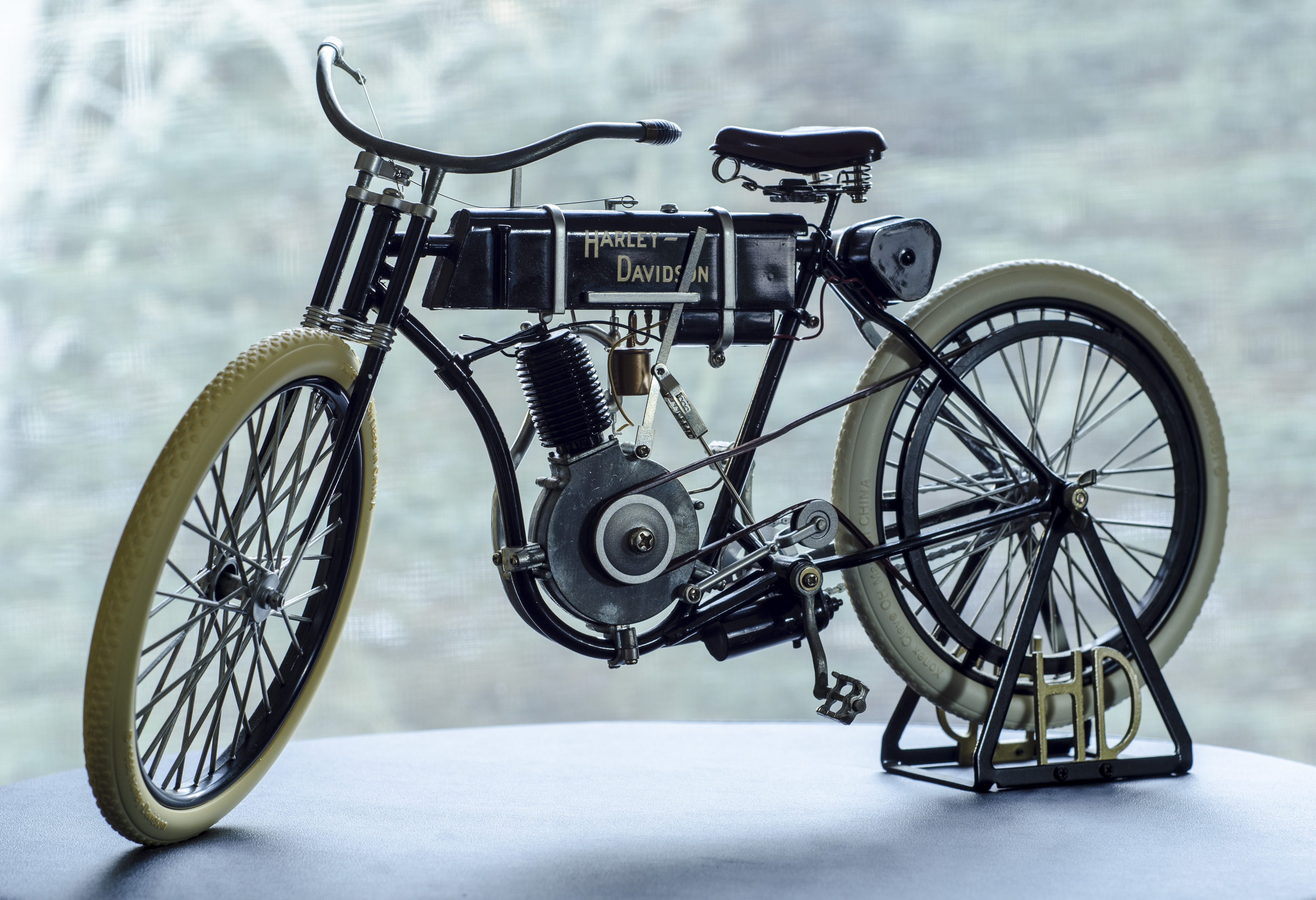 We may never get concrete information as to whether production began in 1903, 1904 or 1905 but again it doesn’t really matter. Harley Davidson went on to become a pop culture icon and is viewed today as one of the greatest American Companies.