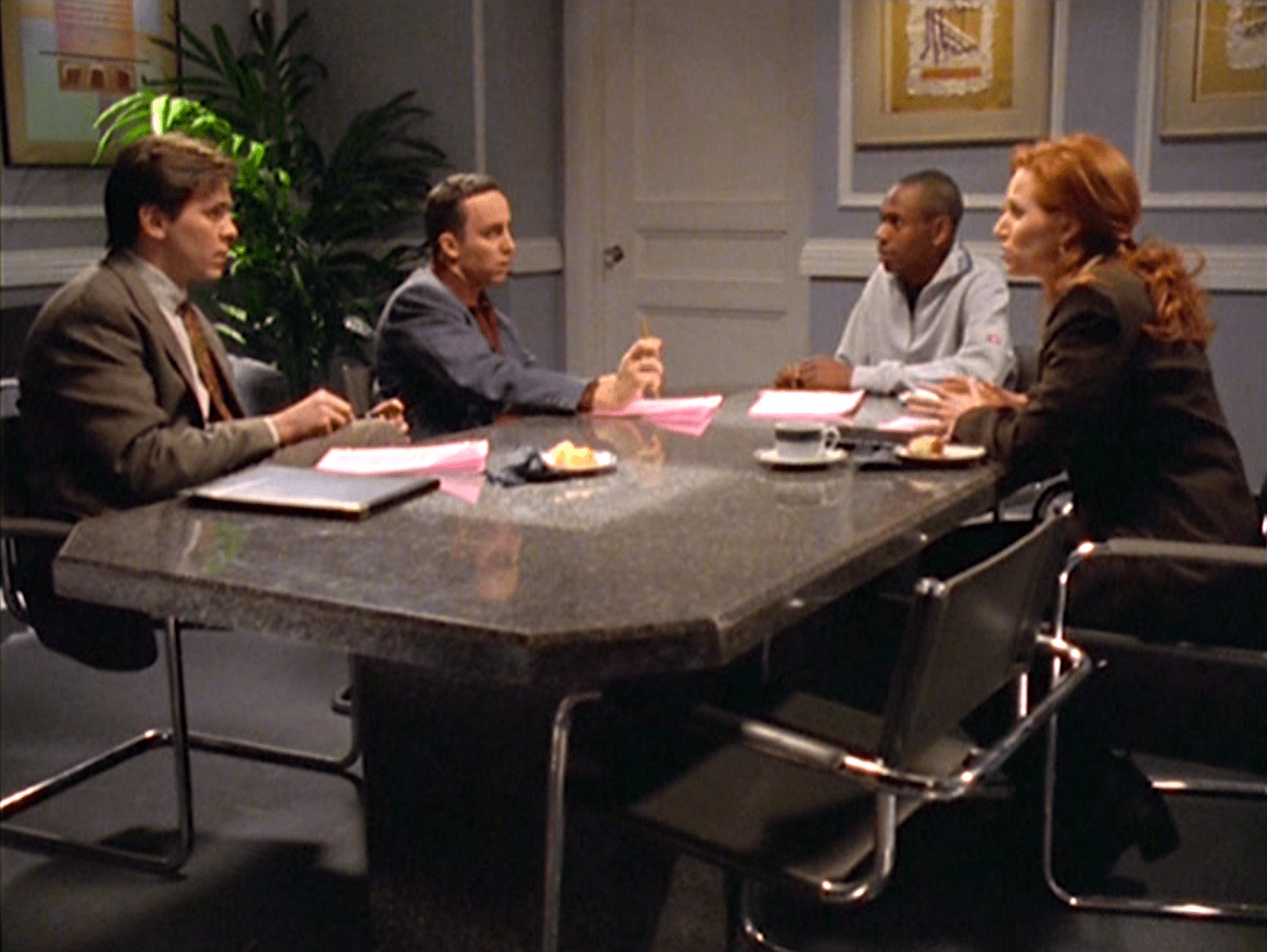 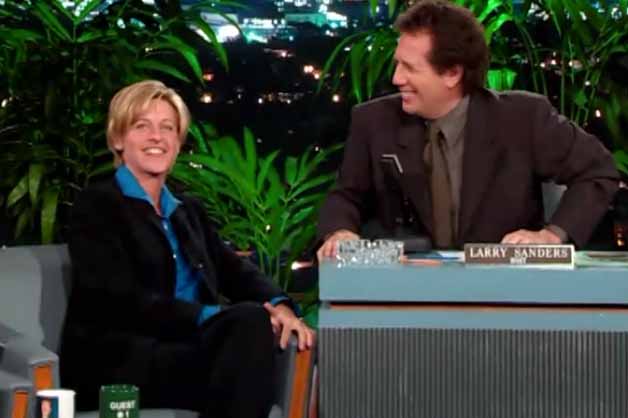 When Ellen appeared on the show, she was not yet out about her sexuality. Fans will remember that Degeneres was one of the first openly lesbian performers at a time when most actors lived with their sexuality as a secret or a mystery. On the episode of “The Larry Sanders Show,” Shandling’s character intends to out her, but he’s not sure if she’s actually lesbian. Comedy ensues. Degeneres is so big today, one only need to know her first name, Ellen.