For cell phones, folding was a passing fancy, one we were quick to look back on with our noses in the air. At one time, if the phone in your pocket could fold, you were head of the class. Then we got smart. Smartphones killed the flip phone, overnight. Anyone caught carrying one today is subject to the eyes of judgment, unless you’re this guy… 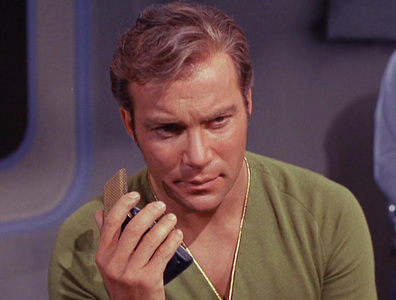 To all the Star Trek fans who thought they’d one day flip open a com like their heroes, nope.

They may get the chance to fold again if someone’s great idea for a folding car can make it production. One of the cars on this list was promising. It one point, it was gonna happen. Then NPR penned an article on why it failed.

In fact, none of these cars is the road yet, but they’re cool to look at. They’re all one-folders, meaning they are about twenty-folds away from George Jetson’s sweet ride.

If you don’t know George Jetson, then you are not our standard target demographic. Welcome.

In 2012, they promised us that the Hiriko was going to happen. Styled something like a small VW bug, it was an electric two-seater, aimed at city drivers. In fact, they called it the CityCar.

Everything about this car screamed must have it. It produced zero emissions, could park in a space half the size of a regular compact by folding in half, then could stretch out to almost the same length as the compact.

You entered the car through the windshield. It even had wheels that turned 120 degrees, so you didn’t even have to parallel park. There was no parking spot you couldn’t get into.

Buying a CityCar would’ve been difficult, though. The plan from MIT was to make them shared vehicles, something to get folks to the train and home. Think: Bike share program, but better.

Amid the financial strain of the recession, the problems with the concept doubled down in white collar scandal. Officials have since seized all the assets of the company, so no CityCar.

In a reverse fashion from the CityCar, the Kaist Armadillo-t folds from the back forward. That is if they ever produce it.

The original concept was the brain-child of Korean researchers. The Armadillo-t could fold from about three yards in length to half that when folded. The image is that of an armadillo folding up to protect itself from predators.

The driver has to get out to fold the car when it folds, so parking one completes with a remote. The rear wheels come off the ground, but two smaller casters drop down to hold the weight of the car’s middle.

The project has the support of the Korean government, with several agencies interested in seeing it come to fruition, but good luck buying one. Similar to the CityCar, the trail goes cold when you search for it.

What it looks like it one of those electric all-terrain vehicles that the kids drive these days, the ones that look like a golf cart on steroids. The difference is this cart can tuck its back legs underneath like kitty cat.

At full length, the Casple is about as long as the Armadillo-t, just about three yards. It will go 80 miles on one charge, with a top speed of 66 miles per hour. That’s faster than anyone needs to drive in the city.

Without doors, I don’t know how safe 66 would feel, plus I would worry about the independent read wheels. What if one leg decided to tuck at top speed?

What ever happened to this clever whip is anyone’s guess. After 2013 it disappeared from the spotlight.

Designers take note. The folded object has a shelf life. We’re sorta fascinated for awhile, but we quickly move on. When it comes to cars, it seems a mixture of dirty business and public interest that kills these ideas.

Drivers want cars that feel safe, even if they know they’re safe, they have to feel hefty. It makes you wonder how they ever made the Jetson fold-up, considering that car could fly.