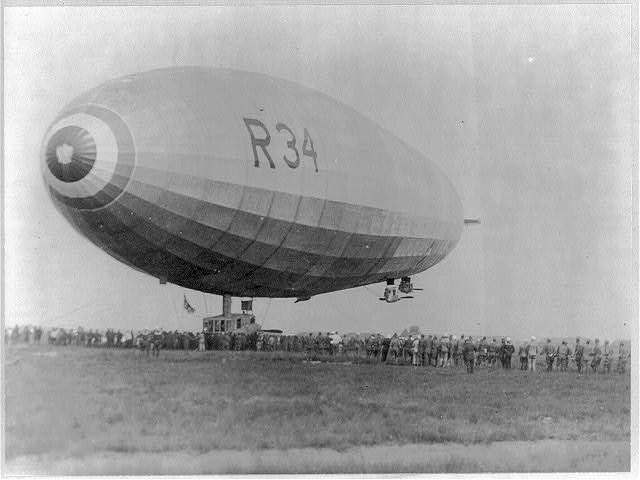 It was 98 years ago, July 6, 1919, that the British airship known simply as R34, arrived in Mineola, New York. This was the first airship to make that journey, long before we had planes that could travel that far. It only took 108 hours, about the same as an ocean liner of that time.

Still, the idea of flying via airship inspired people. We imagined whole cities constructed around creating airship ports for moving people up in the air. Mini-airships would park outside everyone’s home.

Of course, today we know better. Airships proved problematic, dangerous, but they were important to the bigger dream of travel. 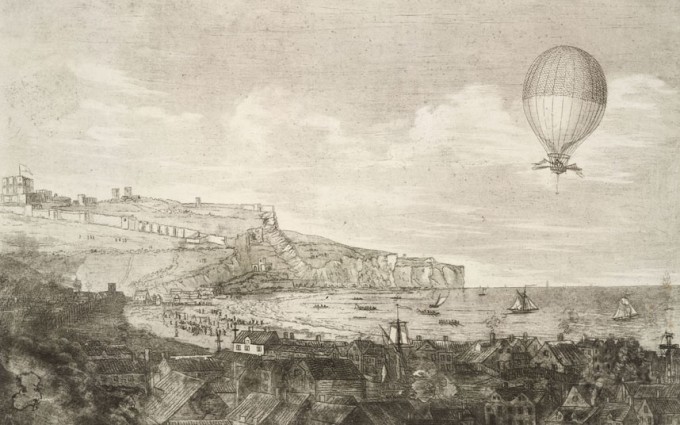 Airships pushed humanity to dream of new ways to get around. What started as balloon travel, metamorphosed into airships. The first balloons came about the 1700s.

In 1785, Jean-Pierre Blanchard and John Jeffries crossed the English Channel in a hydrogen balloon. They almost died by running too heavy, but made it by tossing everything overboard (including their pants), and proved it was possible to fly.

Then, in 1852, a man named Henri Gifford flew 17 miles in a steam-powered airship, which he could steer. It was in 1895 when a man named Count Ferdinand von Zeppelin patented a rigid airship design, not unlike the airships that dominated the turn of the century.

Zeppelin’s design wasn’t too far off what we have today. In fact, some people still call all airships, “Zeppelins.” The 1970s rock band, Led Zeppelin, is a humorous nod to his work.

Much of the airship excitement faded when, in 1937, the Hindenburg burst into flames killing 36 people. By the account of most historians, that crash took the airship travel business down with it. 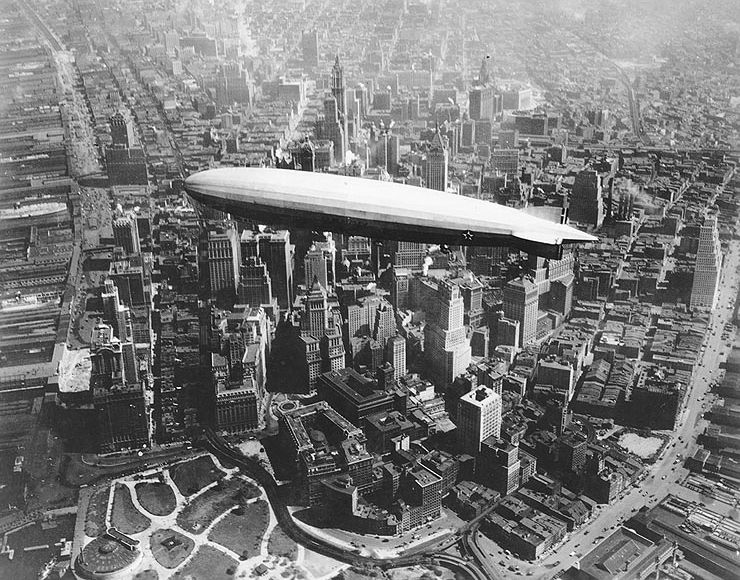 Of course, the R34 crossed the Atlantic long before the Hindenburg. When it happened, the headline of the New York Times read (in all caps): “R-34 CROSSES OCEAN, LANDS SAFELY HERE; FUEL ALL BUT EXHAUSTED IN 108-HOUR TRIP; BATTLED WITH FOG AND STORMS FOUR DAYS.”

Clearly, folks felt excited, especially in New York. The City was so into the airship idea, they built an airship port in 1930. It still stands today. You know it as the Empire States Building.

The spire of the tower was originally to be a beacon and mooring for airships. Sadly, no airship ever docked there. Designers even pushed the height of the new skyscraper to ensure airships could easily moor, but they jumped the gun.

The Germans, who owned the airship business at the time, weren’t shopping for a docking station. There were few people traveling via airship, even by 1930.

In the end, all the effort was for naught. It wasn’t feasible. The Hindenburg didn’t help. 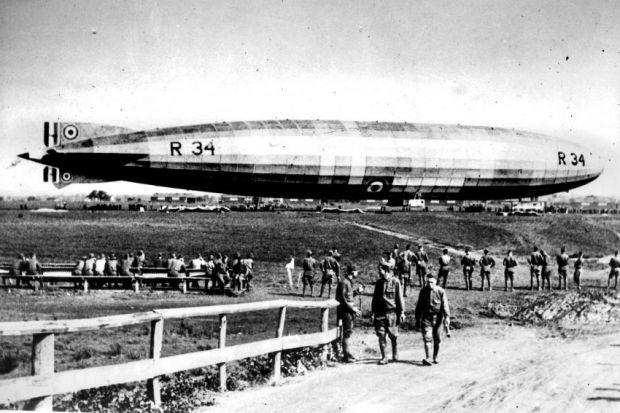 The humble little airship left Scotland one July 2, 1919. It traveled 3,130 nautical miles to Mineola, arriving at 9 A.M. on July 6. Major George Scott was the commander of the flight.

When he and his crew arrived, Scott sent Major E.M. Pritchard down via parachute to oversee the landing operations.

Wrangling an airship was nasty business. Lines required patience and strength from the ground. Accidents happened all the time.

Nonetheless, they secured the vessel for four days. Then, on July 10, Commander Scott pulled up his lines and returned to Pulham, England, setting another record: The first roundtrip airship Atlantic crossing.

Commander Scott would go on to fly other airships, including the airship R101, which crashed in October 1930, killing Scott, along with the British Airship program.

Without airships, pilots like Charles Lindbergh might have never made a go of crossing the Atlantic, which he did in 1927. Who knows the repercussions that would have affected history, had we not taken those first and sometimes disastrous steps.

Most importantly, what would Led Zeppelin have called themselves?