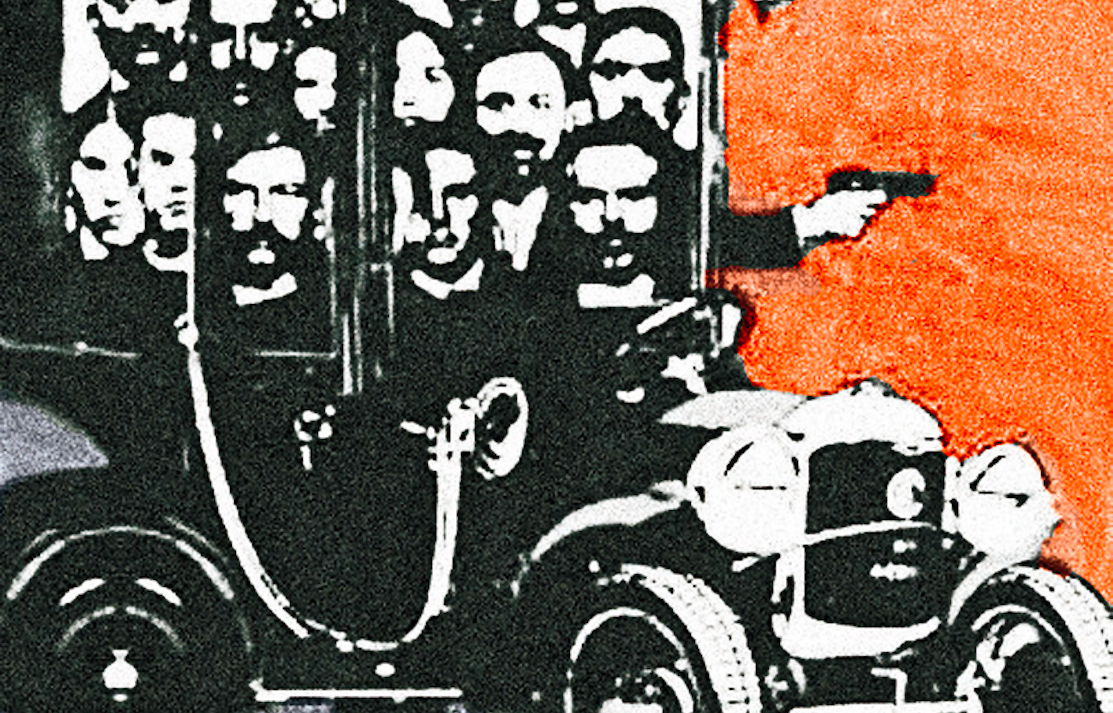 When, on December 21, 1911, the French gang of anarchists remembered as The Bonnot Gang robbed a bank, they fled in a stolen limousine. It was the first getaway car of the modern era. The press dubbed them Les Bandits en Auto, the Auto Bandits. Today we would just call them thieves.

While the glorification of bad guys as “not so bad” is an easy trap, I’ll hardly sprinkle glitter on these jerks. At the end of the day, the Bonnot Gang was a notorious band of killers and thieves. There’s no glory in being the first to think of a quick escape. There’s not much creativity in it either.

Figuring a faster way to evade capture is the motive of thieves today as it was at the turn of the last century, as it was in Byzantine. We can safely assume that the first group of humans to rob their neighbors the Neanderthals, first considered the speed of their escape route.

The Bonnot Gang wins the award for being the first murderers to leverage the car as a means to freedom. 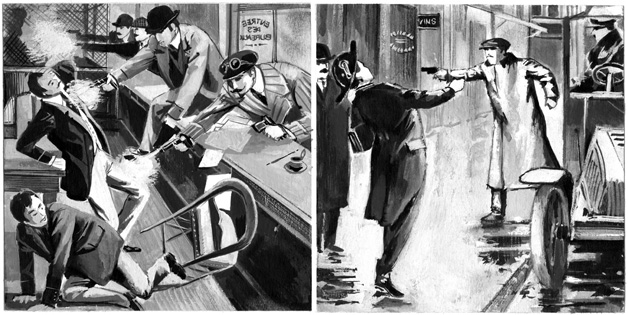 Writer, Richard Parry, characterized the Bonnot Gang best as illegalists in 1987 in his book, The Bonnot Gang: The Story of the French Illegalists.

The term characterizes a movement in pre-World War One France. The Bonnot Gang were just one group.

Gangs, as we know them today, we not really a thing back then. The Bonnot Gang was a group who carried advanced repeating pistols, killed people who stood in their way, and who each subscribed to an ideology.

In their case, it was anarchy, the idea of no or limited government. Anarchy is a much more complicated concept, not one we’ll get into now.

The Bonnots also happened to be vegetarians. Try cramming that ideology into the profile of a modern gang member.

Illegalists like the Bonnots engaged in illegal activities like they were an art form. They may have started with the best of intentions, funding their revolution and such, but it the end they only struck terror into early 20th century Parisians. 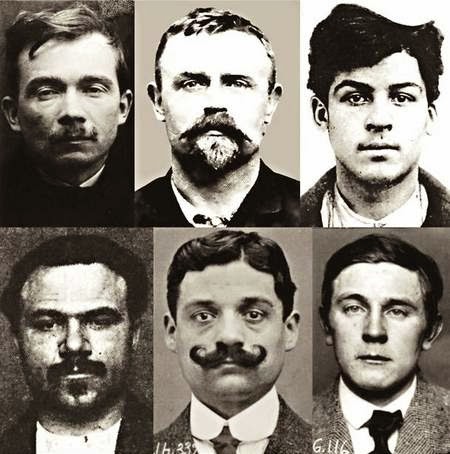 The Bonnots felt justified in their attacks as they usually hit the wealthy. Since the wealthy lived off the labor of the less fortunate, this was justice, not crime.

Octave Garnier, was a long time thief when he organized the group. He’d been jailed many times, but still lived off robbing houses.

When he met Raymond Callemin, Jean De Boe, and Edouard Carouy at a boarding house, he shared his idea for a bigger operation. Plotting with Callemin, they imagined a theft where they would use a stolen car to make a quick getaway.

In December of 1911, Jules Bonnot started hanging around the group. Bonnot was a former French soldier, and an anarchist, a perfect fit for the gang.

It was Bonnot’s leadership that put Garnier’s plans in motion. He organized the group to carry out crimes that would befuddle the police. But first, they needed a car. 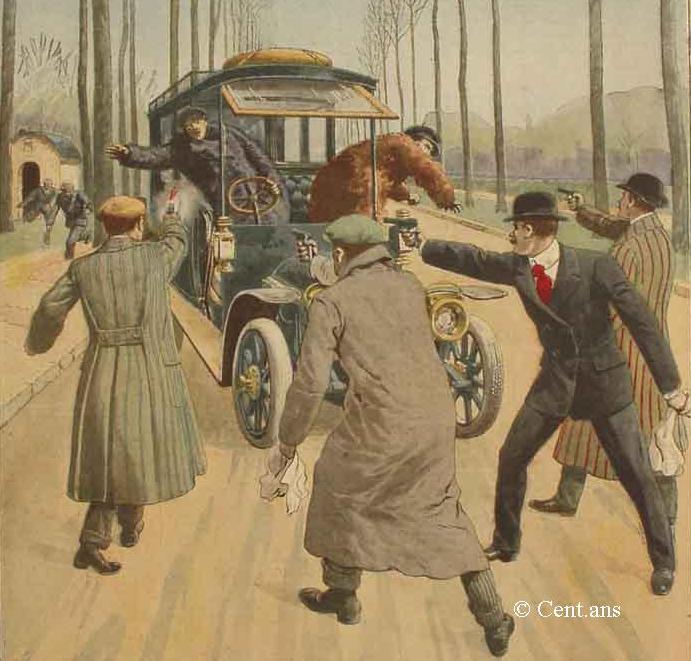 As an idea, the getaway car hasn’t changed much since the Bonnot Gang. Their plan—steal a car, use it to commit a crime, get away, then ditch the car—remains a template for robberies.

Since the car belongs to none of the thieves, once abandoned, the thread connecting them is severed. The first thing the Bonnots had to do was get their hands on a car, not easy at the turn of the century.

Their first attempt failed. They tried to steal a parked car from a garage but were nearly caught. Changing their tactics for the second attempt, they would steal a car on the open road.

There’d be fewer witnesses, and nowhere for the car occupants to run. With automatics and Winchester repeating rifles in hand (more advanced than what the Paris police used) they stopped a limousine on the Champs-Elysées.

The limo stopped and the driver and passenger tried to flee, but the Bonnot Gang shot the occupants and took their De Dion Bouton.

Once they had their car, it was bank robbing time. The Paris heist was not without its share of heroes trying to stop them, but with their firepower and the limo, they managed to get away as planned.

The story from there does not go well for the Bonnot Gang, but they’d already made their mark on the modern heist.

This would be the holdup format for the next hundred years or so: the getaway car.