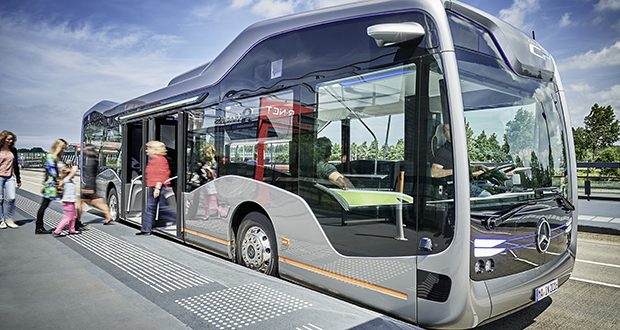 Humanity may not have artificial intelligence yet. We don’t even have fully autonomous cars, but we’ve got buses that don’t need a driver. Guess what? They’re on time. In fact, by all accounts, they’re early.

It’s been two years since the prototypes for the automated buses hit the road, but in Helsinki, Finland, they are already up and running. Vegas too is getting in on the act.

It’s only a matter of time before every metropolis will want in.

We all knew this day would come, but it’s here much earlier than any of us projected. It’s like finding out you’re pregnant when you were trying for it in the first place. 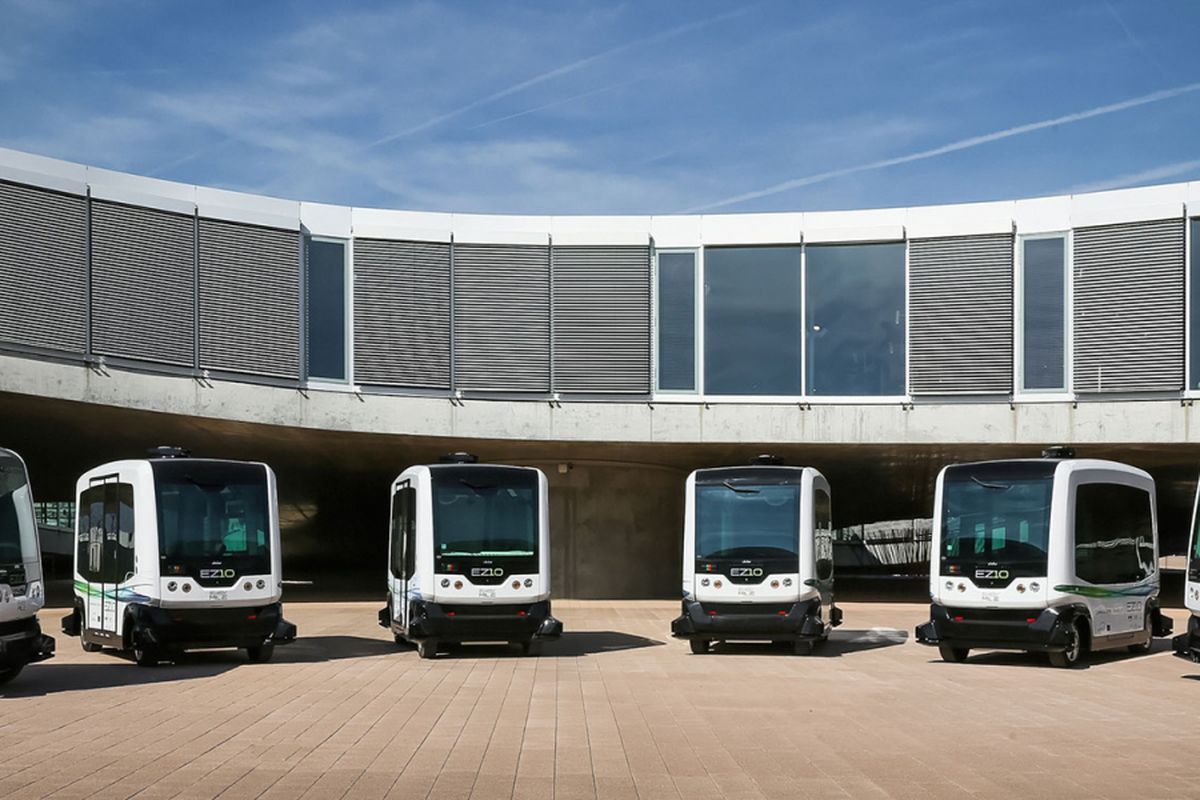 Trials of the service started in 2015 in a remote area of Helsinki. They put an operator on board each bus in case, but with no incidents, they’re now pulling the driver and expanding the coverage area.

The Easymile EZ-10 vehicles could carry up to twelve passengers at a time and moved at a zippy seven mph.

They aren’t exactly the metro line of the future, not for anyone in a hurry, but it was a good start.

It went so well, now officials plan to expand the routes to more population dense areas.

“If we want to get real data, we need to have it in an area where the same people will be every day,” said Harri Santamala, director of the Helsinki smart mobility program, to Fast Company. “So we are now aiming toward the local people, feeding them to the tram or metro lines…” 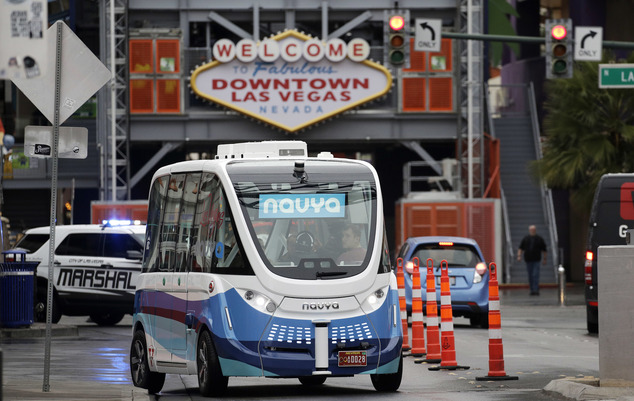 Moving somewhat faster than Helsinki, Vegas headed straight for the Vegas strip this past January with an autonomous bus test. Well, it wasn’t exactly the strip, but right near it on venerable Freemont Street.

The Vegas shuttles, like the Helsinki versions, carried twelve passengers at a slow, but faster than the Helsinki system speed. At 12 mph, the Vegas versions moved by comparison, but could reportedly go even faster according to the company behind them.

They partnered with Navya, the French company who created the Arma shuttle. (Yeah, I hadn’t heard of it either.) Anyway, Navy says the shuttles can go 27 mph without a problem.

There’s no word on the next step, but the program director for the program manager for the transportation engineering division at the City of Las Vegas’s Department of Public Works said “a year or two, if not sooner” 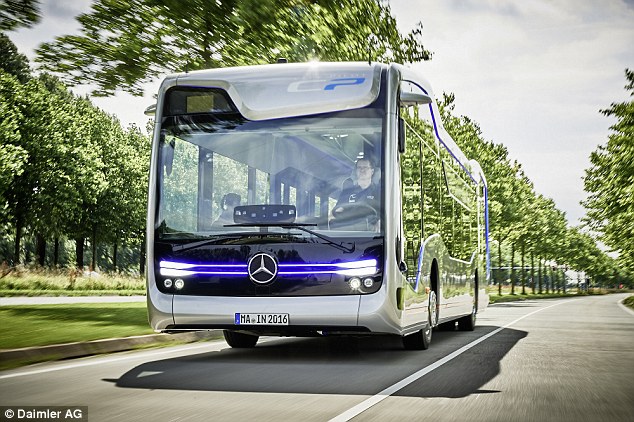 The biggest challenge facing autonomous vehicles at this point is not the technology of those vehicles. It’s good enough that Mercedes has a full-sized working version ready to go.

The problem is the other drivers on the road.

As Santamala says, “The machine always follows traffic rules, and people often don’t.” When there are accidents with autonomous vehicles, it’s human error 100 percent of the time.

Also, cities are not yet set up to handle a bunch of autonomous vehicles all searching for a curb to unload passengers.

The other concern is that, as these vehicles become more mainstream, drivers may start to anticipate their over cautious nature, taking risks in hopes that the autonomous vehicles give way.

At present, we still have few laws on the books about liability and how these vehicles should operate.

The municipal bodies of the developed world had better move quickly. It’s not a matter of the technology moving fast. It’s already here.