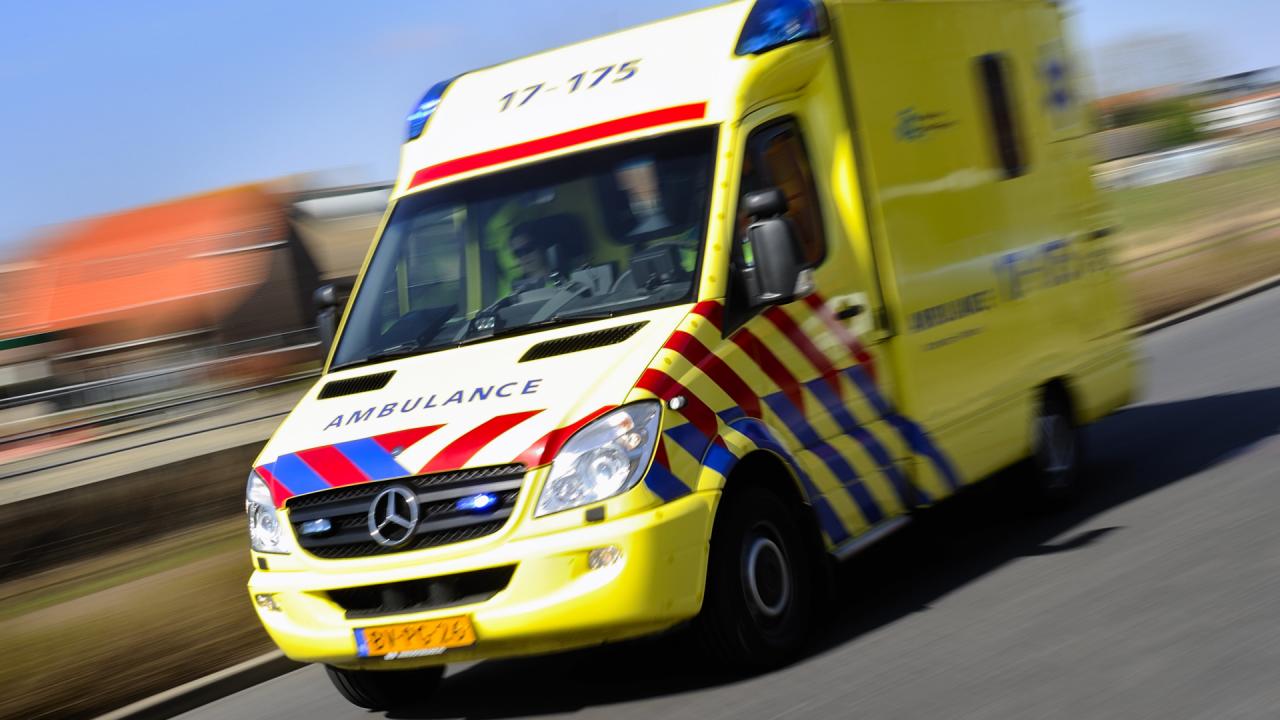 There is one good reason to become a paramedic: driving super fast without impunity. The second best answer is to save lives. Kidding, mostly.

When humans first used ambulances, there were no speed limits to break. Heck, there were no engines to start either. There were barely wheels. It was pretty much about saving lives.

Early ambulances were litters, vehicles containing beds enclosed by curtains, with wheels. They wheeled into battlefields to scoop up fallen soldiers. It would take hundreds of years, tons of innovation, and some sweet lights to arrive at the ambulances on the road today.

Regardless of what it’s about now, ambulances started with the goal of saving human lives. 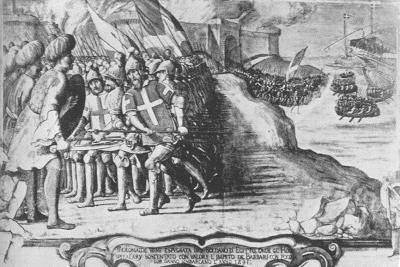 As early as 900 CE, history records the use of litters to collect the fallen by the Roman Empire. This crude system of charioting the injured prevailed until the Knights of St. John, otherwise known as the Knights Hospitaller, showed up.

The Knights were a Catholic military order, ordered by the Pope and founded in 1080 CE, with the goal of providing care to the fallen Knights of Templar during the Crusades.

Remember the Crusades? That was when the Pope said it was okay to kill, so long as they were Muslims killed by the anointed Knights of Templar.

To care for the sick, the Knights employed the use of horses pulling wagons. It wasn’t much more evolved than the early Roman versions, but the Knights popularized the idea of caring for the sick in such a way.

What they had, however, wasn’t yet an ambulance, not by name. 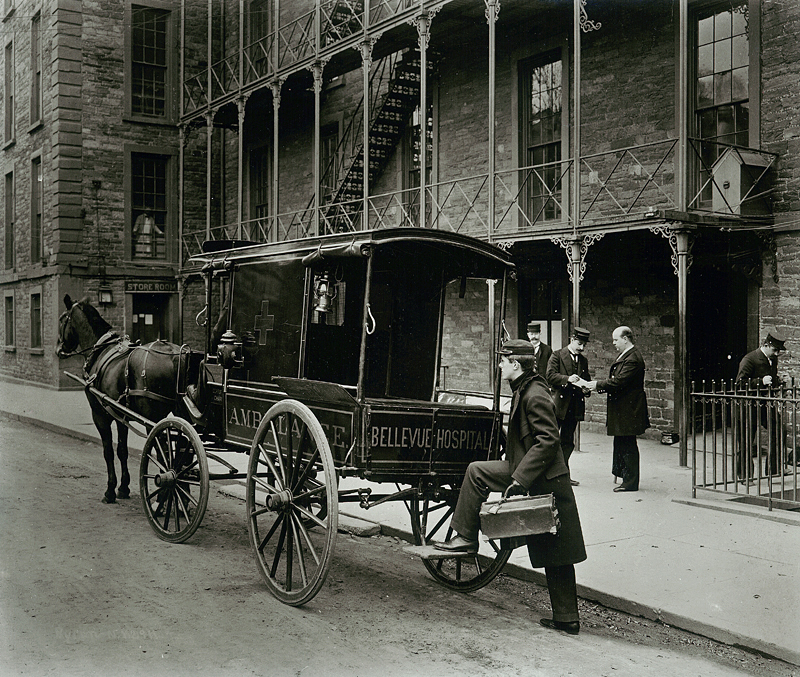 War drove the practice more than anything. In 1487, the Spanish monarchy of Isabella I created the first ambulances, so named from the Latin etymology of the word.

The Latin word Ambulare means to walk or move about, thus we get the English word ambulate, which borrows from the same etymology. The Spanish ambulances, horse-drawn covered carts, worked with field hospitals to care for fallen soldiers.

Those field hospitals, tents with doctors and medical tools, stood a safe distance from the action. The wagons would wait until the fighting stopped, then pick up the soldiers still alive for transport to the tents.

It made for good PR. Spanish volunteers would enlist as soldiers under the premise that they would receive the best care if they fell on the battlefield. That is if they could hang on until the battle ended until the ambulances could pick them up.

France’s Napoleon used an updated version of the Spanish system in 1793. He has his ambulances pick up fallen soldiers during the battle.

Not too bad for an evil dictator.

The U.S. Army also developed ambulances of sorts, starting with the Revolutionary War. Unlike Napoleon, the Continental Army waited three days to pick up fallen soldiers, and only if they lived that long.

Not so good for the land of the free. 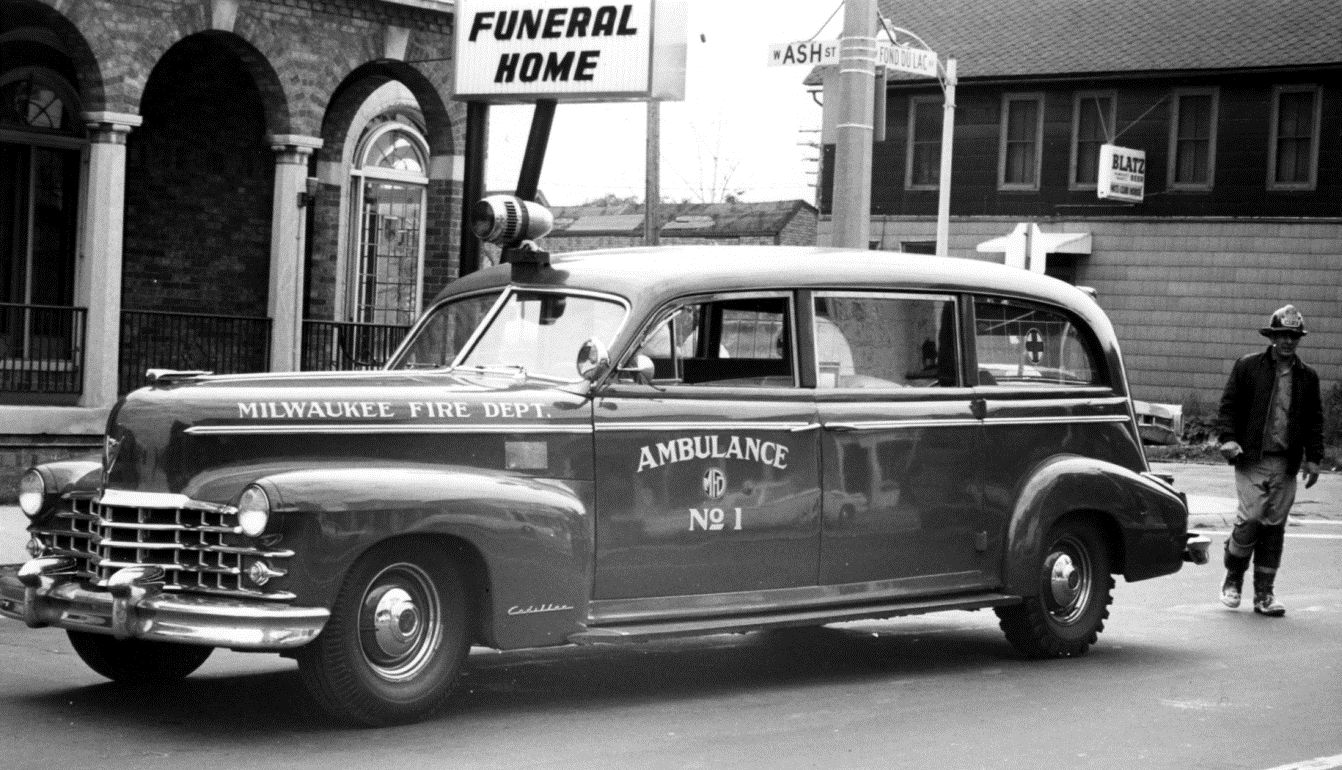 The progression from ambulances used in war to ambulances used in the private sector plodded through the 19th century with little progress. The U.S. and the U.K. both witnessed the creation of private services, especially in developed areas, but it would take the invention of the automobile to make a real change.

In 1899, the first motorized ambulance went to work in Chicago, Illinois, and the Michael Reese Hospital. It took donations from 500 well-to-do windy city businessmen to fund the single ambulance.

The first gas-powered ambulance was the Canadian Army’s, a military vehicle, of course. Rumor has it that it alternatively ran on maple syrup in a pinch.

Then, in 1909, the first mass-produced ambulance came on to the scene. A carriage company modified their design for a hearse to create a new kind of emergency vehicle. It not only had a motor, but lights, a cot inside, and seats for paramedics… which they called attendants.

By the end of the Great War, ambulances were more common, and not only on the battlefield. The end of the war brought motorized ambulances to civilian populations, a fringe benefit of all the fighting.

It didn’t take long for ambulances to improve with the march of technology, adding equipment, emergency lights, and better vehicle performance.

The 1960s saw the wagon style ambulance grow into larger van styled vehicles, closer to what we have today.

Ambulances on the road today outperform most of the world’s clinics. They have more equipment to save lives than ever before.

A person could have two equally valid reasons for being a paramedic: driving fast and saving lives.